Reject the Meta - A Guide to Unconventional Bot Lanes

When there are so many champions, items, and strategies to keep track of in League of Legends, it can be easy to get stuck playing pretty standard picks. These are the champions that are tried and true, and probably appear in your games more often than not. This is because players often look to what everyone else is playing and simply choose a variant of that, especially in a game like League where it can be hard to keep up with patch notes and shifting metas.

Nowhere is this more apparent than in the Bottom lane, where the picks tend to feel the most normalized. Almost every Bot lane matchup will pit you against a Marksman and a Support. The Marksman is there to be an attack damage (AD) carry, dishing out consistent physical damage with primarily auto attacks. Supports are blessed with a little more variety, having the option to choose between subclasses such as Engage Supports or Enchanters. Regardless of their designation, though, they exist mainly to protect and enable the Marksman, who is looking to scale up towards the late game.

This combination is perfectly fine, and there is a reason it has been the (almost) uninterrupted meta for years. However, I'm suggesting you think outside the meta for a second, where you can find incredibly fun combinations of Mages, Bruisers, and even Assassins to bring into the Bot lane. Not only can these picks bring a little variety into your games, but they can have some really effective strategies that may net you some sweet, sweet LP. So grab a duo partner and take a look below!

This duo brings together the Noxian Grand General and the Tiny Master of Evil for some spicy Bot lane shenanigans. Despite their difference in height, these two champions have some impressive synergy that makes them a force in the Bot lane. Veigar will be the "Marksman" of this lane, taking all the CS since his Q ability will infinitely increase in damage as long as he is killing minions with it. Swain will naturally be the "Support" then, and he can also stack his passive's health bonus infinitely by hitting champions with his W and pulling them out of crowd control (CC) with his passive right-click ability. This means both of these champions can scale into late-game monsters, and their methods of scaling don't even conflict with each other!

This duo also has a bread-and-butter combo that is not only effective, but quite simple to execute as well. It goes something like this:

1. Veigar places a cage around the enemy ADC or Support (or both!) using his W ability. This traps them inside, stunning them if they hit one of the cage's walls. Swain can then pull them out of the stun and closer to you!

2. Veigar uses his other abilities (Q and E) to hit the enemy while they are trapped.

3. Swain also places his W ability inside of the cage and aims his Q and E at the enemy inside. His W hitbox is almost as big as the cage so it will be very likely to hit the enemy, especially when they are trying to dodge everything else flying at them.

4. If the enemy is hit with Swain's E, he can pull them into one of the cage's walls to stun them!

This may sound complicated, but you essentially put Veigar's cage around the opponent and then unleash a flurry of damage and CC at them with all of your other abilities. This combo can easily kill an enemy AD carry throughout the entire game if your team is even or ahead, and it can be very difficult to escape. Just make sure that you don't get engaged on when your abilities are on cooldown afterwards, and the Bot lane should be yours to conquer.

This is a non-Marksman pair that even saw some professional play for a while due to its immense kill-pressure. Taliyah will play the carry here, last-hitting minions while Pantheon looks to set up plays. Whenever the enemy ADC or Support is out of position, Pantheon can engage on them with W, which will stun them for one second. Taliyah can use this opportunity to place her W ability under the stunned target and push them back towards her through her E explosions. This quick combo does hefty damage to its victim, and also leaves them in a disadvantageous position. Look to get aggressive with this tactic frequently, and the enemy Bot lane will be scared to even approach you.

Taliyah and Pantheon's synergy actually extends out of the Bot lane as well. Both of these champions possess semi-global ultimates, allowing them to travel extremely quickly around the map. Once you establish an advantage in Bot lane, then, you can look to extend your advantage to other parts of the map. If you ever see the enemy Mid laner exposed, for example, you can both rapidly travel there with your ultimates and look to punish him. Transitioning a lead in lane to other parts of the map is a critical component of winning games, and these two champions make it easy to pull off.

Ah yes, a duo as old as time. Even though this is a combination of champions with a long and storied history for many players, it is no less effective today. Anyone who has played either of these champions can probably guess what their strategy is when they come together (hint: Malphite presses R and then Yasuo presses R). Indeed, Yasuo's ultimate requires a knock-up in order to use, and Malphite's ultimate is a brutal dash-and-slam that knocks up anyone he hits. This is a simple combo that is sure to bring some hurt upon enemy Bot lanes, so make sure to play aggressively and utilize its potential whenever you have your ultimates up. Also, try to get to level six before the opposing Bot lane and immediately jump on their AD carry; most probably can't survive this and you'll get yourselves an early lead.

I mentioned that this is a well-known pairing as far as unconventional Bot lanes go, but there is one lesser-known trick that can make this combo really excel. The key is taking the Hextech Flashtraption (Hexflash) rune on Malphite. This rune can be found on the first row of the Inspiration tree and it greatly increases your playmaking ability on the champion. Flash often adds some critical range to your ultimate in order to catch unsuspecting enemies off guard; however, it has a lengthy cooldown of five minutes. Hexflash helps to remedy this, allowing you to channel a Flash while your normal Summoner Spell is on cooldown. The channel time means it can't be used reactively, but you can channel it from a bush or behind a wall to give your opponents a good jump-scare and (hopefully) a gray screen when Yasuo follows up.

One's cute, the other's spooky, and when facing both of them together in Bot lane your opponent won't know whether to laugh or cry. This duo is certainly unusual, but a "Marksman" Neeko combined with a "Support" Fiddlesticks can work together in surprising and impactful ways. The first synergy you'll want to take advantage of here is their passive abilities. Neeko can disguise herself as an allied champion until she takes damage from enemy champions or uses her Q, E, or R abilities. Fiddlesticks' passive, on the other hand, replaces his trinket wards with Effigies, which resemble idle scarecrows and will perform an action once stumbled upon by an enemy champion. Fiddlesticks can also make himself appear as an idle scarecrow by simply not moving.

If you have a mind for devilish deceptions, you can already see where this is going. Neeko can disguise herself as Fiddlesticks and constantly send out clones of herself (which will still look like Fiddlesticks) from bushes or the Bot lane alcove. The real Fiddlesticks will place as many Effigies as possible around the lane, and eventually throughout the opponent's jungle when lane phase ends. Throughout this process, both disguised Neeko and the real Fiddlesticks can intermittently stop moving in lane, in bushes, or in the river to pretend to be fakes. The goal here is to constantly confuse your opponents, making them question whether a scarecrow is an Effigy, a Neeko clone, or one of the two actual champions. Then, while they're trying to pull back the curtain on your antics, you surprise them with both of your ultimates at the same time. The frightening combination of damage and CC from these abilities (along with your follow up attacks) should prove fearsome enough to make your opponent think twice about playing at night.

Are these duos for me?

If you're struggling to snag some wins with these champion combinations, try considering how they fit into the wholistic team composition first. If your Jungler and Mid laner already have a lot of magic damage, then using Swain and Veigar might not be the best choice for that game. Likewise, if you're going for a bursty combo like Neeko and Fiddlesticks, you might want to make sure you have a source of sustained damage elsewhere, such as an Urgot in the Top lane. Some games might be best suited by a standard Bot lane anyway, but keeping picks like these in mind will allow you to approach the game in innovative ways.

Don't let your ideas be restricted to only these duos either! League has dozens of champions with unique and hilarious interactions, and thinking about how to utilize some of the most unexpected ones might be the key to your next victory. So next time you're queued up for Bot lane with a friend and are about to lock in Ashe and Thresh for the seventeenth time, consider hitting the remix button—it might just give you something you can jam to. 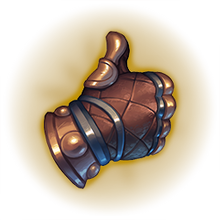 Dignitas is an international esports team with one of the most iconic and recognizable brands in the professional gaming industry that fields teams in many of esports' largest and most popular games. Dignitas' innovative and authentic brand position offers a premier opportunity for partners seeking a direct portal into the gaming and esports market. Read More