Heralding in Victory: How to Use the Rift Herald Effectively

As one of the primary objectives available to take in League of Legends, the Rift Herald is as iconic as it is impactful. Much like the dragons that spawn on the bottom half of the map, the Rift Herald can drastically alter the tempo of a game, snowballing your team to victory or facilitating a clutch comeback. Unlike its winged counterparts, however, the Rift Herald has a unique active component, which means that your interaction with the Herald does not simply end when you kill it. So how can you ensure that you're using the Herald optimally? Well, read on for some tips that'll make the Rift Herald become your team's new hard carry. 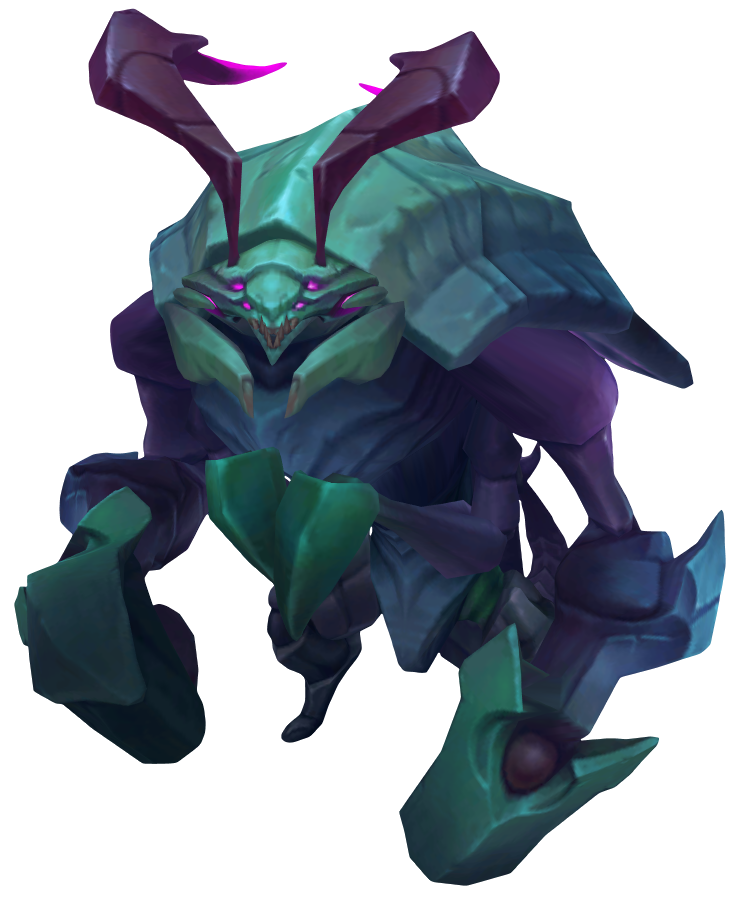 Before telling you how to best use the Rift Herald, though, it would be rude of me not give you an introduction. There are actually two Rift Heralds that can spawn on the fields of Runeterra throughout the course of the game: one at 8:00 and another 6 minutes after the first one is killed (so long as the first one is killed before 13:45). The first Herald has lovingly been given the name "Shelly" by casters and fans alike, and although the second one has had several names proposed, I'm personally fond of calling it "Heraldine." Regardless, Baron Nashor spawns at 20:00, so that's when either Shelly or Heraldine must scuttle back home to the void.

The Rift Herald is defeated in essentially the same manner as other map objectives, but it has a giant, glowing eye on its back that is just asking to be hit. Attacking this will do a sizeable chunk of damage, and basic attacks to its body will cause this eye to reveal itself more frequently. Kite around the Herald to optimize eyeball damage and take the objective quickly. Whichever team kills the Herald can pick up the Eye of the Herald, which will replace your trinket ward with the ability to summon the Herald for your team. It's usually best for the jungler to pick this up so they can roam the map and drop it wherever its needed. While holding the Eye, you also get Empowered Recall, allowing you to return to base more quickly.

When summoned by consuming the Eye, the Rift Herald will appear and march down the nearest lane. It can get distracted by enemy minions and champions, but it'll look to charge into the first enemy tower it comes across. It cannot be stopped once it starts the wind-up to its charge, and this charge will deal roughly two plates' worth of damage to the turret.

Okay, so now you know all about everyone's favorite corrupted Scuttle Crab, but how do you successfully capture it in the first place? 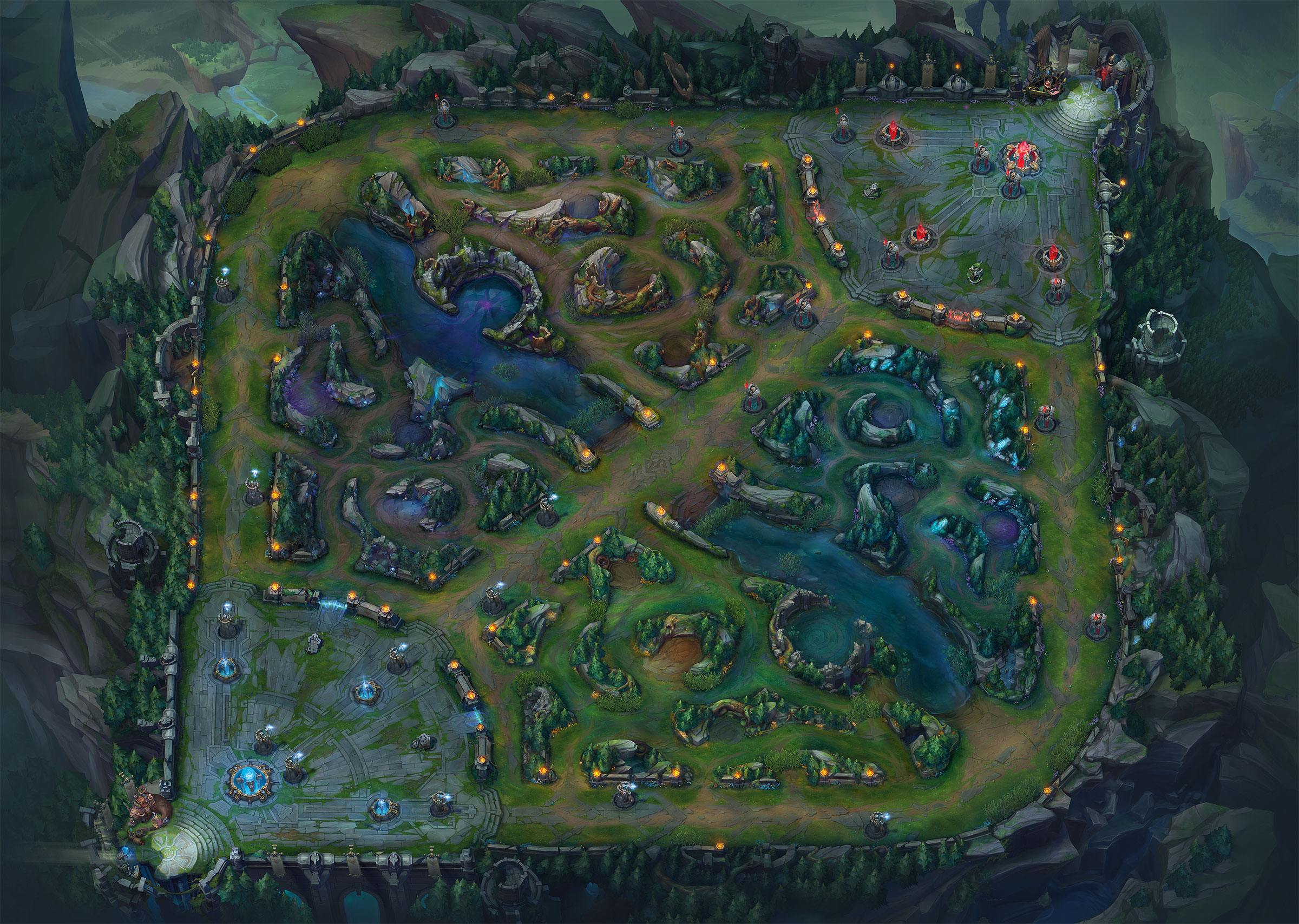 Many strategies have developed to successfully capture the Rift Herald since its rework into its current form, and tactics further evolved when the second Rift Herald was introduced. A lot of these methods depend on the overall game state and team compositions at play, but there are a few constants throughout that can be adapted into your own gameplans.

In the early meta surrounding the Rift Herald, it was not uncommon to swap the bottom laners up to top lane around the time that Shelly spawned. This makes sense—rotating your bot lane gives you more players near the Herald, and your top laner (who is now in bot lane) can still teleport to the objective if necessary.

However, a new strategy has been seeing more popularity recently. This method involves having your support roam up to help take the Herald while your ADC remains bot. This strategy is appealing in several ways: it still allows you to have 4 players around the Herald, it gives your ADC time to get valuable solo experience, and it involves less coordination around managing waves.

This tactic likely emerged due to a variety of meta shifts, but one of the most influential reasons might be the current meta ADC pool, which facilitates this strategy well. Ashe, Senna, and Ezreal all have global ultimates that allow them to contribute to fights near the Herald even when they are positioned in the bot lane. Ezreal is also extremely safe in lane when left alone, while ADCs like Caitlyn and Twitch can comfortably pressure 1v1s or tower plates in the bot lane when no one else is around. 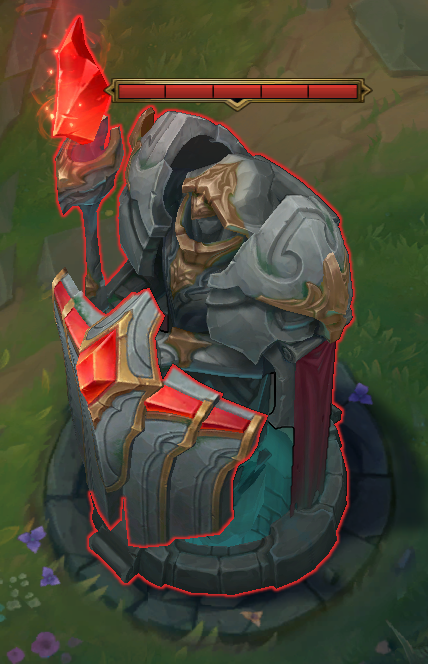 A common mistake I see when capturing the Rift Herald is when teams over-commit resources to taking it. Sometimes teams will bring up all 5 players to guarantee that they gain priority over the Herald. This is fine in theory, but not if you give up too much elsewhere on the map. Remember, Rift Herald is really only worth 320 gold (160 per turret plate), and that's if you get a successful charge off. So if your team groups to take Shelly but the enemy team takes 4 turret plates around the map during the same time, then you came out behind on that trade. Taking Herald can be quite beneficial, but always be mindful of the opportunity cost involved.

Bringing Out the Battering Ram

Congratulations, your team claimed the Rift Herald! Unfortunately, that is only half the battle when it comes to this objective. The Rift Herald does nothing except give your opponent 25 gold if you can't get a successful charge off, so using it smartly is important. And how you use the Herald depends largely on which Herald it is.

Using Shelly (the first Herald): Since Shelly spawns early enough in the game to take down turret plating, this should be your priority. Turret plates are like little sacks of money just dangling off the enemy towers—taking them can easily snowball one of your laners to victory. For this reason, try to use Shelly in a lane that is already winning in order to compound that advantage and free up that laner to spread their power around the map.

When taking turret plates with Shelly, a key point to keep in mind is that turrets become tankier with each successive plate taken. (This is rather counterintuitive since fewer plates means a tougher turret.) As a result, you will get the most benefit from using Shelly to finish off a turret when it is at its tankiest. Try to damage the turret enough that it only has two plates left and then summon Shelly to deal the final blow. It might take multiple members grouping up in order to escort Shelly safely and accomplish this, but the injection of gold should be a worthwhile payoff.

Using Heraldine (the second Herald): If Shelly's objective is straightfoward (get turret plates), Heraldine's is a little more vague. Typically, though, there are two major uses for the second Herald. The first is to open up mid. Mid lane is the most important position on the map, and exposing your opponent's mid lane helps you invade their jungle, control objectives, and rotate around the map. As such, using Heraldine simply to break down the enemy's mid lane towers is rarely a poor option.

Alternatively, using Heraldine to pressure a lane while you move to take dragon is a proven strategy. The opposing team will be forced to make a hard decision: Do we stop the Herald from destroying our towers or do we contest the drake? Forcing your opponents to make decisions like these—where they lose either way—is the essence of solid macro. 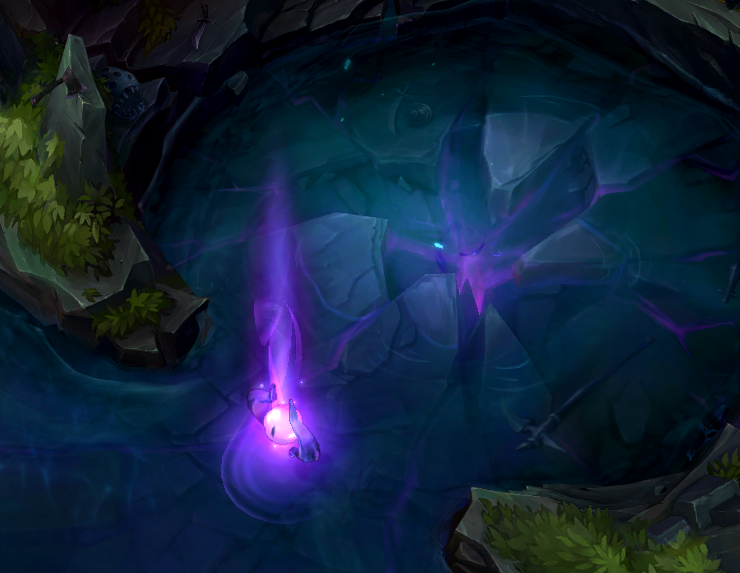 Capturing the Rift Herald should almost always net your team an advantage in some form, but there are a few things you should watch out for in order to make sure your voidborn asset doesn't turn into a liability. When holding the Eye of the Herald, you only have 4 minutes to summon the Herald before you lose it permanently. You also cannot summon the Herald while in combat, so make sure you're somewhere safe before you try. Additionally, you should try to clear out as many enemy minions as possible in the lane where you summon the Herald. It will eventually smash its way through them, but this delay can give your opponents a window in which to kill the Herald before it can charge.

Any user of the Rift Herald should also be cautious when an enemy Bard is in play. Bard can ult his team's turrets when he sees the Herald winding up, making them momentarily invincible to its charge. This can certainly rain on your Rift Herald's parade, so be mindful when facing off against the Wandering Caretaker. 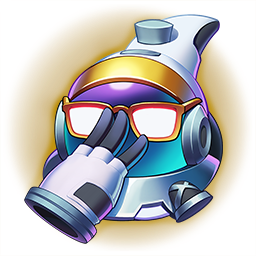 All cautions aside, though, the Rift Herald can be an incredibly effective tool for scoring some victories on Summoner's Rift. From its potential gold value to sidelane turret pressure, Herald can be played around in ways that are both inventive and advantageous. Use some of the tricks above to make sure you can snag the Herald and deploy it properly, and in no time you'll be dancing at the enemy's nexus alongside League of Legends' beloved corrupted creature.

Dignitas is an international esports team with one of the most iconic and recognizable brands in the professional gaming industry that fields teams in many of esports' largest and most popular games. Dignitas' innovative and authentic brand position offers a premier opportunity for partners seeking a direct portal into the gaming and esports market. Read More