TWITCH TO SERVE AS EXCLUSIVE BROADCAST PARTNER FOR WOMEN’S TOURNAMENT

LOS ANGELES, CA – MAY 5, 2021 – Dignitas, the esports vertical of New Meta Entertainment Inc. (NME), has announced a $50,000 all-women’s VALORANT tournament, the next edition of the VALORANT Champions Tour (VCT) Game Changers program. Verizon VCT Game Changers NA, presented by Dignitas, will host North America’s top Women’s VALORANT teams in the June 24-27, 2021 Main Event. Teams will compete for a chance to win the lion’s share of $50,000 and bragging rights as the region’s best Women’s VALORANT squad. An open qualifier, powered by Nerd Street Gamers, will precede the Main Event on June 19-20, allowing amateur and professional teams an opportunity to advance to the marquee event.

Dignitas, the storied esports organization, is home to one of the first Women’s professional VALORANT teams and long-time partner of Riot Games through the League Championship Series. As an esports-leading advocate for championing opportunities for women in esports, Dignitas will produce a series of content leading up to and during the VCT Game Changers meant to celebrate the storylines and successes of many of the inspirational women participating in this signature event. In addition to the cash prize, winning players will receive a physical prize package to commemorate their victory including one-of-a-kind items unique only to the Champions of this event.

Interactive livestreaming service Twitch will be the exclusive broadcast home throughout the duration of this event. Dignitas and Twitch will open the opportunity for Twitch-exclusive content creators to apply for co-streaming rights to broadcast the event on each creator’s personal channel, as part of a joint-effort to champion women’s VALORANT content creators. Dignitas will surprise Twitch co-streamers with surprise gifted Twitch subscriptions and Twitch Bits throughout the duration of the event.

Popular VALORANT influencers including Dignitas’ starsmitten, artStar, Herculsye and sapphiRe will co-stream the tournament on their personal Twitch streams, with giveaways for their fans throughout the viewing party.

The primary broadcast, which will air on Twitch.tv/Dignitas, will be produced and administered by Nerd Street Gamers, a reputable tournament organizer that produced the first VCT Game Changers event in March 2021. All teams must be verified members of GALORANTs, the leading Discord community for Women’s VALORANT competitors. The previous $50,000 event saw Cloud9 White lift the Championship trophy, with Counter Logic Gaming, Moon Racoons Black and Dignitas rounding out the Top 4.

“There’s something truly special about the trajectory of Women’s VALORANT and I’m honored we at Dignitas can help contribute to its impressive growth,” said former professional gamer and Dignitas VP of Talent, Heather Garozzo. “Never in my 20 years in esports have I seen so many women that are eager to train, to compete and to be the best in the World. Moreover, I’m thrilled by the outreach from brands eager to support women gamers and esports. Dignitas is committed to providing educational, social and competitive opportunities for women in the esports space and we’re honored to do our part in developing the ecosystem for VALORANT women in collaboration with our partners Twitch, Riot Games and Nerd Street Gamers.”

“Having some of the most powerful brands in our industry, from Twitch to Dignitas, Verizon, and Riot Games, come together to build this tournament showcases the changing tides in esports, and how committed we all are to fostering a more inclusive, competitive environment for women,” said John Fazio, founder and CEO of Nerd Street Gamers. “Nerd Street is honored to be a part of Verizon VCT Game Changers NA, presented by Dignitas and contribute towards positive change.”

To compete in Verizon VCT Games Changers, presented by Dignitas, teams must register for the thirty-two team qualifier, powered by Nerd Street Gamers. The Qualifier will take place June 19-20, with select matches broadcast on Twitch.tv/nerdstgamers. Registration is now open at nerdstgamers.com/gamechangers and will close on Saturday, June 12, 2021, or as soon as the 32 team cap is hit.

Twitch streamers can apply to co-stream the event on Dignitas.gg/VCT. The Dignitas landing page will also serve as a destination for video and written interviews with each competing team, team roster news and VIP fan giveaways leading up to and throughout the tournament.

Since its formation in 2003, Dignitas has established itself as one of the most successful esports organizations in the world, amassing 18 World Championships across multiple gaming titles. In September 2016, Dignitas was acquired by the NBA's Philadelphia 76ers of Harris Blitzer Sports & Entertainment (HBSE), a diverse, global portfolio of sports and entertainment franchises and properties that includes the Philadelphia 76ers (NBA), New Jersey Devils (NHL) and more. Dignitas is the esports organization within New Meta Entertainment, Inc. (NME), a new media sports and entertainment company founded in May 2019 by an investor group that includes HBSE, Susquehanna International Group and Delaware North, among others. Dignitas currently fields six teams in four of esports' largest and most popular games: League of Legends, Counter-Strike: Global Offensive, VALORANT and Rocket League. With content studios and player wellness facilities in Greater New York City and Los Angeles, and infrastructure in Europe and China, Dignitas is a global leader dedicated to esports athletes, digital influencers and entertainment game-changers. To learn more about Dignitas, visit YouTube.com/Dignitas, Twitter.com/Dignitas, Instagram.com/Digntas, TikTok.com/@Dignitas and Dignitas.gg.

Launched in 2011, Twitch is an interactive livestreaming service and global community that comes together every day to create unique, live, and unpredictable experiences from the interactions of millions. It brings the joy of co-op to everything, from casual gaming and world-class esports to anime marathons, music, and art streams. Twitch also hosts TwitchCon, the biggest community event of the year, where tens of thousands of people come together to celebrate and connect with others who share their interests and passions. We’re always live at Twitch. Stay up to date on all things Twitch on Twitter and on our Blog. 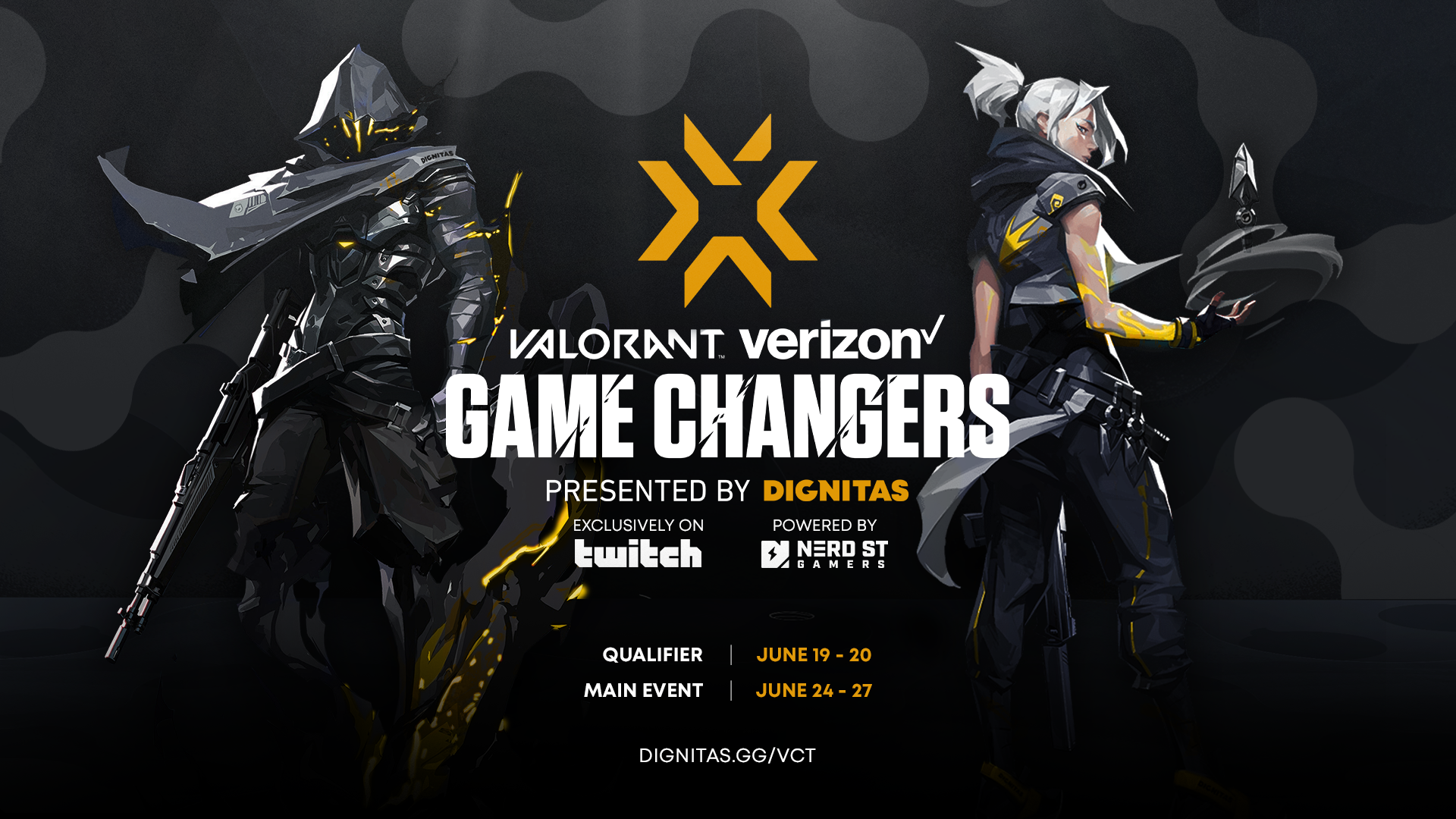