Looking for the first kills at the beginning of each round is something that every CS:GO player can relate to, especially if you’re a newer player and still not entirely used to the way CS:GO should be played on a more competitive level.

As soon as you start to grasp a little more about your team’s roles, you understand that there’s one that is arguably the most important while also being one of the hardest to pull off correctly.

That role is the Entry Fragger - someone responsible for paving the way to his team when attacking, someone who goes headfirst into a bombsite secured by the CTs and someone who needs to make sure to deal the most damage before eventually falling.

In this article you’ll find a few tips on how to improve at the role of Entry Fragger given by no other than the veteran Jonas "Lekr0" Olofsson, a professional CS:GO player who recently joined the DignitasVIE team and has been a crucial asset in their recent victories.

What makes a good entry fragger?

First of all, it is important to understand what makes a good entry fragger so we can talk about how to get better afterward. Naturally, there’s an obvious answer to that - it’s someone who gets the kills and doesn’t die while doing it. That’s also the fool’s answer.

As an entry fragger, you should be prepared to read your opponents, understand their tendencies, learn which players play on each bomb site.

Knowing rotations as an entry fragger is important because you know what players to expect on each site or how many and you are aggressive based on those inputs and reacting fast to the information you get. And of course, confidence is really important - if you lose it, it's going to be rough.

The quote above is what Lekr0 said when questioned that same thing - what exactly makes a good entry fragger. As he points out, confidence is also key to have a good time trying to do a good job for your team. If you get discouraged, you might even hesitate during certain plays, which could be enough to make you lose the round.

And how can you improve at the role?

Practicing aim is one of the most important things you can do. You’re the first player getting in on a guarded bombsite, with players looking at exactly the places you’re expected to come from, which means you need to out-aim them, and you can only do it with enough practice.

I’ve recently made a guide specifically on aim practice - you can check it out here.

When questioned about this, I’ve also asked Lekr0 to avoid talking on aim and provide some different tips that might help a player improve at the role:

When you learn the rotations, if you get a frag you can play on it fast and come with calls for your team, give ideas on how to open the map... sometimes as an entry fragger, you start as an entry and you become a lurker mid-round. Also, understanding your mistakes and improving on them is important.

Understanding how your opponents rotate, which players tend to move first, which are more aggressive, is important. I’ll give you an example of how useful it can be. Let’s say you know that Player A and B are the ones that defend the B bombsite, and all of a sudden you kill a Player C there - if you’re paying attention, you’ll instantly know that something’s off. Maybe there’s a stack and you should relay that information. Or maybe they just changed positions - it’s up to you to find out.

Knowing where people play! Let's say Inferno, it's generally 3 players defending A and 2 on B. If you get a kill on B, you should know that it's most likely the AWP who's going to be rotating from A. Knowing who's the next rotation it's one of the most important things!

After you’re able to do the previous, you can get deeper. Learn which players like to play with each weapon, especially the AWP. Remember that AWPs are mobile, but they generally have a preferred spot - learn where that spot is and understand how quickly he rotates. That way you can try to get him to over-rotate and let your team know that.

That’s one of the things that distinguish a good entry fragger from a bad one, and Lekr0 agrees:

Knowing when to create your opening and reading the game because you need to know your opponents’ tendencies. If you go in blindly, it's going to be tough, but if you have a read on how they like to play, even your crosshair placement will be a lot better.

If you’re playing against really good players, they’ll do their best to be unpredictable, which means playing in different positions almost every round. But even the best players have plays that they like to do more than others!

Don’t forget your teammates are there for you!

You are only a successful entry fragger if your teammates are there to help you out. There’s no point in rushing to a bombsite alone if your opponents are holding the right angles - against good players you’ll lose 9 out of 10 duels.

Make sure your teammates are there to help you with utility. Ask them to smoke the bombsite for you, ask them to flash for you… good flashes, especially, are what makes a good entry fragger successful.

Definitely, as an entry fragger, you like good Flashbangs, those are the best! When you know you're getting a pop flash thrown for you and you can just run with it, that's the best feeling when you trust your teammates behind you. That's what makes you comfortable doing your job.

If you generally play with a premade, or even a team, make sure you know which flashbangs are being thrown, so you know exactly where you need to be facing so you don’t get affected by it. Also, have your communication on point so that you can run with the utility being thrown and show up as soon as they go off.

Also, make sure to use your utility before trying to get into a site so you don’t waste it unnecessarily.

As an entry, you still want to use your utility to get map control to avoid losing them when you go into full-entry mode. You don't want to have utility when doing it, you should use all you have to get map control for your team before that.

Use your Smokes and Flashbangs to gain map control, use your HE Grenades to push people off spots, and even inflict some minor damage. Just make sure to use it!

Thank you for reading this article! Hopefully, it will help you become a better entry fragger and overall a better player. CS:GO is a game with a very high skill ceiling, and you can always get better!

You can get in touch with me for feedback or suggestions via Twitter! 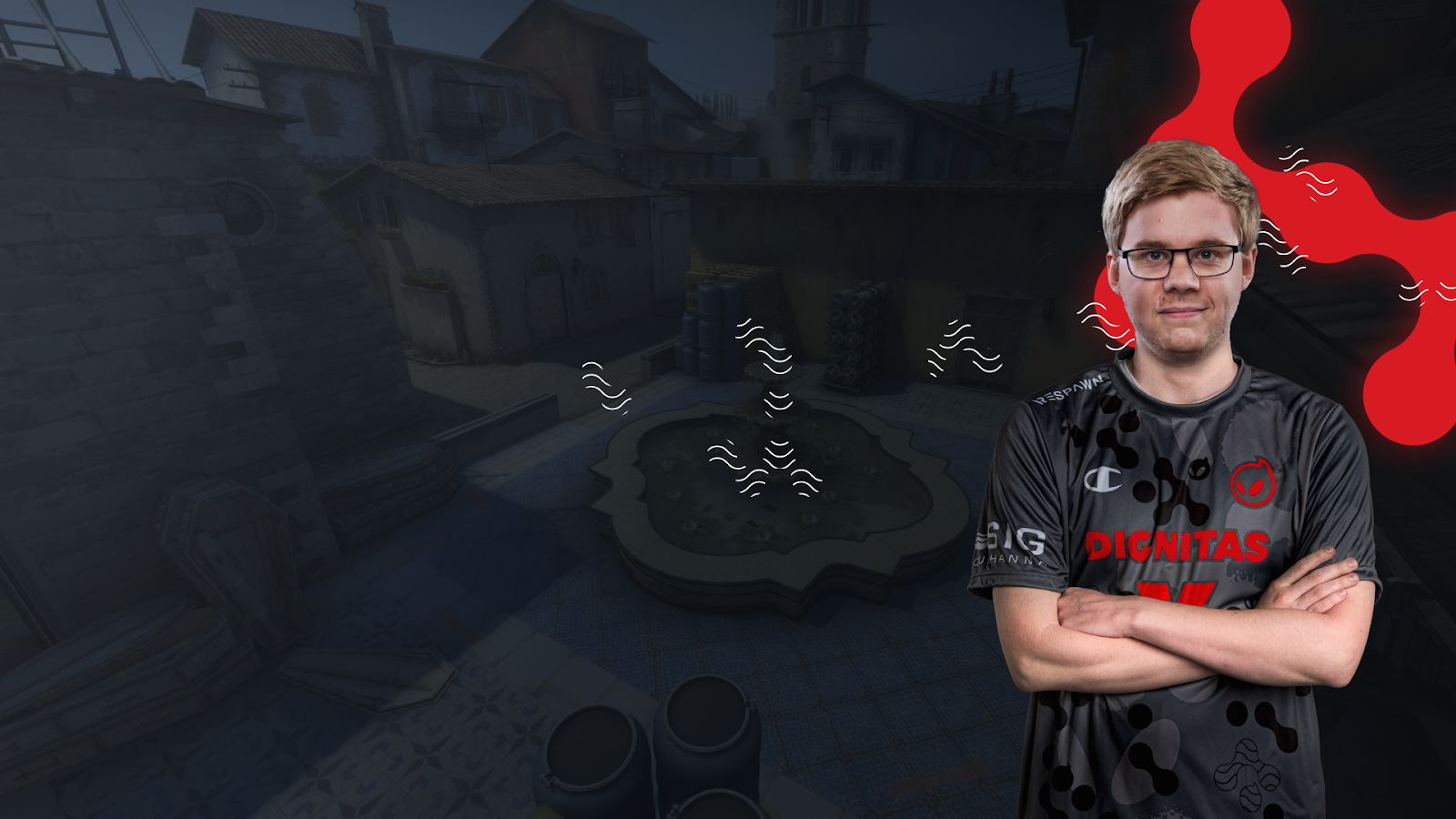