Despite Dignitas’ strongest performance being at the beginning of the year in the Lock-In tournament, Vincent “Biofrost” Wang is still in good spirits heading into the offseason and took the time to sit down with me and discuss the season now behind us and what we can see from him moving forward.

I know you’ve previously commented on how the bot lane meta is about pairing a drafted Marksman with a specific Support. For example, Zeri/Yuumi or Xayah/Rakan. Do you feel the same way now or is there more room for creativity in the bot lane draft?

Biofrost: Right now for bot lane, a lot is centered around Zeri and Sivir. The pick that makes one matchup better than the other is Yuumi. So, she’s obviously very high priority in these drafts. There’s basically two ways to approach it.

Either one team has Yuumi and the other team has Zeri/Lulu, and the first team picks Sivir as a result. That’s because you definitely don’t want to be against Zeri/Yuumi so in this approach it tends to be Zeri/Lulu against Sivir/Yuumi. This matchup is definitely winnable on both sides. However, most prefer the Yuumi side, probably along the odds of 55%/45% or perhaps 60%/40%.

Or, the other approach is to pick Sivir, giving up Zeri/Yuumi if you have a different Support you want to draft. Some teams play Samira/Nautilus as an answer, or even a Yasuo lane like Yasuo/Senna. So there is some room for creativity in bot lane drafts there, but, generally, most will stick to trading priority picks like in the first approach, or just banning Yuumi outright and just trading Zeri and Sivir with other Supports. In that case, most will prioritize Lulu, but that team basically commits to scaling so the other team can look for a more proactive team with something like a Nautilus.

Continuing on the note of the bot lane meta, with the World Championships around the corner, do you look more to other regions’ leagues to get a sense of their meta? Would you say other regions’ picks are more influential on the LCS’s meta than earlier in the year?

Biofrost: Unlike in NA, where there are not a lot of bot lanes that can play Lucian/Nami, there are in the LPL and LCK. They are really good at finding the right windows to capitalize and can still do that in the mid and late game unlike what’s seen here. Otherwise, you might see Kalista make it through the draft, in which case, the best answers are Draven and Aphelios so that’s when you’ll see those come up. In these drafts, you’ll still see the common bot lane pairings like Renata with Draven or Aphelios.

It’s pretty hard to answer in terms of meta for Worlds specifically because there will be patches before then, so the meta will change drastically before then. Riot generally likes to nerf what is being overpicked like Zeri, Yuumi, Sivir. So, these will probably be nerfed whereas Lucian and Nami probably won’t see nerfs.

The durability changes have been here for a while now. Can you comment on how they feel overall for the state of the game and was this change good for your style of play?

Biofrost: Honestly, I don’t feel the durability changes. I think the meta changed as a result of them, but because the meta makes the game so different it’s hard to notice a real change in how it’s affected me or the team.

Blue has mentioned that he prefers mid lane matchups where there is more room for skill-expression, presumably hinting at more mechanical matchups like assassins and battlemages. This seems like a playstyle that would be hindered by the durability changes. Would you say that Blue has been impacted most by these changes as a whole?

Biofrost: Mid lane has been mostly the same picks this year but there’s definitely some play making options like Ahri, Sylas, LeBlanc, Cassiopeia, and sometimes Akali as a counterpick. Azir is the outlier that is a hard Champion to abuse and has a lot of lane pressure. He’s definitely this season’s Corki from last year where, him being picked will make the lane staler that you’d see in previous patches. I wouldn’t say this hurts Blue’s playstyle because there is enough skill-expression in these picks for Blue to perform the way he wants to.

Turning our sights onto your fellow-Canadian lane partner, Spawn has been playing in Academy for two years and now playing with Dignitas in the LCS. How do you think he’s done in his first split?

Biofrost: Spawn’s done pretty well. There’s a couple of things that can make a transition hard from Academy to the LCS. If you’re being called up to a lower standing team, then there’s obviously already existing issues, and when you’re slotted in, you might be expected to fix them. You’ll also have lower quality scrims because the better teams won’t want to scrim you. So you’ll go from scrimming only the lower teams to playing LCS games against the best bot lanes that you have no experience against and it’s obviously a big jump.

Right now, bot lane is not very spicy so there’s not that much skill expression in lane and it’s more about teamfights, but in a different meta it can be a lot harder for a rookie to just be slotted in.

For the bot lane, the most important thing is to be on the same page about matchups and play enough games together. If you’re on the same page, you don’t really need to do anything else unless you aren’t performing on stage. Spawn definitely wasn’t having trouble with that, I think the only problem was that because Spawn joined later in the split, I may have played a lot of these combos with Neo and then swapping over to Spawn, we may not have the same idea of how we want to play out the matchup. Since there are so many combos right now, it’s hard to get the practice you need and you’re kind of playing catch-up. Whereas, if Spawn and JayJ came up to the LCS together, they would already have the play time together to know how they want to play out some of these matchups and just continue to do that with a different team.

Now that Dignitas is in the offseason after what was a rough season, where does Dignitas go from here?

Biofrost: For me, I always take a break for at least a couple of weeks. There’s not a lot of incentive to go on the grind immediately because the patches change the meta so much. Even if you play in October, the meta will be drastically different by the time the new season starts and it’s easy to get worn out before the season. I’ll take a couple of weeks off and get around to streaming again in the coming weeks.

Is there anything about this season you can comment on that shows the direction you personally want to move in to help Dignitas regain their footing in the new year?

Biofrost: After the last game, you could review the game, but realistically there’s no point. You go through the entire offseason with many patches and there’s contracts that will run out and you don’t know if everyone will be re-signed, so you kind of just take the time to step back and look at your own reflection rather than the team’s.

You can point out what you want to do teamwise for reviews or drafts or approaching certain aspects of the game when thinking about the next split, or you can try to just work on yourself. Figuring out what you need to do better so that you don’t need someone else to have to tell you.

We’d like to thank Biofrost for sitting with us for this interview! You can keep up with Bio during the offseason on: 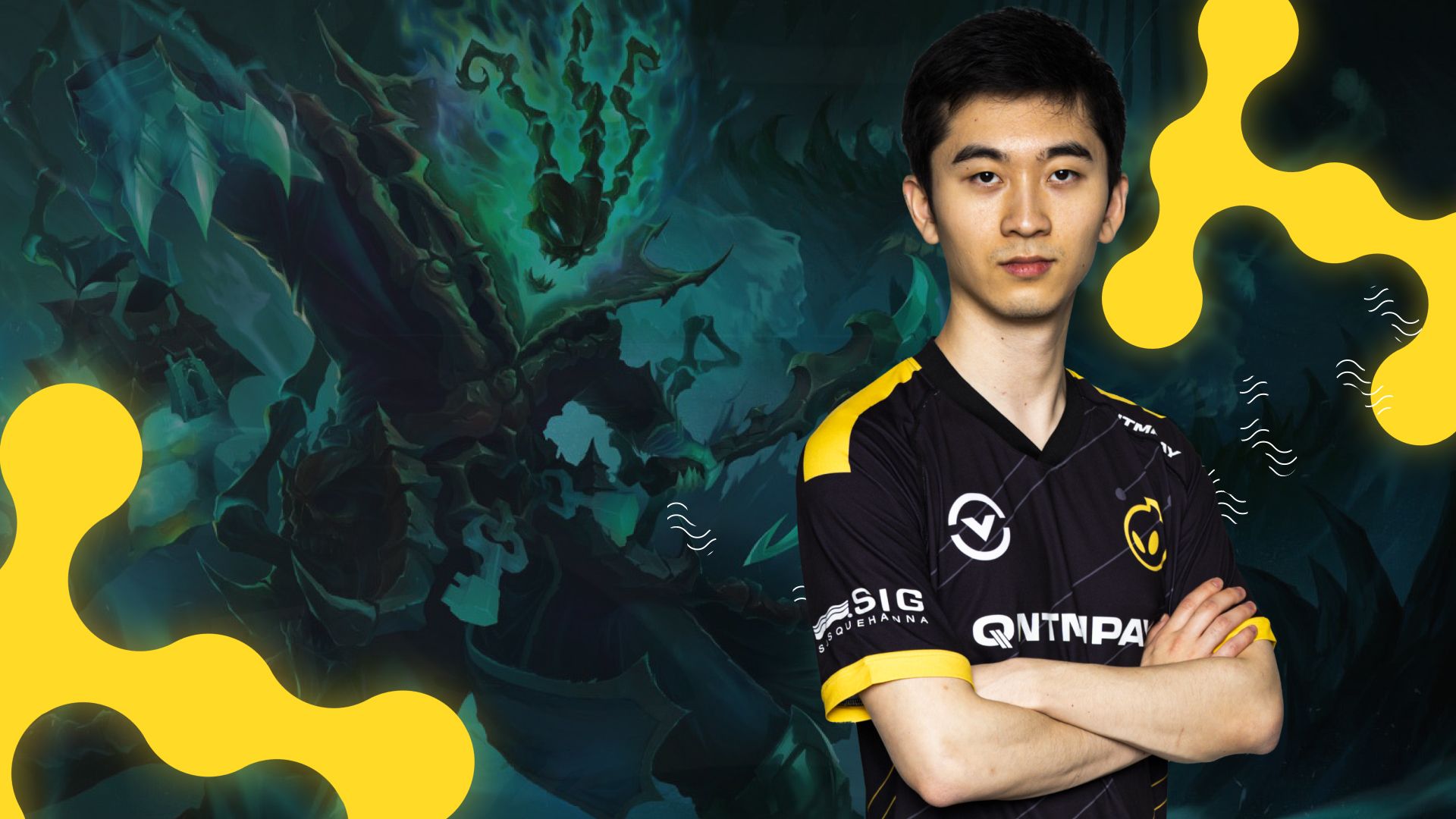