With the recent introduction of music kits into the game it is a fitting time to have a look at the less cosmetic in-game sound mechanics and how they can affect your gameplay or decision making. As a general point the sounds in Counter-Strike: Global Offensive are a crucial part of every round and yet they can often be neglected at certain levels of play. We will be looking at the differences between walking or running, jumping on certain materials, weapon mechanics and also cover the confusing anomalous sounds that can be found in the game.

Hopefully by the end of this article it will have helped to clear up exactly what you should be listening out for and also explain the sounds that you will be generating in various situations that the enemy will be aware of.

Sounds that your opponents can hear:

Shooting – Obvious but with some exceptions, the silenced M4A1-S and USP-S for example are much quieter than an AK-47 or AWP.

Reloading – All weapon reload sounds can be heard.

Grenades – Bouncing a grenade off a wall or floor is audible.

Using a scope – All scoped weapons make a noise when you zoom in with the scope.

Changing fire mode – Swapping from automatic to burst or vice versa on the Glock & Famas will be heard by your opponent.

Running – All surfaces (wood, metal, water) some are more noticeable than others, can also give you a clue as to where someone is if you know the map and its surfaces.

Falling – Taking falling damage makes a noise as does dropping from one height to another.

Defusing the bomb – With and without a kit both make the “shuffle” type defuse noise.

Planting the bomb – The beep from the bomb is quite obvious, but the typing of numbers cannot be heard by the enemy.

Rescuing hostages – Again with or without a kit makes the same sound for your enemies to hear.

Picking up items while running – When you pick a gun, grenade, defuse kit or bomb whilst running it will be heard.

Dropping a weapon or the bomb – Dropping either on the ground can be heard and so too can using the “E” button to swap weapons with one on the ground.

Sounds that your opponents cannot hear:

Walking – Holding the shift key will make your movement silent on all surfaces, even water.

Crouching – Holding the left ctrl key will also make your movement silent on all surfaces.

Walk jumping onto a higher surface – Jumping while holding shift to walk removes the jump sound and any sound from the surface.

Walking or walking and jumping onto a ladder - Walking with shift makes ascending and descending ladders inaudible.

Crouching or crouching and jumping onto a ladder – Crouching with ctrl also makes ascending and descending ladders inaudible.

Picking up items while walking – If you hold shift as you walk over an item (weapons, defuse kit or bomb) to pick it up the sound will not be heard by the enemy.

Here are a few beneficial command lines that you can add into your autoexec file, they provide the optimal surround sound settings as well as some useful key binds related to the in-game audio levels and voice chat. These are not essential and are completely down to preference; test them out in a death match or casual if you are unsure. It is worth noting that the positional audio lines may cause issues with your microphone and in-game sounds if you are using the 5.1 speaker option. As a result it is recommended that you only apply these commands if you use the headphone audio setting.

snd_headphone_pan_exponent 2.0
Any lower and sounds become harder to locate and the distance you can hear things at drops. The default is 1.0.

snd_mixahead "0.05"
Makes all sound happen in as close to real time as possible.

snd_front_headphone_position 45.0
This is meant to help create a better positional audio for frontal sounds.

snd_rear_headphone_position 135.0
This is meant to help make sounds located behind you more accurate.

bind "KP_MINUS" "toggle voice_enable 1 0"
This bind allows you enable or disable voice chat in-game with the - (minus) key. It is particularly useful for clutch situations if you have teammates talking away in your ear.

There are three very important game mechanics that come with an instantly recognisable sound cue, somebody defusing the bomb, somebody planting the bomb and somebody reloading. These three sounds can be incredibly useful if you react to them smartly enough. A good player will know when to listen out for each of them and what the situation calls for upon hearing them. Here we will take a quick look at using sound to your advantage for each of these mechanics.

Defusing the bomb while an opponent or multiple opponents are alive can be incredibly risky. They are going to know when you have attempted the defuse as the audio will play for them so use this to your advantage. Faking a defuse on the bomb is fairly common practice for experienced players. It can force your opponent to check on you and if you position yourself well after “tapping” the defuse it can land you a kill. At the reverse side of this, if you are playing as the terrorists then be wary of your opponent trying to lure you out with a fake defuse. If possible, wait three seconds or so before peeking, it is not always best to charge straight out as soon as you hear the noise. Simply shoulder peeking and firing some rounds in the direction of your opponent as they are defusing can be enough to scare them off it and prevent them for sticking the defuse, forcing them to keep looking to remove you.

Faking a plant is slightly clunkier to achieve than faking a defuse, however it is still a viable tactic. Doing so successfully can make an opponent think they have the upper hand and come racing out to kill you, if you are ready for this you can take them by surprise. It is also risky, especially if you have reached the bombsite low on time left.

Keep an eye on the clock and use your game sense to help you, if you know that your opponent is the other side of the map then simply get the bomb down as quickly as possible, if you suspect they may be close, see if you can bait them out with a fake. It is worth keeping all of this in mind when playing as the counter-terrorist side, don’t be too eager to chase that kill on the terrorist you think is a sitting duck entering digits into the bomb, they may just surprise you.

Knowing when to reload and when not to reload is an intricate part of counter-strike. It can give your position away and leave you helpless if you are in the open. Every weapon has a different reload time, the main assault rifles being roughly between three and four seconds. This is time that they cannot shoot back, unless they react perfectly and cancel the reload or pull out a secondary, but this is unlikely. Use your opponents reloading and those seconds of downtime as a potential chance to capitalise on.

If you have been in a firefight and your opponent is behind a box or a corner when you hear them reloading you could try to push them aggressively and force them to panic, effectively catching them with their pants down as they say. If you find yourself on the opposite end of this situation remember that you are likely to have a fully loaded sidearm at your disposal. Get creative, maybe see if you can fake a reload or similar, why not try using your own sound against your opponent.

All sounds are important; hearing your opponent running around can give away where they are or what their intentions might be, hearing an AWP shot at mid lets you know where the enemy sniper is etc. Sometimes it is easy to forget just how useful paying attention to what your audio is telling you can be. As much as the new music kits might be a lot of fun, most people would recommend turning music off completely in competitive matches so you can focus on the more important audio cues.

A bad habit that a lot of new players have is the reluctance to use shift and walk silently, instead opting to run at full speed at all times. However, there is a balance between this and walking too much when you need to act quickly. Getting used to the sounds of your opponent and distinguishing between what they can hear you doing will take time but after a while it will be second nature. Try not to neglect what you hear, share any information with your team, incorporate the use of sound into your play and you will hopefully find some improvements, no matter how small. 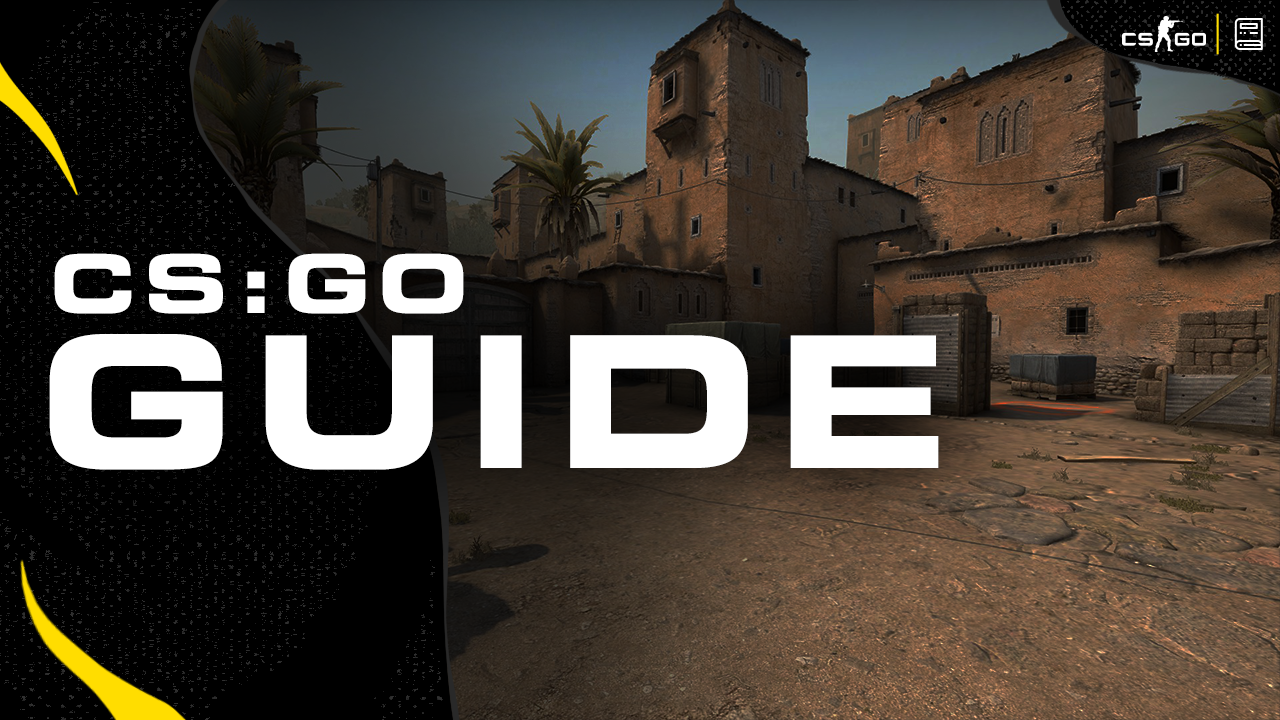