So, you’ve got the other side of the draw when it comes to champion select in League of Legends. You don’t get to see your lane opponent in draft, so you have to blind pick your champion and hope for an easy lane matchup. That’s why it’s important to pick a champion in blind pick that you are A. comfortable with and B. won’t be easily countered. I’ll be helping out by giving you some tips that can help you out when you get into this situation in draft.

First, let's go over the best champions to blind pick in each position. 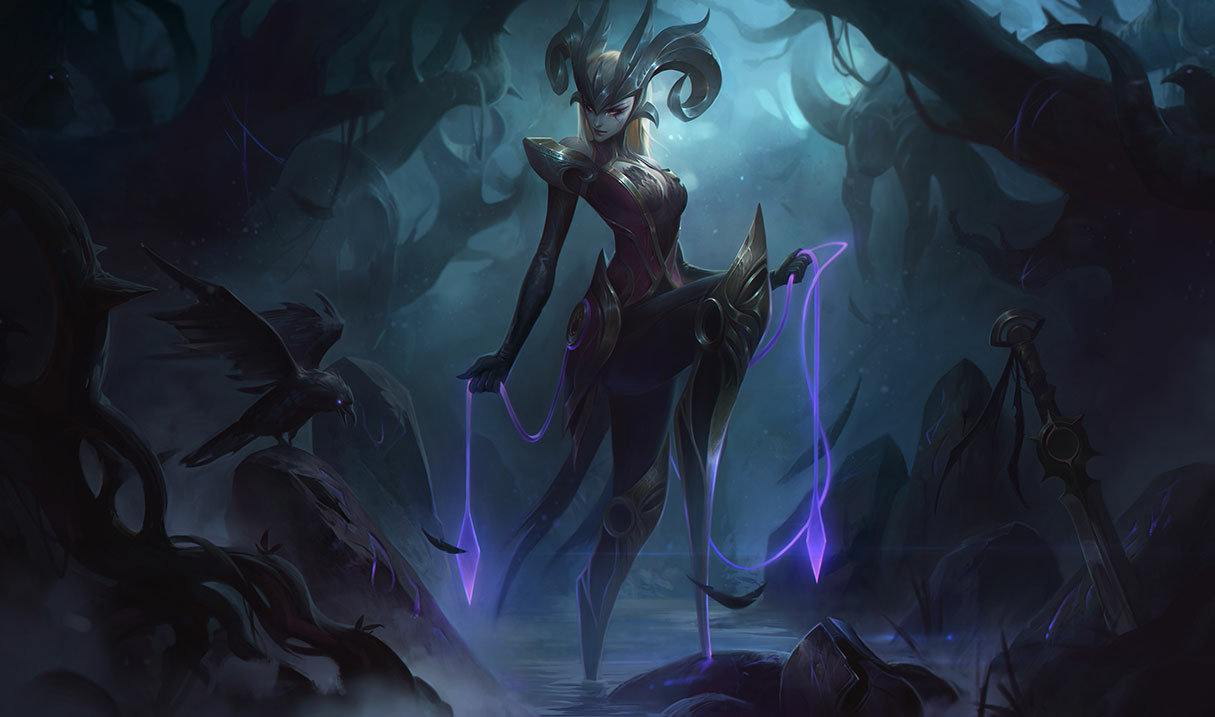 This champion makes for a good blind pick because of not only her scaling, but also for her passive, which grants you a shield of magic or armor, based on the opponent you are facing. Her ultimate, Hextech Ultimatum, is really useful too in virtually any teamfight. Zoning off specific champions or locking champions in place is key to winning fights. Finally, her E can also serve as a great escape in a bad situation or an excellent initiator for a team fight, depending on how you use it. 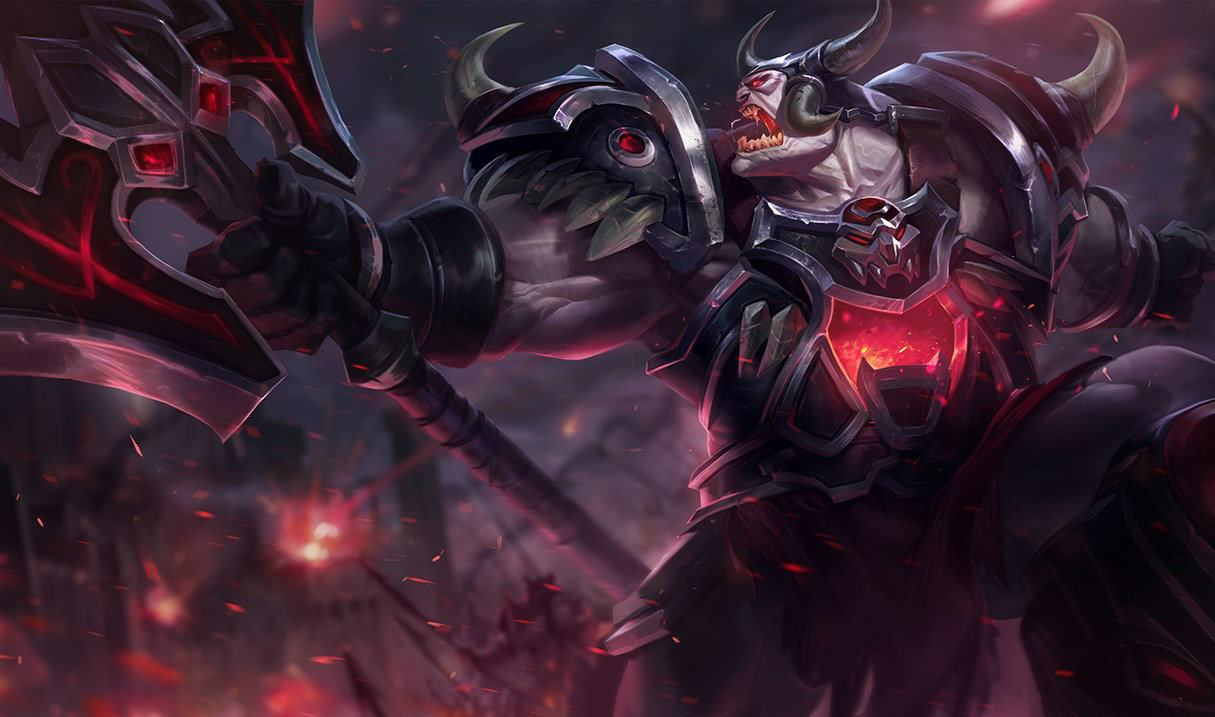 This is probably the best blind pick choice when you want to play a tank instead of a bruiser like Camille or Garen. What makes Sion a great blind pick is the flexibility you have in the build you choose with him. You can go full tank, which is what most summoner’s do and become basically a big meatball between your team and the enemy team, or you can even go full ad and become an unsuspecting damage dealing threat. The only difficulty with building ad is that you need to have an understanding of his kit and how to land abilities, like his Q and his ultimate. Regardless of how you build, Sion is an easy tank champion to pick up and is difficult to be countered because of his tanky nature. 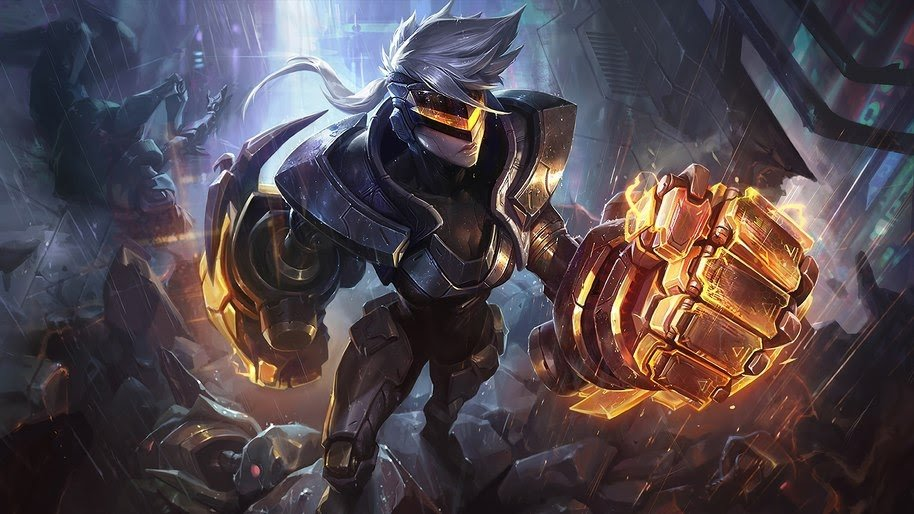 Vi makes a good case for being a blind pick in the jungle. She has a surprising amount of damage to her kit and defense too with her shield. Her ultimate also helps that it’s an unstoppable, so it protects you from any potential cc if you find a champion to use it on. She also can be flexed to be either a full ad champion or a full tank, but it’s best to build her to be a hybrid of the two. She works best as an off tank dealing chunks of damage. 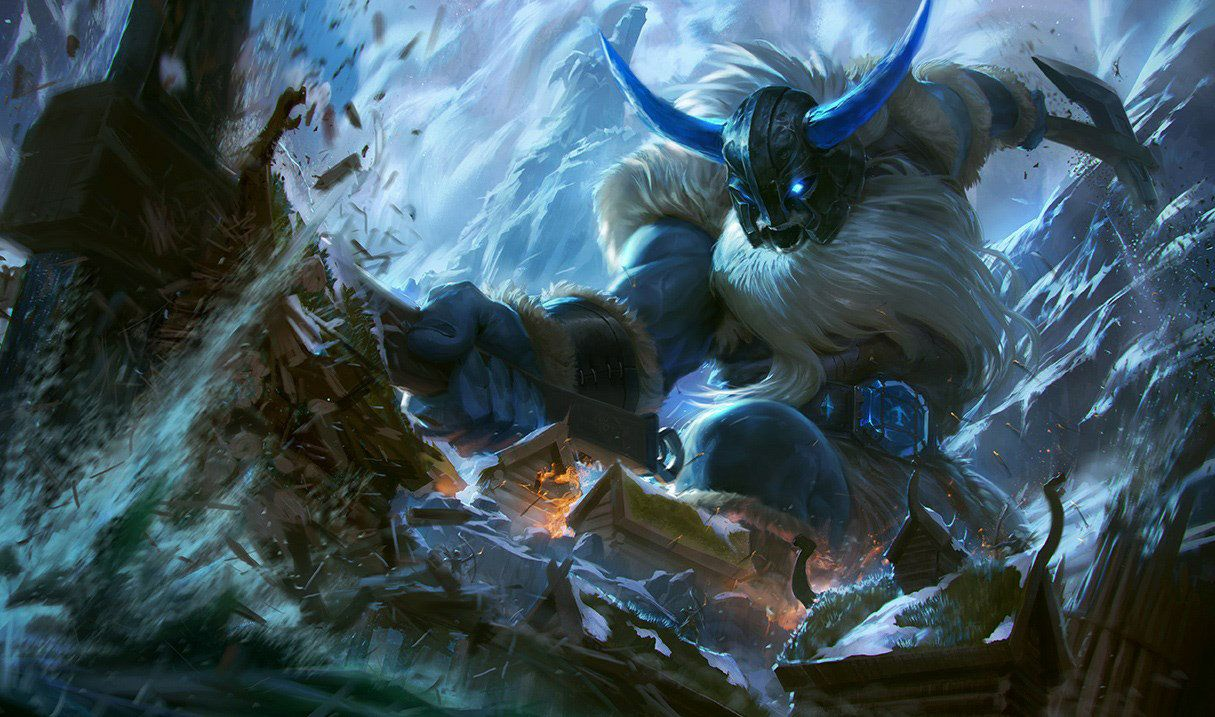 Similar to Vi, Olaf can be built as a hybrid between ad and tank. He thrives in the early game and is difficult to counter because of his passive. The lower health he is, the faster he attacks. Because of this, he becomes much harder to take down and add that with his W which grants him bonus attack speed and life steal, coupled with increased healing with how low your hp is, becomes a nightmare to deal with. Also, his ultimate works like the first part of Vi’s, as in he becomes unstoppable and immune from any cc, including suppression. He’s not only easy and fun to pick up, but difficult to counter. 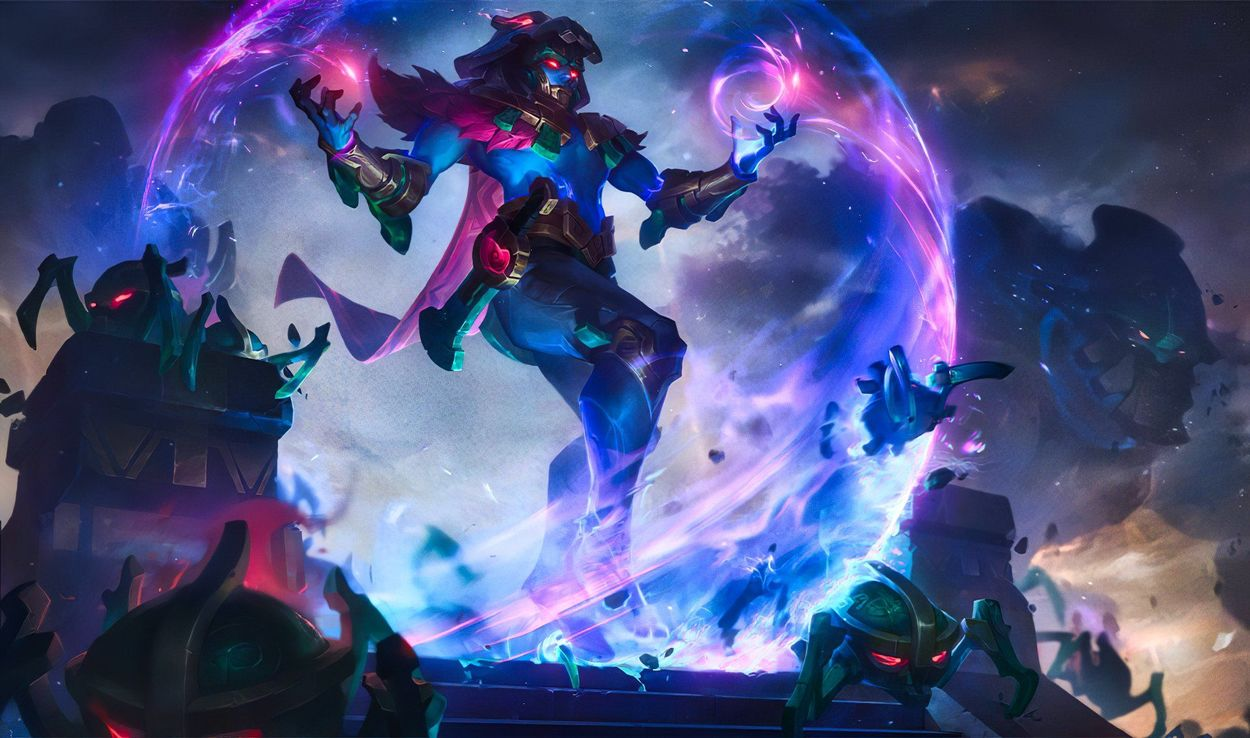 Malzahar is a mainstay mid laner and can serve as a good blind pick for a multitude of reasons. First, his late game wave clear is near unrivaled, forcing the opposing team or laner to their base or tower more often than not, his passive shield helps keeps you relatively safe in the lane phase and his ultimate can change the game. He does have his fair share of counters, but his ability in teamfights to lock down an opposing champion with his ultimate and make them an easy target for his allies is a good thing to have, even if you fall behind with him. 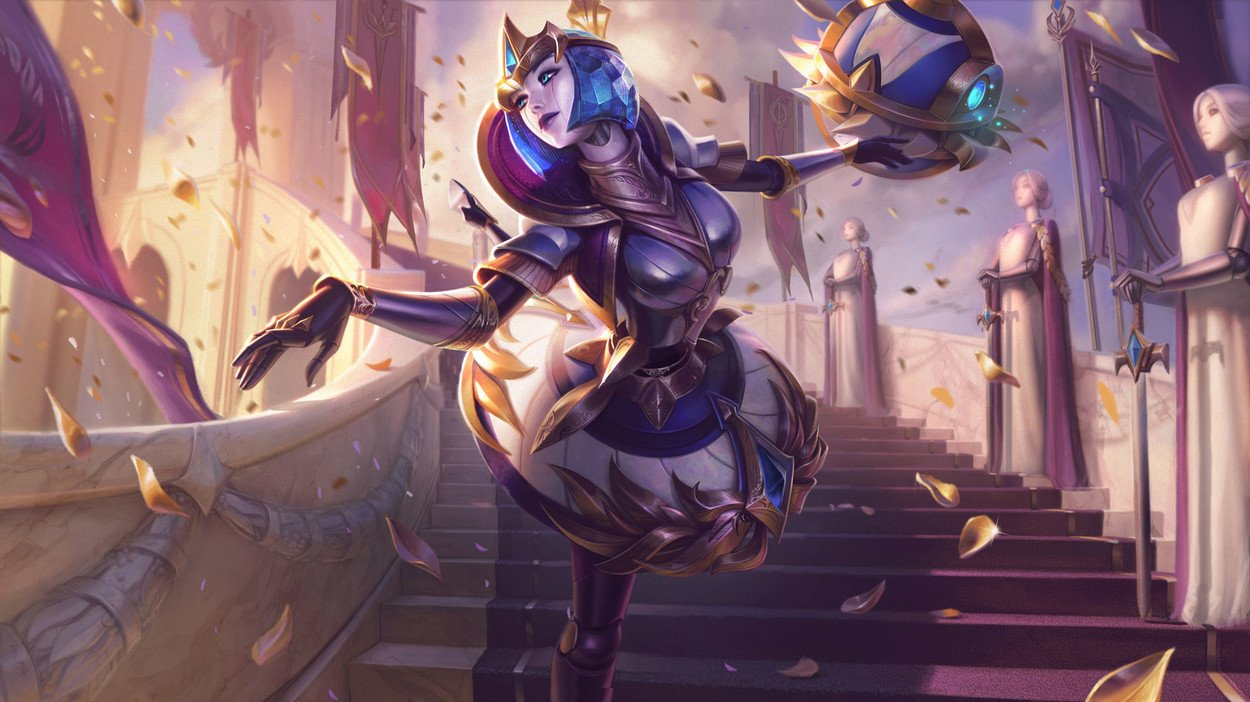 One of League’s most popular champs, Orianna is also a good go-to blind pick. She has the power to create chaos in a fight even if she is behind because of her ball and she scales hard into the late game. She also is a master of zoning off champions from farm because of her ball. Placing the ball in a place where you can constantly threaten the opposing laner will make your job a whole lot easier in the early game when farming is the key. 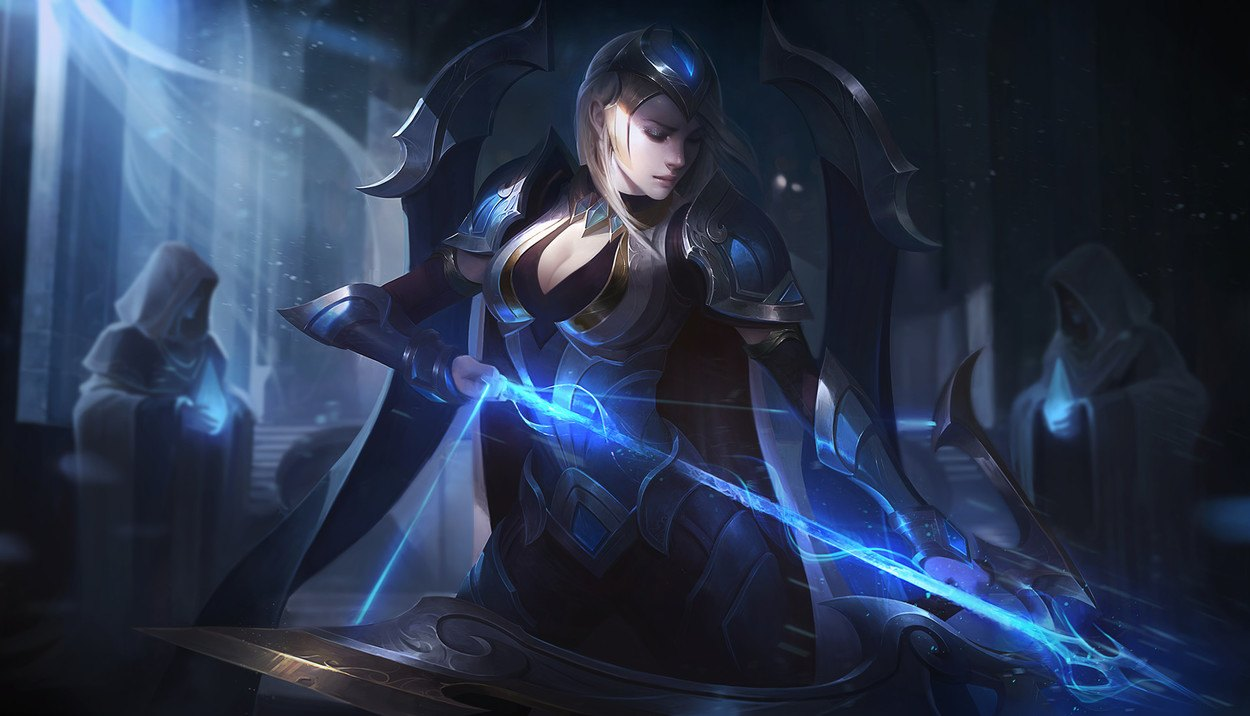 One of the most powerful champions in the game, Ashe is a strong laner and hard to counter because of her range and her ability to snowball fast and snowball hard. Her range is slightly longer than most ADCs and her passive, slowing which each auto attack, makes her job a whole lot easier to do. Her ability to snowball a lane once ahead is very strong and her ability to land a global CC with her enchanted crystal arrow, can help her teammates in a fight compared to most ADCs in the game. When in doubt, go with Ashe, she will rarely let you down.

With Miss Fortune, what makes her a good blind pick is her flexibility in her runes. She can be super flexible in her builds and runes, making it easy for her to adapt to any lane situation she is in. Her ultimate is also very useful for dealing huge chunks of damage and also a great way to zone off enemies and the more items she gets, the more powerful that ultimate becomes. With all that said, her main power still lies in her adaptability, so use that to the fullest extent when blind picking Miss Fortune. 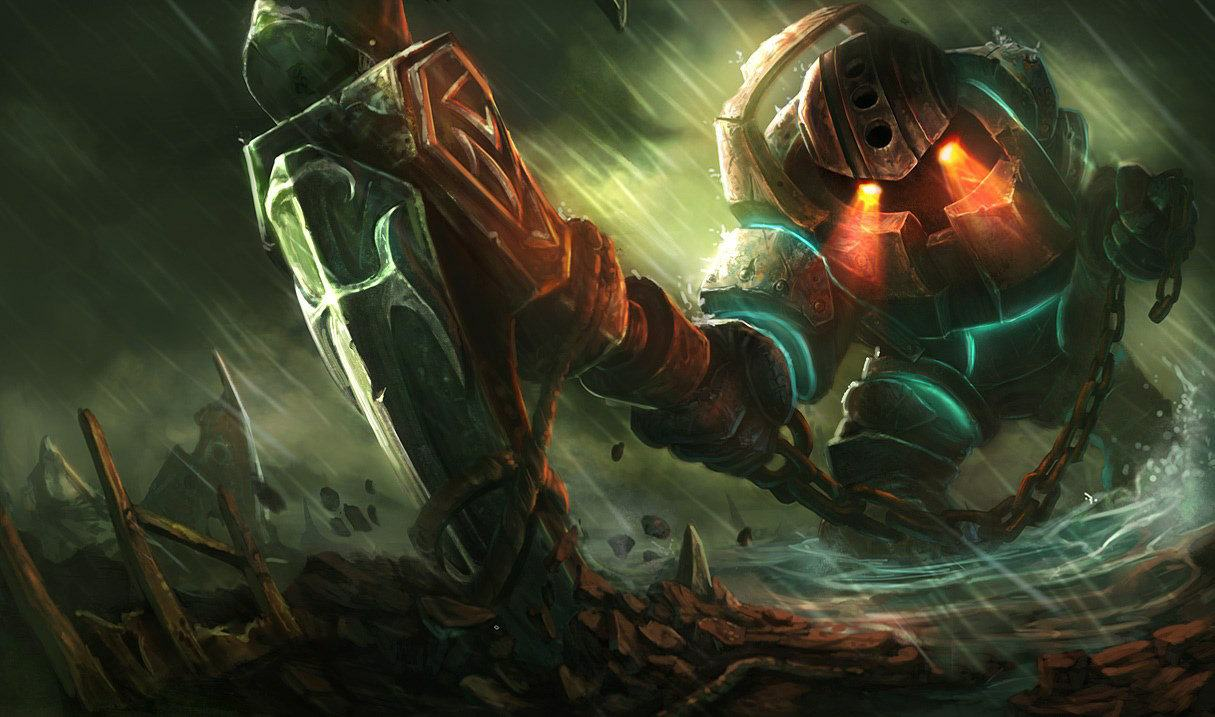 This champions hitbox is the stuff of nightmares and so are his other abilities. His abilities are not only easy to understand but are also a nightmare to play against in lane and throughout the rest of the game. He is also super tanky and can take a beating as a frontline for your team. There are very few and far between counters to this champion and that’s what makes him such a threat, because it can be very difficult to counter him and if you are not careful in the lane, he can help snowball any ADC in his lane with his absurd crowd control. 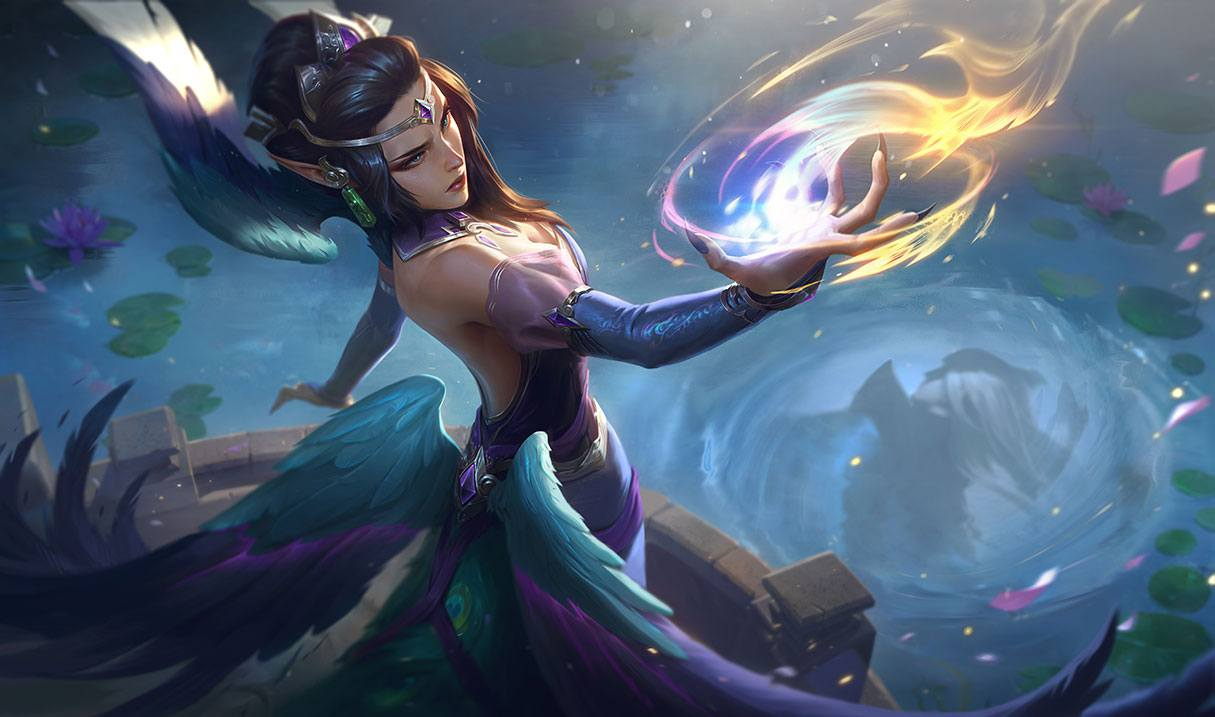 This mage support is one of the easiest supports to pick up and also one of the hardest to counter if you are in the support role. Her black shield which protects against nearly every form of crowd control and her dark binding can give anyone caught in it a near one-way trip to the fountain. While she may not be a tanky support among the likes of Nautilus, Leona and Thresh, her cc and ability to create chaos in a team fight is among the top amongst those in the support pool.

Now, while these champions are great when blind picking, it is very important to build your own champion pool and figure out which you feel most comfortable on. Every champion is different in each lane. Top laners can be from bruisers, to tanks, to mages, etc. Jungles can be assassin’s, mages, etc. and so on and so on. There is a lot of variety in League of Legends and it’s ultimately up to you to create a pool of champions you feel comfortable not just picking but picking as a blind pick. For example, if you are really good with a champion like Swain or Orianna, go them. You may get countered, but you are in a comfort pick where you know your limitations and what you can and cannot do. If you were to choose a champion simply because they are hard to counter and are not in your champion pool, you may find yourself in a situation where you would feel uncomfortable with the pick you have chosen and thus will make it easier for your lane opponent to get the jump onto you and punish you. Not every champion is invulnerable. So, it is crucial that you build a champion pool early and learn the limitations of each champion in your pool because when you do, you will have a better chance at success if you get counter picked.

As previously stated in champion pools, it is best to get a feel for which champions you feel at ease playing. As you go through this process, you should find yourself deciding which champion would be your go-to comfort pick. This champion is one that you should always fall back on because of your experience with it. This pick should nearly always be used when blind picking, because it will provide you with a sense of relaxation knowing that you are playing a champion you feel most comfortable on, despite your enemy getting the counter pick. Once you know what your lane opponent is, it is best to adapt to it, like changing runes or modifying your build so you have a better chance against your opponent.

Blind picking is usually not a fun time for players in ranked. It revels the hand and leaves you open to be countered and stomped on in lane. However, taking the time to learn about the best blind picks, building your pool of champions and finding comfort picks within that pool, it will make blind picking feel less nerve wracking about the unknown. 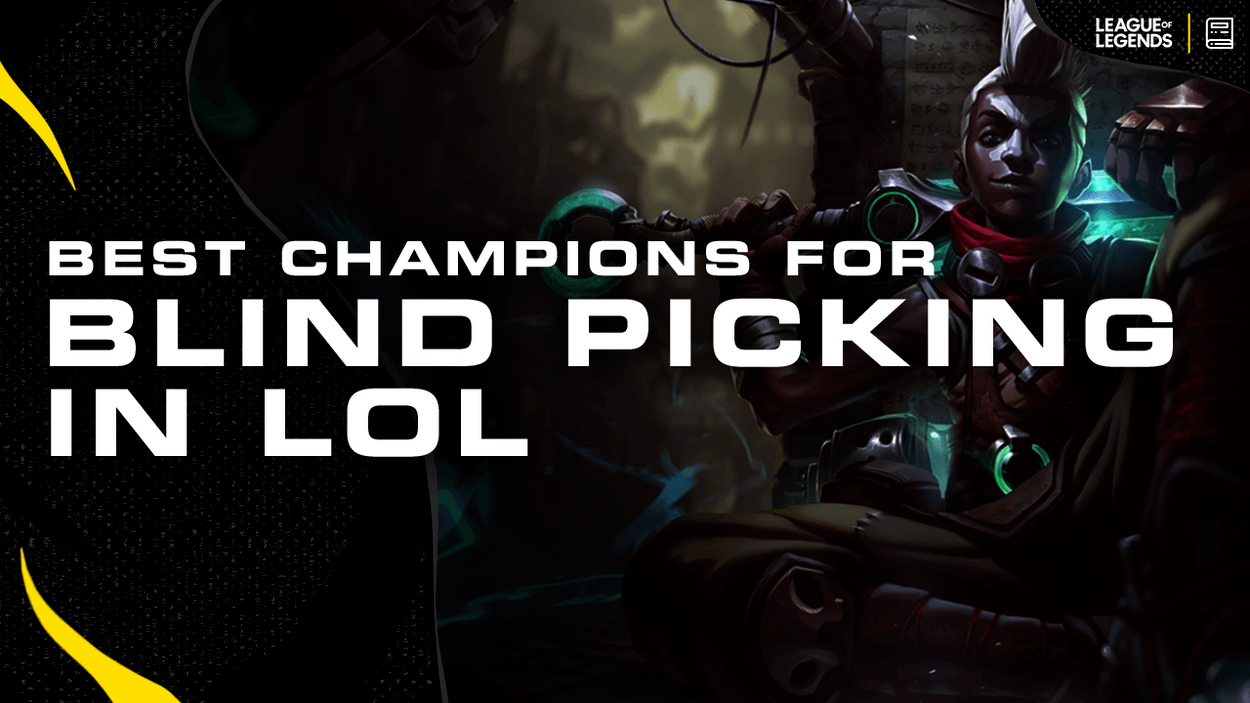