From the dawn of League of Legends, Mages have posed a significant threat across Summoner’s Rift. Capable of pumping out high burst damage, considerable healing, impressive CC, and much more, you can never sleep on a Mage with a confident player behind them. With a rise in prevalence of AD solo laners, particularly Marksmen such as Tristana, Lucian, and now even Aphelios, an opportunity arises where Mages can flex into bot lane and provide balance to your team’s damage output. For this reason, we’re going to take a closer look at what it’s like to play Mages in the Bot Lane with some tips and tricks for dominating your lane in every game.

As previously mentioned, Mages playing a carry role in the bot lane are a great pick when your team needs that extra magic damage. Typically, the bot lane carry is an AD marksman who can pack a mean punch behind a formidable frontline, and the APC should be no different in that regard. Let’s break down the ins and outs of playing an APC Mage, so you can put your team on your shoulders and carry them to victory!

At the moment, the best champions to play in this role are champions that can maintain consistent lane pressure and then quickly convert this pressure into a huge all-in attack. Heimerdinger and Syndra are two top picks for mages in the bot lane for this exact reason; Heimer’s H-28G Evolution Turrets are low-cost, quickly respawning, and can easily take down an opponent if their damage isn’t respected, and Syndra’s Dark Spheres operate in a similar fashion by zoning enemies away from farm and causing a lot of trouble for enemy laners. 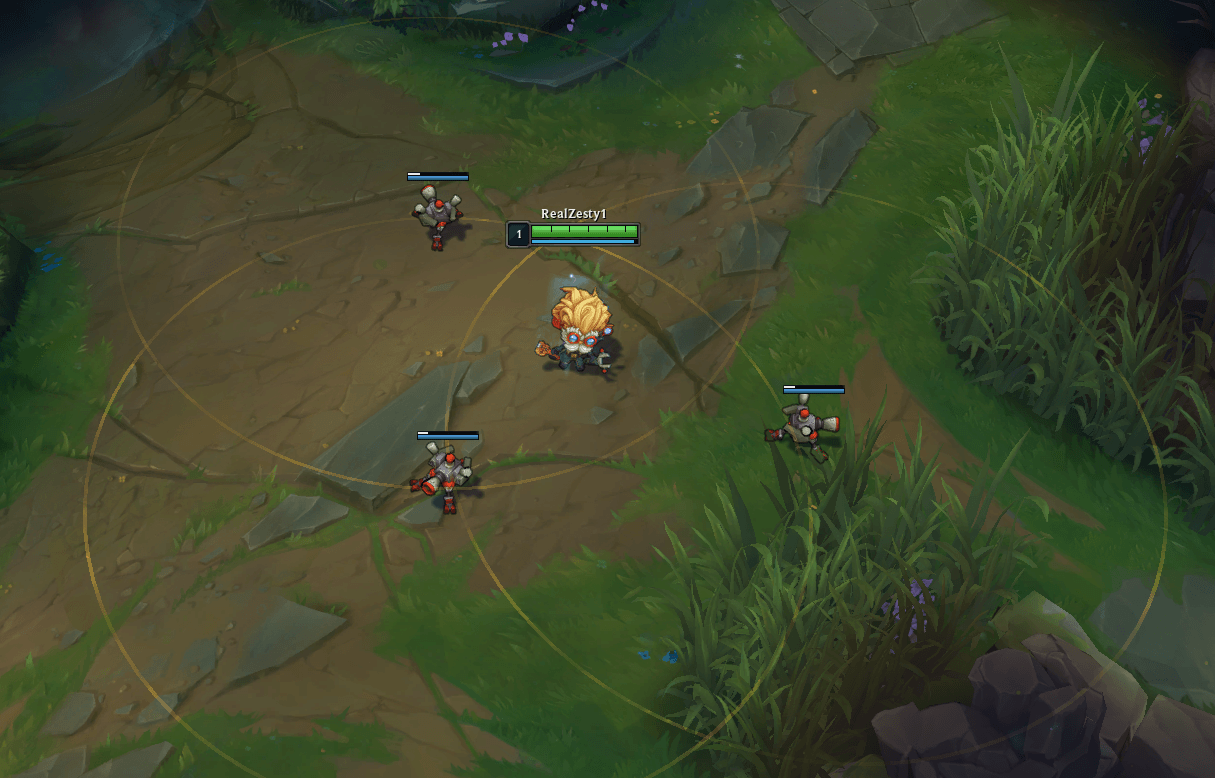 These two champions are capable of turning up the heat with some hard CC and a massive ultimate ability that has the potential to eliminate the threat of the enemy ADC. A good APC will be a constant headache for the enemy team in every fight if they can continue to keep the enemy’s ADC outside the range of their combo, out of fear of being one-shot. More conventional bot lane Mages, such as Varus, have a similar playstyle of hard CC combined with burst-damage capabilities, but his most consistent form of damage will come from basic attacks.

While it’s impossible to use the exact same items in every game with the same level of success, there are a number of key components of an APC’s build that are essential in the bot lane. Starting a build off with a Luden’s Echo is a great way to maintain early pressure and provide a great combination of stats for casters with considerable AP, mana, and CDR, as well as amplifying your early burst through Echo’s splash damage. 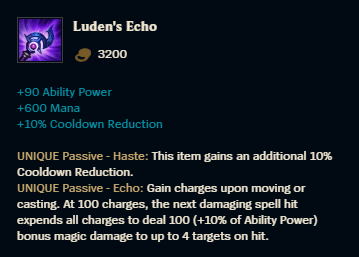 Zhonya’s Hourglass works fantastically against an AD-heavy enemy thanks primarily to the armor and active ability that it grants the owner. It’s one of the best defensive AP items in League of Legends currently and, considering you’ll likely be laning against a traditional enemy bot lane, you’re going to generate huge value from this particular item. 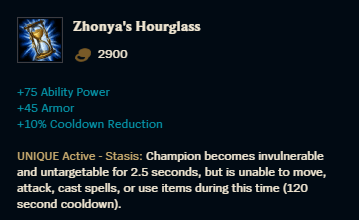 Finally, Morellonomicon works to counter the large amounts of healing that ADCs will be generating and receiving thanks to the Grievous Wounds granted by its unique passive, Cursed Strike. The extra magic penetration is also a huge bonus that can scale well as the game goes on, making this a great item for any APC in the bot lane. 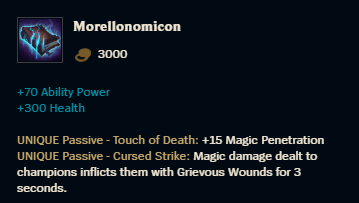 While we’ve already talked about Mages in the bot lane working well with an otherwise AD-focused team composition, there are some other great combinations that can be employed to enhance their effectiveness even more. Starting with Support, Mages in the bot lane are best accompanied by tanky supports with a hefty amount of CC; Leona, Nautilus, and Blitzcrank are perfect alongside an APC. This is not to say that other Supports will not work, but if your lane is too squishy to secure an even trade, you’re going to have much more trouble dominating your lane.

This is a concept that has existed longer than the APC, but that does not mean that it is currently unpopular; there are numerous champions and items that encourage a Mage to take up a supportive role as well, and to great effect. With a wide array of tanky top laners and junglers finding their way into the current meta, there is an extra place on the Rift for some additional magic damage to be dealt.

There are a great number of Mages that fit well in this position, including Lux, Zyra, Morgana, Xerath, and Vel’Koz. The common element shared between all of these champions is their long-ranged kits combining nasty CC and some serious damage, which is perfectly suited for finding a pick in bot lane. Playing these champions in Support creates so many opportunities for your team, whether it’s through utility/defense or aggression and damage is entirely up to you, but more often than not it’s a lethal mix of both. 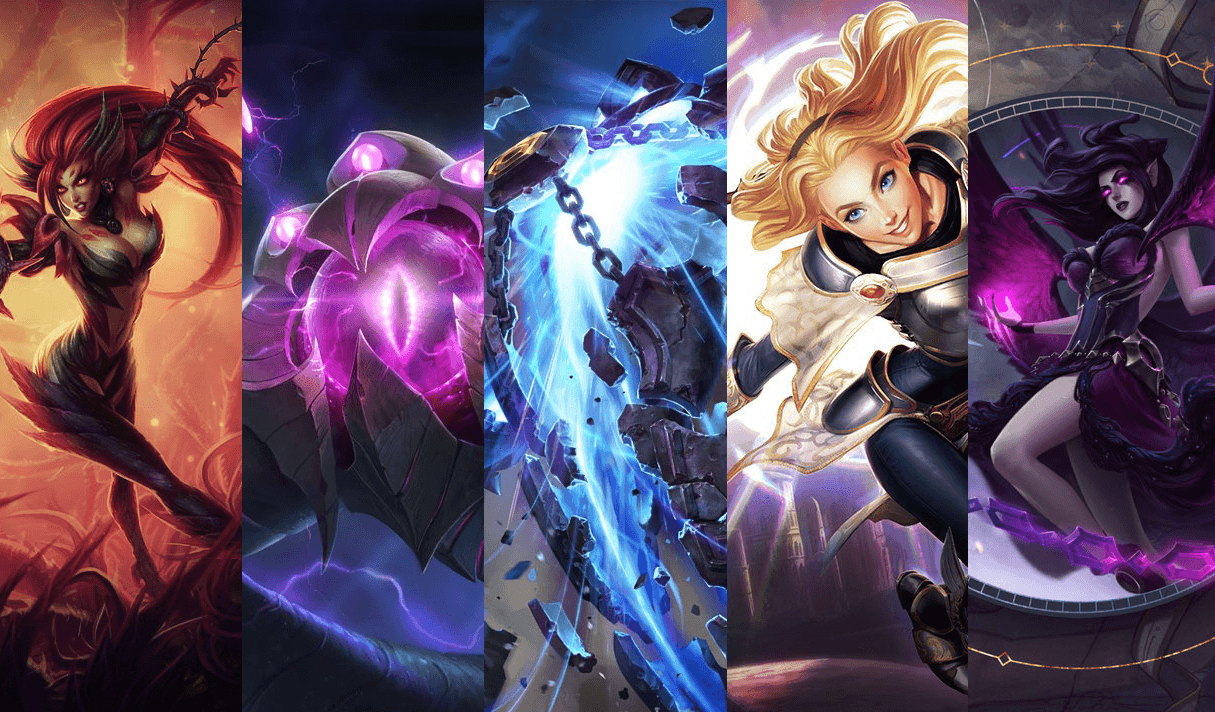 Morgana’s Black Shield and Lux’s Prismatic Barrier are both super powerful parts of their respective kits, and these defensive abilities are balanced out by their ever-threatening Qs (Dark Binding + Light Binding) to generate some of the most intense early-game bot lane pressure that exists on Summoner’s Rift. Whether you’re required to provide aid to the carries on your team or step forward into a carry role yourself, Support Mages are among the greatest troubles for a careless team in League of Legends.

There are many items that work well for Mages in a Support role, both offensively and defensively. Firstly, Athene’s Unholy Grail is one of the most unique items in the game that benefit Mages that can shield and heal their allies through blood charges, converting damage dealt to team utility, while also providing mana regen and other minor stat bonuses. This item is a very useful item for the Supporting Mage that’s happy to stay out of a strictly carry-oriented role and give value to their team through shields and heals. 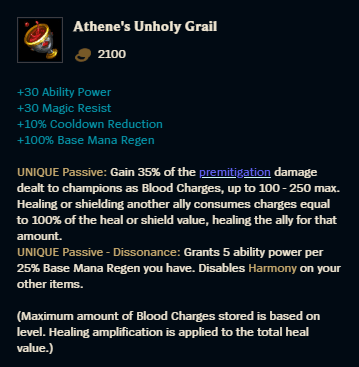 Ardent Censer is the second item that is exceptionally useful for Support Mages, as it gives a relatively high amount of AP for its cost, as well as a powerful unique passive that buffs the recipient of your heals/shields with Frenzy (an attack speed bonus and magic damage on-hit). The mana regeneration provided by this item is also essential for a supporting Mage, making this well worth it in your build. 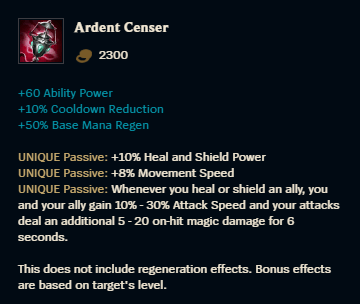 Lastly, Twin Shadows is the most aggressive item listed of the three but finds a place thanks to its large AP bonus and, more importantly, the Spectral Pursuit active ability. This gives the user fantastic control over the map, providing guaranteed vision over enemy targets that can be game-changing around major objectives and in preventing surprise ganks in lane. The slow on the active ability can also be used in a chase, to stop your opponents from getting away too quickly and allow yourself to secure a kill. 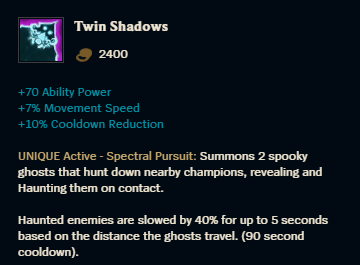 The greatest synergies with support Mages lie in ADCs with great range and/or great mobility. Champions such as Ezreal, Tristana, Caitlyn and Ashe are fantastic combinations in bot lane for these Mages, as these ADCs can match the pressure their supports are capable of providing. There is room for these Supports to grow more powerful and eventually overtake these champions in the damage they deal too, which causes troubles for the enemy team as they struggle to identify the bigger threat between the two. Regardless, unless your enemy can match the range of your damage and constant harassment that can be pumped out by a bot lane with a supporting Mage, these synergies will be hard to beat.

Mages are an exciting, game-changing role in League of Legends that can be used to great effect all across the map. Taking this knowledge into the bot lane will provide you and your team with an edge over your enemy as you spellcast your way to victory- GLHF! 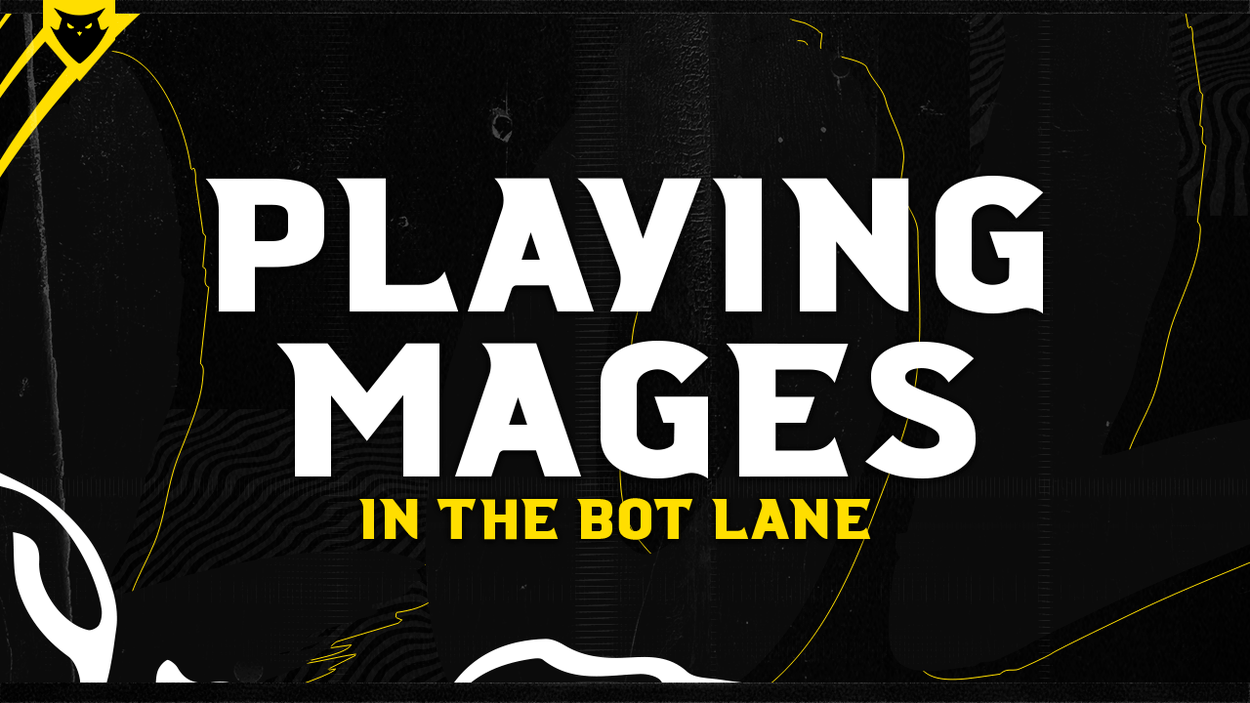