Season 5 of Apex Legends has been out for a few weeks now, bringing new changes, a legend and many more hidden surprises. Things have been pretty smooth during these last few weeks so we took the time to talk to NRG's newest addition Nathan "Nafen" Nguyen about this new season, Pathfinder, and the comp scene.

How did you become a member of NRG?

Nafen: I've been a F/A grinding since the beginning of the game, playing scrims from APL then around GLL. Our third couldn't play the qualifiers, and we ended up playing with Frexs, which got picked up by NRG shortly after. We liked playing together so once ace decided he didn't want to play comp anymore I was asked to play with them.

Going off of the last question, how’s your experience been in the comp scene?

Nafen: The comp scene has always been a good community not much beef going around and pros support other pros which is a vibe.

Which character do you main, and what about that character has made you attached to it?

Season 5 has been out for a few weeks now. What do you think of the introduction of Loba and do you think she’ll fit in the competitive meta?

Nafen: Loba was a cool addition, but she wouldn't be used in comp as it is. She'd be used by a couple teams.

What do you think about the weapons changes made to the economy such as switching the Peacekeeper and Mastiff and bringing back the Skullpiercer Mod?

Nafen: I think the Mastiff and Peacekeeper change was a good change for shotguns making it not completely necessary to have a PK. The Skullpiercer was one of the attachments that I really liked since it rewarded headshot damage.

Pathfinder again is the focus of the nerf hammer. Why do you think the developers remain so uncertain of where Pathfinder’s grapple ability should be?

Nafen: I think the devs chose to nerf Pathfinder because of how much it's played and how the grapple was used. Since the cooldown was so low, you could use it just to move around the map or catch up to someone. After the nerf, you have to use your grapple more cautiously. Pathfinder will still be played in comp because of its passive ability (being able to read zone 2), but you will have to use your grapple like Wraith to get out of sticky situations.

Along with character changes, Mirage’s changes seem to be the biggest and have had a positive impact. Do you think any other characters should get a rework like Mirage and what would you do to those characters?

Nafen: The Mirage rework was great. It made the character actually viable in casuals or ranked, which brings in more variety of comps. I think Lifeline should get a rework because at this point Mirage/Gibby have a better res ability than Lifeline.

Where do you think Apex Legends stands right now in its current competitive position?

Nafen: I think after Season 5 and the COVID situation has been cleared up, it has the potential to become a great competitive game with a great audience.

We'd like to thank Nafen for taking the time to participate in this interview. We wish him and his team the best in their future endeavors! 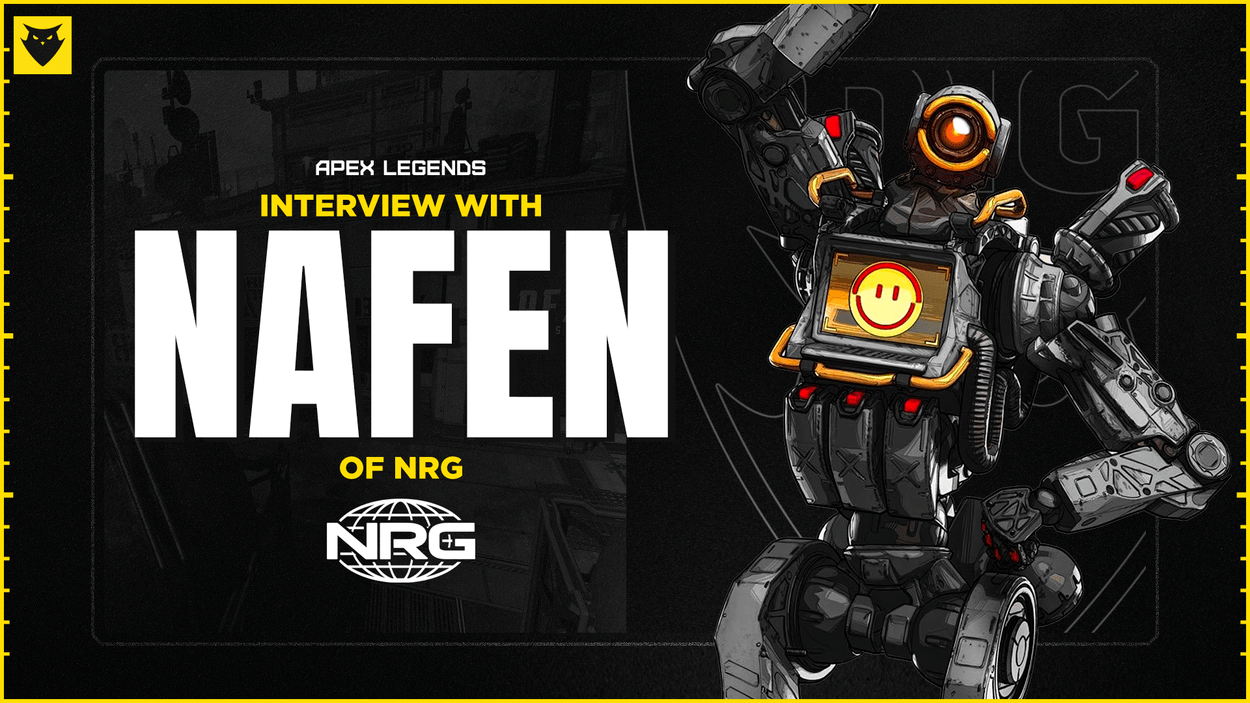