Season 5 of Apex Legends is rapidly coming to a close. As we move to Season 6, lots of things need to be addressed in order to satisfy fans especially in regard to the meta changes brought about by the Lost Treasures patch. Today, we are joined by Hunter "Pride" Perez of Sola Fide as we talk about this season, the next, and a lot more.

Can you tell us how you became a member of SolaFide?

Pride: After we qualified for the Texas major, we started looking for an organization to represent and help us out with LAN funding. We put out a post on twitter and had some people contact us. However, Metro knew the COO of Sola Fide. With that connection, we began discussing signing and the Texas LAN. Eventually, we settled on doing a temporary signing for the LAN, but the LAN was canceled due to COVID. We then decided to stay with SolaFide for OT2. Once we did well in OT2, we officially signed with them.

Getting to where you’re at is no easy feat. Do you have any tips for any aspiring pros out there whether that be on finding a good org, how to grind effectively, or building up yourself as a brand?

Pride: From my knowledge after growing to the place I'm at, I would suggest finding players who have share the same mentality and view of the game with you. It's difficult to find the perfect team and often times the first team you find is not the right fit. However, every team you play with, you should take positives and negatives from. For instance, certain tendencies a person has, their outlook on how to play, or their entire play style. You should take every team/teammate and learn from them. I personally created 4-5 teams from scratch and played with a multitude of players to learn and grow. I did not get to the top from an easy ride. I worked hard and learned as much as I could from other people and then made it after a year and a half.

Going off of the last question, now more than ever it’s easy to get burnt out on a game. How do you manage competing in Apex Legends with time off so you’re not burnt out?

Pride: To deal with burn out, I mostly only play scrims. However, the week of a tournament I will grind ranked in combination with scrimming to make assure I am prepared. I do play pubs and ranked sometimes, but it's mostly with friends that I can chill with and enjoy the game.

Who do you choose as your main, and what drew you to that character?

Pride: I was drawn to Wraith from the very beginning of the game. I liked her abilities and the way she could hard carry fights in pubs. When looking at the other characters, Wraith seemed like the most outstanding one. Competitive wise, she's fits perfectly as the IGL (in game leader) of most teams. She also has the potential to be the hard fragger for her team as well. Wraith is a powerhouse that requires a solid head and good mechanical skill. I have played other characters for my competitive teams, but I have always felt that I do the best when I play Wraith.

What are your current thoughts about the current state of the game?

Pride: In my opinion, the game is not at a great place competitive wise. The changes they've made to Crypto and Revenant are broken... the synergy that they have is unmatched. Then you add in Wraith, and it's just yikes. To me, in an FPS game, gun skill should always come first. An ability shouldn't be so overpowered that it wins the fight for you. The changes that they made recently feel like they are decreasing the skill gap instead of increasing it.

When you make changes to characters or guns with an esports scene in mind, they need to be smart rather than the same characters being played with maybe 1 or 2 added in. It seems they change 2 characters that anyone can use and abuse at the top level because the abilities became overpowered. I get maybe seeing everyone running the same combination might be boring but to make 2 characters overpowered because they want to see something new or because they weren't getting played is the wrong direction.

Next, adding King's Canyon the map pool is just... insane. Especially after they saw how much the pro community was complaining about it. King's Canyon has so many chokepoints and open fields with a minimal loot pool that it's very hard to survive. Everyone that is playing competitive has the mindset of, "Just do well on World's Edge and then pray that we can do well on King's Canyon." Those are the two main problems I have with the game currently. I think, on a positive note (besides the prowler), the gun meta is in a good spot.

A hot debate going right now within Apex Legends (and any game) is the controller versus mouse and keyboard. Where do you stand in this debate especially with cross play coming in the Fall?

Pride: To me, if the people behind the esports scene allow it, then it's fine. With crossplay however, for competitive, it should stay PC only and if you want to play on keyboard or controller then whatever. Crossplay is good for pubs and ranked but not for competition wise.

After the end of this season’s quest, there seems to be a lot of speculation that we could see a new map coming next season. If you were in charge, how would you design this map? Would you draw elements from King’s Canyon and World’s Edge or start from the ground up?

Pride: I would mainly pull from World's Edge. The map has a good balance of chokes, open areas, buildings, and good loot. I'm not too into map design but as long as it's not like Kings Canyon and more of World's Edge, I am happy.

What are your thoughts on reworking some of the current legends that way they can be more impactful and/or get them in to the competitive pool? Along with that, Revenant’s caused some problems due to the rework he received. How would you rework him so he’s still viable?

Pride: 5/13 legends are currently not played in comp (at least not for NA). Those legends are Bangalore, Lifeline, Loba, Mirage, and Octane. The issue with Bangalore is that digital threats are easily found and nullify her smokes. Then, her ultimate takes too long to pop and it doesn't work well against buildings. Plus, she almost requires a Bloodhound to synergize with her to make her fit into a competitive. Lifeline is just a pub or ranked character. Her abilities fit so well with the playstyle in ranked and pubs but not competitively. Gibraltar and Wattson do so much more for the team than Lifeline can ability-wise. Loba needs a rework entirely of her ultimate. Again, her abilities don't do as much for teamwork as any other character played currently. Mirage will always be a pub character because he brings nothing to teamwork. He is an individual character that doesn't have any synergy with anyone. With Octane, his issue is his ultimate. The time spent in the air is enough for any 2-3 man squad, maybe even a solo, to destroy you. With the Revenant change, his Q needs to be nerfed to 10 seconds to lock on enemy abilities or 12 seconds at max. 20 seconds is way too long for a high-level fight. Then, his ultimate either needs to be reverted and given a longer range, or the duration shortened while in ultimate.

Urban has joined the SolaFide team as coach/manager. What are you expecting from someone as knowledgeable as Urban as the team continues grinding for championships?

Pride: With Urban joining the team as our coach, he is our 4th pair of eyes and also our mediator for talks. He give us valuable input about the game that we might not see as well as keeps the conversation constructive when we do VOD reviews.

Pride: I just want to thank you for this opportunity for the interview. To any of the Sola Fide fans that see this, we are sorry for the poor performances recently. We have drifted off the path that was making us successful and are now on our way back. We are looking to prove that with the GLL Final Chance/Finals and then onward from there. Thank you so much for your continued support for the team!

We'd like to thank Pride for taking the time to be a part of this interview, and also great performance during last weekend's GLL Masters Summer Event. We wish him and his team the best going forward! 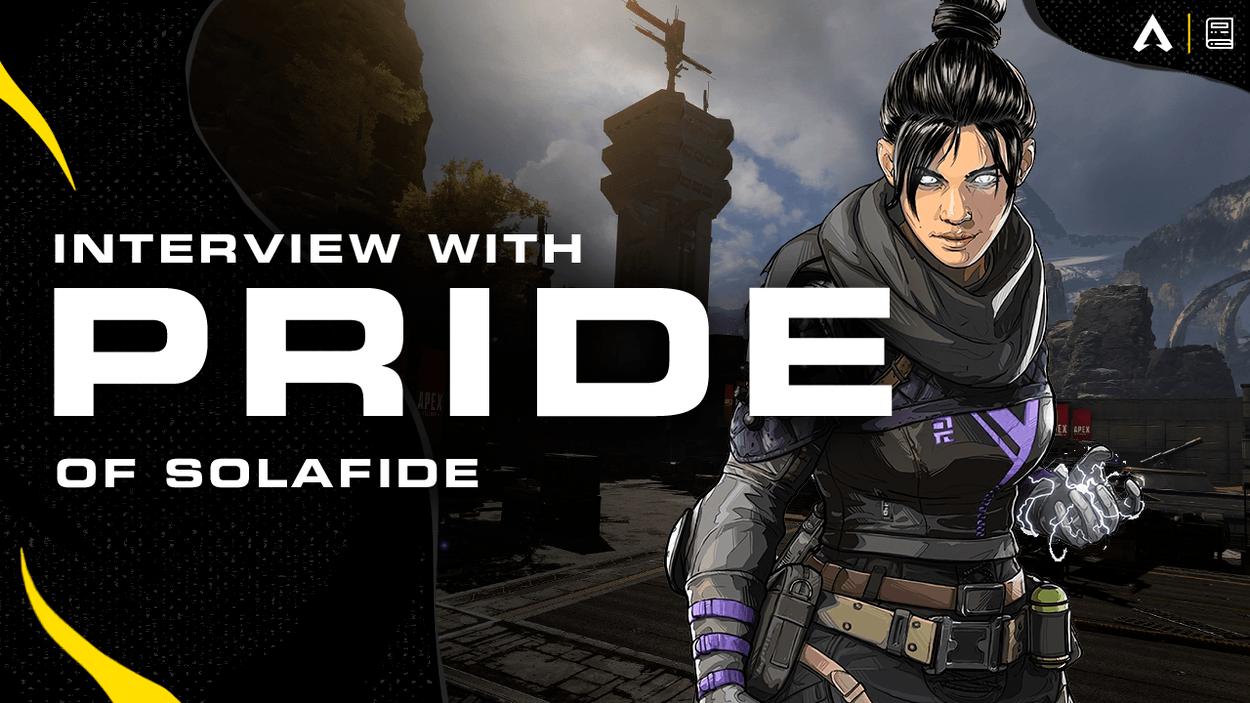