We're deep into Season 6 of Apex Legends. With that being said, we've seen massive changes to the meta that got reverted pretty quickly (we're looking at you armor system). Today we talked to the two-time (can't leave that out) Summer Circuit MVP Tyler "Dezignful" Gardner of Team AimAssist about his team, Season 6, and about a few comp details.

You’re a part of the trio known as Team AimAssist, who have been performing pretty well. Do you mind telling us the story behind the team and its inception?

Dezignful: As of right now, we’re orgless under the name AimAssist. I competed with resultuh and gent in the console league in which we took first place in by a substantial amount. When ALGS was announced, everyone drove us to PC and pretty much forced us to compete. While we had some difficulty with our first team comp, as practice went on, we’ve switched to a new comp that has been working pretty amazing.

Based off of your experience competing in Apex Legends. What’s been your favorite experience(s)?

Dezignful: The beginning, being the new kids on the block, claiming our drop zone. Going toe to toe with all the greats we had been watching YouTube videos about. It felt unreal, I think that’s what really set the drive of this team and reflects our play style.

As the Pathfinder main of the team, you’ve obviously gone through highs and lows watching your character get massacred by nerfs to his movement. One of Respawn’s producers said he was going to get some love soon. What are hoping to see happen (realistically) to Pathfinder?

Dezignful: So this is the big thing I have been waiting for, they nerfed my character into the ground and I’ve still competed with him this whole time. There’s nowhere he can go but up. On Pathfinder, myself and I believe everyone else would love nothing more to see a grapple cool down, although I don’t think Respawn has any intentions in that. My guess would be his movement speed on zip lines increase.

COVID has been going strong and affecting any possibilities of LAN events which in itself damages Apex even more as the scene is looking to grow. Do you think once it subsides, we’ll see more positive growth in the scene? Do you think a bubble option for LAN events could be a possibility provided players co-sign?

Dezignful: I personally didn’t get to experience any LAN as I didn’t participate in preseason events due to being on console. But there’s no doubt in my mind nothing hypes up a game more than a LAN event. Online events have been a struggle, but with all the events going on in the next few months for Apex I’m excited and think the game is definitely going in the right direction.

On the same topic, the rewards for competing are very low for players in the scene. For a game as wildly popular as Apex Legends, that’s unbelievable. What do we need to see happen in order for this scene to progress?

Dezignful: They need to make the game more appealing to orgs. Whether it be partnerships including in easy things like in-game skins, etc. The orgs need more of a return for their investments. More orgs equals more fans/more opportunities for players which equals higher revenue for the game. Basically everyone wins.

Switching the Devotion for the R99 has caused a giant rift in the balance ecosystem. If you were in charge of Season 6, what balance changes would you have made instead of the R99/Devotion switch?

Dezignful: Honestly, I’m perfectly fine with all balance changes except for the Triple Take. That gun is busted.

Footstep audio seems to be something a few streamers seem to rage about a lot. Do you think the audio fix is simple or do you think there’s some maniacally deep reason the devs haven’t worked on them yet?

Dezignful: I think there has to be a deeper reason as to why my Gibby's footsteps drown out all other noises in the game other than it just being a "simple fix".

Do you have a favorite player to either watch or compete against, and why?

Dezignful: Snip3down, the Godfather of the controller. Loved watching him in Halo and love watching him on Apex. Super cool to be competing against him now.

Dezignful: Apex has gone through great and tough times. I feel like as of right now though we’re on the right track with what is coming up in the next few months. Joining the scene, we were shown lots of tough love, but I’m glad I can now call a lot of my competitors my friends. I’m super excited for what’s to come for me and my team.

Thank you Dezignful for taking the time to talk Apex Legends. Good luck to the boys over at AimAssist! 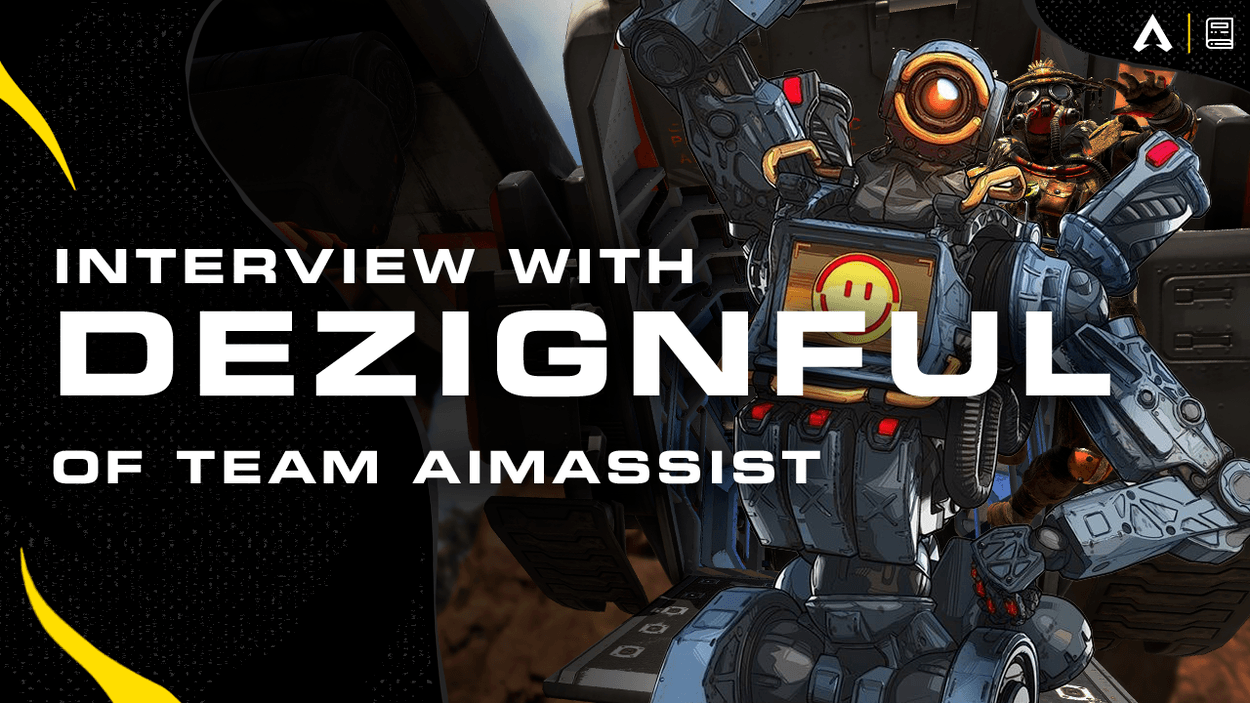