Widowmaker is somewhat of a divisive figure in the Overwatch community, and her competitive viability is often disputed. We enlisted the help of one of the best Widowmaker players in the world; Kephrii, an ex-Team Liquid member who has been taking the competitive ladder by storm. Join us for our interview with Brian 'Kephrii' St. Pierre in a bid to understand Widowmaker and her position in the competitive metagame.

Overbuff has you listed as the best competitive Widowmaker player in the world. But what was it that first made you interested in Overwatch?

Kephrii: My initial interest in Overwatch was due to the size of the community; the ability to interact and meet so many people has always appealed to me. Additionally, I loved the way the game tied together FPS elements such as tracking with MOBA elements like team fighting & cooldown/ultimate timers.

So what made you choose Widowmaker as your most frequently played hero?

Kephrii: Widowmakers ability to One Hit Kill (OHK) with a high skill ceiling was what drove me to play her the most. The capability that Widowmaker has when you use her entire kit to its full potential is absolutely amazing. Also... the noise you get when you headshot is seriously addicting.

Generally Overwatch encourages being flexible in your hero choices, but you've proven that you can succeed with mastery of one. What are your thoughts on 'maining' a single hero in general competitive play?

Kephrii: Maining a single hero in general competitive play could cause issues due to never knowing who you're going to be queued up with (for example two Widowmaker mains). Fortunately, I haven't actually encountered any issues. In an established team where everyone knows their respective roles it likely won't be as much of an issue. My goal when maining Widowmaker was job stability. Initially in Season 1 every team had a Widowmaker and the better player heavily influenced who won. My advice would be to main a single group of heroes (Support, Tank, Hitscan, or Projectile).

Are there any particular maps where you feel like Widow really shines as a powerful pick?

Kephrii: I personally think she shines as a powerful pick on most of the maps (even KOTH); If I had to pick maps by name, I'd limit myself to my top 3 (otherwise I'd end up listing almost all of them) Dorado, Gibraltar, and Hollywood.

Widowmaker's play rate in competitive suggests that she's not being played nearly as often as in Season 1. Do you feel this was because of the changes to her counters, nerfs to her power, or something different entirely?

Kephrii: There are a lot of factors to take into account with her play rate. Back in mid-June Widowmaker received a nerf to her ultimate charge rate, body damage, and scope. Of the three changes, one specifically is the cause of her severely diminished play rate: Players must now wait for the unscoping animation to completely finish before scoping. This resulted in Widowmaker becoming extraordinarily slow & stationary (compared to before) & having a very clunky/unnatural scoping animation. Within 24hrs after this patch Widowmaker was no longer played and within a few weeks she was shelved. If you add that patch information into the current meta of High Mobility Dive Comps & Tanks, you're left with a Widowmaker who doesn't have enough mobility to survive or put out significant damage unless she is played at an extremely high skill ceiling. This information has created a stigma around her resulting in most teams tilting and/or flaming at the mere sight of Widowmaker which brings down team moral and further diminishes her already abysmal play rate.

Do you think she's in a fair position from a balance perspective, or would you encourage Blizzard to change her?

Kephrii: Widowmaker is not currently in a fair position from a balance perspective and I do encourage Blizzard to change her. I do respect and sympathize with Blizzard in regard to how difficult she is to patch. Players need to understand any changes made to Widowmaker make a significant difference at each tier of Blizzards 15 million player base. The casual player, competitive player, and professional player all utilize her potential at a different level. For example, If Blizzard were to revert her scope nerf it would permit their casual/competitive player base to enjoy her again, however, it would also cause their professional player to control the momentum of the game again. It's a fine balance that will take many changes and lots of feedback (whether it's internal or PTR) to adjust and I don't envy the guy who has this job.

Does Widowmaker have a place in professional play?

Kephrii: Even in Widowmakers current state I believe she has a place in professional play. In the short time I played with Team Liquid I picked Widowmaker and made sure to show she was extremely capable of making an impact. It requires a unique team composition and strong understanding of the meta to work.

What would need to change in the metagame to bring her into the spotlight?

Kephrii: In the current meta you have to build an entire team composition around Widowmaker to utilize her to her full capability. Widowmaker currently lacks survivability, primarily due to the scope nerf which has left her in a low-mobility/stationary state. In order to bring Widowmaker back into the spotlight, she would need to be patched into the meta. If I had to patch her, my first PTR change for feedback would be to reduce her hook cooldown from 12 to 10 seconds, increase the scope in/out speed animation by 25%, and increase infra-sights cost by 10%. This might give her too much mobility which is why I want to emphasize it be changed on PTR and be monitored for feedback.

Do any particular strategies encourage the use of Widow?

Kephrii: I wouldn't say there are any particular strategies that encourage the use of Widow. I will say that I personally have effective strategies for using Widow and these strategies have seen success. This may be due to the limited experience/practice enemy teams have playing against Widowmaker. The hard part is getting teammates to trust my judgement to execute them.

If we step back and look at the average Widowmaker player, how effective do they need to be to make it worth picking her over a standard DPS hero? Are there any good benchmarks for performance?

Kephrii: If I'm being completely honest, the average Widowmaker player would need to be extremely effective to make her worth picking over a standard/meta DPS hero. I don't believe there is currently a strong benchmark or statistic to gauge her performance. If I was forced to pick one it'd be scoped hit % & scoped critical hit %. This metric is not a strong benchmark for performance due to pre-shooting corners, flying hook shots, etc.

You don't become one of the best Widowmakers in the world overnight. Did you have any secret training regimes for practicing your aim or positioning?

Kephrii: Haha, well it wouldn't be a secret if I told you now would it? In all honesty, I didn't and don't have any secret training regimes. I use the practice range to warm up (some people prefer bot games). I warm up my close, mid, and long range shots, flick shots, and hook shots, then I do one or two quick plays to loosen up.

Any closing remarks or anything you'd like to say to the community?

Kephrii: I genuinely want to thank everyone in the community for being so supportive over the past few months. I've met a lot of great personalities that have truly inspired and motivated me to continue playing this game. Additionally, I'd like to thank my wife Devyn. You've been a major source of support and encouragement for me and I really couldn't do any of this without you. Thanks again everyone!

A huge thank you to Kephrii for joining us and answering our questions on the state of Widowmaker. You can find Kephrii’s social media below, or tune in to his stream on Twitch.tv from 7-11pm EST every Monday, Tuesday, Wednesday and Friday if you want to improve your own Widow gameplay by learning from the best. 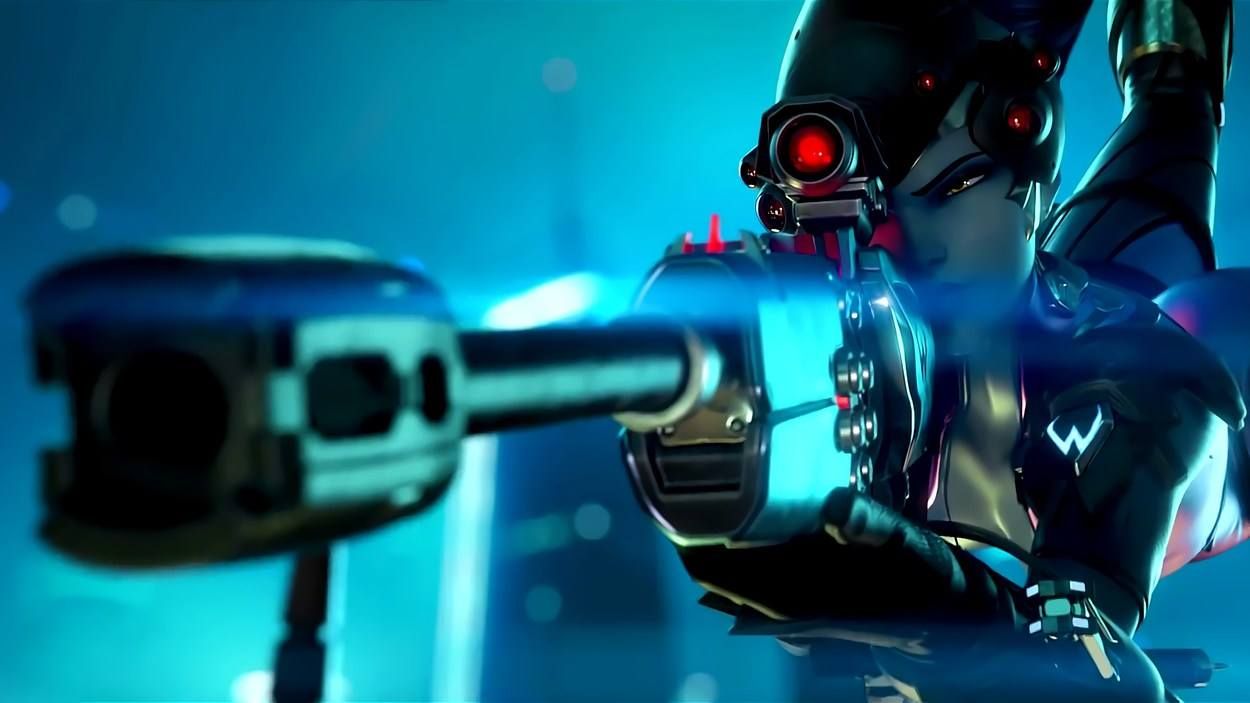