The M416 and AKM are very popular weapons on every spectrum of PUBG, whether you play competitively or you play casually with your friends just queuing solos/duos/squads. The current meta in PUBG is very focused on a double AR set-up in your inventory since they're almost as good as SMG's in close-quarter combat and are able to replace semi-automatic Sniper Rifles at a greater range if you know how to use them. The attachments are also a more common find compared to SR attachments automatically making them a lot better due to the recoil-levels that the SKS and Mini-14 have. With that being said, let's put the two best ARs, the M416 and the AKM, against each other and see which one comes out on top!

The base weapons are the weapons without any attachments on them, so they're statistics of the weapons when you pick it up which make a big difference. 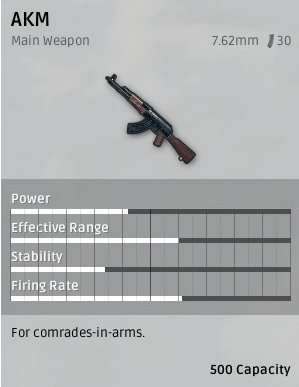 The AKM's base stats are the highest out of all the ARs that can be found, with high base damage (power) but lower stability. These stats are quite good since you can reduce the stability of the weapon in multiple ways but you can't actually increase the damage of the weapon since that damage is bound to the ammunition that the weapon uses. The effective range is the same on every AR, so just ignore that statistic. Firing Rate is not really something you immediately notice in-game, but the AKM's fire rate is lower than all of the other ARs.

The M416 is a weapon that's the automatic version of the M16A4 but hasn't been nerfed yet while the M16A4 has. The base damage of the M416 is a bit lower but the firing rate compensates for that since it can empty magazines more quickly, making it better for taking down multiple enemies at the same time. The stability of this weapon in practice is a lot better than the statistics may show since the M416's spray pattern is different compared to the AKM's. 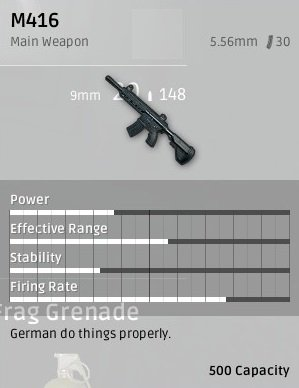 Attachment slots don't improve a weapon on pick-up but when you find the right attachments, you can make a weapon be twice as good compared to what you started with.

When using the AKM, you only have the choice to put on a muzzle attachment, an improved magazine, and scope like every other AR. The AKM is mostly used as a short to medium range weapon so it shouldn't have anything greater than a 2x scope on it since you should use a different AR or an SR for long distance fights. For this short to medium range, use a Compensator to both improve the spray pattern of the weapon and makes dragging down the weapon while spraying easier to control. The magazine slot speaks for itself.

The M416 is definitely superior when it comes to the attachment slots, having more slots than any other AR currently in-game. You can use almost every muzzle attachment (preferably Compensator or Suppressor) since the stock attachment and the foregrip attachment reduce recoil for a decent amount already. If you like to spray with the M416, go for the Angled Foregrip since it'll not only reduce the vertical/horizontal recoil but also decrease the time it takes to ADS, allowing you to switch to hip-fire even faster if you like to use the weapon to function as binoculars as well. I've seen players use sights/scopes ranging from Holographic to a 15x scope but that comes down to your personal preference. The only recommendation I can provide is that you switch scopes to fit the situation you're in.

Spray patterns are heavily influenced by attachments and is also dependent on if you're crouching, prone, or standing up. These spray patterns that are shown below were done in Miramar while standing up and ADSing. 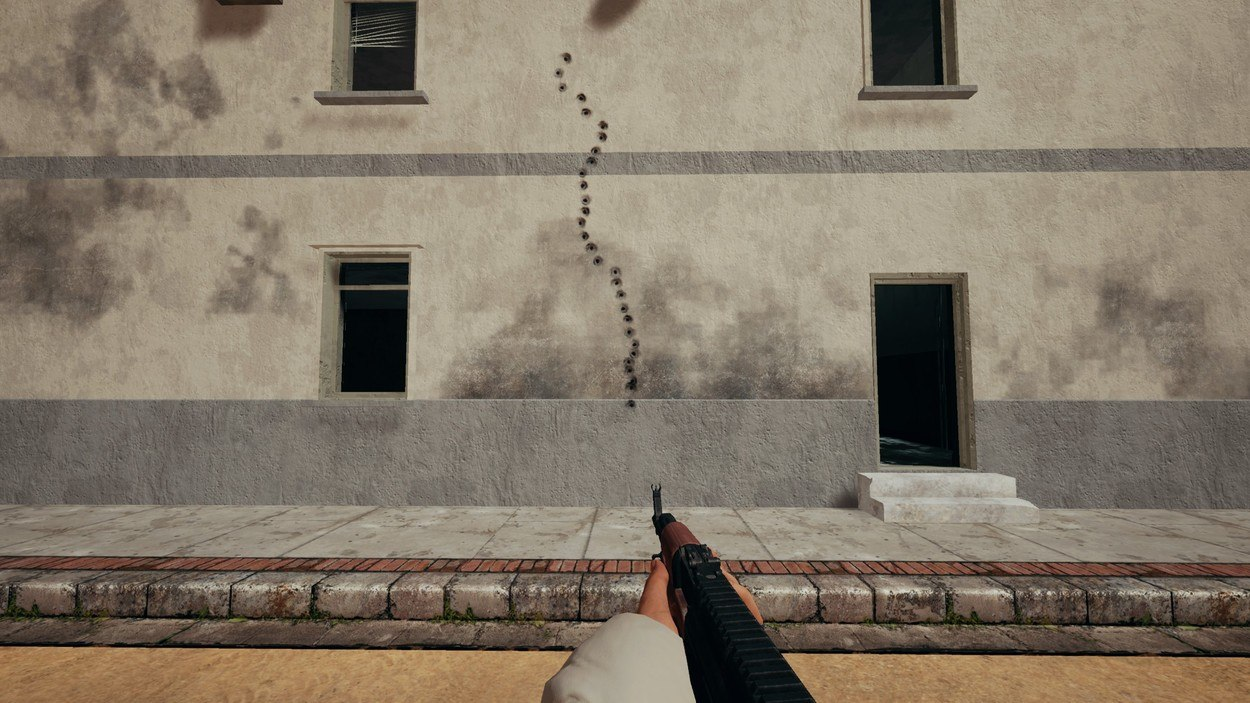 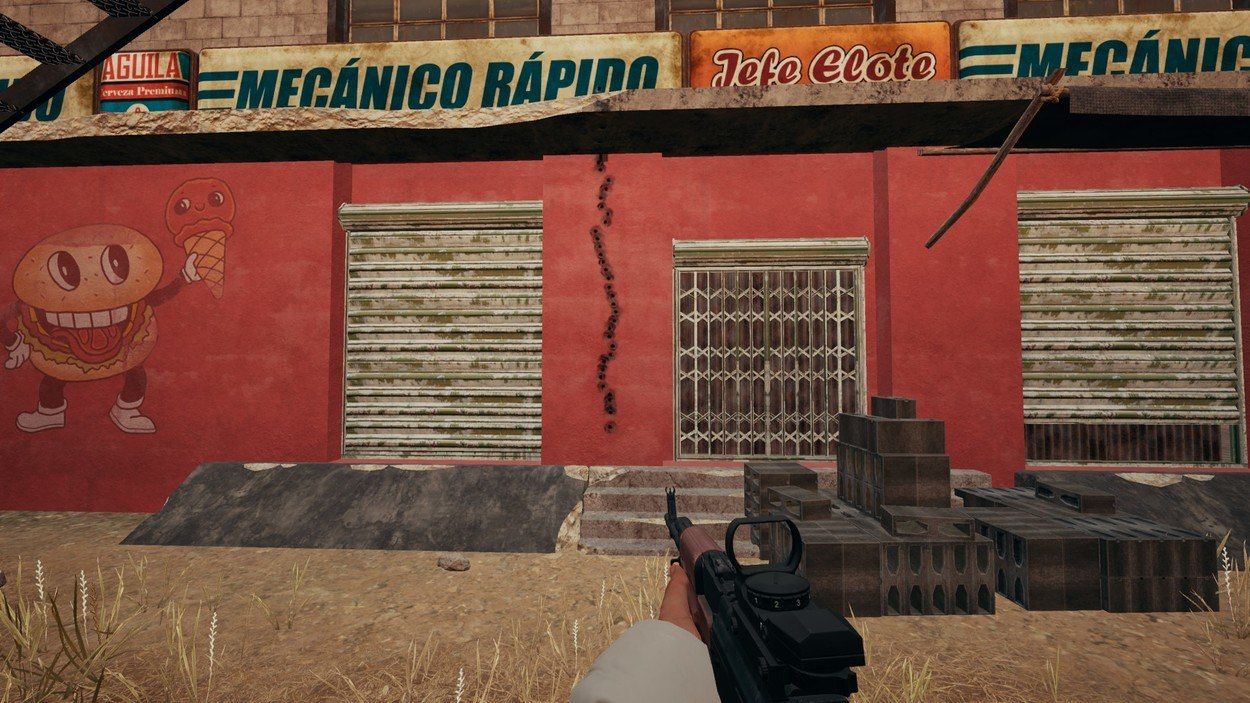 As you can see, the sprays with and without the Compensator on the AK are very different. Without the attachment, the first 12 bullets were kind of accurate but hit their peak at the 6th bullet and then swayed to the left. With the Compensator, it's almost a straight line with only some slight sways to the right/left which you can negate by dragging down your mouse. 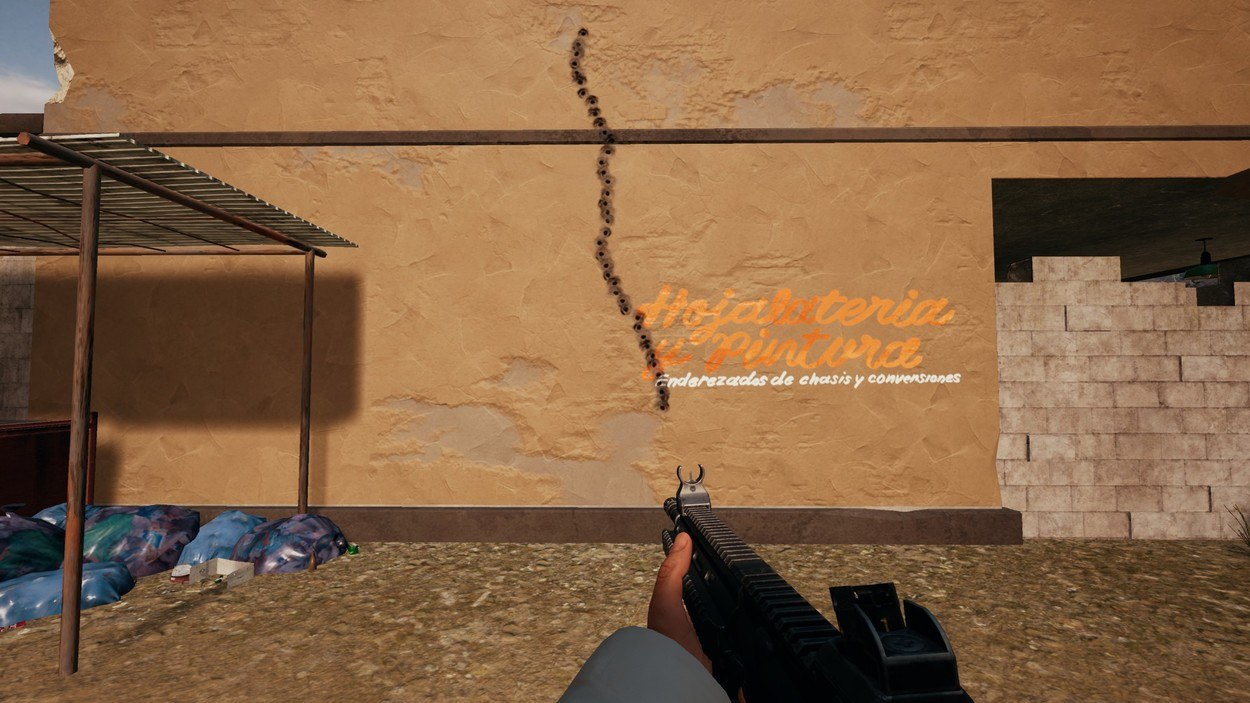 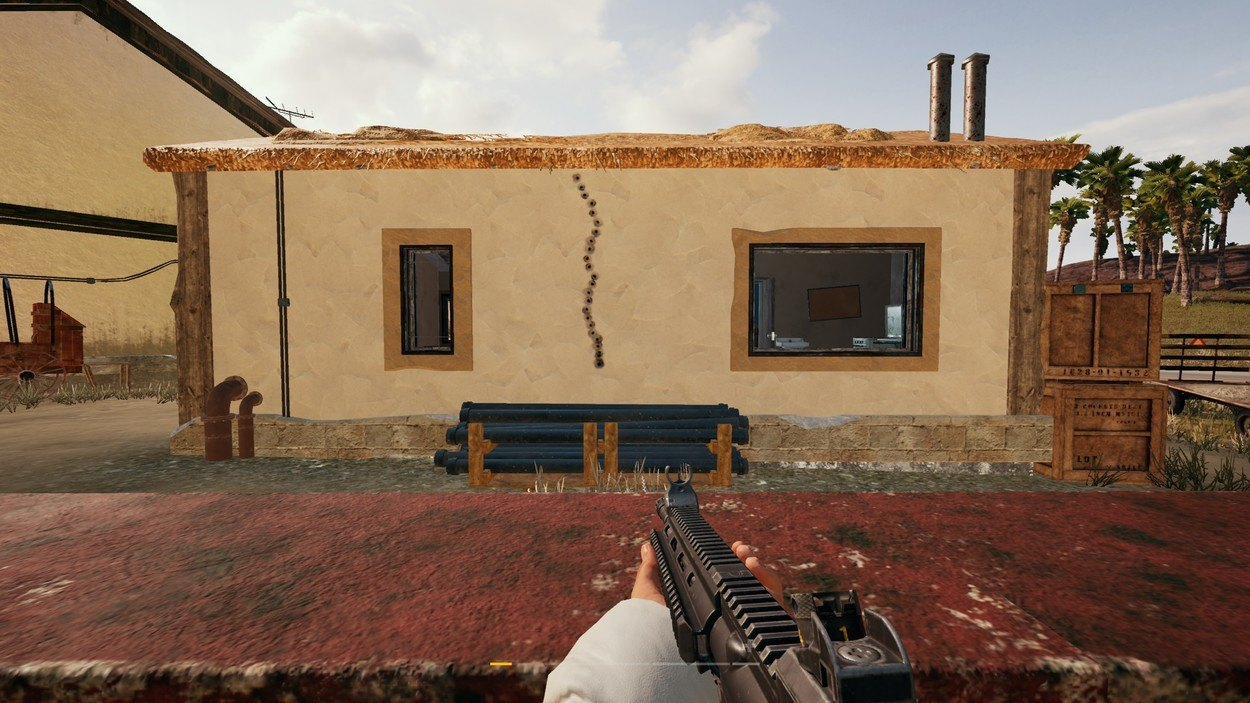 These sprays are kind of similar, but the attachments on the M416 make it so that the first 20 bullets go in a straight vertical line and then sway to the left meaning you shouldn't actually use your whole magazine in one spray but rather perform 2 sprays on 2 people or switch positions and spray from a different position the 2nd time.

I've seen a lot of discussion about the ammunition types, their drop rates, and the amount of damage they do.

All of these weapons that aren't found in airdrops have the same drop rate around the board. There are more 7.62 weapons so that may seem like there will be more 7.62 ammunition overall than 5.56, but I've personally experienced two 5.56 weapons spawned on top of each other with 6 magazines instead of the 4 magazines that you would find on average.

The damage of the 7.62 is definitely a lot higher, with statistics telling us that the damage per round is 48 for the 7.62 ammunition and 41 per round for the 5.56 ammunition.

Personally, I feel like the M416 is the best AR that's currently available in the game without having to loot any airdrops. The AKM isn't bad in the slightest, but the spray pattern doesn't allow you to fire more than 6 to 7 bullets per spray thus resulting in sometimes barely not killing someone or just delaying the enemy players' death. Both weapons are great and could go hand-in-hand by using them both at the same time, the AKM for short-range bursts and the M416 for medium to long-range. Personal preference is a factor for weapons and how you play with them, so stick to what you know/use best! 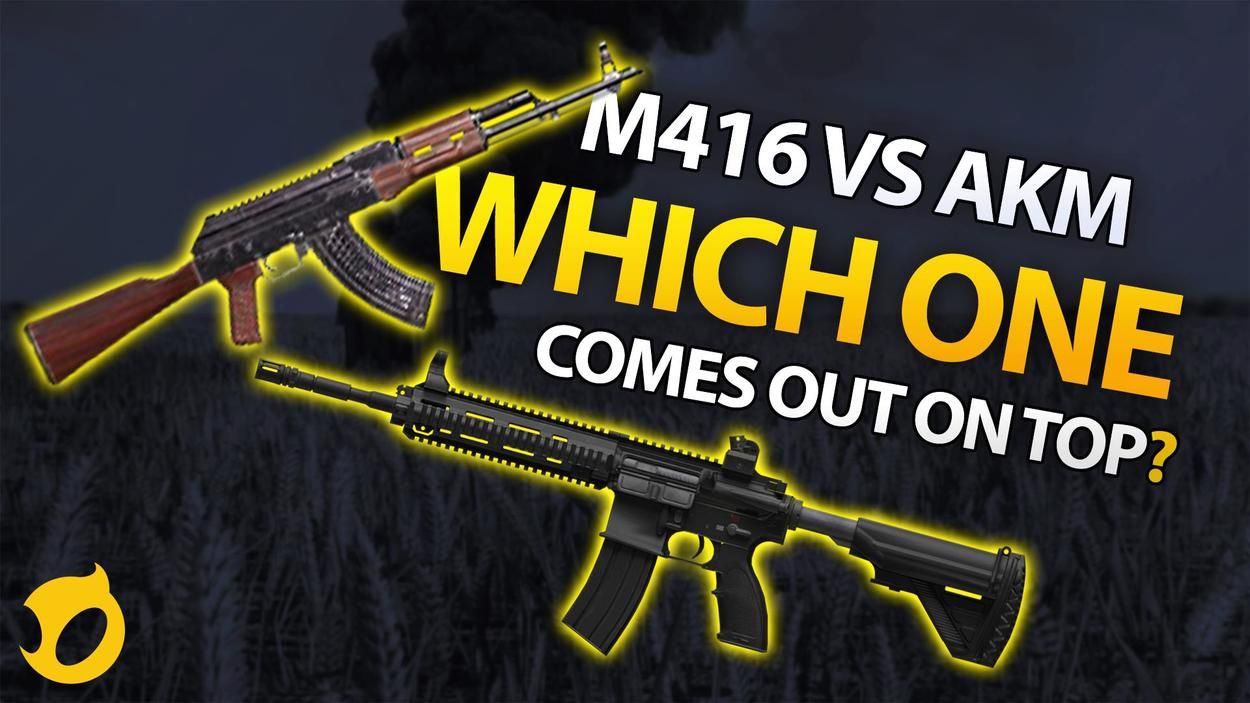