With another year coming and going, so too does another season of League of Legends. It’s hard to believe we are already approaching our 13th season, but here we are, more than a dozen years later. We took the time to sit down with Dignitas jungler Lawrence Lin ‘eXyu’ Xu to get a high-level understanding on what these preseason changes could mean for our upcoming year.

Note to reader: This interview was conducted on Friday, November 11th, 2022, a few days before the preseason changes went live.

One of the first changes I want to discuss is surrounding the laning experience. Riot is slightly nerfing duo laner solo experience, buffing solo laner experience, and reducing the gold value of each minion in mid lane by one gold each until plates fall.

With these changes in mind, how will this impact pro play?

eXyu: I think this will definitely affect pro play to some extent. Every time they make any experience changes, the meta shifts slightly. In this case, if bot laners get less experience, I think the meta could shift from ‘bot is OP’ to ‘hey your solo lanes actually matter’.

Is that what you think right now? Bot lane is OP?

Of course, with the preseason changes we will also be seeing some new items introduced as well as some old ones returning. I want to ask for your thoughts on a few of the new Mythic Items to see which ones you think will be relevant (if any) in the jungle. First is Icathia’s Endurance. What do you think of this item, and are there any particular junglers that come to mind that could benefit from this?

eXyu: I think this item could be pretty interesting. It reminds me a bit of the current Sunfire, in the sense that it’s stacking throughout the fight. But, if it doesn’t have that Bami’s Cinder effect for the clear, it could be pretty hard to build this on a lot of tank junglers because the tank junglers really rely on that passive for their clear. If this doesn’t have that, it could be rough to build.

Perhaps this is more geared towards top laners needing to compete with the Conqueror Champions?

eXyu: Yeah, I could see this as a top lane item for sure. Especially top lane tanks, not really bruisers, but maybe people could build Blade of the Ruined King into this, but I personally think it’ll be more of a standard tank item.

Another new Mythic Item is Goliath’s Ascendiary. What do you think of this item, and do you think there are any jungle Champions that could use it?

eXyu: I think that one is pretty interesting. It basically has the same base stats as Warmog’s but it has a cooler passive. It sounds like it could be pretty good with tanks. I think with tanks, you could generally get to 3-4k health in a competitive game, so you could do like 350 damage with that passive which could be pretty useful. But, for Junglers to get that item, since it has no resistances and it’s a mythic, building it first could mean that your early game is pretty weak.

Following up on the item changes overall, how do you think these changes could impact the meta overall for this coming season? Will we be seeing more emphasis on tanks?

A separate change being welcomed by many players is the upgrade to the pinging system. There are four more smart pings being added: Hold (Freeze), Push, All-in, and Bait. Additionally, there are two more vision-related smart pings to now differentiate between an enemy having vision, enemy vision not having vision, and requesting a ward. What do you think of these changes, and do you think there are any additional smart pings that should be added in the future?

eXyu: I think the smart pings are a really good idea. When they first brought the ping wheel it was already really cool. Those were really beneficial, but with how the game has advanced now, I think having those additional wheels is definitely helpful. People in lower ELOs understand stuff like freezing to some extent now, too. It’s kind of a budget version of voice comms, but I think it’s good enough!

And in pro play, we use them to some extent. Mostly it’s the danger ping and the question mark ping. A lot of that is for jungler-tracking early game, where I’ll ping and say it. When my teammates are focused on their lane it’s harder for them to process so they can have both ways to understand where the enemy jungler is. They are used pretty commonly. It’s hard to say whether pros will start using these new ones though. Maybe just the vision-related pings.

On that note, another change is to ward placement and ward timers. If you spot a ward that’s been placed and ping it, you will be given a timer for when it expires. Additionally, you will be able to see where the ward will drop if it’s over any terrain. Do you think these changes are good for pro play or does this take away from some of the skill expressions?

eXyu: I don’t think it will truly impact pro play too much. I think it will just help worse players catch up a little bit because the good players have already been doing that and practicing them. I think it’s more of a quality-of-life change for people who aren’t as willing to put in all the time around tracking ward timers and warding at certain angles.

Before I continue onto the next question, I have to ask a quick precursor question. How did you feel about the old Chemtech Dragon?

eXyu: The one where you revive? No! I was not a fan!

Ok, great! Well, as I’m sure you’re aware we will be welcoming back the Chemtech Dragon with several changes to both the map changes and the buff changes. In terms of power, how does this new version compare to its predecessor?

eXyu: I think it’s a relatively healthy change. Depending on the numbers. It could be pretty strong, but it doesn’t seem like it’s anything game-breaking. The map changes, I think it’s really more of a neat feature. They will save you a second or two, but it’s going to be rare when that actually makes a difference in the game. But we will have to see if anyone can get creative with them.

Of course, we can’t talk about this preseason with a jungler without talking about the jungle pets. How much will this change the jungle for you and do you welcome these changes?

eXyu: Honestly, I think Riot is experimenting with stuff for the sake of experimenting. I think the jungle pets could be cool, but I’m not sold on them yet. I’ll have to see how the season plays out. It’s kind of weird, it feels like it doesn’t belong in League, but we’ll see because I have felt that way about a lot of new stuff, but you get used to it.

eXyu: Like the plants! When they made that change, I was like, “What the hell, why are there all these plants?!”

But for the pets, I know the red is for damage, the green is for tanks, and the blue is speed, but I don’t know the numbers yet but I really like the green one because he stands on two legs so he kind of looks like the Choncc from TFT, so he’s my favourite. *laughs*

Before I let you go, do you have any final thoughts on the preseason changes as a whole? Is there anything in particular that we haven’t discussed that you’re looking forward to, or perhaps not looking forward to?

We’d like to thank eXyu for taking the time to sit down with us and discuss these preseason changes! If you’d like to hear more of eXyu’s thoughts with the release of the preseason check out his socials! 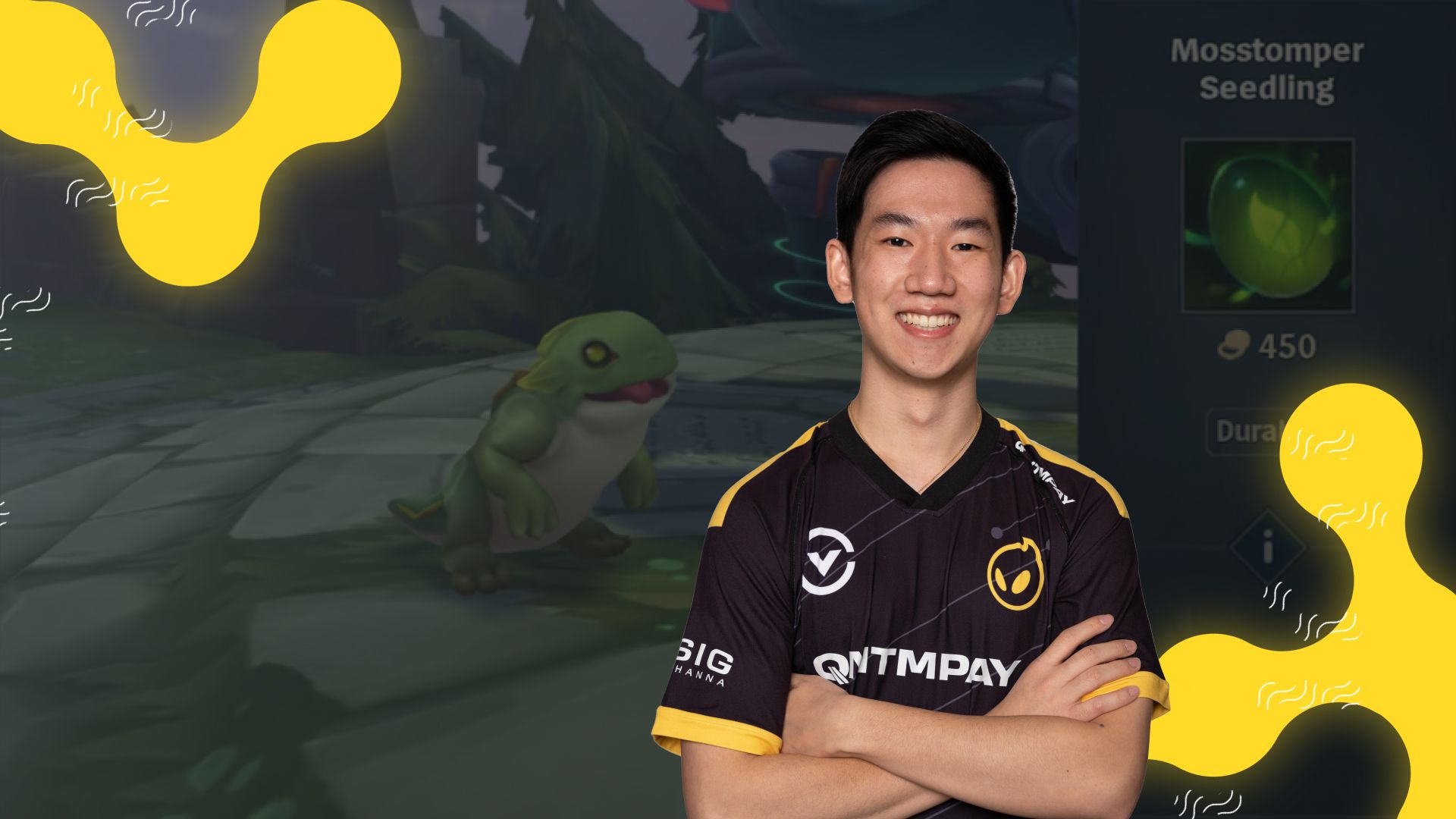