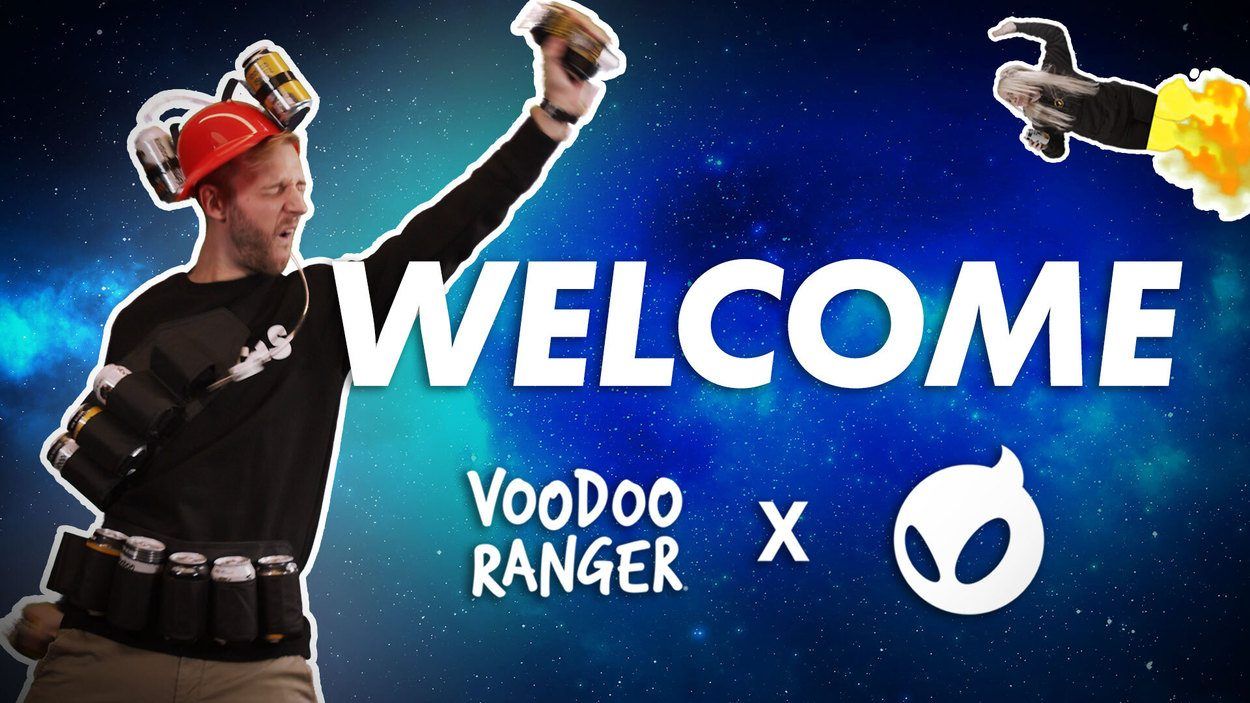 LOS ANGELES, CA – MARCH 29, 2021 – Dignitas, the esports vertical of New Meta Entertainment. (NME), has today announced that Voodoo Ranger, the IPA family of the New Belgium Brewing company, is now the Official Beer Partner of the storied esports organization. The partnership marks the first in esports for Voodoo Ranger, and features community-centric social, digital, and future on-location activations with the goal of connecting Dignitas’ vibrant fanbase through the organization’s content creators and athletes.

Through the partnership, Voodoo Ranger and Dignitas will collaborate on exciting new content to celebrate Dignitas’ passionate esports fans and community. In Voodoo Ranger Community Game Nights, streamed live on Twitch, Dignitas athletes and content creators will square-off in battles of bragging rights and brews. Dignitas will also hold a series of fan-focused Happy Hours and release original content, celebrating the special connection between gaming fans across the world and the future of the global esports community. Dignitas and Voodoo Ranger will continue to connect gaming fans and athletes at live, in-person events in the future; offering opportunities for tasting, sampling and celebrating.

Our partnership with Dignitas is an amazing chance to support a team and community that loves beer and all things gaming and esports but includes the community support and initiatives that we as a brewery also hold extremely close to our hearts. Cheers!

Aligning with a brand that values bringing people together as highly as we do makes Voodoo Ranger a natural fit. Community is the lifeblood of esports and gaming, and we're proud to partner with a brand dedicated to uplifting and celebrating the lives and moments we all share together.

Since its formation in 2003, Dignitas has established itself as one of the most successful esports organizations in the world, amassing 18 World Championships across multiple gaming titles. In September 2016, Dignitas was acquired by the NBA’s Philadelphia 76ers of Harris Blitzer Sports & Entertainment (HBSE), a diverse, global portfolio of sports and entertainment franchises and properties that includes the Philadelphia 76ers (NBA), New Jersey Devils (NHL) and more. Dignitas is the esports organization within New Meta Entertainment, Inc. (NME), a new media sports and entertainment company founded in May 2019 by an investor group that includes HBSE, Susquehanna International Group and Delaware North, among others. Dignitas currently fields six teams in four of esports’ largest and most popular games: League of Legends, Counter-Strike: Global Offensive (men’s and women’s teams), VALORANT and Rocket League. With content studios and player wellness facilities in Greater New York City and Los Angeles, and infrastructure in Europe and China, Dignitas is a global leader dedicated to esports athletes, digital influencers and entertainment game-changers. To learn more about Dignitas, visit YouTube.com/Dignitas, Twitter.com/Dignitas, Instagram.com/Digntas, TikTok.com/@Dignitas and Dignitas.gg.