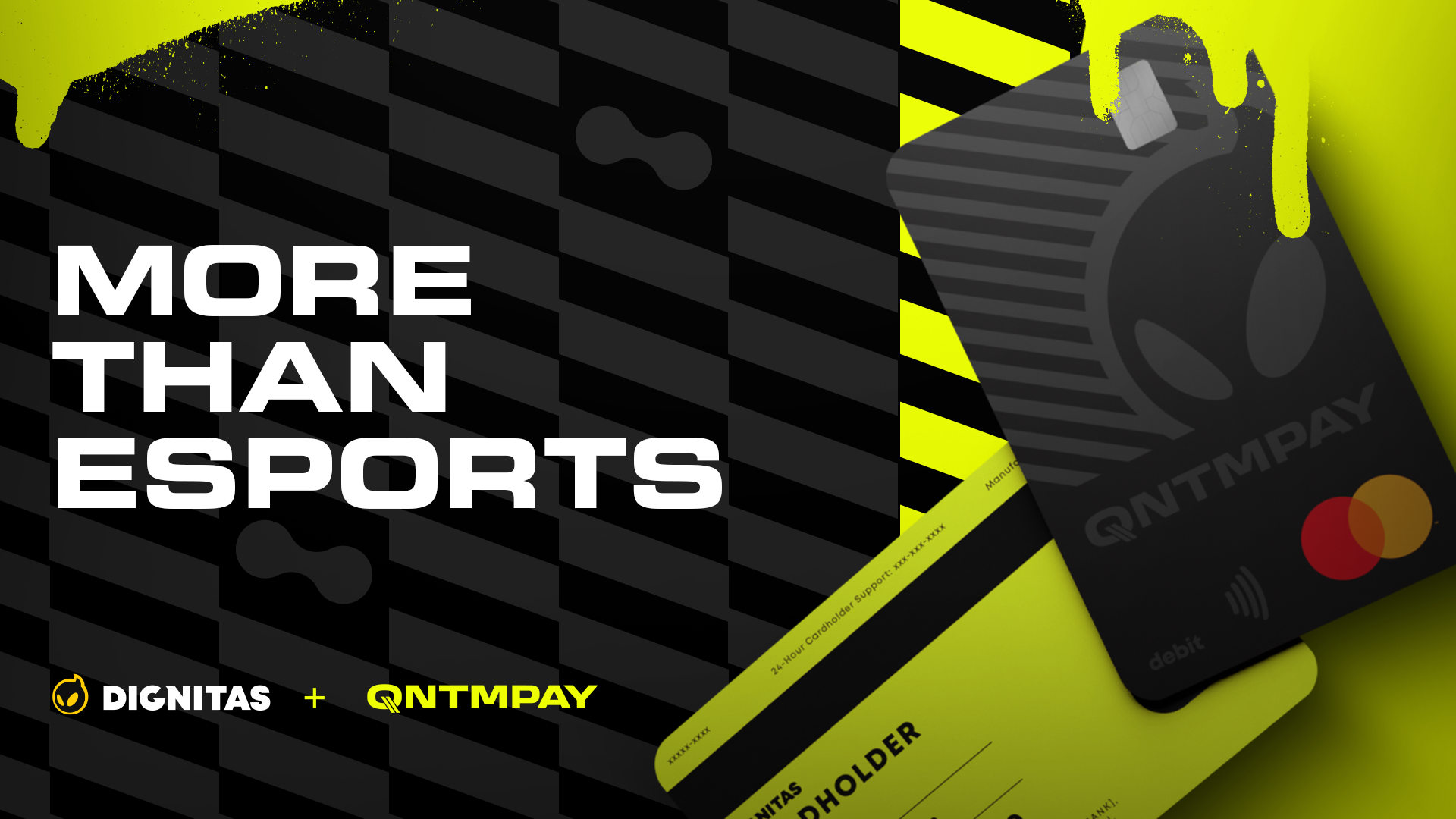 QNTMPAY will be the exclusive naming rights partner of Dignitas’ competitive League of Legends teams, renaming the organization’s League Championship Series (LCS) team as ‘Dignitas QNTMPAY’ and the organization’s LCS Academy team as ‘DIG QNTM Academy’. The move marks the first naming rights partner in the LCS since the league franchised in 2018. Both team jerseys will feature prominent front-facing QNTMPAY branding, and each team’s esports athletes will be featured in a variety of content and experiential activations.

The partnership between Dignitas and QNTMPAY is built to support the highly engaged gaming audience’s need for faster, more rewarding, and convenient financial freedom. Collectively, QNTMPAY and Dignitas will work to solve the unnecessary costs and inefficiencies of traditional banking for the fast-moving, digital native gaming audience that demands innovative tools like payment curation, transparency around savings, and multi-currency wallets.

“We are excited to build a meaningful relationship with Dignitas and the esports community nearing half a billion fans globally” said Adam Pearsall, Founder of QNTMPAY. “QNTMPAY is a digital bank built for experiences, and this partnership with Dignitas allows us to offer our customers those that are world-class. We look forward to launching our offering this summer, setting the benchmark for the future of esports and digital banking.”

"Dignitas and QNTMPAY share the same motivation for innovation and technology, making our partnership the perfect pairing to elevate our League of Legends teams,” said Michael Prindiville, CEO of New Meta Entertainment, Inc. and Dignitas. “It's our honor to welcome QNTMPAY, a bank built for the people, into our organization which aims to be the team that fights for and represents all."

Dignitas, one of esports' most historic brands, was founded in the United Kingdom in 2003. Since its acquisition by Harris Blitzer Sports & Entertainment in 2016, Dignitas has expanded globally with players and staff from twelve different countries including North America, South America, Europe and Asia. Dignitas is home to thirty-five World Champions in ten different esports titles.

To be notified about QNTMPAY's upcoming release, join the waiting list at QNTMPAY.com.

Banks were created for transactions, not experiences, we wanted to change that, so we built one. QNTMPAY, a new bank for a new generation. Bespoke features built to break down barriers, providing you with the tools to unlock your financial potential. Granting our members access to the most advanced and innovative mobile financial toolbox. QNTMPAY’s core offering is free. Why? Because we want your money to make money, not cover our overhead.

Want to level up? We got you. QNTMPAY Carbon gives you what you need with a suite of products that work for you around the globe. Going against the grain is in our DNA. Spend less, save more, build your credit without going into debt. Unlock your potential with QNTMPAY.

Since its formation in 2003, Dignitas has established itself as one of the most successful esports organizations in the world, amassing 18 World Championships across multiple gaming titles. In September 2016, Dignitas was acquired by the NBA’s Philadelphia 76ers of Harris Blitzer Sports & Entertainment (HBSE), a diverse, global portfolio of sports and entertainment franchises and properties that includes the Philadelphia 76ers (NBA), New Jersey Devils (NHL) and more. Dignitas is the esports organization within New Meta Entertainment, Inc. (NME), a new media sports and entertainment company founded in May 2019 by an investor group that includes HBSE, Susquehanna International Group and Delaware North, among others. Dignitas currently fields rosters in five of esports’ largest and most popular games: League of Legends, Counter-Strike: Global Offensive, VALORANT, PlayerUnknown’s Battlegrounds, and Rocket League. With content studios and player wellness facilities in Greater New York City and Los Angeles, and infrastructure in Europe, Dignitas is a global leader dedicated to esports athletes, digital influencers and entertainment game-changers.