Dignitas has a long history of dominating in all kinds of esports, ranging from the smallest to the biggest. After 2 years away, we are excited to pick up exactly where we left off in PUBG, fielding one of the strongest lineups in North America and ready to earn trophies and Championships.

I have been a long-time fan of PUBG, playing it at release and following the scene ever since. Whenever Dignitas enters a game, we do it for two reasons; we love the game and we can field a team that can win. The group of guys that we’ve picked up have the ability to not only win domestically, but win a World Championship, and we’ll be providing them with the tools that they need to make it happen

When we first entered PUBG in 2018, we broke new ground by combining the most talented players from different regions to create the best possible lineup. In 2021, with the PUBG scene having embraced that philosophy, we are excited to welcome Joe “HoneyBadger” Haylock, Nolan “Shinboi” Burdick, Brent “Poonage” Mullany, and Pedro “sparkingg” Miguel Ribeiro to the squad. The team will be coached by the knowledgeable and analytical Maxime “Znooper” Gony.

Hailing from the United Kingdom, HoneyBadger is one the most promising talents in PUBG, turning heads in his rookie year of 2020, and ready to make an impact on the big stage at Dignitas. Shinboi was regarded by many to be the best player in the world at the recent PUBG Global Invitational, while fellow World Championship runner up Poonage has his eyes set on becoming a World Champion. The enigmatic personality of sparkingg makes him, beyond any doubt, the most exciting player in PUBG right now.

The team will compete as Dignitas for the first time in the upcoming PCS4 event, where the squad has their eyes set on bringing home a trophy. Catch the action when it begins, on June 10th. 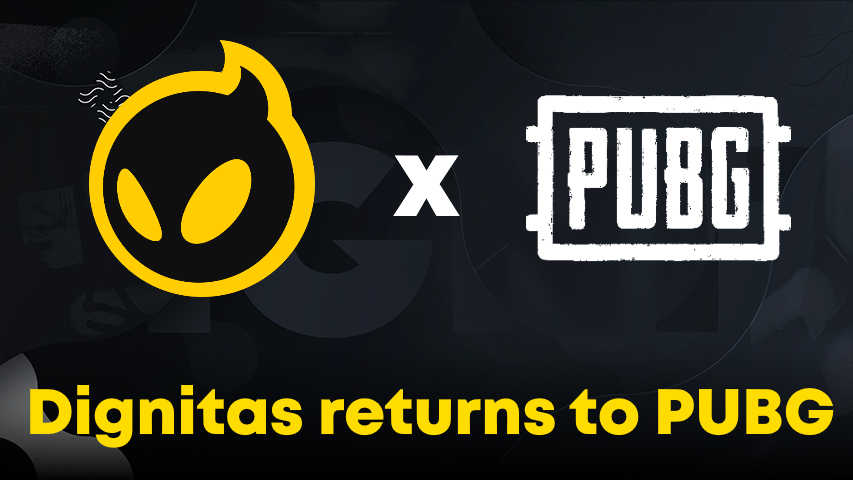