Although coaches are nothing new in the esports world, they’re becoming more and more common with the passing of the years and the evolution of the industry. With that, also comes a better understanding on what a coach does for his team, regardless of the game played.

While becoming a more and more central figure of the team, so many players and fans start to build an interest in actually becoming one, whether that is on an amateur level or actually trying to make it professional by going all in.

To give you a few tips and pointers towards that direction, I’ve partnered with Halvor "vENdetta" Gulestøl, the coach for DignitasVIE CS:GO team and asked him a few questions that will surely help you achieve the next level in your coaching career.

Whether you are new to this branch of an esports team or you’re actually already a coach looking to improve, it’s important to first understand what exactly an esports coach does for his team:

It's a little bit of a broad thing. Initially, it's obviously overseeing the team, setting the schedule for the team, and making sure every practice is being efficient and that it's not just mindless playing. You want to actually go into every practice day with a plan and a good idea of what you want to improve upon. Doing that and also being able to understand and take note of what's working and what's not working is important - you need to know if you're actually deteriorating at the game and come up with a plan on how to counter that and relay that to the players. You want to be an active and assistant asset to the players, they have a ton of things that they need to have in mind and consider in-game, and you're there to help and make them see things they wouldn't otherwise.

One of the coaches' jobs is to make sure your team has almost no other worries besides playing - in an ideal environment, they will not need to worry about scheduling practices and matches. There’s even people who focus mostly on this aspect besides the coach - that’s a manager.

A coach is the asset who’s the most responsible for the analytical part of the team. You need to look for mistakes that players won’t notice while playing and make sure they understand what’s being done wrong so they can fix it.

Also, a coach can have a big psychological impact, according to vENdetta:

It's easier to get stuck into one mindset or at a certain level, and that's where a coach can be influential in broadening the horizon, broadening their view, reassuring the players with a positive mindset - players are humans, they can doubt themselves as well!

Do coaches need to have prior competing experience to become a coach?

This one is a big question that I see countless times asked around on the depths of Reddit or Social Media. While some players think it’s a necessity, others don’t see it that way.

I'd say it's not a necessity, but it gives you a bit of a head start because there's a lot of intricacies with the game that you'll already be aware of and have a mindset that is more inclined to understand when you're dealing with the players if you were near that level yourself. But it's not a necessity, not every football coach has been a professional player at one point, but if you have enough interest in the craft and put down enough time into research and becoming better at it, you can absolutely become a coach. But there's no doubt that having been a player in the past makes it easier, not only for you but also to be on the radar of potential teams and organizations, because you've been on the map in a different way and it's very different from someone who hasn't played at that level.

Naturally, having competed in the past, especially if at a rather high level, will without a doubt give an edge over those who don’t. You already understand the game, you already know the meta deep enough (although there are meta shifts), so you’re one step ahead of the competition who doesn’t have that experience.

But the truth is, anyone who loves the game can become a scholar of it, really learn and study the game and eventually have as much experience as any other!

Let’s say you’re already a coach - what exactly should you be looking out for during practices?

There’s no one better to answer this question than someone who’s already a coach like vENdetta, and this is the exact answer he gave me:

There's a couple of different things, some teams will have more issues on some parts than others. Some, let's say, will have some communication issues during practice or focus, because you could say it's not a match scenario, but you want your players to treat it as such so they can get the full use of practice. The things you do in practice create good habits if you do them correctly, otherwise, it creates bad habits. Remember what you brought up at the beginning of the practice that needed to be improved and make your players focus on that, don't try to fix a million mistakes at the same time. To a certain extent, I guess you could say the coach should keep the players in line that way and make sure they have an easy and identifiable goal every day to work on.

Each team is a unique team, and they will all have different issues or aspects to work on. Maybe you notice some of your players have difficulty in calling out stuff while the action is happening - that is something you can tell them to work on. You can ask for a pause and relay your findings to your team so they can focus on improving those aspects as soon as possible during practice.

Your goal is also to have your team focusing on small problems at a time. There’s no point in trying to solve countless issues all of a sudden, because that will just not happen. Walking forward with small steps is always better to try and make a big jump and just end up falling.

Stepping away from the team itself, a coach also needs to have several qualities and traits that actually make him the best person for the job. You need to be active on the job and you need your players to respect you and trust your inputs.

Hard to pick one quality in particular for a coach, but if I had to pick just one I'd say "work ethic". Having a good work ethic, being able to actually put in the hours required to set up your team for success. Also, the ability to be a good communicator, to be able to pass on to the team's potential problems that you identify in a constructive manner - you don't want a coach that just points problems and doesn't provide a solution for them. Obviously having a vast knowledge of the game and how it works, the meta... it's really helpful as well!

Even if someone doesn’t have those traits, it’s something that can be acquired with enough practice and time. Just understand that, if you really want it, you have to go for it, do what needs to be done (not all the decisions will be easy, like sending a player away from the team).

To finish up the conversation with vENdetta, I asked him the holy grail of questions regarding the topic at hand - what general tips could he give to someone trying to become or improve at a coaching role?

Might sound cheesy, but become a student of the game. If you feel you can do that by playing a ton or watching a ton... that's going to be different for everyone, but invest a lot of time on understanding how teams play. You want to know why Gambit plays the way they do and why they make certain decisions during the game, for example. You also need to understand why 5 or 6 other teams do it differently than Gambit, there's a reasoning for that as well. Try to envision how you would relay that to the players you'd have under your wing and how to explain the upsides and downsides of all these different styles.

You won’t get anywhere without putting in the work, especially in such a competitive environment as esports. If you really want it, be prepared for some rough times, some times where you’ll most likely doubt yourself and, hopefully, some good times. Also, remember that only very few actually make it for real and they never gave up!

Make sure to follow vENdetta on Social Media to keep up to date with him and the DignitasVIE team!

Thank you for reading this article! You can reach out to me for suggestions or feedback via Twitter! 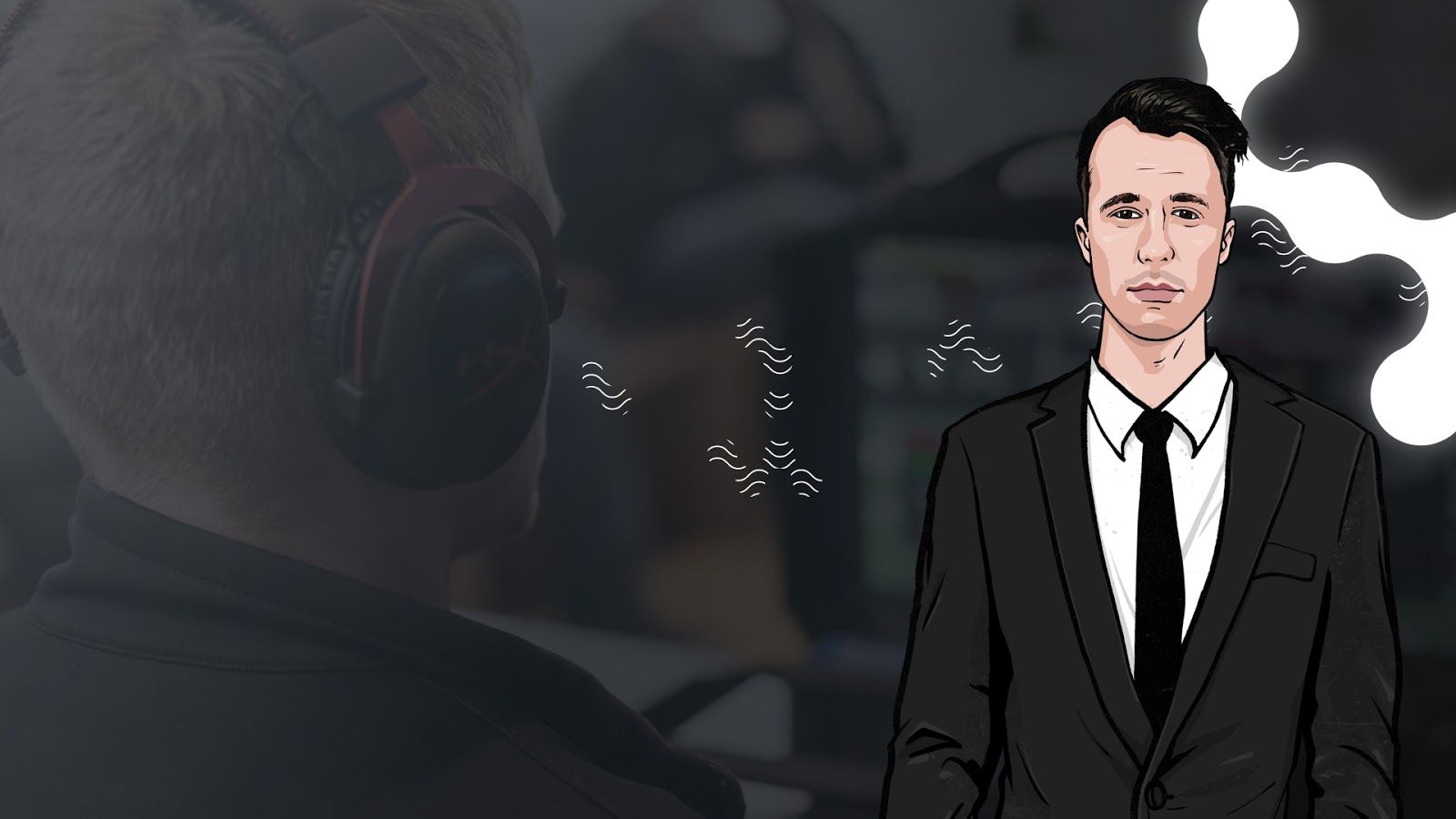