Having made his debut as a coach on Dignitas, Halvor "vENdetta" Gulestøl is a CS:GO event talent turned coach because of an opportunity that came up. We’ve reached out to the 32-year-old coach to know more about his work with the team, Lekr0, and how the opportunity to become a coach actually came to be!

Hi Halvor! How are things going these last few weeks within the team?

vENdetta: I think it's safe to say we've experienced some ups and downs, primarily in the closed qualifier for the RMR Event (FLASHPOINT), which didn't exactly go according to plan. We had really high hopes of making it through to the actual event.

We thought we were good enough to make it, so it was pretty disappointing to fall short towards the end with losses against Anonymo and Sprout. We just need to learn from it and improve, obviously this is not going to be the last time we have the opportunity to qualify for an RMR event. We just have to take that with us, improve and become more consistent.

How are you working with Lekr0 and what changed in your eyes when he got into the team?

vENdetta: Obviously having Lekr0 joining the team was an immediate bump. I think people kind of forgot that Lekr0 is a fantastic individual player, obviously given the fact that he hasn't been in too much activity in North and prior to that, in NiP, he did have the IGL role, which takes away a lot of the focus you can put on yourself in order to perform better as an individual because suddenly you have four other players to consider in a bigger degree.

We knew that we were getting a fantastic player right off the bat! Obviously, f0rest having played with him in the past made him one of the biggest supporters of having Lekr0 with us, but everyone else was really excited at the prospect of having Lekr0 in there. The fact that f0rest had experience with him before made us better aware of what to expect and what kind of player we were going to be playing with.

Regarding what we actually bring into the game with him on the board, just the fact that he has been an IGL and now functions as a secondary caller within our team is extremely beneficial. He kind of calms everyone down in that sense, he makes sure we have a really solid balance on what we're doing, especially on our attacking sides and he's able to make good reads that go along with what Friberg is calling. I think that has been essential for getting the best results lately, the wins against Evil Geniuses and Liquid.

Before becoming the coach, you were actually the analyst for the team. Aren’t you looking to get an analyst in the future?

vENdetta: Yeah, absolutely! That is definitely something we are looking into! We know how valuable that can be and it's something that helps me be able to cover more bases when leading into a match. It's a lot of work when you're doing both roles at the same time and there are only so many hours in a day, and depending on the kind of tournaments you're playing you don't necessarily have an idea of what teams you’re playing until almost the very last minute. You kind of need to sleep every now and then, you know (laughs).

We get a lot of applications from people sending in their work and asking if there are any opportunities to become a part of the team in an analyst capacity and there are some really promising applicants so far! We've been in talks with some people and we have our eyes on a couple of people that might be a very positive asset to the team!

Let’s talk about your career. You were a broadcast analyst on some big tournaments and suddenly you became the analyst for the Dignitas CS:GO team. How did that happen?

vENdetta: The transition was a little bit out of the blue, in many ways. I was fairly happy with the life I was living at the time, doing events, but obviously, there is a bit of a risk on what you're doing while being a freelancer and we also had an incoming pandemic, which would lead to quite a few hiccups regarding events. Of course, we had a natural shift to most being done online, but some of them are just not going to happen entirely, which could potentially take out a fair bit of your paycheck over the course of the year. That is something that every freelancer needs to have in mind, that's part of the freelance life!

It was more by accident that I saw that fifflaren was looking for an analyst on Twitter and obviously, I know Robin from way back and I asked if he was interested in letting me have a go at that role, but also having an agreement in place that would allow me to continue doing events as long as I get the work done and things wouldn't collide. He was on board with that, he said he trusted my input enough that even if he could only have me at 50% work capacity, he would still take that over anyone else, which was really positive for me to hear! At first, I made more or less my things from a distance, I made my scouting reports and my analysis from opponents that we were going to face, handed the documents to fifflaren and he spoke in detail about it to the team.

Eventually, he started to want me to sit on practices when I had the opportunity to do so, simply to get a fresh pair of eyes during practice and to have someone to talk to and discuss what was happening during practices. Having an extra set of eyes that might notice something that Robin didn't could be really good to spot issues and fix them faster. It went from being something that I would just do when I had time to something more or less a daily thing and eventually I started to be present with the team almost every day.

As time went by, Robin eventually moved to a different position within Dignitas and he said that we were going to need to look for a new coach, the players asked "why not vENdetta?", which was actually a nice surprise. After talking to the players, Robin came to me and asked if I wanted to do this full-time. After a little bit of consideration, and seeing where I was at, I figured I would give it a go. It was way too big of an opportunity to miss out on it, and yeah, that's how I ended up as the head coach of Dignitas!

And how is the challenge going so far, disregarding results?

vENdetta: I've always been fairly self-critical, even though I'm not necessarily vocal about it. I'd say I'm my own worst critic about it, but I am happy about certain aspects of what we've shown so far and displeased with the fact that we haven't been able to showcase the level that I know we possess, at least consistently enough. This is me jumping into a coaching role for the first time as well, so there are a lot of things I still need to learn in terms of understanding how vocal I need to be in certain situations, how I should communicate with the players, and how I can balance doing it during practice or not so that they don't need me to think about the match situation during an official. Also, understanding where I can chime in during official matches, because it differs a lot from practice, naturally.

I need to be able to understand how to get my point across to the players in an efficient manner, essentially, and waste as little time as possible! Obviously, how I communicate with the players in terms of relaying my ideas or the input I want to give is essential so that there aren't misunderstandings in terms of what I envisioned them to do and what actually happens inside the server. That's something that will just improve over time and if we do it properly, that's going to happen with every day that goes by.

Going back to the team, what are you working on right now?

vENdetta: The main thing for us right now is consistency, which is a pretty generic term, I suppose (laughs), but being more specific, we want to improve our map pool. I think it's been showcased so far that we have a really strong Nuke, but we also have to get to the point where teams will have to be uncomfortable about the fact that they will have to play either Nuke or another specific map, like a Vertigo or an Inferno. Basically an impossible choice for them, either they want to ban Nuke versus us or the other map.

Eventually, the goal for us is to have a seven-map map pool under the belt and now that Ancient is coming into the mix, that makes it a little bit easier for because everyone is starting from scratch on that map, no one really knows what we're getting into, so being early adopters of a map like that and making sure that it becomes one of the strongest cards in our deck is something that we're really eager to make sure it happens.

We've had struggles on maps like Dust2 as of late. We've had some teams trying to punish us with that, and we want to get to a point where they can do that and we'll smile and relish at the chance to show them that they're wrong for trying to do so.

Where do you feel you can reach as a team?

vENdetta: I know that we can be an extremely good team, we've had glimpses of what we can do. Obviously, gaining consistency is what makes a top team an actual top team, and what we have right now I think are the correct pieces to be a top 15 and then eventually a top 10 team in the future. From there, it's just a matter of progress and work to get properly established and our performances established.

Honestly, I see no reason why we won't be able to beat a ton of these teams that are ahead of us on the rankings. I don't think we have anything lacking in terms of player skill, but the biggest challenge that we have to overcome right now is definitely adapting to different playing styles. There are some opponents that we feel way more comfortable playing against, even higher ranked teams than others - a team with a considerably lower rank can sometimes be harder to face because we can't get a grasp of how they're thinking mid-round.

Do you have any final words for your fans and supporters?

vENdetta: I just want to say thank you to everyone who's been having our backs, obviously it's fun to see that there are so many people sticking with us even during the disheartening results and so on. We're really excited to be able to show our true selves in the coming months, and we hope you'll be there to come with us during that ride!

Don’t forget to stay up to date with vENdetta and the team on social media! 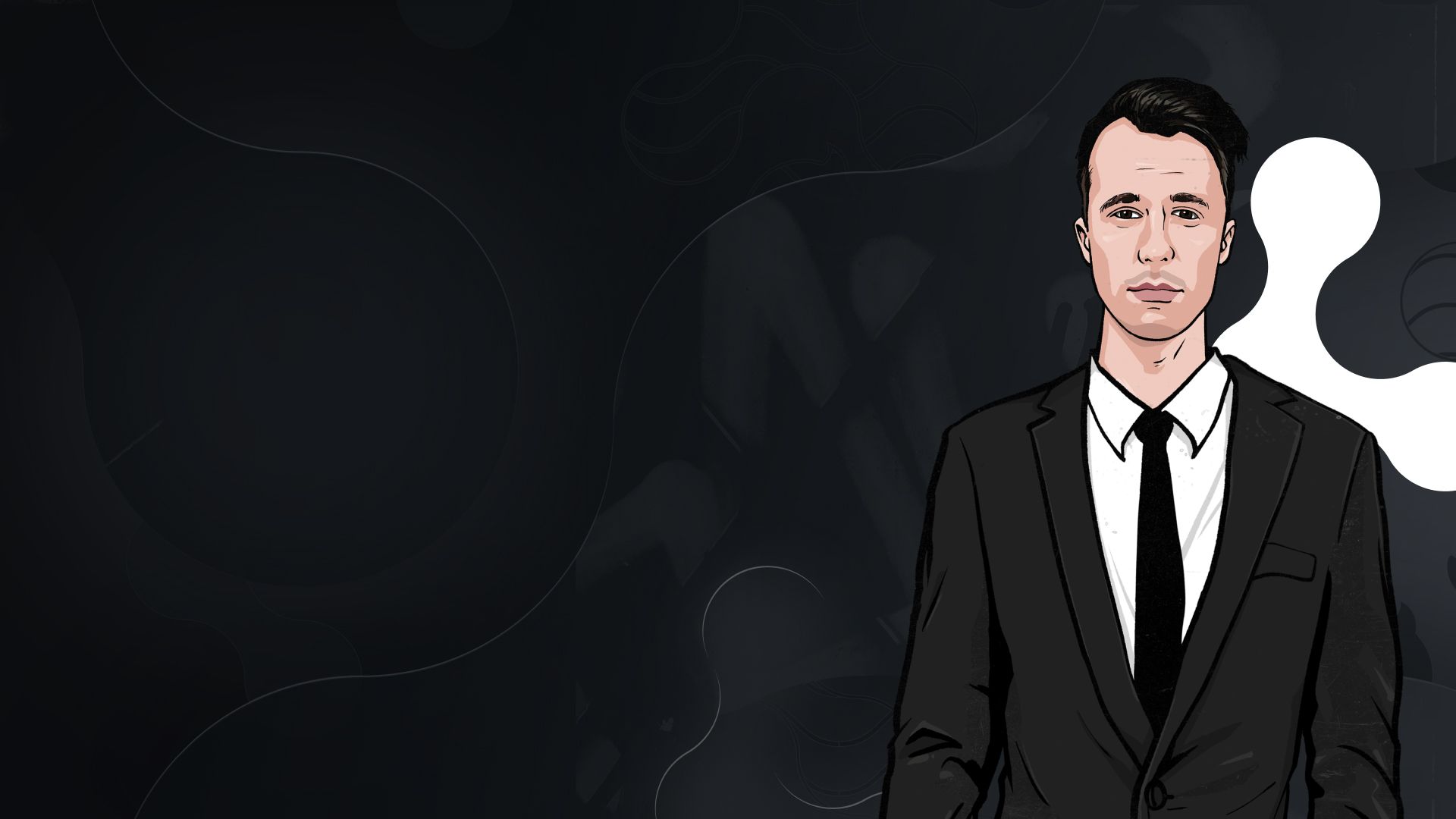