Patrik "f0rest" Lindberg is considered by many one of the greatest players of all time in Counter-Strike, now starting his journey in Dignitas with his former teammates after seven years in Ninjas in Pyjamas. We've reached out to talk to him after the team's first achievement as they qualified for the Minor closed qualifiers. 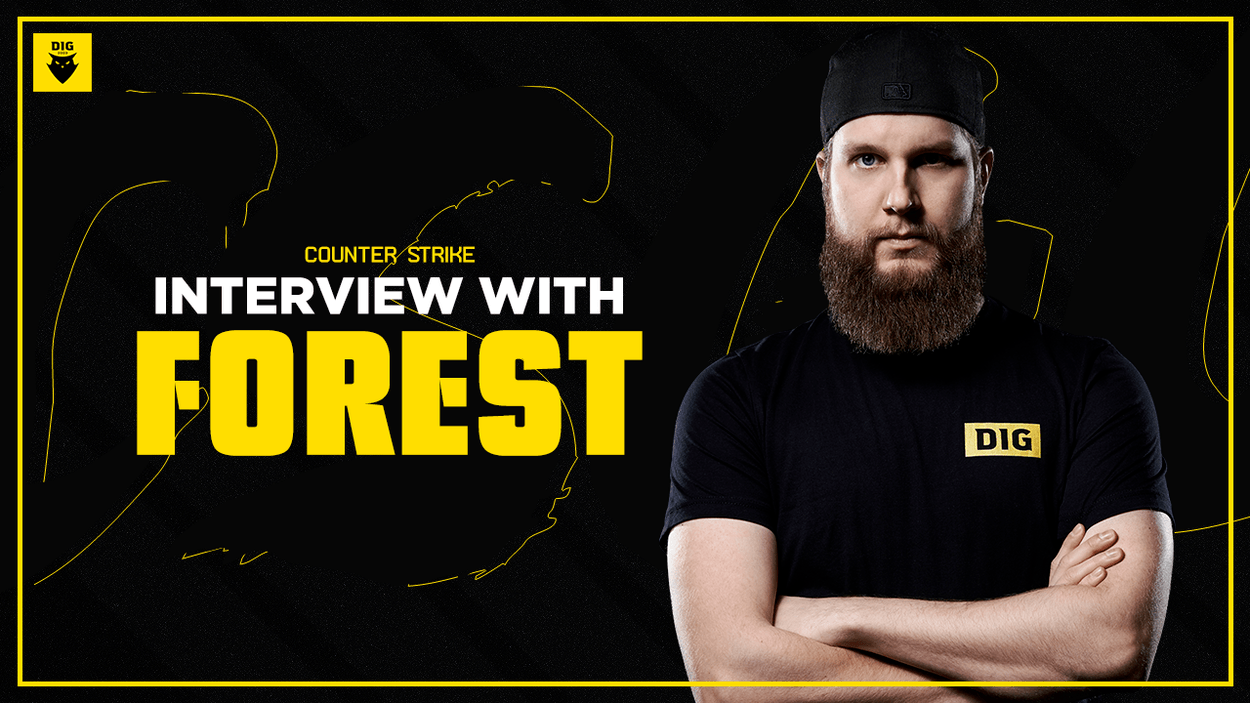 Hi Patrik! How is the transition from NiP working out for you outside the game?

f0rest: The transition from NiP to Dignitas has been good to me, I think it's a welcome change for me as an individual and as a player. I think it was about time for me to kind of try something new, which at the same time is something old with my former teammates, but it is kind of like a fresh start for everything, one last array going into this next few years. I'm excited and it has been going really good.

Awesome! And what were your first thoughts when you received the invite to join your former teammates? Did you think that it was feasible to being contracted with another organization at the time?

f0rest: When the discussion came about me maybe joining Dignitas with my former teammates, at the time I didn't even think it was possible for me to do so, I thought that maybe NiP wouldn't let me go or that there might be some other issues that might prevent it, but I was always excited by the idea of playing with the team. I know that everybody has been going through different paths in the last few years and tried different stuff, and I think we're all capable of winning tournaments, we know how to do it, we just need to figure out how to play with each other again.

Were you aware that your older teammates were working on this project before reaching out to you?

After you had the team assembled, how did the Dignitas move end up happening?

f0rest: I think from my perspective that the guys had it already sorted out, they were in discussions with Dignitas way before I was even considered, I believe. So, to my knowledge, I think when they approached me, Dignitas was already in the picture, which I was excited about! Dignitas is a super strong organization and I was excited to play for them!

Do you think that the sense of nostalgia can be good for the results you're trying to achieve?

f0rest: Definititely, I believe so! As I said, I think it's because we know what we are capable of, the core lineup, we know what we can achieve as a team, even though we struggled for the remainder of our years way before. We have what it takes to win tournaments and I'm feeling nostalgic for sure, but I'm not taking a vacation here, we're all grinding hard and really want to put out some good runs here.

And what are your realistic expectations for the first few months?

f0rest: Realistically, honestly I don't think we can be aiming for a number one finish right off the bat, I think it's going to take time and everybody is well aware it's going to be a tough road, it's not going to be the way it was before. I mean, realistically we're looking at the FLASHPOINT league coming up, I think we have a fairly good shot at producing some good results, it's a good start of the year as a first tournament. Looking at it, I think we should be doing ok, but it is going to take us a while before we feel comfortable fighting the bigger teams. 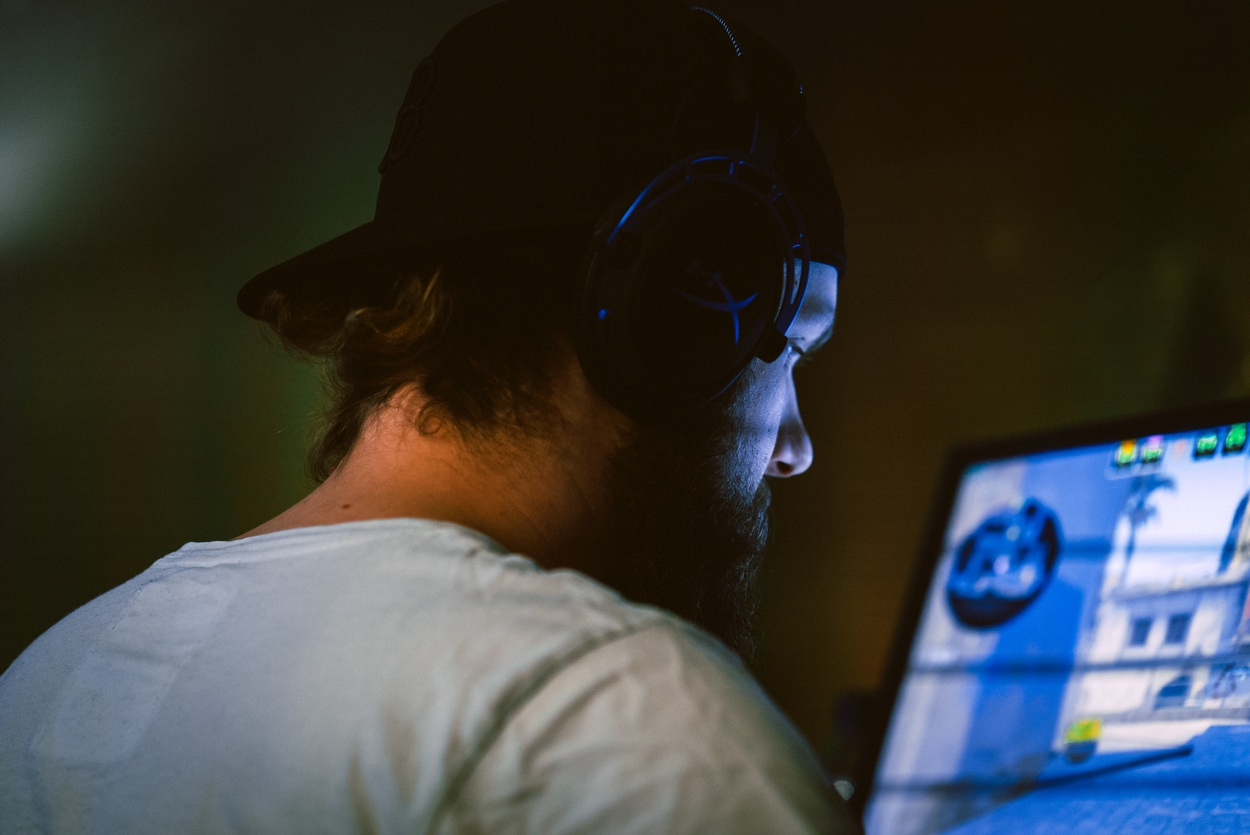 Dignitas had a first bootcamp prior to the Minor qualifier. Image courtesy of Black Molly Entertainment and Kim Eskilsson.

Talking about that very same topic you touched, FLASHPOINT, what do you think about that new approach as a League? The information is still very scarce...

f0rest: Obviously, we are in the league, it's kind of exciting to see such a well thought out bracket and how everything is going to play out. It's going to be really interesting as well for spectactors to see the drafts and being BO3 in every single game with double elimination... I mean, it's going to be incredible. A lot of Counter-Strike is going to be played, and as a player that's what you want to do, you want to play Counter-Strike and it's to going to guarantee the best teams to reach the playoffs. I'm excited to try it out, I'm always open for new things.

Let's shift a little bit to the Minor Open Qualifier, where you ended up getting a spot in the closed qualifiers. What are your thoughts regarding the first few officials with the team and also the few hard matches that you had against Nexus, GamerLegion and Sprout?

f0rest: I think overall we're super happy that we managed to reach the closed qualifier, it's a first step in the long journey of reaching the Major. I've had my share of experiences in playing qualifiers and losing and there was kind of a relief on the way we did it, especially, as you said, against Nexus and GamerLegions. Leading into two amazing comebacks, which kind of shows as well the kind of resilience we had back in the days, we know that we can win those games, even though it might look dire. We never gave up, we know that we can grind it back... I think that it was really healthy for us to see that we can do it. Overall, I'm super glad it worked out!

You're one of the most loved players in the world - having that fanbase and the renewed motivation how are you facing the future and the constant "you're getting too old for CS" speech?

f0rest: Yeah, it's been a long discussion about me getting too old, but I think in a way I might not be putting out, like, s1mple or zywoo numbers, there's few people who can do that, but I think I can still show that even though you might have reached your 30's, you're still capable of at least doing your part in a team and I'm just excited to be playing Counter-Strike for long as I feel that I can do it. At this point, I don't see myself stop playing in the near future, I think that's what I want to show the fans, that you're capable of doing so. Everybody keeps saying that at 27 or 28 you're starting to get old, or your reflexes are not there, but mine are on point (laughs) and I have a few highlights here and there that can prove it. Overall, I'm just excited to push the limit for myself and see how far I can go as an individual.

Would you like to leave a few words to the fans that have been following you throughout the years?

f0rest: I'm super excited for everyone that keeps on following my journey since Begrip in 2005, or if you're someone that started from NiP I'm just as excited that you're here. I hope you guys will enjoy our story here and enjoy our games. Thank you very much!

I'd like to thank Patrik for the interview and wish him good luck on this new adventure with Dignitas. Don't forget to follow him on social media! 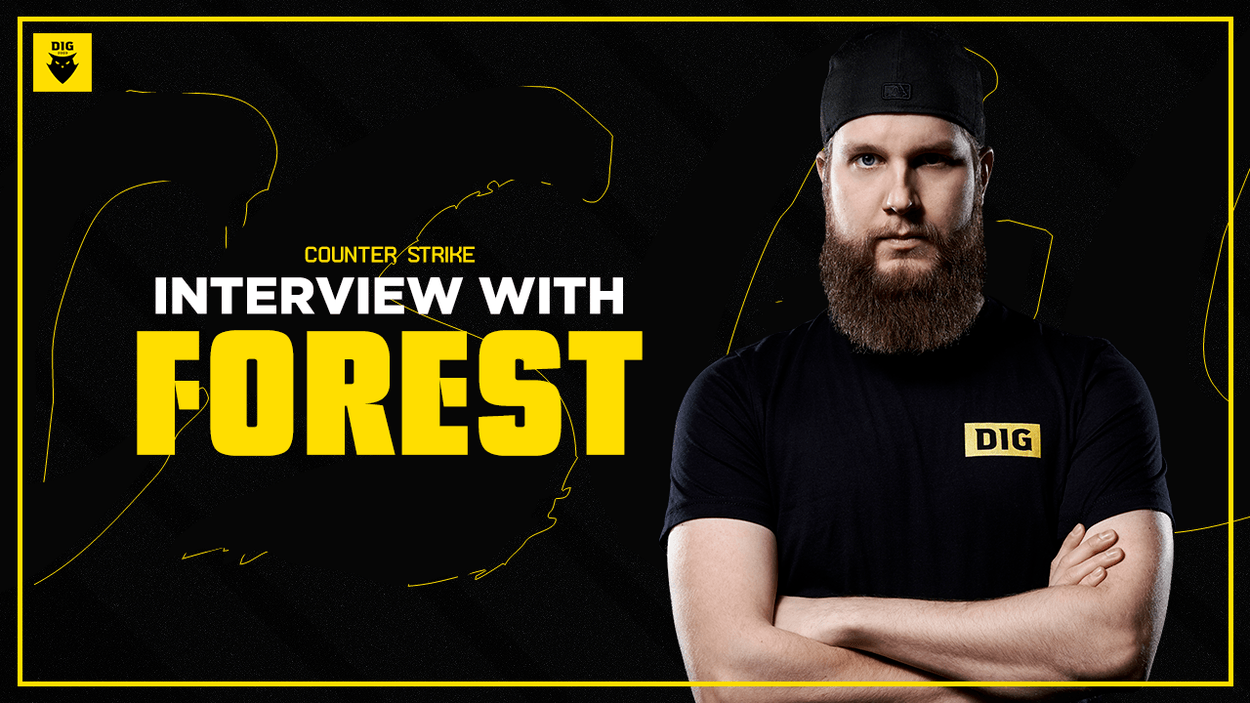