Christopher "GeT_RiGhT" Alesund is back with a new team as he joined the Dignitas CS:GO lineup alongside some of his previous teammates. We sat down with GeT_RiGhT to discuss this new opportunity, his struggles in 2019 and his renewed motivation to play for Dignitas. Read on to find out what he's got to say!

Hi Christopher. You’re actively playing again with a “new” lineup. How do you feel about competing again?

GeT_RiGhT: I feel super excited to be back competing. I’ve been having a couple of months of a break, or at least I guess you can see it like that. There were a lot of rumours around the scene that I was supposed to be retiring, people were unsure where I was going, but I’m more excited than ever to end up in this project. Of all the offers that I had on the table, I felt this one was the closest to my heart. I’m not the kind of a person that goes out and really talks about the offers that I get, because I don't want to speak about them and also because of privacy, but at the same time it just felt like the natural choice to go to this one and it's something I am very proud of.

fifflaren already mentioned in an interview how this new lineup was formed, but what about your opinion? How did you react when they reached out to you?

GeT_RiGhT: I've been talking to Friberg a little bit back-and-forth during the whole year 2019. We started becoming closer friends again than we were before, because when you’re playing in two different teams as competitors you don’t really hang out that much anymore. Even though we played for a long time together, we didn’t really feel like we did during previous years and it was nice to finally get him back into my life. He was asking me a little bit about how I felt in NiP, what I wanted to do, if I felt comfortable playing there, those kind of things, which is understandable and pretty cool if you ask me.

I felt that other people started to lose interest/belief in me and that took a toll on my personal life, but also gaming-wise, so it was nice to have a friend that was actually trying to get me motivated again and pump me up. But it was never really about leaving NiP for this kind of thing. I mean, I was still loyal to the whole team, I didn’t want to move with that tender regard, but then the months went by, it's summer time and my spot is not safe within the team. So I fought for the spot that I have, at least according to myself, and tried my best to still compete and show them that my spot shouldn't be taken that lightly.

I mean, everyone else knows the rest of the story, I eventually left the team, which in a way, when you look at it, I’m really happy about, mostly because for some of the players in the team it was kind of a frustrating time, and not just for me, even for the coaches and organization. That takes a toll on everyone and I can’t point fingers at anyone specifically, it could’ve been me or someone else. There's nothing bad about it, it’s just a part of the circle and I guess that at end of the day when you look at it, I think I became happier. I think they are also happier with it so I don’t have any bad feelings about that time, I'm just more stoked about my future here and looking forward to it. 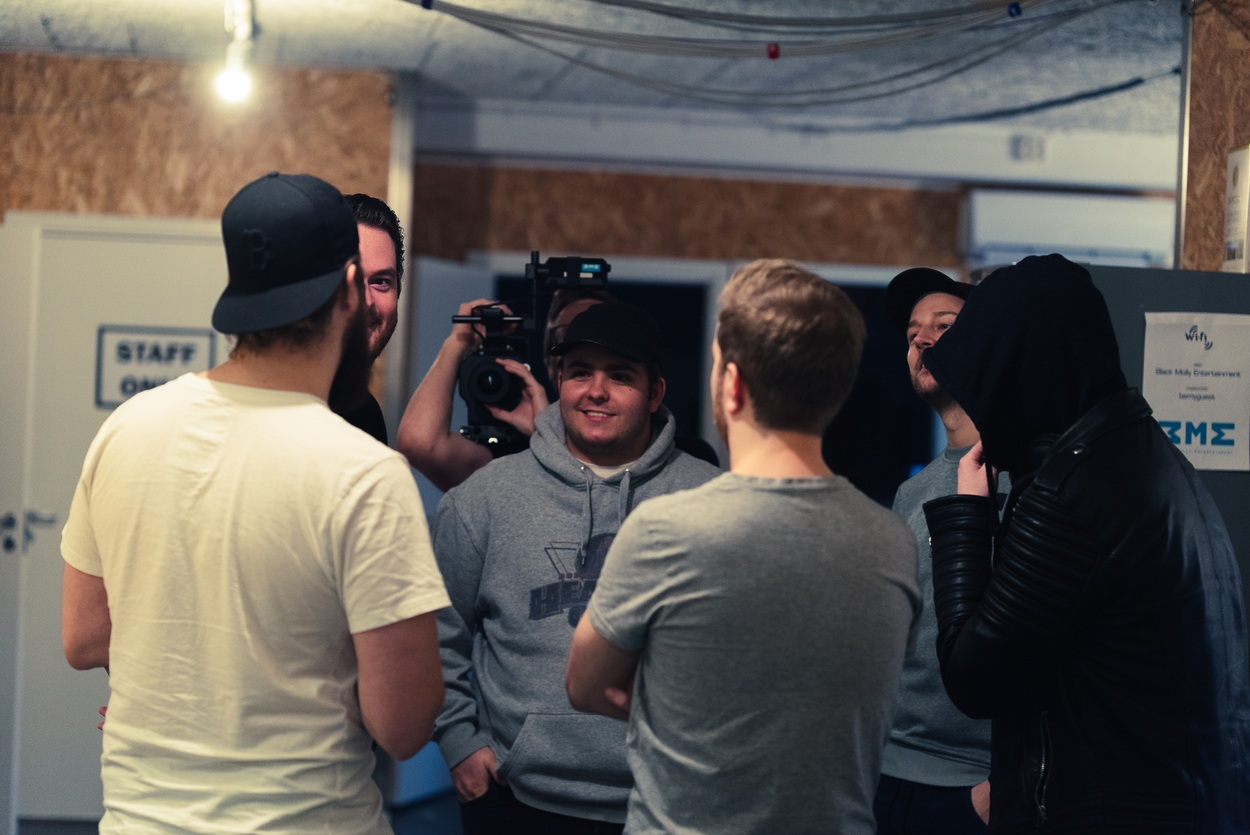 GeT_RighT is feeling confident for the future. Image courtesy of Black Molly Entertainment and Kim Eskilsson.

So, could you say you were getting somewhat burned out?

GeT_RiGhT: I mean, I had a lot of problems outside of playing in 2019 which I never really spoke about because I wanted to at least have some sort of privacy, which is fine and everyone can decide for themselves what they want to do with their personal lives, if they want to be open to the public or if they want to be quiet about it.

I try to always focus on the game and get myself highly motivated instead of focusing too much outside of it. I guess you could say I was getting a bit burned out in a way in the end because of the issues I had. I wasn’t performing well, I wasn’t feeling well and I think you can say yes and no to that, mostly because I’ve always been a person that's able to handle negative things around me pretty well and I think this time it actually took a bigger toll on me than what I would've wanted, so I didn’t really cope with it as well as I did before.

But it was a learning phase, I've learned a lot more about myself than in the previous years of my career, which is nice and bad because you never really wan't to have any problems in real life, it takes a toll on you when you're playing. But, at the same time, I feel like everything is already planned out and you can't really do anything about it, you have to just look forward and don't look back at the past too much.

What were your first thoughts regarding the team and the possibilities?

GeT_RiGhT: I mean, of all the offers that I had on the table I felt like this was the one that I wanted to take, as it felt natural, I felt like something sparked inside of me that I didn’t get from the other teams that I got offers from. In some cases, I felt weird because I got offers that not even the team itself knew that the organization had offered the spot, and I didn’t really like that. I prefer to play in a team where everyone got a vote. With Dignitas everyone knew that I was going to come into it, everyone was happy and trying to get me really motivated. That excited me more and it’s easier when you know a lot of guys from before and you have a long relationship with them.

I consider them family, they're like brothers to me, it’s like a familiar situation and I felt more safe coming here. I know that no matter how hard the struggle is going to be, we're not going to give up, obviously. A lot of people have been saying that this seems like people are just getting paychecks, but if you ask me personally, you'll know that it’s never about that, at least for us, because we want to show and prove something. Everyone has their own goals, they have their own objective to succeed, it’s going to be difficult and everyone needs to try their best to succeed. I don't want to be a guy that's remembered for just taking up a paycheck for free and that’s never been my thing so I just want to prove to myself, specifically, and to the guys in the team that I belong in the top.

How do you feel about representing Dignitas?

GeT_RiGhT: Of all the teams, Dignitas felt more natural, I’m super happy with it! From the first talk with Heather and Michael specifically, and even Bakery, it just felt like this was the right fit from the get-go. I was so surprised how open, honest and straightforward they are and understanding of what I wanted to do - they believed in us, they’re not trying to fool us in any given way. It felt that these are people that believe in us, who know that it’s going to be a struggle, that it's not going to be a walk in the park and we feel very happy with it because I don’t want to play under an organization that pressures us. It’s nothing about the past or where I’ve been playing before, but it just felt like the natural step and everyone is really happy with the decision we made.

Let’s talk about your first officials – you managed to go through the nightmare that is the European Minor Open qualifier. Were you expecting to get good results so soon?

GeT_RiGhT: I guess yes and no, in a way. Yes because of how good we played previous to it. We started pretty late, I think we had like maximum 2 weeks worth of practice before this qualifier, so we didn’t really have much time. We had to learn all maps from scratch and we're still in the learning phase! I was expecting us to, at least, go out from the qualifiers and take a spot in the closed one... but on the first try? No! And that’s the honest answer I have for you.

Of course I’m a competitor and I always think highly and the best for me and my guys, but I am also older, I'm a bit more wise and I’m also looking at the bigger picture and long-term no matter what. It was a big relief to qualify on the first attempt. The odds were against us and I think that we still have them against us, no matter what we’re doing, but things are looking great and I’m super happy and stoked! It was really nice to do it because those European Minor online qualification brackets are a bloodbath to be honest and it’s not fun. I’m just so excited and happy that we managed to take the spot directly on the first attempt. 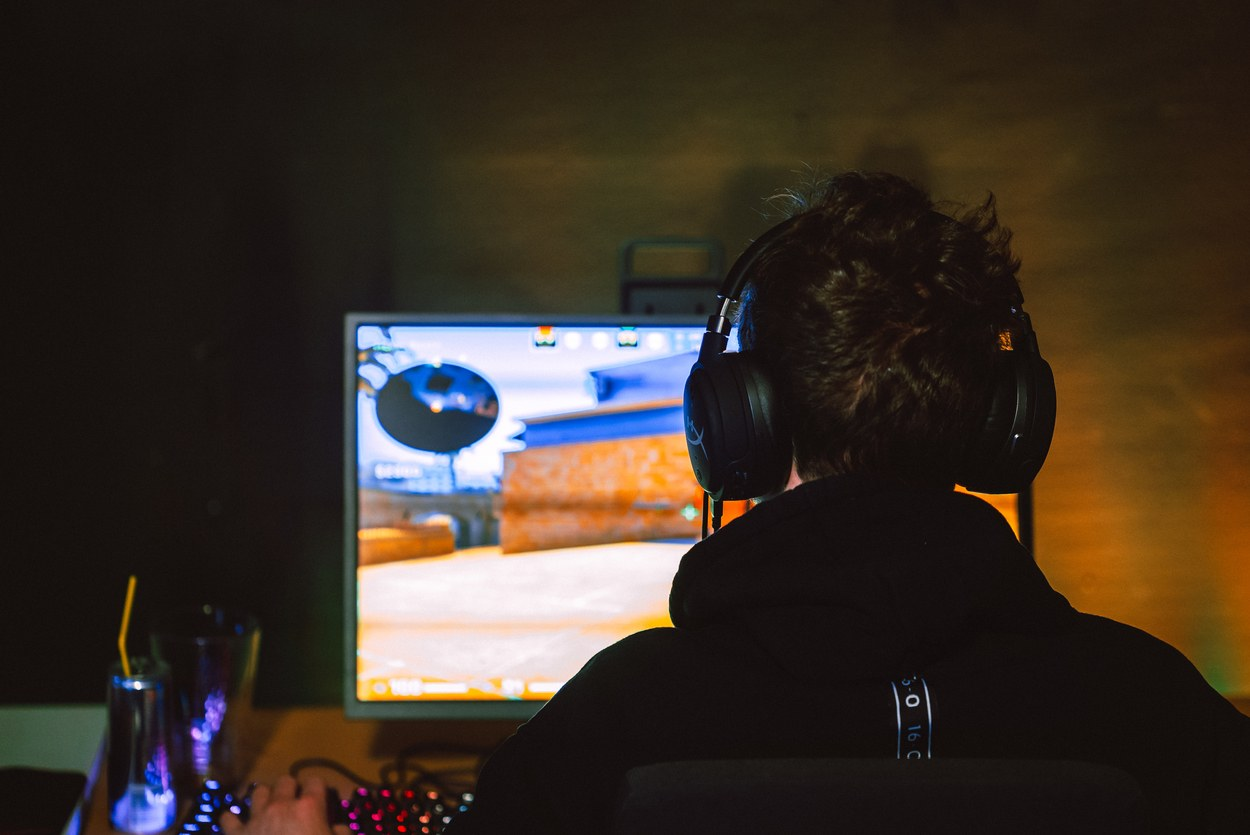 How was the mentality of the team during those tight matches against Nexus, GamerLegion and Sprout? Were you somehow worried because you might feel that you have something to prove?

GeT_RiGhT: I don’t think we really went in with any specific mindset like "this game we have to think like this and do it like that"... We just came in with "we're still a new team, anything can happen, a lot of things are going to go good and bad in the way and no matter what happens, we're just going to keep moving forward instead of slowing down". I just believed that no matter what we did, it just worked. Who knows, maybe next time when we go to the closed qualifier it may not go that well... we don’t know yet, it's still a couple of weeks left. But of course, I’m hoping for the best and I’m hoping that it’s going to go really well for us and I believe we have enough time to practice and take one of those spots from the qualifier. Maybe I’m overconfident when I’m saying it, but I believe we have a pretty good chance to take one of the spots.

You are one of the first confirmed teams in the new league, FLASHPOINT. How do you feel about the league and your participation in it as a founding team?

GeT_RiGhT: I’m super excited and eager to play the league, I’ve just heard good things about it and I’m just excited to show the audience and the fans what we're doing. We have to wait and show the world what’s going to happen.

Do you have any final words to the fans that follow your work?

GeT_RiGhT: Yes, thanks for the interview and thanks to everyone for reading it and supporting me and the guys. It means the world to us and we hope that you’re as eager and excited as we are to see the new season unfold with us, competing in the big leagues hopefully. You're going to enjoy the ride! I mean, you’re going to be understanding soon enough how to have a lot of heart attacks, but that’s just how we play and we like to make it exciting!

Make sure to follow GeT_RiGhT on social media to keep up to the date with the team! 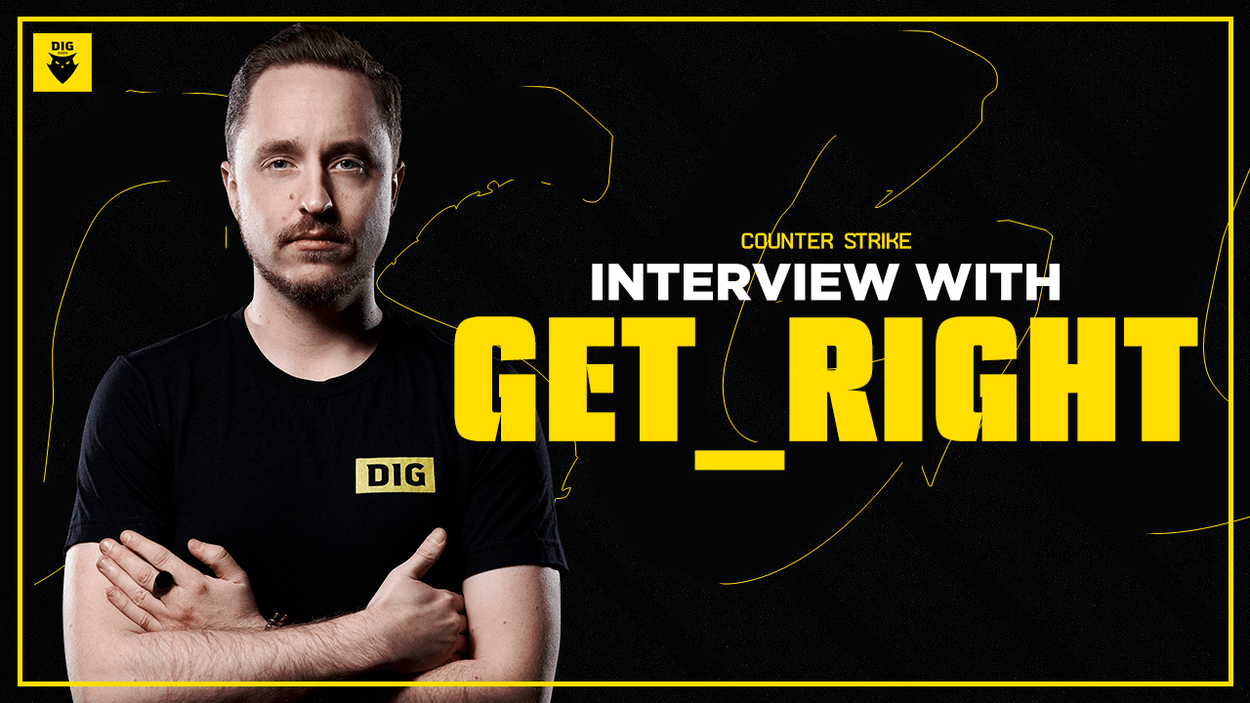