Dignitas is currently playing the first season of FLASHPOINT in Los Angeles, now moved online. We sat down with Adam “friberg” Friberg to know more about the current situation, how they’re working with GuardiaN, as well as the difficulties they’re going through due to the sudden coronavirus worldwide situation.

Hi friberg, how are things going with the team?

friberg: I think that it took a big hit on us that we had to play with a stand-in, I felt that we were getting better with hallzerk, we were practicing a lot and suddenly he didn't get his visa in time... so we had to get GuardiaN and I think we had to go back a little bit on our preparations. We had to switch a little bit to English since he doesn't speak Swedish that well. But, at the same time, we also try to speak Swedish as much as we can to not put the four of us down that much with the communication. Otherwise, I think it's going fine, we're improving a lot now, we were improving a lot with hallzerk and we're practicing a lot with GuardiaN. We're seeing good progress.

Still about the Dignitas project, how do you feel about being back playing with your old teammates?

friberg: It feels really fun, obviously. Just being able to play with them again and to have that part outside of the game... it's a lot easier than what I had in my previous teams after I left NiP in the first place. It feels good to be back playing with the boys and I know we can still shoot for good things together.

You now share IGL duties with Xizt. How are things working out with 2 different in-game callers?

friberg: Xizt is doing the most in the IGL department and I'm trying to help as much as I can. I've been calling a bit in my previous teams and I think it's been working really well. We all come from different teams, I come from Heroic, Xizt from fnatic and GeT_RiGhT and f0rest from NiP, so we have different ways of seeing the game. That's how you develop after not playing together for quite some time, and I think that's still one of our challenges to make sure that we look at the game the same way and everyone has the same feeling of when to do something. I think we need to work on that the most right now, but we're getting better everyday.

That's nice to hear! When I've talked with GeT_RiGhT, he told me that since you now have more experience calling the shots, it's making a big difference from the game you had in the old days to the one you have now.

friberg: Yeah, for sure. I'm now trying to look more at the bigger picture and try to do some of the mid-round calling, if I see or hear anything, I will try to be the one making on-the-fly calls and deciding what and if we need to do it, at least more than I did before. That's basically what GeT_RiGhT said, it's because I have more experience now since I've been doing it in my previous teams.

How do you feel about being able to qualify for the Minor on the first try?

friberg: It feels great obviously. Qualifying for a Minor, it's not an easy thing to do for sure. Going through the Open Qualifiers... it's really rough, even though we made it on the first try... the pressure on those games, they're really tough. Every team knows how to play good CS nowadays and I'm super happy that we also managed to go through the Closed Qualifier. It's just a bonus to me, the further we can come the better, but I know how hard it is to qualify for the Minor.

Even though you lost against fnatic, how satisfied are you with the result? Because that was your first match against a top tier opponent since creating the team...

friberg: If I look away from the Overpass map, it felt like we could have won that game on Inferno, we were 15-13 I think and we were unable to close it out. Overall, I'm happy to show up and I think it was important for our team, especially for hallzerk, to see that we are able to compete against teams like fnatic and hopefully we will be able to play similarly as good against other top teams.

Due to COVID-19, there’s now a chance that the Major may be rescheduled or even canceled. In your opinion, would it make sense for the next one to start the qualifying process from the start, if this one gets canceled?

friberg: I still don't know what's going to happen with the Major. Obviously, there are a lot of tournaments being canceled, so it's going to be hard to say. Also, if we had to requalify... in a way it makes sense, but it would also suck for the teams that qualified now to lose their chance of playing. But whatever Valve decides, I think we would be able to qualify again, even though the situation sucks.

How is the chemistry of the team working with GuardiaN so far?

friberg: I think GuardiaN is doing a great job as a stand-in, I think that it's basically us that need to adjust a little bit. hallzerk means a lot to us, the way he plays the game as an AWPer, he's very aggressive. GuardiaN has a different playstyle, like an old-school AWPer - he likes to lock angles and take small peeks, where hallzerk is the "new-school" AWPer, he likes to jump around and just go ham.

But I think GuardiaN is doing a really great job. He also has a lot of input because he's really experienced so we're trying to get better and learn as much as we can from what he has to say, so I think the longer we play with GuardiaN the better so hopefully we can qualify for the Finals and go all the way here at FLASHPOINT.

Since you now have to communicate in another language that’s not the usual Swedish, how much do you think that is impacting you so far in FLASHPOINT?

friberg: It is getting better, but I think it has a big impact on the way we play. I think the communication, when we speak in Swedish normally is what makes us really good and now having to shift a bit to English, it definitely halts us a little bit but then again we're talking Swedish as soon as he dies or if we need to make a decision where he is not included we will call in Swedish and then just quickly explain him the plan in English, so we have to work an extra bit for it, but considering the situation we're in I'm super happy that GuardiaN could come to play with us.

How is FLASHPOINT dealing with the sudden online situation so far?

friberg: In my opinion, they're making all the correct calls so far. They've made the choice to play in the studio in the first match and that was fine, they did a good job. But then again, considering the situation, we had to move online and FLASHPOINT is doing well on making sure that we have everything we need and we're trying to make the best out of the rough situation. FLASHPOINT has been great so far.

Do you have final words?

friberg: I want to thank all the fans for supporting us on this second journey of our team!

Make sure to keep up with friberg on his social media!

Editor’s note: this interview was conducted before the match against Orgless at FLASHPOINT and the Major delay announcement. 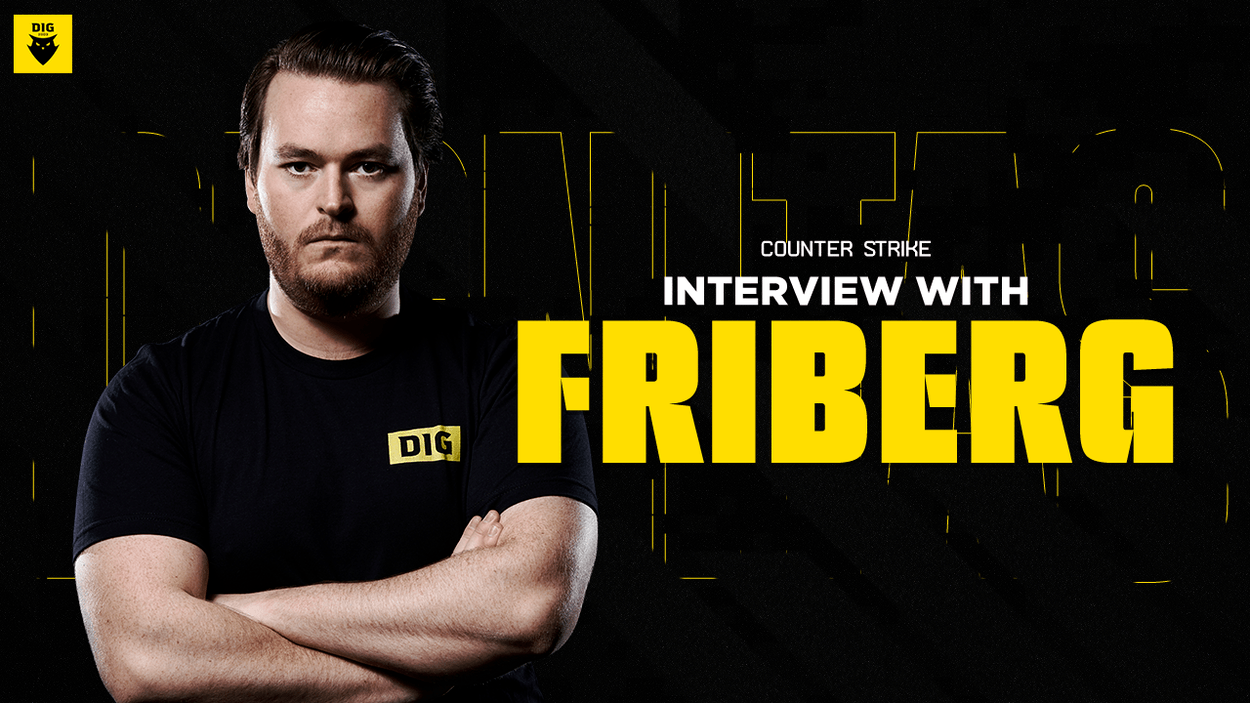