Patrik "f0rest" Lindberg is back with the team from Los Angeles after competing in FLASHPOINT. We spoke to him to know more about his thoughts on FLASHPOINT, the new Major system, and his expectations for the next challenges.

So, you’ve been eliminated in the group stage of FLASHPOINT. Can you share your thoughts on the tournament and final placement?

f0rest: We did the best we could considering the circumstances that happened during FLASHPOINT. Also, having GuardiaN as a stand-in with such a short notice, which we're grateful that we did, meant that we had to switch from Swedish to English in the beginning and quickly realized that it wouldn't work out, we were losing too much of our strength by switching languages. We eventually resort to going back to full Swedish and I think that at that point we were starting to get better results during the group stage of FLASHPOINT.

Sadly, we couldn't reach the full potential that we felt we were getting closer to by the end of the tournament. Overall, I'm disappointed the way we ended going out, but at the same time I'm quite happy with the way we fought to try and make it work.

With only 2 wins in 6 matches, your stay in Los Angeles was rough. How is the current motivation of the team for the next tournaments?

f0rest: Going 2 in 6... it's definitely hard, but I think as a team we're trying to just see it as it was - we had a stand-in, it wasn't the optimal situation for us... also the COVID-19 outbreak, not having a full lineup, there was a lot of concern about everything, our families back home. Even though we only won 2 matches, once we got back home and started playing with hallzerk again, it feels like we're starting from the point which we left off, which is good, so I think everyone is just excited to be back playing with the full lineup and we can really show our potential as a team.

Do you feel that the tournament could have went better if played in a LAN environment?

f0rest: I do believe we would had performed better. Since we have such experienced players in our team I think that a LAN environment would suit us much better. We're all experienced, we hall have been winning a lot of tournaments, GuardiaN as well, so I think that that would had helped us way more than playing online did.

Being an old Major Legend yourself, how do you see the removal of the status due to the forced delay of the next one?

f0rest: I think it's a good change! In my opinion, you can't have a team that played good so many months ago go to the next Major just because of that, it's good that they kind of redid the format so that it's now needed to play some tournaments leading up to it. At the end of the day, we'll have better teams going to the Major and in better form as well, so I think it's a good change.

There will be more tournaments that are yet to-be-announced that will count towards the new Major ranking system. Do you feel that it is not entirely fair since the highest tiered teams will probably get invites opposed to the remaining?

f0rest: I wouldn't say it's unfair. The teams that are at the top grinded their way up there and are there for a reason and it's up to us to prove ourselves that we can start counting on invites. I think it's a good path for teams to take, because once you get back on those big tournaments, you know you've grinded your way back there. If you would perform well at those tournaments, you would start getting invites. I don't mind it that they might get invites towards those tournaments providing Major points, I think it's justified.

What are your expectations towards the first Major qualifier tournament, ESL: Road to Rio?

f0rest: My expectations are that I think this is going to be a really good test, especially after FLASHPOINT since we haven't played that much with hallzerk. The only real good team we played against was fnatic in the Minor qualifier and this is going to be another step to match and see where we stand as a team competing against top 10 teams. I'm excited to see where we stand as a team and I definitely believe that we can do some damage in the group and hopefully we'll go through.

Talking about fnatic, you already proved you can compete with a top tiered team. Do you see this as a new opportunity to do the same, or you’re just focused on the main goal of eventually reaching the Major?

f0rest: I think that this will be a really good opportunity for us to show ourselves so people can see what we can do and also for us to see what we can do. It was a good match against fnatic, obviously we were lacking quite a bit on Overpass in that match, but on the other two maps we played good CS and it was a Swedish matchup, so it is always going to be rough for fnatic due to us being underdogs. But at least we went toe-to-toe in two maps and we just want to see if we can do the same against the likes of Astralis and other top 10 teams. Obviously the goal is to reach the Major, but I'll gladly take wins against some of the top tiered teams as well.

How much do you feel the CS community will be affected by the continuation of the COVID-19 situation?

f0rest: Counter-Strike is definitely going to take a hit, considering it is such a great game to spectate through a LAN environment. The tournaments that CS has have such good quality that it really brings out the hype. Not having tournaments like Katowice or Cologne will definitely have a detrimental effect. Hopefully the organizations can figure out how to bring that hype even to online tournaments, but I think it's going to be hard for CS in the upcoming months, that's for sure.

You can keep up to date with f0rest and the team on his social media: 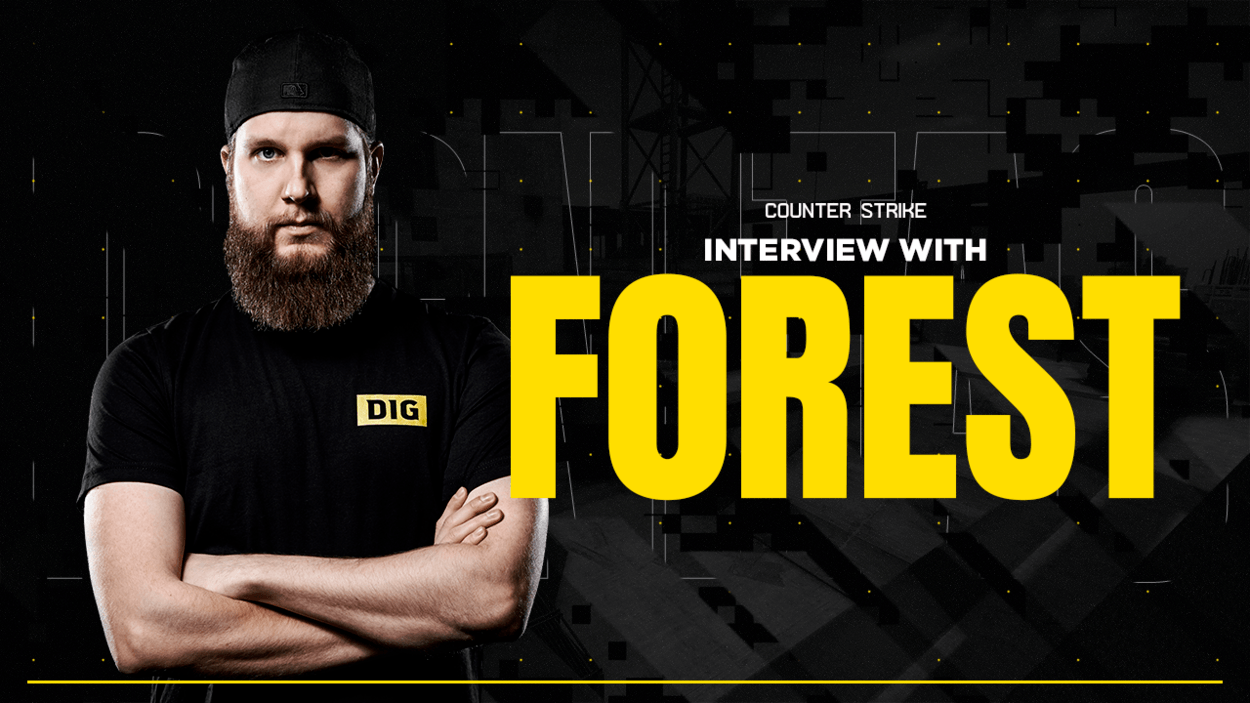