We all know that the maps in CS:GO are not totally balanced, generally favoring one of the sides, either the CT or the T side. This can be totally neglected most of the time when playing Matchmaking since generally no real strategies are being used, but it is an integral part of the game! And it can be of interest to you if you’re playing with a few friends and are able to have the minimum strategy applied in your game.

I’ve had a talk with one of the legends of the game, Patrik "f0rest" Lindberg, a member of the DignitasVIE CS:GO team, to learn more about his opinions on the sides of each map of the competitive pool and how they compare to the tendency of the professional matches played in the last 6 months, according to HLTV, the most important CS:GO news and stats website. 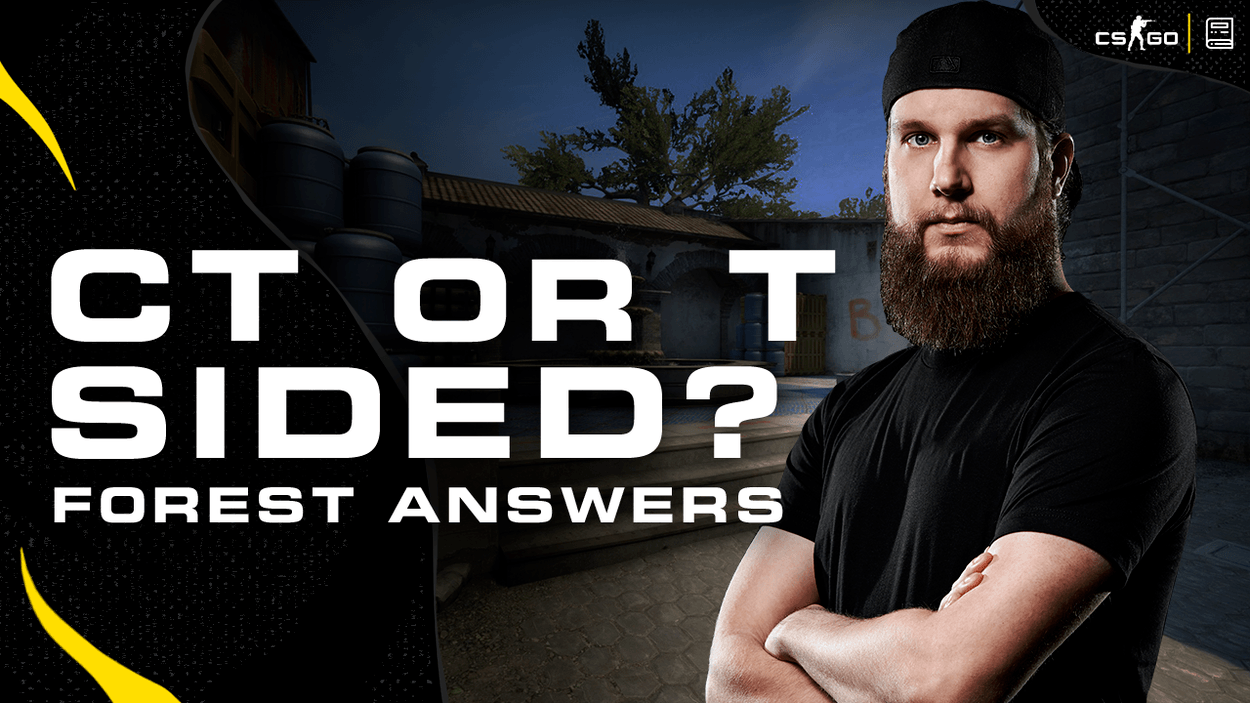 The current competitive map pool is composed of 7 maps, having seen his last change made more than one year ago. From the iconic Dust2 to Vertigo, there’s a map for every type of player. Regarding how this article is going to be set up, you’ll find a list of the seven maps in the pool and the percentage of wins on the side that’s favored. I’ll then have what f0rest said about each one, his opinion on how the maps are split up, and even some tips on how to counter that tendency.

Let’s look at them all one by one.

f0rest shares his opinion on Dust2: “It’s a 50-50 map for me. Also, a very "flip-a-coin" map, kind of the same thing as Overpass since it can potentially end up in early fights, usually around Short and Long, where trades can happen. It's a very fast-paced map, it can definitely go both ways. If you don't have the grenades or setups to fight early, definitely play more passive and make the CTs sweat a little bit, make them use their grenades, make them hesitate, force them to do rotations or gambling stacks, and try to play out of that if you're not comfortable on taking early fights.”

According to f0rest: “I think it's hard to say, I think it can be T-sided on some days. I think people have so good understanding on CT side of Inferno and how to counterplay it, it just comes down to timings and exploitation of the B Bombsite on that map. I would definitely lean towards it being T-sided just because people are so comfortable on how to punish the CTs on Inferno. Some teams like to play it slow and others aggressive, and sometimes a well-timed flashbang and it's just so easy to be punished on CT-side Inferno. Sometimes it goes amazingly of course, but it can be a hard map to defend on.”

Favored Side: Counter-Terrorist (55,8% side wins)

f0rest is leaning towards a CT-sided map: “I would say that Train is CT-sided. I think that you have a lot of opportunities to just hold them down, it's quite an open map for AWPers to hold safe angles and try and take map control. I think overall it's just hard to Ts to execute on Train. The same thing as on Inferno, it just comes down to how the CTs are playing. One important step would definitely be to take Popdog control if you can and try to take that position away from the CTs, giving you more map control and enabling you to split from Popdog, Main, and Ivy.”

f0rest rules for T-Sided on Vertigo: “I'm going to say... T-sided, actually. It's a very hard for CTs to hold any sort of ground, you can push early and try to fight, but usually, Ts just hold back and wait for the Smokes and Grenades to fade away and as the CTs use a lot of utility to fight for A control, the Ts will just eventually take back A Ramp which will force the CTs back on site. If they run out of utility, it usually ends up with Ts just running them over. Regarding how to counter it, just notice the tendencies that they're doing and try to read it, use the grenades later, maybe try to pop-flash mid-round, and take aggressive peeks when they're setting up.”

Favored Side: Counter-Terrorist (50,2% side wins)

f0rest adds: “I would say 50/50 on that map. I think it's pretty close and either side runs away with big halves of very close scorelines, just because of the map layout. A lot of open spaces, a lot of ground that can be taken early - CTs can take control of the round early, the same goes for the Ts, which usually results in early fights and those can go to either side.”

Favored Side: Counter-Terrorist (53,5% side wins)

f0rest disagrees with the stats, leaning towards T-sided: “I would say that Nuke is starting to lean towards T-sided, but good teams on it will punish the Terrorists with the way their rotations work. A good Nuke team will rotate seemingly all over the place without leaving much room for the Ts to take advantage. So, I'm going to stick with CT-sided, even though we're starting to see some tendencies where it favors the Ts a bit more. When Ts are really starting to win rounds and run away with the half, the CTs really need to stop letting some gaps appear because that's generally what the Ts are exploring. But as I said, generally the good teams have better communication and have good rotations.”

Favored Side: Counter-Terrorist (51% side wins)

f0rest quickly answered that he does not play Mirage.

Note: these stats refer to all the matches between the top 30 teams of the world in the last 6 months.

Looking at the stats alone, you can see that all the maps are relatively balanced but those numbers might be a bit deceiving. They actually show a big difference between sides, especially on Train and Nuke.

What can cause changes to these stats? Mostly, the playstyle of each team. Some teams might be more aggressive and naturally have a higher win rate on the Terrorist side, while others are more passive and have better rotations, making them better on the Counter-Terrorist side.

But how can this information help you?

By knowing which type of player you are, you can understand what map suits you better. You and the premade you usually play with. Let’s say you like to stay active as a CT and gain more map control. Maybe a map like Train suits you better, since CTs are generally favored. You should also have in mind your own preferences, since this is a game and, above you, you’re looking to have fun.

Thank you for reading this article and hopefully, you’ll be able to take something from it! You can reach me for feedback or suggestions through my Twitter (https://twitter.com/ghazz94)! Also, don’t forget to check f0rest on social media to keep up with him and the team!

Visit our partner Vie.gg for the safest market and best customer care in esports betting.
Must be age 18+ and reside in a country where online gambling is legal. Gamble responsibly 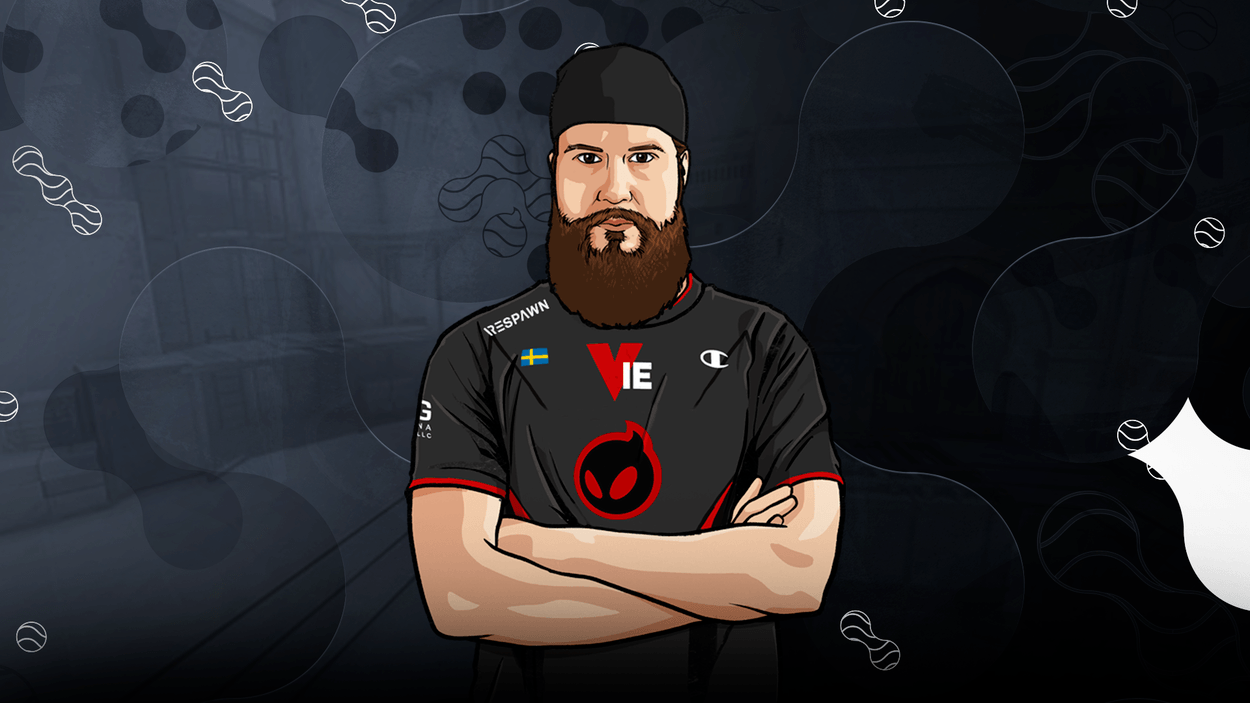