It’s not every game that you can take home an S+ and get showered in missing pings for your godlike plays, but on the occasion that you do find yourself in the lead in the early game, you should know exactly how you can capitalise on your success, throw your team on your back, and carry them through to victory.

We had the opportunity to throw this over to DIG LoL’s Mid Laner, Henrik “Froggen” Hansen, for his advice and opinions on taking a match into your own hands and securing success as a solo laner. This guide isn’t going to focus so much on how to get yourself a lead in the first place, but rather what to do when you’re in a position of power and how to translate that into a win, so read on!

Positioning in teamfights is more important than ever while you’re ahead and carrying a bounty. In League of Legends, your position in teamfights is going to vary game-to-game depending on which champion you’re playing, your team composition, and the enemy’s team composition. When you’ve got a bounty, you may be more or less inclined to lunge towards the middle of the action depending on who you’re playing, so that you may allow your team the best chance of success.

“You want to be able to play off the members of your team that can engage first, so you can back them up and find damage on to the enemy carries while they’re being focused,” says Froggen, which highlights the importance of knowing where you should be within your team.

If you’re a tank who’s got loads of gold under their belt, you should be leading from the front. Otherwise the most important thing for you to do is place yourself as far as you can from the front before you get blasted away.

Your mental state as a carry needs to be tilt-proof. Having all the gold in your pocket is one thing but making sure you use it to optimal effect is a totally different story. Pulling the rest of your team through to victory can be very mentally taxing and if you’re not feeling as cool as the Ocean Rift, you’re likely to throw that lead straight down the drain.

The obvious temptation would be to jump in chat with your team and get your flame on, but the most effective carries are going to keep calm and get their game on. Encouraging your team when they make good plays, communicating actively with pings, and taking the best fights possible are the best ways to turn your calm mind into a winning team mentality.

The most important thing to remember is that a lead in League of Legends can be incredibly volatile, so doing your best to protect your bounty inside and outside of teamfights is vital. Prioritising safer styles of play that stem from the lead that you develop is a great way to ensure you don’t get too big for your boots and gift that bounty nicely to your opponents. Placing wards around your lane and keeping a high level of map control is a great way you can do this in the early game, and focusing the right targets in fights is a great way to fend eager enemies away from your valuable kill gold.

Froggen’s input supports this method of play, at least from the perspective of a glass cannon carry. “If we’re talking about Mid Lane, you’re likely going to be playing a very squishy champion, so you’ll want to take extra care to avoid CC and heavy burst, as you’re going to die just as quickly as if you weren’t fed.”

Finding those crucial wards and remaining conscious of the state of the enemy team not only prevents yourself from being blown up, it also allows your team the freedom to call the shots and decide the flow of the game, moving towards crucial objectives when the time is right and collapsing on unsuspecting enemies at any given moment.

While you need to play to preserve your bounty and ensure the enemy team doesn’t wipe you away with ease, you also need to be proactive about your playmaking and be prepared to spark the comeback in your team when no-one else can.

When asked about the best plays to make with a lead, Froggen gave a few different suggestions from the perspective of a Mid Laner, "With a lead in Mid Lane, you usually want to push in and get deep wards in the enemy jungle; finding good pink ward placement allows more movement around the map from your team. [...] You also have the potential to roam into other lanes and use your lead to help get them further ahead, taking objectives and securing kills all around the map. [...] You should coordinate movement with your jungler to invade the enemy team and either catch out the enemy jungler or steal away their buffs."

Playing to Your Strengths

If you’re finding yourself in the lead, the best way to guarantee success and close out the game with the advantage you’ve built up is by playing to your strengths. This requires understanding and execution in equal part, as you need to first identify your team and champion’s win conditions. A Mid Laner such as Orianna, with powerful CC and AoE damage, should push for her allies to engage in teamfights so that she can utilise her kit to its fullest potential.

Froggen agrees with this point, saying, “If you’ve got a better frontline than the enemy team, then you can just play front-to-back and clear out their team like that, but if you’ve got a squishier team then you might have to make some riskier plays to get into their backline first.”

The idea behind this is that you need to identify your team’s win conditions and play best to them with the lead that you have, so that you can further punish the enemy team’s mistakes and close out the match with the least resistance.

Following these key points, and the sage advice of DIG LoL's very own Froggen, you should become more confident in playing from the front than ever. With the bounty system allowing more paths back into a game than ever for the losing team, you should ensure that you follow this guide in as many elements of your game as possible to keep the balance of power firmly in your favour. GLHF! 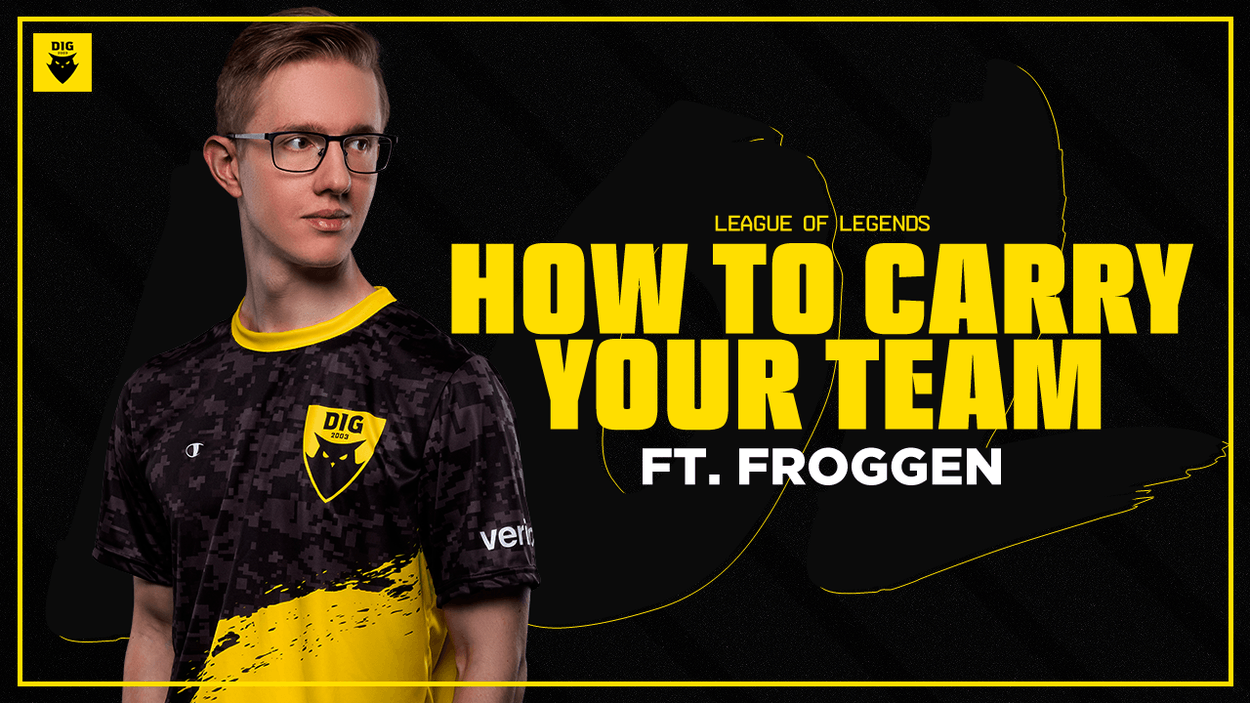