After an incredible Season 3, Variety formed a new team full of veterans and participated in open bracket qualifiers. Variety’s New Team, as they were called, showed that they were more than SPL capable. This led them to join Team Dignitas for the 2017 Spring Split. We asked Variety some questions about joining Team Dignitas and the Smite Pro League.

How did you form this team? How did the roster come together player by player?

Variety: I was the last player to join the squad after receiving a message from Zyrhoes with a proposal to become the last player to make the roster. The players he mentioned were all amongst the best of the best in their respective role, however, after coming second at Worlds, it was never going to be an easy decision to stay or leave.

Who came up with your team’s initial name, “Variety’s New Team”?

Variety: Since I was the one to announce the team on twitter, Zyrhoes changed his twitter bio to Professional Mid for “Variety’s New Team” and since then we just stuck with it. Luckily Team Dignitas came in to save the day from our cringe-worthy name.

As a team full of veteran SPL talent, what was your experience playing in the open bracket like?

Variety: No matter who the players are and the experience they have, forming a new team will always have the same problems at the start. Playing the open bracket was a good way to grind out games over a short amount of time to quicken the learning and merging process for us as well as helping us getting to know each other and bond in general.

What made you choose Team Dignitas as your organization?

Variety: Picking Team Dignitas was rather straight forward, with the name comes a lot of respect as well as having fans across the globe. With the backing of the Sixers, the opportunities presented were above and beyond our expectations. Also the professionalism and the support you can count on from all the staff members and owners made the decision even easier.

You were on Team Dignitas in Season 2. How is this iteration different?

Variety: This iteration of Team Dignitas has an extremely high calibre of players who all have the same passion and drive to become the best team in the world.

Variety was the solo laner of Team Dignitas in Season 2 and rejoined the squad for Season 4.

What are your thoughts on the invitation and Relegation processes this year? Do you think the SPL contains the best possible talent this split?

Variety: With the introduction of a round robin group stage, the relegation process this year was very fair and was the best possible way to ensure the best teams in each region make the SPL.

How do you feel about the three-split format of Season 4? How does it impact teams compared to Season 3’s two splits?

Variety: I prefer the three-split format compared to the two-split, although it allows a little less downtime for the teams to relax and take a short break. The extra split ensures that a lot more games are played which brings a lot more experience, a lot more scrims and more LAN events overall, which helps us become the best. Aside from allowing us to gain more experience, the three-split format brings more relegation tournaments, which ensures the teams in the SPL are the best in Europe.

With more LANs this year, do you think there is going to be higher levels of competition in the SPL throughout the year?

Variety: LANs are far more stressful yet exciting. A team very rarely walks away from a LAN learning nothing, so the more LANs the more teams will learn. Also, I think it is very important that all teams gain some experience playing together on stage.

We already saw Latin American’s LichT topple a North American team at worlds and the international regions are seeing more play time against the SPL regions this season. Do you think they are going to continue to get stronger? Are they going to be able to hold their own against the top NA and EU teams?

Variety: I think the other regions are starting to catch up to EU and NA, however, it’s hard to tell whether or not they will actually be able to overcome the top teams in EU and NA. It is certainly something we should be aware of.

What are your Expectation for Team Dignitas in the EU SPL Spring Split? Expectations for the team by the end of Season?

Variety: Although we would like to be number 1 in Europe and the world straight away, it’s simply not that easy. Saying that though, we do expect to be a top team in Europe. Since this will be our first split together we want to use it to gain experience as a team in the high stress environment of the SPL as well as experience as a team at LAN events.

Variety: I believe this team can take down the kings that are NRG and become the best team in the world. It is easier to say we can be the best than actually do it, but with the determination and the mindset of every player on this team it is certainly within our own grasp. We just have to learn from every possible opportunity and stay focussed and the results will follow.

Variety: It’s an honour to be a part of Team Dignitas once again, especially the second time with the changes that have gone on within the organisation. I would like to personally thank ODEE for letting us be a part of this and having the belief that we can become the best. I want to also thank the fans who have backed my decision to take this opportunity with a new team and of course a special thanks to all our sponsors. 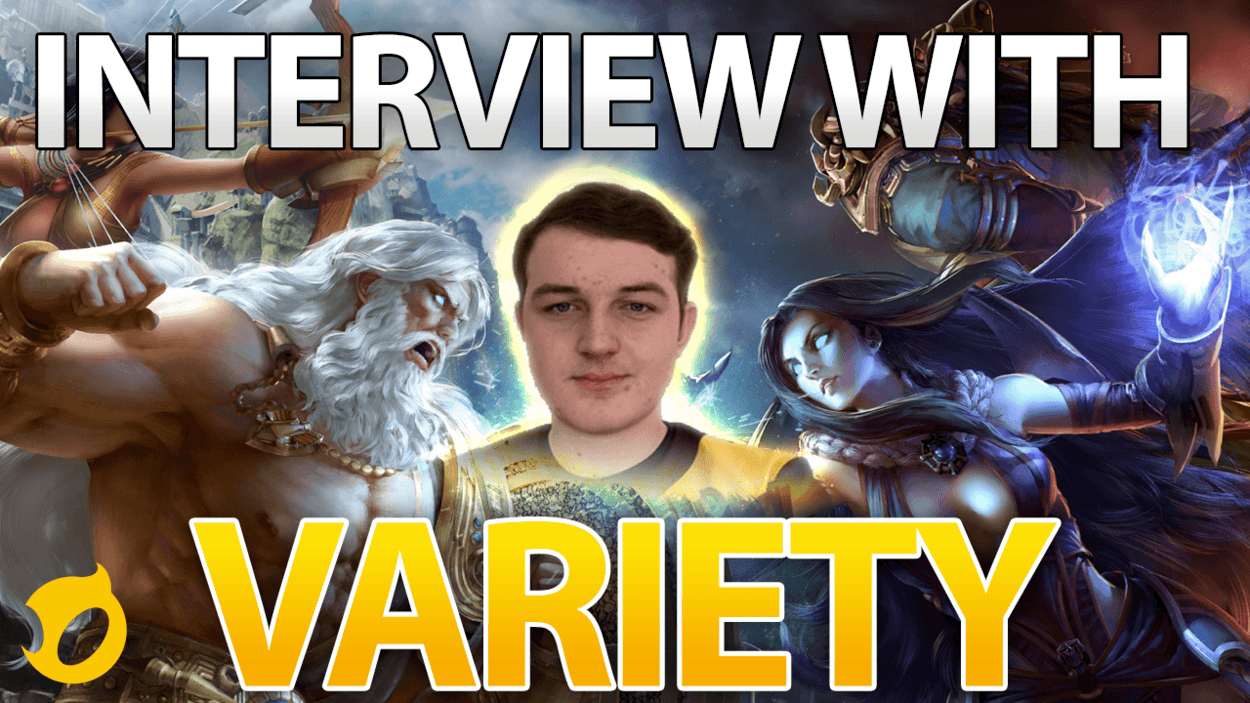