Tyler "Hurriwind" Whitney was just brought on to the Dignitas team as the new Mid Laner. Hurriwind has proven himself as a great Mid-Lane player and looks to continue his success under his new banner. I spoke with him about what it means to be with the new team and what he hopes to bring to the table. He joins with Hunter Ataraxia to fill out the roster as the team looks towards preparing for the new season.

First of all, welcome to the team! For anyone who missed the news, you’re now going to be mid-laning under the Dignitas banner. What does it mean to you to be a part of the organization?

Hurriwind: For me, playing under the Dignitas banner means that I have a big opportunity to grow as a player. It also means that I will have a top tier organization to help push me to meet my potential.

What was the process like in being brought on?

Hurriwind: The process involved the old core reaching out to me and telling me they were interested. They ended up bringing me into Discord and asking me some questions to see how I would fit with the team. It turns out they liked my recent performances and figured my playstyle would fit well with their new team goals. Of course, I was more than happy to join when the offer officially came my way.

You tweeted “I can't wait to get together with the EU lads and make a big run this year under @dignitas. This is the most excited I have ever been to play on a smite team. Let's get it”. What makes you so excited to be playing with this team going into the new season?

Hurriwind: I have always wanted to play with EU players, let alone the best EU has to offer. I know that I have a lot to learn and this will be a great way to do it. Also, the guys are really outgoing, and it will be a nice change of pace for me.

Any thoughts on some of the other roster announcements from different organizations? Any team(s) that you’re specifically excited to play against?

Hurriwind: I think that a lot of different rosters have the potential to be dark horses this year, with the combination of the regions. In particular, I think the Knights squad will be strong alongside Splyce, Rival, and Renegades. I am really excited to play Rival because my good friend PBM is captain for that team, and I am also excited to show what we can do when we play Knights.

Ataraxia was also picked up as the other new member of Dignitas. What do you feel about him joining the team and what do you think he can bring to the table?

Hurriwind: I am actually really happy that Ataraxia will be joining alongside me. He has many impressive tournament finishes despite the lack of credit he often gets. I think he brings a lot to the team that goes beyond mechanics and in-game decision making. He is a good guy and I can't wait to pick his brain on how he wants to play the game.

What strategy do you think you will work on as a team to make sure that everyone gets on the same page as quickly as possible? Do you foresee any challenges right away in terms of strategy, communication, etc?

Hurriwind: Honestly, we will be ahead of the curve with spending time together and playing the game with one another to make sure that we can mesh as soon as possible. I think we are going to have to spend some time messing around with strategy until we can come to some cohesive conclusions on how we want to play the game. The process will be fun, so I am not worried about it at all. It will take some time to get used to the accents though.

What are your goals for this coming season; both personally and for the team?

Hurriwind: For the first season, I would like to see us form an identity we are comfortable with. I think we should also be finishing top 3 at the very least, but the main goal is to grow as a team in my mind. Winning the World Championship is the ultimate goal, so that's what I always want to work towards.

What do you hope to be able to bring to this new team?

Hurriwind: I hope I can bring a new perspective to the team. I also hope that I can bring some direction to the team in terms of how I think the game should be played. The team has a lot of natural talent as it is, so it's just a matter of putting the talent together in a way to be consistently at the top. I also expect to impress as an individual player this year as I don't have full time schooling to take away from my ability to play/practice.

Thank you so much for taking the time to answer some questions! Is there anyone that you would like to give a shoutout to?

Hurriwind: Shoutout to my family, especially my stepmom, dad, and mom. They are my biggest supporters and I could never be who I was without them.

Be sure and follow Hurriwind below to keep up with him and Dig SMITE! 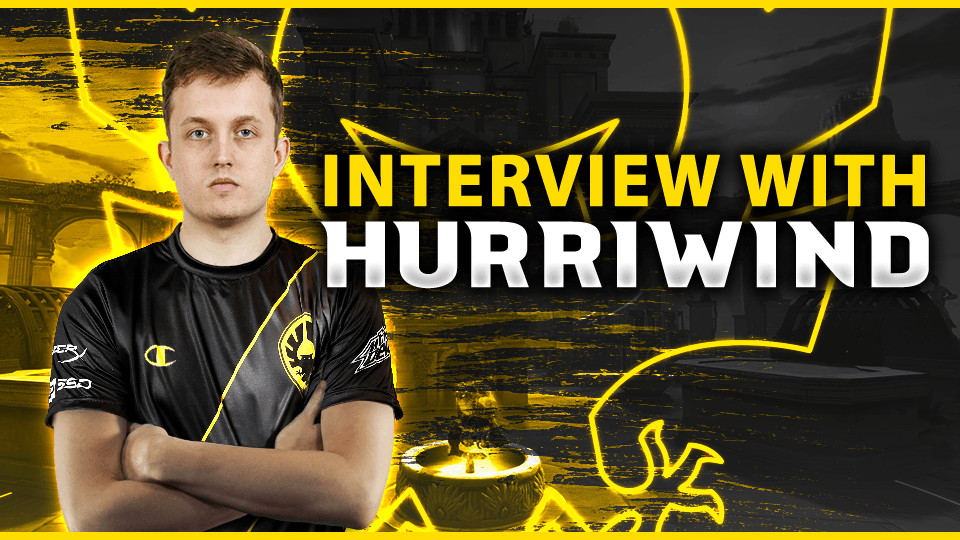