Emmalee "EMUHLEET" Garrido is the captain of the CS:GO female Dignitas team, now the first female team to ever compete in more than one title. Having recently announced to have started competing in VALORANT as well, we reached out to her to know more about the shift as well as the exit of Artstar from the team after so many years.

Hi Emmalee! So, you’ve had a few important months to the team! You are the first esports female team to ever compete in more than one title. How did that idea come to be?

EMUHLEET: The team and I discussed how big we think VALORANT is going to be, so we didn't want to miss out on the opportunity to do both games. We strive to be the first, so we easily knew we had to do VALORANT too. We really do enjoy playing both games and have a lot of fun competing in them too!

What made you actually go for it? Was it the low amount of tournaments you’ve been playing lately in CS:GO?

EMUHLEET: With the situation in the world right now, the world is constantly changing, and with that being said we are probably going to travel a lot less due to the pandemic. That means we will have more time to practice in two game titles.

Playing both games eventually comes with a possible lower level on both games than it could be if you only focused on one. How is Dignitas looking at that possibility?

EMUHLEET: That's one way to look at it, but its not the right way to approach it. Since VALORANT is so similar to CS:GO, it doesn't set us back at all. We can easily utilize all the skills we know in both games, aim, communication, adapting, utilization of utility... If anything, both games skill-wise complement each other.

VALORANT is finally out after 2 months of closed beta. What do you think of the game and its competitive possibilities?

EMUHLEET: I had such a fun time learning the game during the closed beta, and even competing in some tournaments! I think we did quite well. They are doing a really good job listening to the community, and I believe this is what it'll take to truly accelerate the game. Right now, VALORANT is a little bit repetitive, but personally since I am doing CS:GO as well, I don't mind one game being that way. It’s a very good competitive game already and it just came out, so again, that's why we as a team knew we had to invest our time into it. We wanted to be a part of the VALORANT movement and strongly believe in our success in it too! I see it being as big as CS:GO or League of Legends.

Riot stated that they’re taking a slow approach with the competitive scene on VALORANT. Does that make you nervous regarding the decision you’ve made to play both titles?

EMUHLEET: I think this is the right thing to do so they can see what works and what doesn't. It’s a new game which means it will be trial and error and listening to the community - many games in the past have failed because they failed in listening.

You’ve been playing with Bouchard for the last couple of months, but things didn’t work out. What happened?

EMUHLEET: She just wasn't the right fit for our team and wasn't what we were looking for to be on our team. We need someone that can commit and invest their time into us. On the bright side, we have received so many applicants from the recruitment ad so we will be starting tryouts next week. I’m super excited about that because we also had a lot of applicants from Brazil and from playing against them over the last 6 years, I know they these girls have so much passion, drive, and dedication to the game.

You’ve also parted with artStar after so many years of playing together. What made you take that decision?

EMUHLEET: She wanted to step down to go to school and stream. With how long we've played together and hardly any breaks due to their being a lack of their being an official CS:GO season, I can understand her wanting to take a break. She’s still a part of the family and we still play together occasionally. I wish her the best with whatever her future will be!

What can you tell me about the new player and the future of the team?

EMUHLEET: While we are doing tryouts, we are really working on the core 4 and improving it!

Do you have any final words?

EMUHLEET: We never stop working hard and are continuing to do so because we want to constantly prove ourselves to everyone. With that being said, you can expect great things for us in the near future!

Stay up to date with EMUHLEET and the team on her social media: 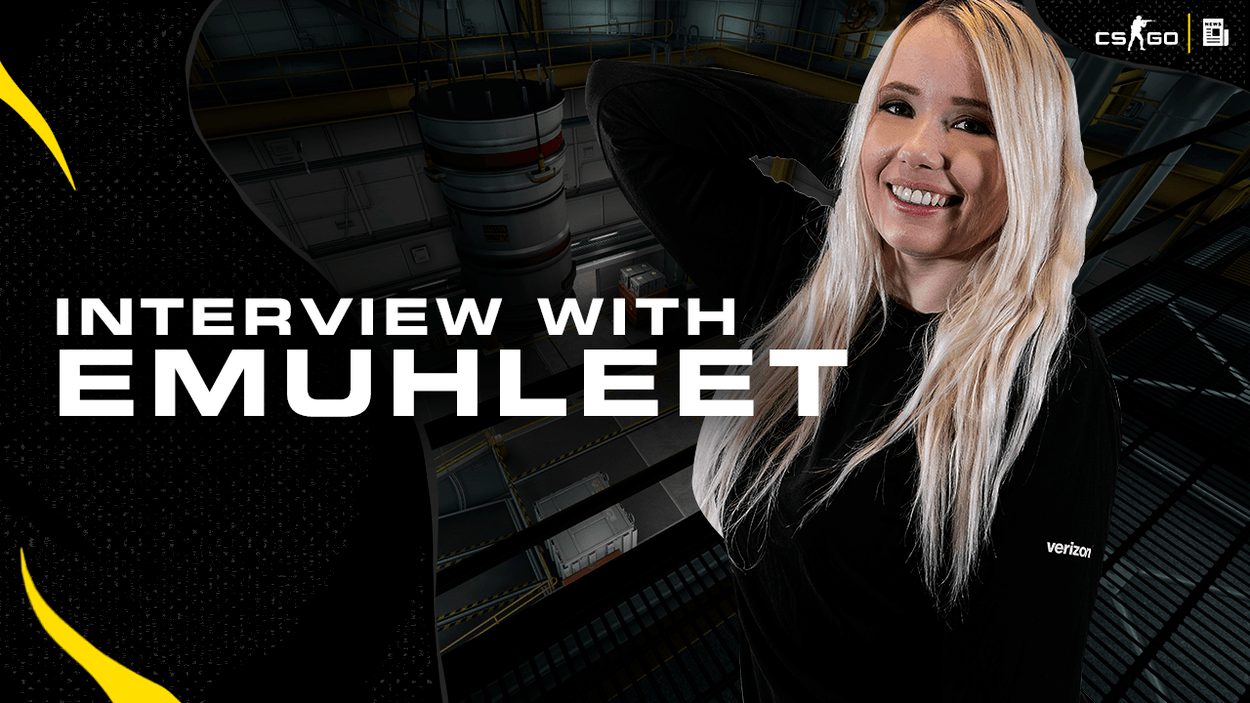