Now that we’re a bit away from the Spring Split, all eyes are on MSI. As we lead into the big event, I had the wonderful opportunity to sit with Zaqueri “Aphromoo” Black and talk to him about the ups and downs of DIG’s Spring run, some burning meta-related questions, and what the team’s hopes are going into the Summer Split.

The Spring Split came to a close with a rough series for you guys. I know it’s a disappointing series to recall, but can you talk to me about the preparation leading in? Did 100T give you what you expected or was there a new adaptation from them?

Aphromoo: Going into it, we practiced as hard as we could. It was the first playoff series for a lot of our guys, and 100T’s been around for a while with their same four core, minus Damonte and Ssumday. And they just definitely played really well. We were missing a lot of the skill shots in the comps we played, and we were really playing late-game scaling or more mid-game team comps mostly.. And it wasn’t really our forte coming into this series, but 100T definitely played really well.

Do you think that this series was more indicative of the inexperience in this type of higher pressure setting? Or do you believe the mental was there, and that you guys just didn’t execute as best you could’ve?

Aphromoo: Can’t speak for everybody, but we definitely faltered on most of our execution. We had a lot of high execution comps where we needed to land skill shots, but we weren’t. A lot of things were missing and that really showed.

There’s always a lesson to learn from tough losses, what did you guys learn about yourselves from this series?

Aphromoo: We just gotta be better. It was a good experience to come away from, and it just showed that if we’re gonna play comps like that, that you just have to do it right. Missing just a little can let them take a mile, ya know? It’s probably better that we played it and failed now, since in the later playoff matches, everyone played those super late-game scaling comps every game.

Getting our eyes away from that last series, let’s look back on the split itself. You guys were whispered as a dark horse team but also as a fan and caster favorites due to your all NA roster. What do you think your performance this split says about NA native talent in comparison to the international competition?

Aphromoo: There’s a lot of NA talent out there. It’s just up to orgs to decide if they want to develop them or not. I think there’s just a lot of talent that hasn’t been picked up. Like, Lost has been around for a long time, and finally he’s on TSM, and I think he’s really good. There are players that were gonna be on Academy again if we didn’t pick them up.

After having this decent split, it shows that you definitely have to have the right coach and a good balance of veteran players and rookies for you to be able to enable to set these players up to have success.

Which of your teammates do you think showed the most improvement from the lock-in tournament to the end of the spring split? Were there any surprising developments amongst the team’s chemistry?

Aphromoo: I expected us to definitely start from nothing. LCS is a whole different beast from Academy so we had to learn a whole new set of play patterns… But, I guess, the most improved?.. I’m gonna be biased and say Neo. Hanging out with me in Bottom Lane was fun and we really got into a solid spot. And looking forward into summer we only expect it to get better. 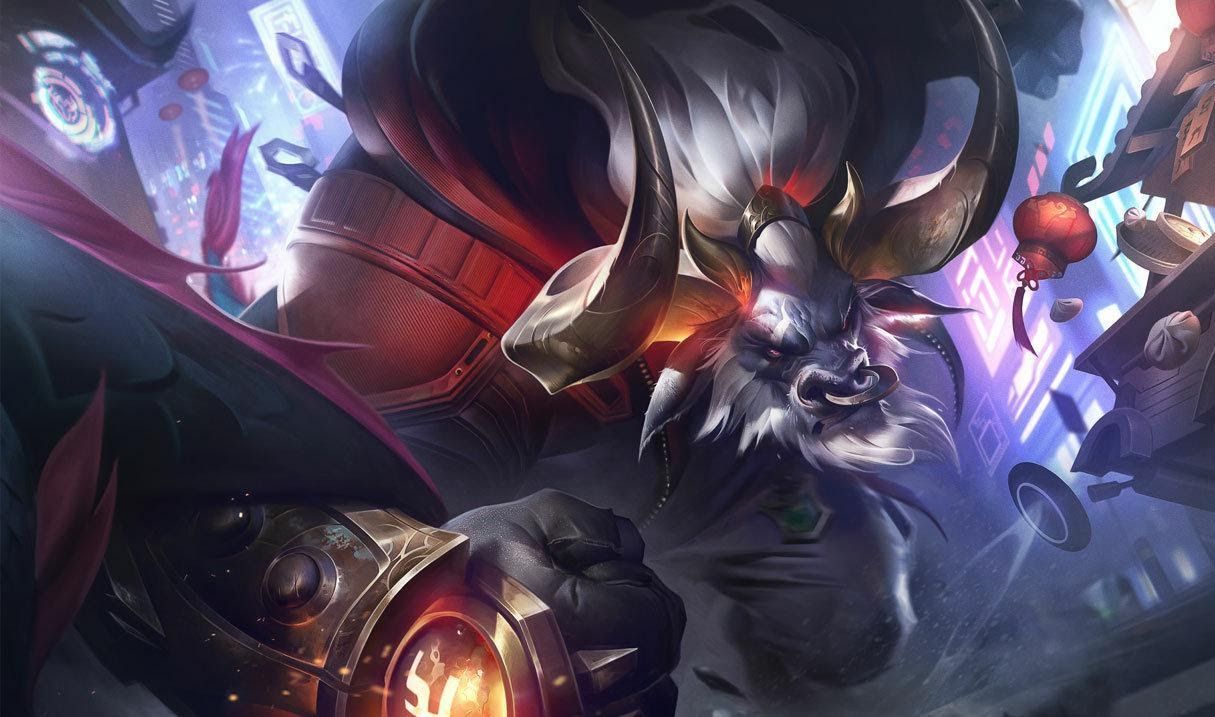 Dardoch noted in our last interview that he’s learned a lot from you about what it takes to be a team leader and big veteran presence. And in a way, many across the League community both in and out of the LCS have looked to see change from him. DIG seems to be that moment of change, so is there anything you can say on Dardoch’s growth as a team member?

Aphromoo: He’s been around for a while, and I’ve been with him on two teams, but in terms of growth, he definitely makes your solo-laners better. He pushes them to the limit because he expects a lot. In terms of our top side, they were definitely learning a lot under the fire of Dardoch’s wrath in the jungle. Because with Jungle, you’re playing from minute one and if you have a bad clear, then you’re really knocking yourself out of the game.

Most junglers will be like, “it’s fine I’ll be down blah-blah” but he doesn’t accept that since he wants to be ahead and in the lead all the time. And that mentality spilled over into our solo-laners, especially for Aaron. Aaron really stepped up and tried his hardest to get leads early. So, that shows just how hard he pushes solo laners to be better. You’re playing to win, so you gotta be able to talk and communicate, so he’ll (Dardoch) definitely bring it out in you.

Especially as a Rookie, because when you’re on Academy, you’re not talking that much. But coming into the LCS it’s expected that you’re going to be communicating. So, if you’re not doing that, you’re gonna learn the hard way. Dardoch definitely is a good teacher in the Jungle for that.

Closing out the split talk, overall, I think there’s a sentiment of pride and excitement behind DIG’s rise. You guys carry your record into the Summer Split and have shown you can compete and dictate against some of the LCS ‘elites’.. What are your expectations for the Summer Showdown?

Aphromoo: Pick up where we left off, and improve on that. There were definitely a lot of nerves going into the playoff series, but with more split experience and time to hash out our macro especially around Baron and setting up teamfights, we should be able to do well.

Shifting focus to the Meta, it seems every team has their eye on Supports picks that are all about play-making. Thresh, Rell, Nautilus, Alistar to name a few. What’s happening with the Meta to keep these picks in focus?

Aphromoo: League’s just a four-man core, currently. Your top laner is on an island, and in the rest of your roles, either the jungler or support has to be a tank. If you’re not on either, then you’re playing a high execution comp, and if you screw up one time, you’re probably going to lose the game. So, most of the time you need at least one tank. And right now with the jungle, you aren’t really playing tanks, since they’re just garbage. Support has to play tank right now, and that’s pretty much the only reason. If they buffed tank junglers, you’d see a lot more mage and enchanter supports, but until then, that’s the only way to go.

With that said, Seraphine seems to be separating herself from the crowd of these tankier picks. What is it about her that makes her such a viable piece to the pro-meta?

Aphromoo: Her kit is just super over-tuned. The more health you’re missing, it heals you harder. Plus her ulti is just insane. Being able to extend off of enemies and allies is insane, and in a teamfight, it’s just too hard to dodge. She’s just too easy to execute for what she brings to a team.

We all know you love your play-makers, but are there any changes you’d like to see from Riot to address a mix-up in the pool of Champions being played?

Aphromoo: Tanks are really boring. I don’t know anybody that likes playing tanks... Unless you’re a top laner. But there are a lot of other supports I'd rather play than tanks. As a tank you’re always having to go first, you’re always dying first, and it really makes you miss playing things like Bard, Lulu who is super-fun, Karma, Morgana, all those guys. 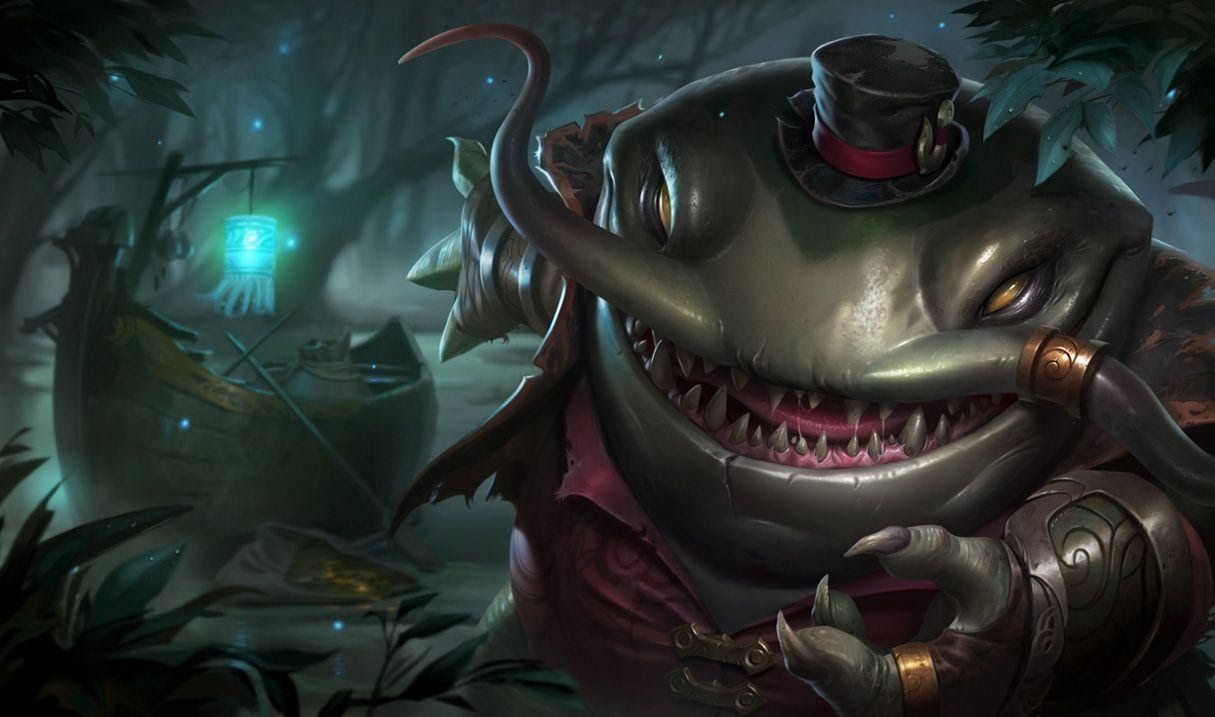 One strategy that we’ve seen become very common place has been the Fasting Senna Bot Lane. Often times we see this locked in with a super defensive pick like Tahm Kench who can peel and sustain alongside Senna, but do you think there are any other picks that could creep up into effectiveness alongside Fasting Senna?

Aphromoo: People have already pulled out a lot with it. Cho’Gath, Heimerdinger, Voli, Sion, Ornn... you just need a Champion that has decent wave clear and has the ability to pressure the lane. If the Champion doesn’t fit that criteria, then it’s just simply not good. Tahm Kench is probably the easiest one to play of those, plus he’s really good with his global ultimate, and that’s why most people pick him up.

What circumstances lead to this sort of Bot Lane getting picked? Do you determine this beforehand, are there particular setups that you look to pick the style into, or is the style just as effective as locking in a standard Bot Lane combo?

Aphromoo: You can pick it any time. It’s just a core lane that you can pick at any time that’s just good to play. Almost always. And since it scales really well, even better.

With Seraphine mixing herself into the Bot Laner role, there are rumors that RIot might start promoting more Mages to make their way down. Are for or against this potential direction?

Aphromoo: It’s fine with me. It’s good to be able to play multiple champions in everyone’s role. And I don’t really enjoy when you’re forced to place certain Champions in certain roles. With the duo lane in particular, you should be able to play any Champion in the game down there together.

And mages were a thing like two years ago. Vladimir, Syndra, Viktor.. And ADCs in the league definitely had a hard time adapting to that since they didn’t have enough games on it. But I do think it’s good for the game. And it’s great for draft advantage if your Bot Laner can play these picks.”

Lastly, with the time off between now and the split start, I’m sure you’ll be practicing, streaming, and grinding some Solo-Queue, but I want to know what you’re doing to let your hair down that isn’t League? Are you grinding Shadowlands? Maybe playing Genshin Impact? Or do you still like to keep a competitive vibe with games like Apex and Valorant?

Aphromoo: All those. Genshin Impact, Valorant, but I’ve been pretty much chillin’, running errands, not much else to do with COVID going on, ya know? At least until everyone gets their vaccines.

And that concludes the interview! We look forward now to MSI to see if it has any meta-defining strategies for teams not present to pick up as we look forward to Week One of the Summer Split! Again, big thanks to Aphromoo for sitting down with me and entertaining my questions! Be sure to follow Aphro on social media for more:

I hope you all enjoyed the interview and I look forward to seeing you in the Twitch chat and in Discord come Week One! 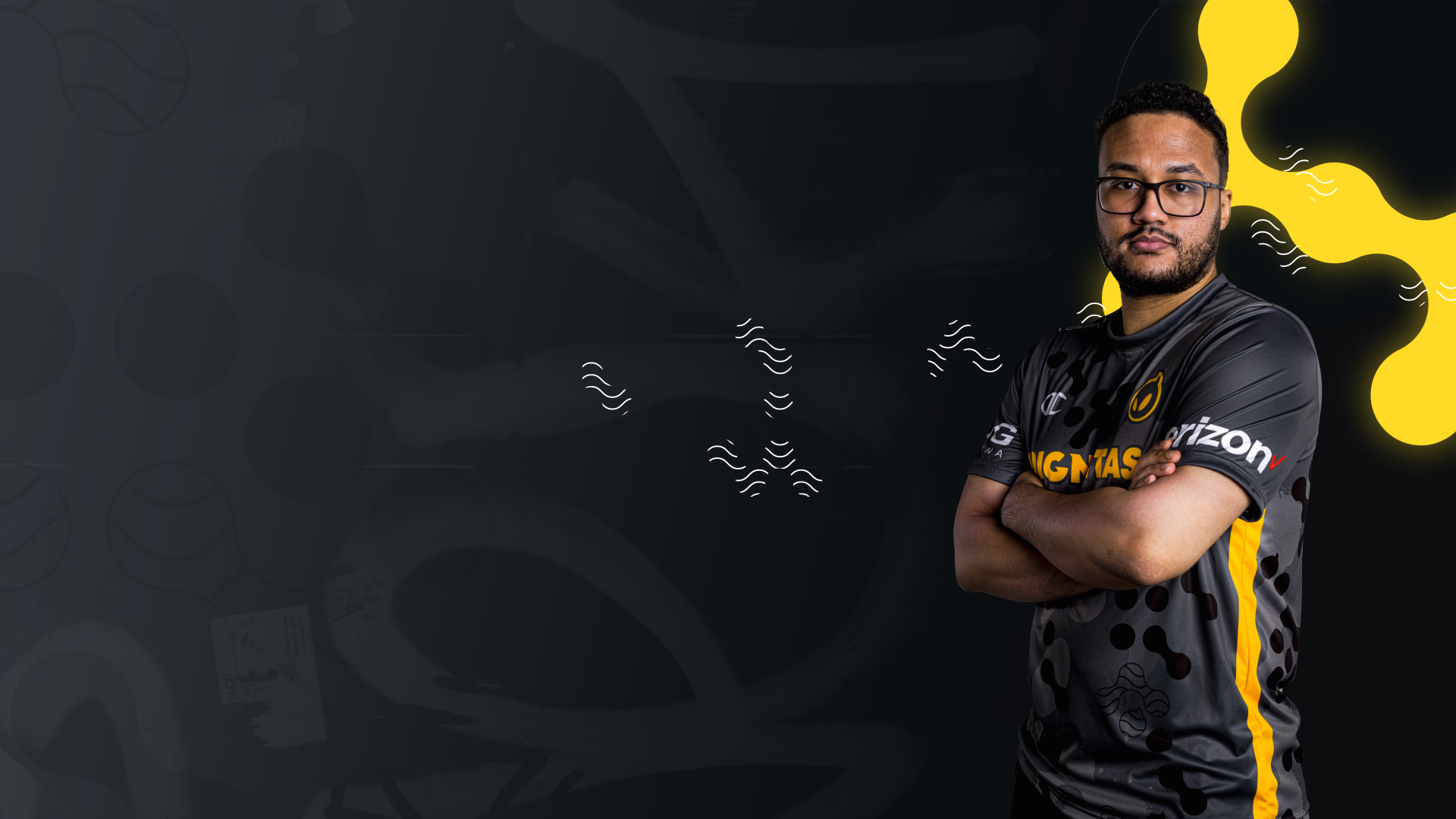