As MSI ends, the professional League of Legends scene is looking towards the upcoming Summer Split. Before the games start, I had the chance to sit down with Aaron "FakeGod" Lee to talk about his experiences during Spring, the team's playoffs run, and his expectations for the Summer.

First of all, thanks for being here! I want to start us off by looking WAY back towards one of your first interviews with the team back in the Preseason. In an interview with us, you said that on your signing with DIG that, ‘DIG would give you what you wanted.' Well, we’re two tournaments away from that interview now, so how does it feel looking back on your first full DIG LCS split? Have you gotten exactly what you signed up for?

FakeGod: Yeah, I’d say so. With it being an entirely new roster for myself and other people on the team, I think we did pretty well for our first split. And we defied a lot of expectations from people in general, so I’m happy with how the first split went. But, I still think we could’ve gone a little farther.

At this point, all eyes are on preparation for the start of the Summer Split in June, but before we look forward, I wanted to take a moment and look back on the Spring Split.

Obviously, Spring didn’t end up the way you guys wanted it, but there’s a sense of excitement about DIG’s potential amongst the community going forward. However, coming in from the Lock-In, many thought DIG would be amongst the bottom tier teams. What was the feeling like throughout the split as you guys defied nearly everyone’s expectations?

FakeGod: At the start it didn’t feel very good since we were struggling a bit. When we started winning towards the middle and got tied for second, I stopped and was like, ‘Oh?! How did this happen?!” so that was a super neat feeling.

When you think about the Spring Split as a whole, is there anything you can point to as a difference maker in leading you guys to success and into the playoffs?

FakeGod: In one week, we were scrimming pretty badly. And the results brought us together for a team talk, where we all just hashed out what we wanted to do. And that really brought us together and translated into the LCS . And this was like right before we played our first ‘LCS’ games. This moment felt super necessary for me leading into everything, and then after that it felt like everyone was just really playing their best, trying to work together, and we just started winning as things got more clear.

I had an interview with Aphro a few weeks back, and he mentioned some nerves going into the playoffs. How did you feel in your first playoff bout, and what did you take away from the experience?

FakeGod: I still think we could’ve gone a little farther. The results in the split didn’t really affect our practice too much. Leading in, I think we just had a few off practices that weren’t very productive. So, that made it to where we weren’t too confident going into our first playoff games. I think that’s why we stumbled at the end. It felt pretty anti-climatic, especially for myself. I couldn’t help but be like, ‘Damn. We just lose like this? That sucks.’ But, we got the first experience over. So, that’s good at least.

My biggest takeaway was that practice was super important for setting us in the right mindset. And coming in relaxed and just being normal. I think my nerves probably showed, so just trying to not be too nervous before the games. So, just consistency and playing as I normally would is in my mind for next time.

Talking a bit more about the team’s success, no one can dismiss Dardoch’s impact, and in my previous interview with Aphro he mentioned that Dardoch has brought more from you. Can you unpack a bit of your dynamic with Dardoch and how his experience has translated to your growth?

FakeGod: For me, personally, I’ve never been a talkative person in my career. Even before playing League. I wasn’t very demanding at all. And, I’d say I brought that with me during my first two years of League.

And then I’m here, and I’m playing with Dardoch, who is one of the most demanding Junglers I’ve ever played with. So, it was definitely interesting since I had never experienced something like that before. And simply just playing with him has made me realize that I need to be a lot more knowledgeable and vocal about what exactly I want to do and how to communicate that effectively. I can’t just be silent and let others direct my own game plan for me. I have to be the one to do that. That’s probably the biggest thing I’ve learned from Josh. And ya know, other normal team and League stuff.

Dardoch played 11 unique Champions over the course of the split. How demanding is that variation on you as a Top Laner? Were there times where you felt off center, or was the variation all according to plan?

FakeGod: It didn’t really change too much, honestly. It’s not like if he’s picking a different Jungle champ, that it makes Top too different. It’s just sticking to the game plan that I set for myself and then helping him out as I can from my lane. 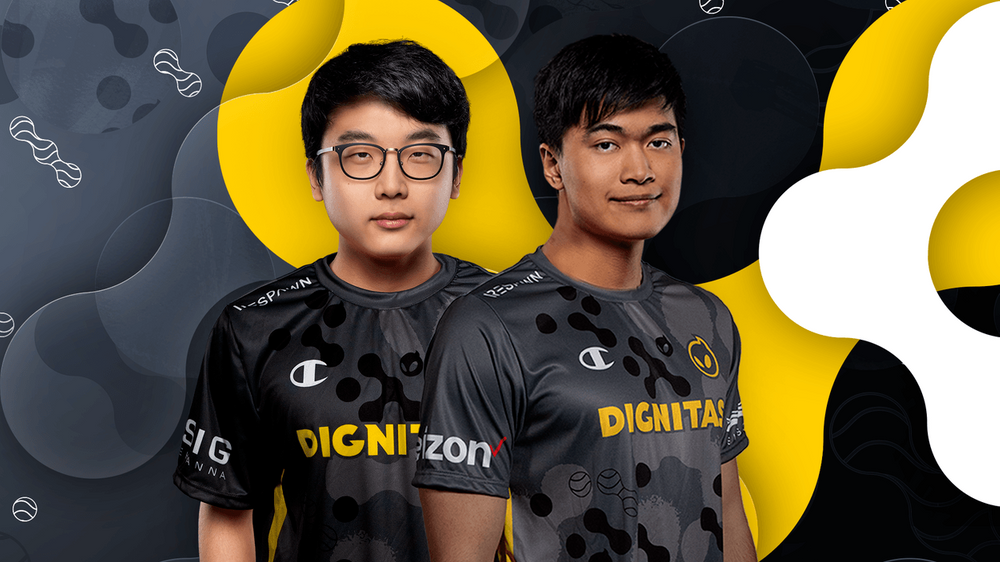 Of course, in nearly every interview you’ve had, your pal Soligo has been mentioned. So, how do you feel the Soligo you played with in Academy compares to the Soligo you play with now? Does playing with another person like that for so long have its advantages?

FakeGod: Yeah! He’s a very easy person for me to talk to because I’ve played with him for my entire career. We know how each other thinks pretty well. So, there’s that level of understanding in-game. But, at the same time, since we’ve been playing for such a long time and learning together, we can both sometimes encounter situations we don’t know. So, that can be an issue in itself since instead of it being like 1 out of 5 don’t know this, it’s 2 out of 5 don’t know this. So we have to overcome that together. It can bring a bit of awkwardness sometimes. But, if one of us gets it, we’ve learned how to break it down from the other’s perspective which helps us catch up.

Thinking about your growth as a player, the community has seen you as a rising star on this roster. And I get the sense that eyes are on you to take a big step forward for the Summer Split. In that previously mentioned preseason interview, you said ‘the amount of practice you’re putting in feels very weird’, do you feel at this point you’ve become a fully realized LCS player and have adjusted to the demands of the LCS?

FakeGod: Why’d I say it like that?! (Laughs) I don’t even know what I meant by that now! But, I’ll just say it. I’m not sure yet. But, even if I’m not, I’m going to play confidently, try my best, and try to get to Worlds... And of course, win it when I get there.

To get a bit self-reflective, what aspect of your game do you think has grown the most over the course of your time with DIG? Do you think you have any traits that separate you from the pack of LCS Top Laners?

FakeGod: Kind of in line with that communication thing from earlier, I’d say my individuality has grown the most while being on the team. So, getting the team to follow my plans when I’m strong or in control versus me just following them, ya know?

In terms of me versus the rest of the LCS? I think my teamfighting is pretty clean and amongst the best of the Top Laners. I think I showed out the most when I was on Gnar, so I’m a little proud of that. I’d just watch me teamfighting and can’t help but brag like, “Oh wow! I’m so good! That ult was great!

So, fully getting our eyes towards the Summer Split, how has the preparation for the split differed from the Lock-In and Spring split? (If at all.) And what are your personal goals and expectations?

FakeGod: Preparation right now isn’t too different. Spamming solo-queue to get the hands prepared and a sense of what’s strong. We’ve been playing scrims leading in, so it’ll be the same as the other tournaments.

As far as personal goals, my personal goal is to just play better. I want to make myself more separate from other Tops in the League. I know I’m good, but I feel like I need to show it more on the stage than I have been.

Taking a quick look towards the meta, do you think that Riot’s proposed Jungle changes are going to affect the Top Lane Meta much should they hit live? Or do you think the stable of Gnar, Renekton, and GP are going to remain as tried and true as ever? Do you have any picks that aren’t currently viable that’d you like to see become meta?

FakeGod: I think Top Meta has been getting a little weird, especially through MSI with picks like Lee Sin coming in. But the Jungle changes mess with full clearing speed a little bit, but I’m not sure how that will change the meta there. And unless those changes force forward entirely new picks up, it should be the same overall, minus those weird ones like Nocturne and Lee.

As far as pocket picks? Well, I can’t just reveal that! I gotta keep that secret.

What are your thoughts on Gwen? The reception seems a little lukewarm for her right now. Do you think she has the potential to be pro-scene viable and does she bring anything to the table that’s currently lacking in Top Lane?

FakeGod: She’s an AP split-pusher, and I like to think of her a lot as an AP Fiora. But unfortunately since she's just AP Fiora, she’s not that great of a blind or flex. So, when I think of her in the pro scene, I think of her as an AP counter-pick against Tanks.. Besides that, I don’t think she’s too viable since Fiora herself isn’t so viable. Gwen just feels awkward to draft for, and you’d really have to try and force her in draft. And I just don’t think that’s worth it.

That’s all I have! Do you have any personal shout outs or plugs you’d like to toss to close us out?

FakeGod: Thanks to all the fans! I’m really excited about the split and I’ve got high hopes for it. We’re still learning, so it’s really cool to feel the hype when we’re doing well and all the support when we’re in rough spots. I hope we go beyond what we did last split and make everyone proud!

Be sure to follow FakeGod during the Summer Split on: 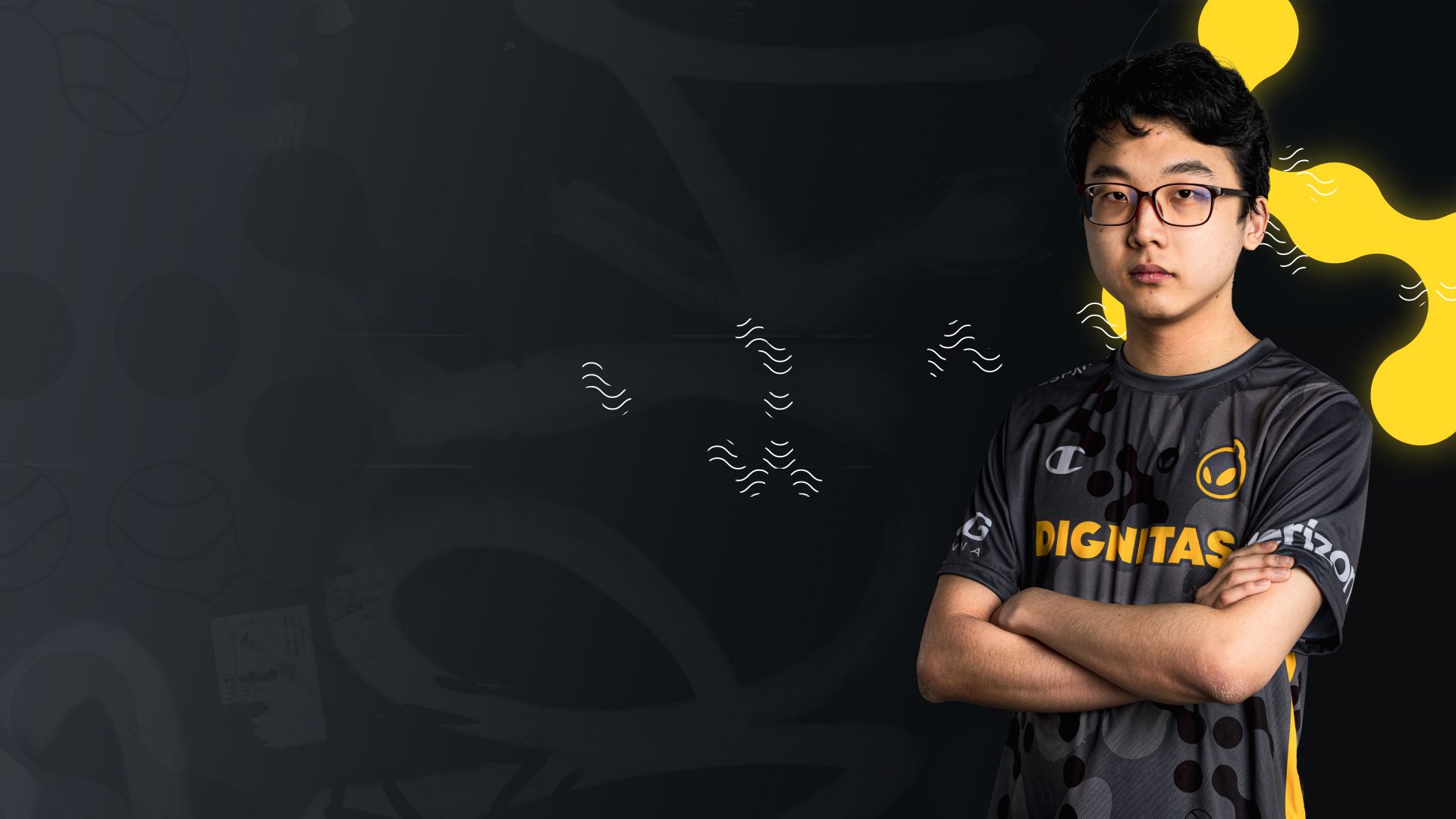