There are only so many effective ways to improve your gameplay. Two major ways you can improve your gameplay are playing the game and watching games. Playing the game is the only way to improve your mechanics and get live action practice against other people at a similar skill level. Watching games can allow you to find habits that good players make or allow you to see the mistakes you are making during a game. Watching professional games allows you to see some of the highest levels of gameplay and see what the best players are doing to win. VODs also allow you to see different perspectives and matchups that you may not have a great understanding of. Watching VODs also prepares you to play the game since you may be able to learn a new mechanic or new way to play a matchup that you would not have known beforehand.

It is important to be able to identify your mistakes since you do not want to build poor habits and you want to be mindful of what you are doing during the game. If you only constantly play the game without looking back at your mistakes, then it is extremely easy to build bad habits and eventually plateau at a certain skill level. You may be able to note your mistakes during the game, but you can easily forget them as the game progresses. You can pause and rewind when watching games, so if there are areas of importance you are able to review them as much as you please. Watching games is analogous to studying for a test while playing the game is taking that test. You can study as much as you want before the test date, but it is up to you to prepare yourself for the test.

The way you review VODs can give you different perspectives and it is important to know all the different methods.

The most known method to review games is through the League of Legends client in the Match History section. Those replay files are only available for the patch they are played on, so if you are going to use this method make sure you review before the replay expires. These replay files allow you to see the entire game and see how other lanes were occurring compared to yours. There are also various settings available in the replay system such as adjusting Fog of War and seeing gold income of everyone in the game. This can allow you to see how the enemy may have been playing out the lane or setting up certain plays. This method can be useful to get a general understanding of what happened in the entire game and see what other people were doing in comparison to you. 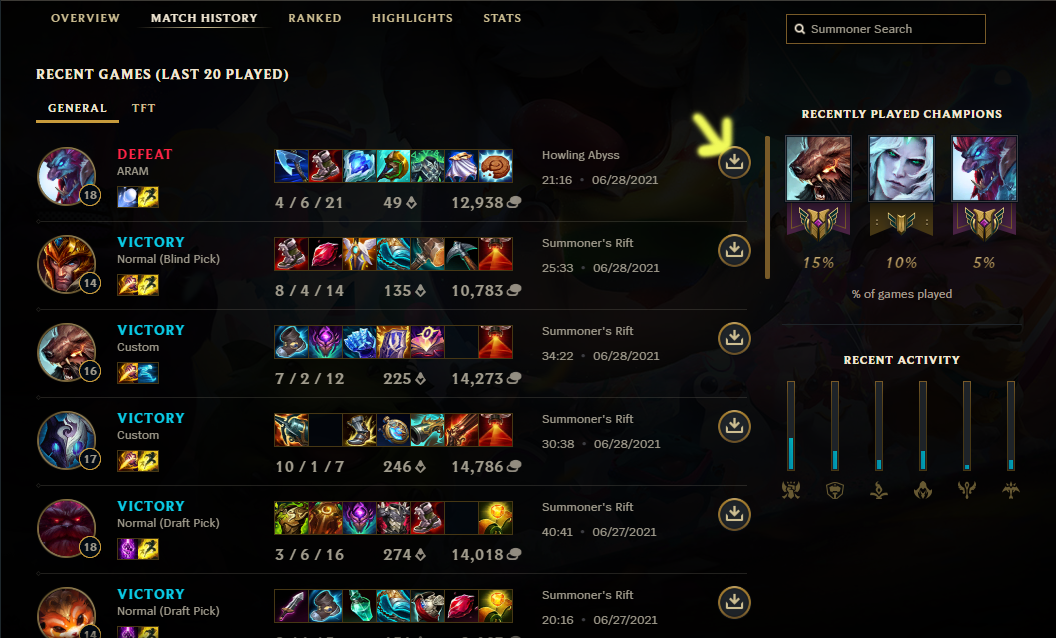 Recording replays through a third-party program

The next method of VOD reviewing is recording your game perspective through a third-party program. This can be done by programs such as OBS Studios or BandiCam which are easy to set up. Before Riot introduced the replay system in 2016, the only way you could review your games was to record your own perspective. While this may be the older method, it is still vastly different from the in-client replays and gives an entirely different perspective. Recording your own perspective is the only way to see everything you were doing during the game. This means you can see what you were looking at during the game and see how you were physically playing the game such as where you were clicking or how you were trying to move. This method can be important since it shows you what you were doing and can give insight on some of your thought processes. Another feature you can do with this method is you can record your voice and commentate your game as you play. This way when you go back to rewatch the game, you can know what you were trying to do at each moment and reflect on if those decisions were correct or not.

The final way to view VODs is to watch someone else’s game. Watching someone who is better than you at the game is a great way to learn new mechanics or pick up good habits without needing to go through all the experimenting and error. Two Youtubes that have thousands of replays are Challenger Replays and Lol Korean Pro Replays. These channels have replays of professional players and endless matchups on various patches. These VODs are not through the players screen, but it still shows what high level players are doing to win and it is up to you to determine why they do those things.

The LCS recently brought back Pro View for the Summer Split and there are at least two free point of views every game. This is a great way to see what pros are doing during important games in a stressful environment. You are also able to watch multiple points of views at once which can allow you to look for differences between players and see what styles most like yours are.

What to look for when reviewing VODs

When going through a replay, it is important to not be mindless watching the game since it will be difficult to learn without knowing what to look for. Some basic things to begin with are looking at points where there were kills. When rewatching these moments ask yourself some questions such as, “Were any cooldowns wasted?” or “Was this kill honestly worth it in the long run?”. After looking at these, you can also split the game up into sections of early, mid, and late game.

When watching the early game, you can look for moments where trades occurred in the lane, moments where you fell far behind, or how you are farming in lane. When looking at trades, ask yourself if a potential kill was missed and why it may have not happened at that moment. When looking at spots where you are far behind, ask yourself what caused you to fall this far behind and is it avoidable in future situations. Farming is a big part of the early game, and you can review if you are properly setting up your minions and manipulating the wave in ways that punish your opponent. The mid and late game can blend together, but some things you can look for are if you are missing farm in side lanes and jungle or if you are late to objectives. If these are occurring, then ask yourself why you were not able to get the extra gold or why you were late to an important Baron fight.

Another important part of games to review are teamfights. Teamfights can be incredibly chaotic during the game, and it can be difficult to take all the information in at once. Look for what you are doing in the teamfight and compare to what your team is trying to do. Are you trying to run when your team is fighting? Are you hitting a different target than your team? Are you properly applying crowd control? After seeing what your team is trying to do, you can then try to see what the goal of the enemy is. Are they going for your team's carries? Are they trying to bait out spells? By understanding what the enemy is trying to do, you can then learn how to counteract it.

When looking at another player's gameplay, you are trying to identify the things that you do differently from them. Observe things such as how they are taking trades, how often they trade, and how they manage their resources. This type of VOD review is less about looking for mistakes and more about looking for learning opportunities. Another analogy for this is your gameplay is your test that has some mistakes, and the higher skilled player’s gameplay is the textbook example. You may not have an exact copy of the textbook in your work, but you want to try to get as close as possible to the textbook.

Other important things to note when reviewing VODs

All VODs have value whether it was an awfully long game resulting in a loss or an easy win. While there may be more things to learn from and correct when looking at a loss, you do not want to overwhelm yourself on the negative aspects of the game. Try to also find the positive things you did in the game since there should always be something you did well in each game. When looking at wins, try to see if you can win even harder or faster. There may be some smaller mistakes that you overlooked since you were so ahead during the game, but it is important to correct even the smallest of mistakes. Taking notes when reviewing a VOD can be helpful to sort out your thoughts and you can always go back to look at the notes in case you wanted to refresh on some things. Taking notes can also make sure you do not overwhelm yourself when looking through the VOD. There are endless things to look for when looking at a VOD, so focusing on VODs in certain sections can be helpful.

VOD reviews are a great way to improve your gameplay and learn new aspects of the game. There are various VODs available to review and multiple ways you can learn from a VOD. Now it is up to you to start studying up and continuing to get better at League! 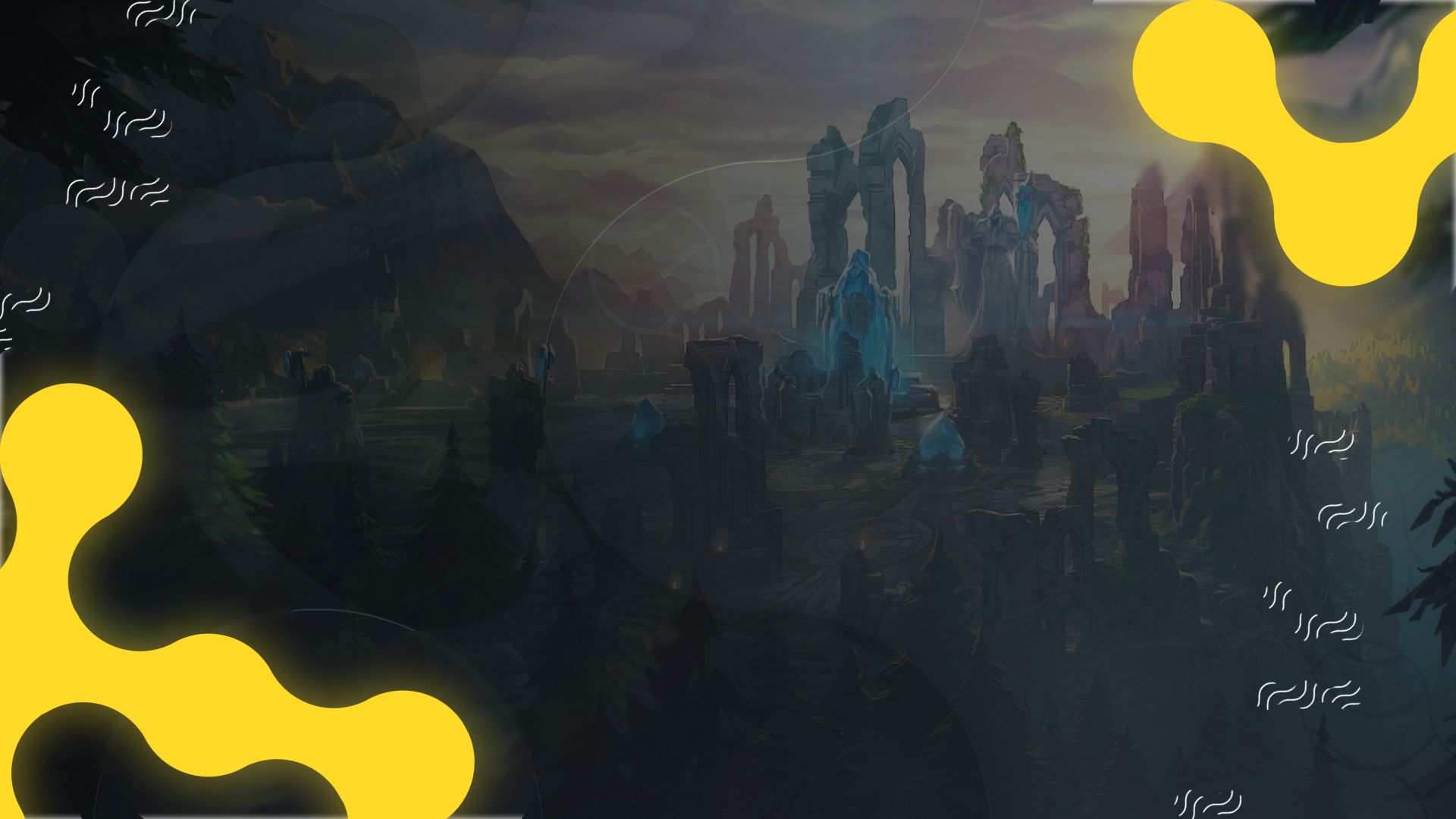