The Fortnite Champion Series (FNCS) is well known as Fortnite’s most competitive online tournament in any given season, allowing players from each region to compete for a share of a $3 million prize pool.

In this article, we are joined by Dignitas Fortnite player and former FNCS champion Lucas “Dukez” Cardenas, who has some advice on how to perform well in the tournament.

Tips and Tricks for FNCS

FNCS is a competition that is open to members of the Champion League division, meaning that you are competing amongst the best players in your region. As such, it is imperative that you take steps to improve your own gameplay in order to find quality teammates.

What you need to focus on depends on what your weaknesses are. For instance, if the mechanical aspect of the game, such as building, editing, and aiming are your weak points, focus on improving these mechanics through the Creative game mode. Improve your fighting ability by playing Arena and build your game sense by playing as many scrimmages as you can.

I played a lot of Creative Mode to get better at fighting. Then, I worked on bringing those skills into the game so that I was as good in-game as I was in Creative Mode. I followed that up by playing a lot of scrims to train my game sense.

To help you improve in creative mode, we recommend using the HyperX Pulsefire Core RGB Gaming Mouse (now in PINK). With 7 programmable buttons, you can optimize your building shortcuts and see a lot of improvement early on.

Since the game mode for this season’s FNCS is duos, and will be for the remainder of 2022, it is imperative to find yourself a teammate. Discord servers are popular resources for finding teammates, including East Open Scrims, KNG Scrims, and more.

Developing chemistry as a duo is critical to finding success in the FNCS, and to do so, you must build synergy with your teammate through playtime. Common ways to develop chemistry with your teammates include playing Arena, scrimmages, and reviewing gameplay together (colloquially known as VOD reviewing). Some duos also find success in building a training routine together, utilizing tools such as Google Calendars to program training into their weeks.

Chemistry is super important, you can play around your teammate, and they can play around you. Occasionally, you’ll find someone you click with right away, but most of the time you need to build chemistry over a longer period of time.

Putting in the effort to prepare for FNCS will pay dividends when you start. The first step to preparing is figuring out the best ways to play out your games. Typically, you will see that pro players start their first game up to 10 minutes after the tournament begins. Since FNCS tournaments are ELO based, meaning you will be placed into matches with players at a similar score as you, you are more likely to encounter easier competition by waiting up to 10 minutes as many of those players have died in their first match.

Some players also like to play an extremely aggressive first match, racking up as many elimination points as they can in the easier lobbies. However, this method is not for everyone, and you are better off playing within your means.

For open tournaments, there’s a big skill gap in lobbies. Usually, there are a couple of teams a good head above the rest. I personally w-key almost the entire time until we’ve died a few times. If you’re a worse team, play slower, you need to play at what you’re capable of doing.

The biggest advantage you can have in the early moments of a game is to land at your target first. The best way to do this is to utilize the website CoPilot, which lets you draw the path of the bus and mark a location, and then reveals the glide path to take. 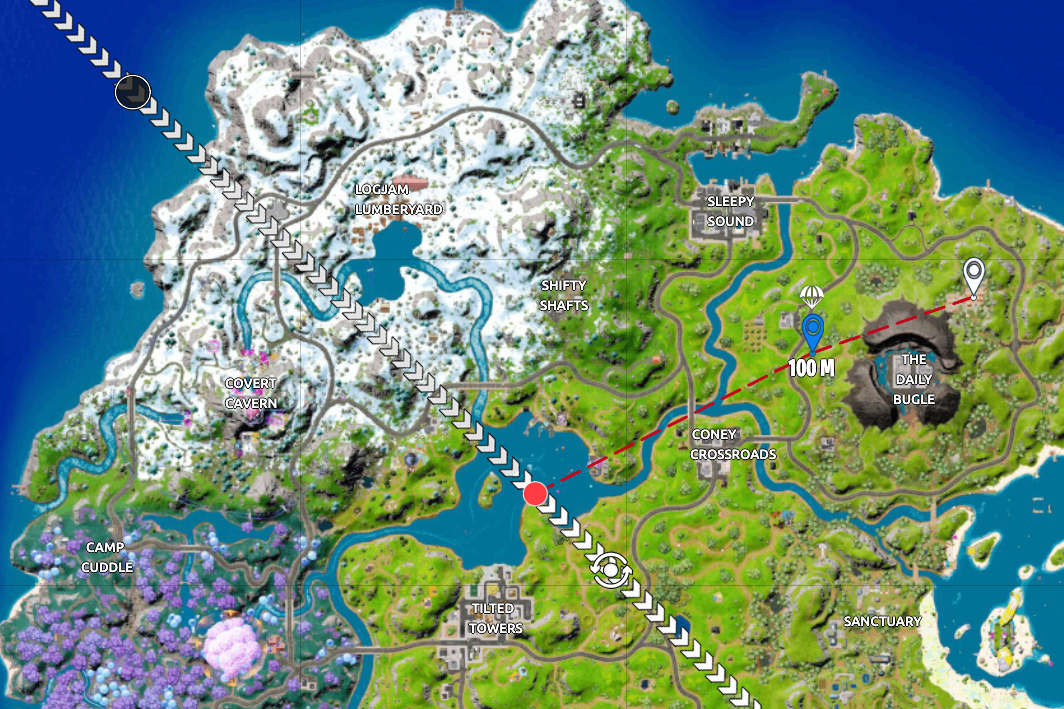 The next most important factors in an early game engagement are materials and shield. Try to avoid fighting until you have accumulated at least 150 health and shield and 400 total materials. Having a material and shield advantage will reduce the risk of dying to uncontrollable factors.

For our last tip for early game, it is important to understand the context of what other players are experiencing in the game. For instance, if you are fighting someone inside of a building, and they have a wall between you and your opponent, you must understand that your opponent likely does not have many materials to work with. As a result, they are likely to make an aggressive play on you. If you keep this idea in mind, you will be surprised by the additional eliminations you will gain by waiting patiently with your weapon out or canceling a pickaxe swing to bait an edit from your opponent.

The middle part of the game starts when you leave your spawn zone and along your looting route on the way to the next storm circle. During this time, it is wise to rotate along what we call the “dead side” of the storm circle. This is the side closest to the edge of the map, where the lowest number of players are coming from. This means you’ll approach the final circle from a less contested area, increasing your odds of making it to the end.

Rotating along high hills and mountains is an additional benefit as they allow you to scope out your rotation, as well as look for damage on opposing players in more competitive games in which storm surge may appear.

Scrims are an excellent way to practice your end games as they closely mimic tournament gameplay. When playing scrims, pay close attention to what layer you select (high ground, mid-ground, low ground), in addition to the elevation of the map at that point in time to review if that layer was the correct layer to play based on the given terrain. For instance, if the terrain is pulling uphill, you should pay attention to that and adjust your layer moving upwards accordingly. On the contrary, if you notice that the terrain pulls down, try to take advantage of this by claiming the low ground, so long as the terrain does not eventually pull in a high ground area (in which case, playing the mid-ground would be ideal).

Another topic you should practice is getting refreshes, which means stocking up on ammunition and materials. The best way to do this is if you get the drop on other players and take their items from them. If you are at the front of rotation towards a new storm circle, you will have great angles on the players behind you. Many players that are on the backside of a moving zone are often in that position because they are lacking materials, making them an easy target for an elimination. Another sneaky trick is to utilize pre-edits to sneak into another team’s tunnels, surprising them from behind their tarp.

Understanding the game is critical! Pro players are smarter than you imagine and it’s a big skill gap that is still growing. It’s easily the biggest difference between regular players and pros.

Always consider what you will do in the best- and worst-case scenarios. Planning ahead will allow you to make decisive decisions, which saves you precious time that would have otherwise put you in a precarious situation. For instance, if you are in a half and half zone, and see a hill nearby, your best-case scenario might be to instantly claim that hill. If the zone ends up pulling far, perhaps you plan to fire at old bases to see if anyone is still there, allowing you to identify a safer rotation.

Whether this is your first FNCS or you are a seasoned veteran, I hope that you have learned something new from the guide. Remember, if you do not perform well in the first qualifier, you can learn from your mistakes and apply your learnings to the next qualifier.

Play more than others. When you’re not playing, others are.

Don’t forget to get the right gear for the job. We recommend the HyperX Pulsefire Core RGB Gaming Mouse, which is a very affordable yet high-performing gaming mouse supporting up to 6200 DPI. In case you want your setup to look slick in real life, it is now available in different colors such as pink!

Best of luck to everyone! 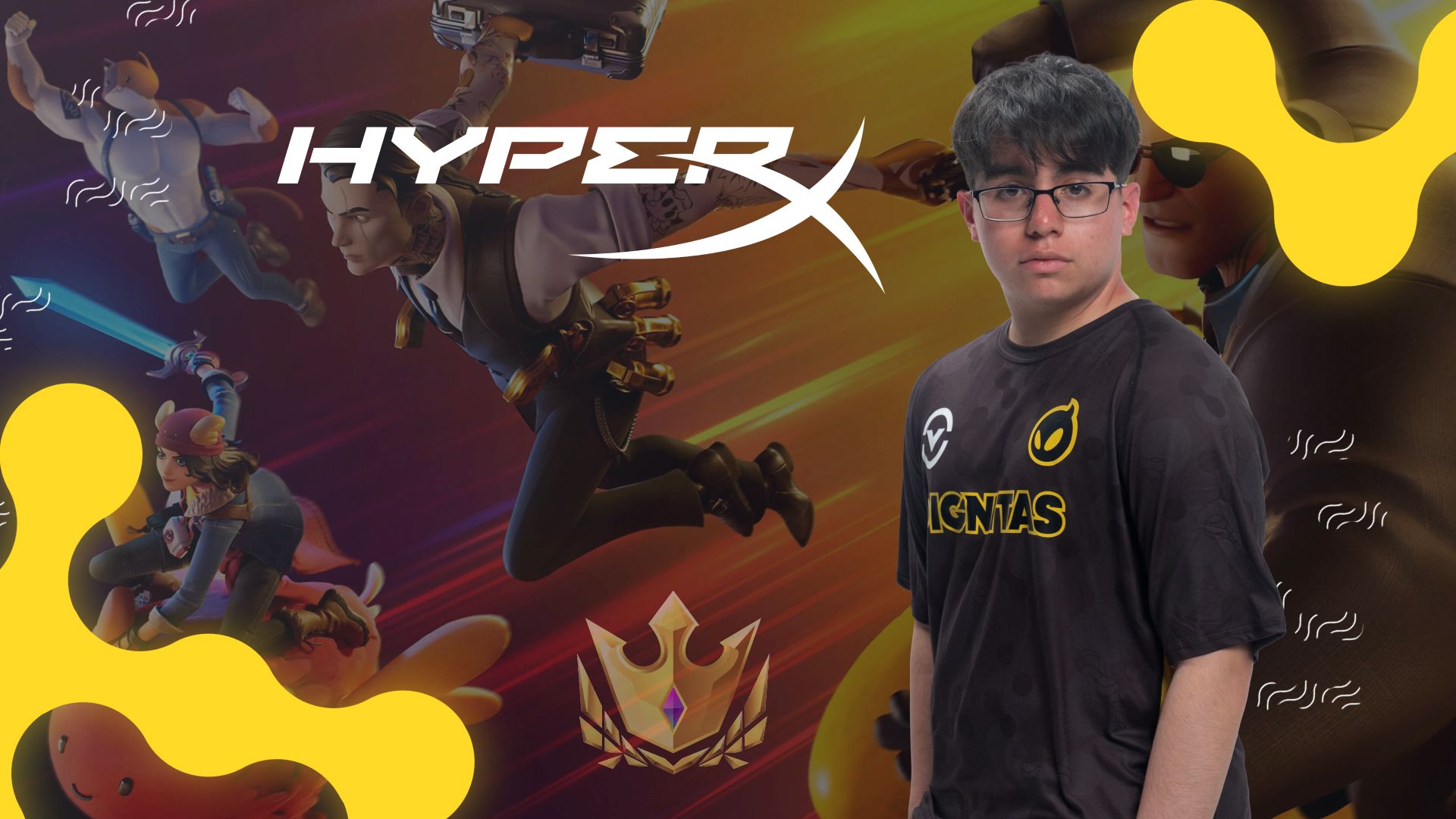