Overpass is, for some people, the best map currently in the competitive map pool of CS:GO, whether that is by being one that needs good coordination to be able to defend effectively or just by liking its unorthodox layout, with bombsites almost stacked on each other, long lines of sight, and a bombsite that allows for the CTs to be more aggressive than any other map.

This article will help you improve your A Bombsite defending abilities as a CT, give you a few tips, and hopefully help you understand why it is better to be aggressive on the bombsite that’s also the CT Spawn.

To help me compile this article, I’ve had the help of none other than Patrik "f0rest" Lindberg, a legendary Counter-Strike player, so many times referred to as one of the greatest players of all time, now playing for DignitasVIE.

Why is the A Bombsite on Overpass such a versatile map to defend?

The A Bombsite on Overpass is one like no other - not only is the CT’s Spawn in it, it is actually better for the CTs to be aggressive for several reasons, which I’m going to cover next.

You can be super aggressive, medium aggressive, and even play defensively. There's a lot of different positions and scenarios that can be played out on the A site and that you need to be aware of, and you need to pay attention to a lot of movement or even sound cues. There's really a lot of stuff going on that A site.

You can cover a lot of ground before you can actually encounter any Terrorists on the map and those forward positions are generally easier to defend and allow for the rotations from B to reach the bombsite on time in case you actually die. Also, as f0rest said, if you play aggressively, you can actually get much more information, which can let the players on B know what’s happening around the map.

Nevertheless, it’s a high risk, high reward map to play for the CTs, as it can be amazing if you’re on a good day but also be really punishing individually on an off day, as f0rest was also quick to say:

I believe Overpass is a coinflip map regarding the CTs. If you're confident enough and you're on point on a given day, playing aggressive CT is going to be demoralizing for the Ts as they are not going to be able to get any map control on A with the CTs picking them off before they even reach the Toilets or even midway through Toilets, which makes it impossible for them to even set up and execute. If you're on point, aggressiveness is really good. But if you're not on point, it can look really silly doing it, because you're going to lose out on duels, you're going to get timed, it's a give or take situation.

Be aggressive, help your team get map control

Playing aggressive helps not only on defending the A Bombsite more effectively, but it can also help to get a quick rotation to B from Connector, which, on the right timings, can get you to flank your opponents that might be trying to enter on B.

Due to all these nuances, and because the rotations are super fast for the CTs, information plays a huge part in having an effective CT side. That’s one of the reasons why it’s a very teamwork-heavy map, it’s why you can’t really rely solely on individual plays. 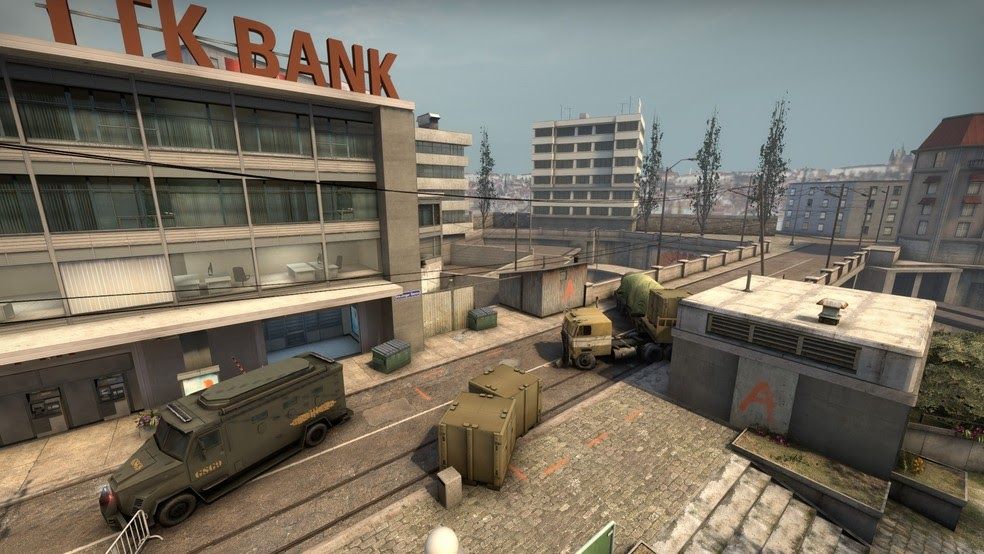 By being aggressive, you also unlock lots of possibilities for yourself even if you end up dying a few times. Let’s say you play close to Fountain on the first round and you die. You can then switch positions and still be playing aggressively. There are so many positions you can hold from while playing forward on A - near Party, Underground entrance, Bathrooms’ Door, even the back of Bathroom. You have many possibilities to explore in the 15 rounds your CT side can last, which means almost a different spot every round.

Being the position that f0rest is playing in DignitasVIE at the moment, I’ve gone and asked him what makes a good Bathroom player:

For me, is by having a really good aim and confidence in yourself that you're going to be able to take one with you before dying, or even two, three, or four! It's a very aim-dependent position, you've got to hit your shots and be able to roll off that. I can give you the example of REZ, from NiP. He's a really good CT player on Overpass, his aim is incredibly good and he's meant for that position, I think it shows from his games!

The Bathroom is also a position that, if played well, you can get a few peeks, maybe one or two kills, and retreat relatively safely. You can also easily smoke yourself to give you more space to work. Both Banana and Bathroom are tight chokepoints, which means that almost any smoke will cover the entire way for you to retreat.

Even if you end up dying, your top priority is to relay the information to your teammates so they can rotate from B as fast as possible if needed and reach the bombsite before the execution starts - remember, that’s why it is so important to play aggressively on A of Overpass.

Let’s look at some scenarios!

Let’s say you decide to play on Underground alone, leaving Long alone because you want your teammate playing on Bathrooms or Banana to help you with a possible push. Where do you want that teammate to be?

If you have Underground control, it's good for the other player to be holding Banana or Bathroom so that he's somehow covering the playing Underground, by not letting anyone go down from A. Also, that player can even flash for the Underground player if they're taking middle control towards the Bathroom allowing him to peek. In the end, I think that playing close like that is better while leaving Long open for the B guy to rotate if he's playing safe and hold it from the Bombsite.

I’d pay close attention to the last part of what f0rest said: communication is key and if you’re about to be left alone so the player on Bathrooms can retreat, remember that he can try to flash your opponents pushing so that you appear from Connector and get one or two. But be careful, as it’s not uncommon for at least one to be coming from Underground or have one of the players that are pushing on A to try and take control of Underground from the middle.

It really is a game of timings, well-placed utility, and good communication. 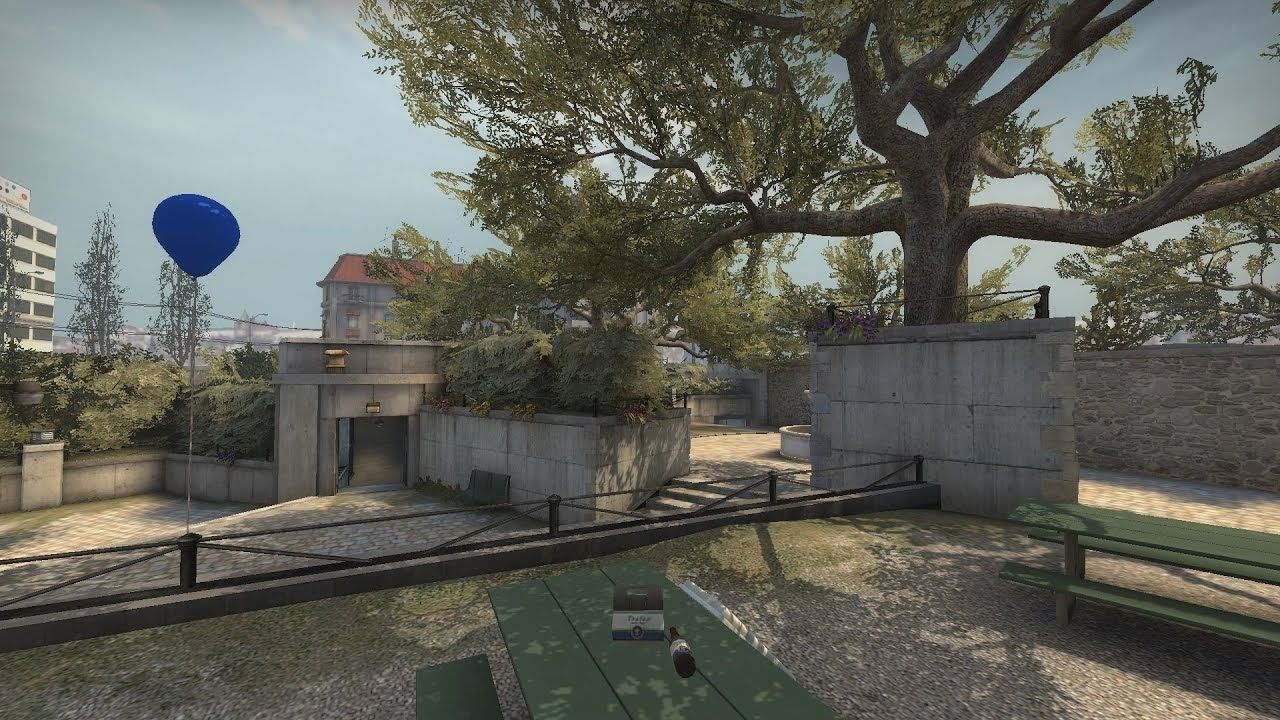 And what if you’re being pushed by both sides of Underground and your teammate is unable to cover you, where should you take the fight?

I would definitely go for a 1-on-1 duel and where you will most likely find that is by going and fighting the guy Underground. From there, you can call your teammates to help A because you're stuck and can't really help by going up to Banana again. Hopefully, I would win the duel on Underground and if B is safe, I would go there and help cover it while the guy's had already rotated and switched positions mid-round.

Naturally, these types of decisions (e.g.: where do you go in a situation like this) depends on your gut based on the information you have. If the player playing on A with you calls for some players pushing, the possibility that there is more than one in Underground is reduced, but it does not mean it cannot happen.

These types of judgments are also something that will improve round after round for you, once you get used to your opponents and their game style.

And what if you actually get pushed back into the site and are forced to defend from there?

Playing defensive on A Bombsite is one of the hardest strategies to pull off on Overpass, because if Ts do a full execute you're going to be eating a lot of Grenades, a lot of Flashbangs, but at that point, hopefully, you're going to have rotated someone from B and, if you're fast enough, I would recommend pushing them back with Flashes before they can actually start getting into the Bombsite. Try to take those duels before they can close on you.

Naturally, there are a lot of ways you can tackle this challenge, but f0rest stays true to his premise on this map - the solution is being aggressive, but only if the rotation from your teammates is fast enough that it allows for a semi-secure retake on Bathroom’s entrance.

If you get stuck on the bombsite, try to use as much utility as you can for your advantage. Either smoke Long so you can have one less entrance to worry about (still remember that a smoke grenade is not a wall, they can push through it), smoke close to yourself so you can play around the edges, and make sure to flash as much as possible to delay the take and shove some precious seconds of their own smokes.

It’s a map that, with practice, will become more and more comfortable for you, but it’s also one that rewards the players that have team strategies laid down, even if they’re relatively basic.

I would definitely try and start off super aggressive and get comfortable playing that way, even though you'll have games where nothing will go your way and get you frustrated. Try to get yourself in scenarios where you go aggressive and play around those angles in Fountain, play around Party/Balloons, Underground... put yourself in aggressive scenarios, practice them a lot, and once you get comfortable there try and find different setups you can do with the other player defending with you, whether that is a double setup on Long, Toilets, Underground, you can play off of each other!

This is the last tip f0rest gave to those players that really want to improve on their game while defending the A Bombsite on Overpass!

Make sure to follow f0rest on social media to stay up to date with him and the team!

Thank you for reading this article! You can reach out to me for feedback or suggestions via Twitter. 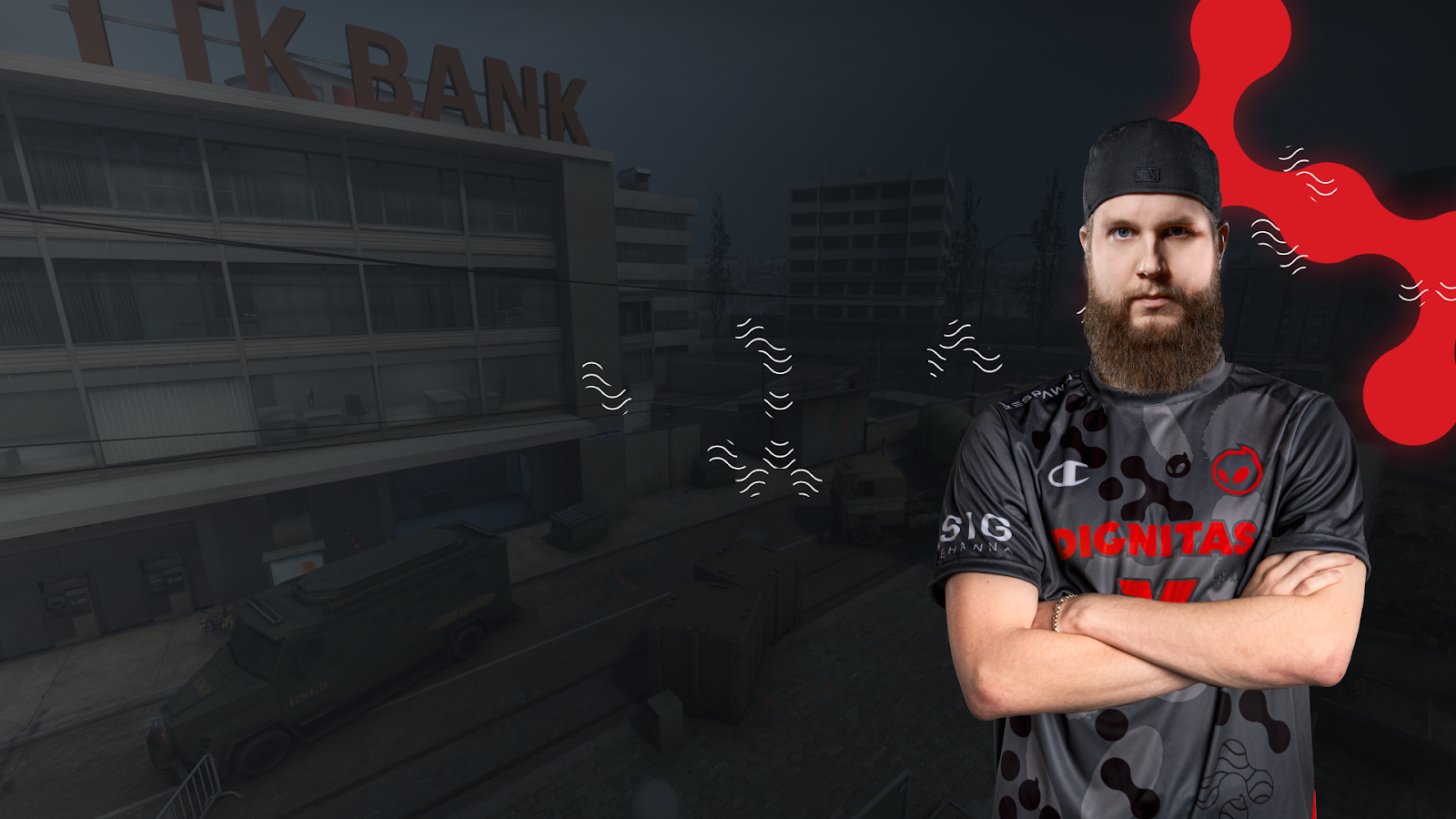