Out of all the agents on VALORANT’s expansive roster, there aren’t many who pack as hard of a punch as Raze. The damage-focused duelist is one of the strongest characters in the game and brings far more tools to a team composition than almost any other agent on the roster. In fact, Raze is so strong, that a discussion has flourished around her as of late, marking her among the best agents in all of VALORANT. Many players would even go as far as saying that Raze stands head and shoulders above the roster as VALORANT’s best agent — no questions asked.

To help break down exactly why Raze stands out as VALORANT’s best agent, we asked Dignitas’ newest member of our VALORANT squad and resident Raze player Stefanie “Stefanie” Jones to give some insight on what makes the character so powerful in the current meta.

Raze stands out from other duelists in her ability to deal an immense amount of damage with her abilities. While other duelists such as Jett and Phoenix bring utility through dashes and flashes, Raze is good for one thing above all others: damage.

I’m pretty confident that Raze is the best agent in VALORANT. I think she’s always going to be in the top two when it comes to Duelists. She’s definitely always going to be impactful in future patches because of how strong she is against certain agents like Cypher and Killjoy.

Certain characters on the VALORANT roster, such as Sova and Phoenix, tout a lineup of abilities that can all perform different tasks like damage and utility, but Raze is the only agent in the game that has four surefire ways to get in the enemy team’s face and deal a ton of damage in a short amount of time.

In conjunction with standard gunplay, Raze can bring a whole lot more damage to an encounter than any other agent in VALORANT. Specifically, if there's a trade between Raze and an enemy player, the Raze player can take a quick breather to get out of sight and unleash a few abilities to keep the enemy team on their toes. If all someone expects to do is outplay someone based on pure gunplay alone, they’ll be caught off-guard when a barrage of grenades, Boom Bots, and Blast Packs start to emerge from beyond a sight line. 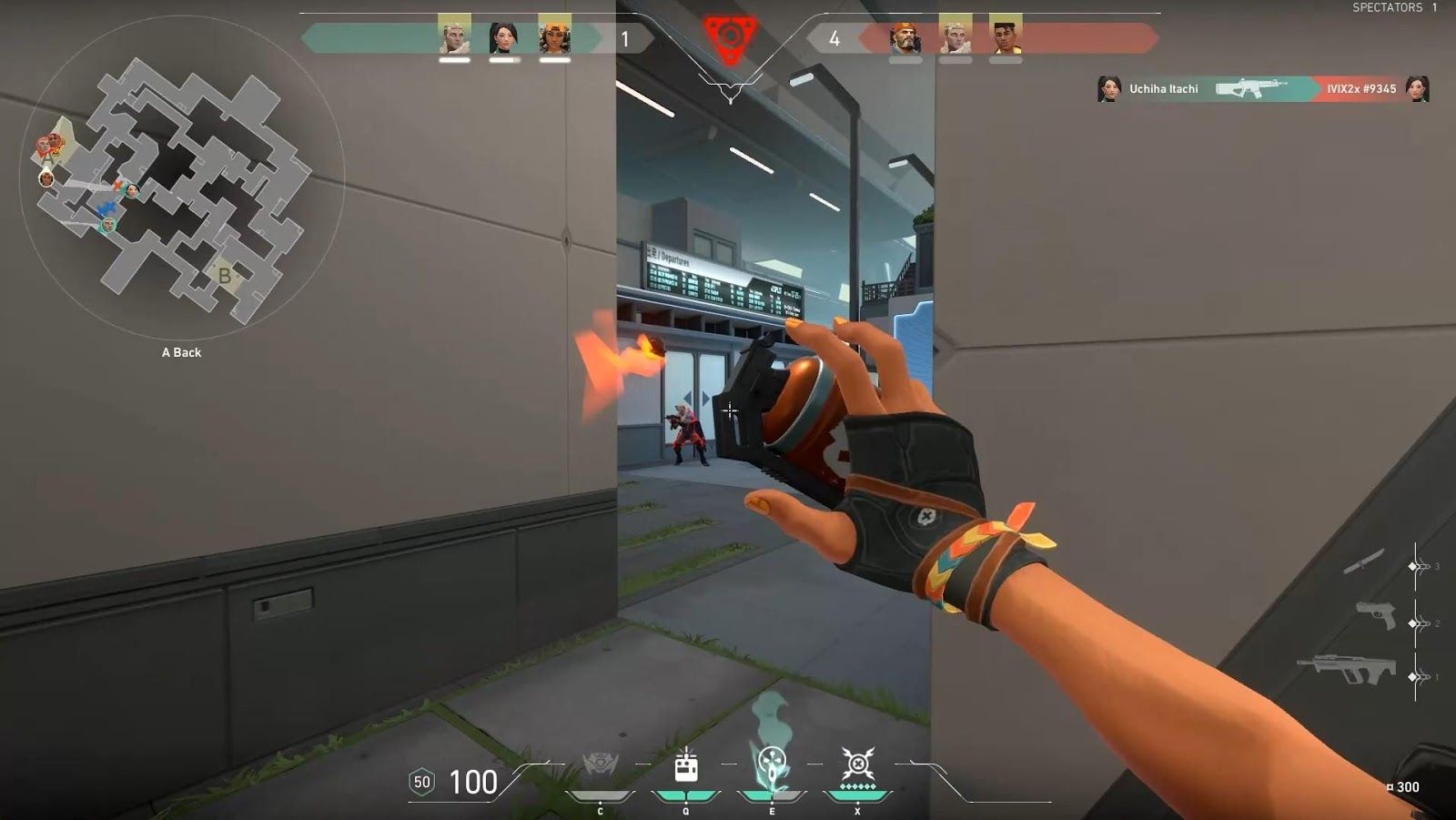 Speaking of Blast Packs, Raze’s Satchel is a fantastic way to close the gap between yourself and an enemy player. While Raze doesn’t have a built-in dash like Jett, she still has a ton of mobility at her disposal thanks to her Blast Packs.

She’s really good at getting onto sites with her Blast Packs and once she’s there, she deals so much damage.

Try to utilize Raze’s Blast Packs in conjunction with her other abilities. You can make the most of them with her grenades when you throw your grenades into a corner and force the enemy player to move, setting you up for a potential straight shot with your Blast Packs and a much more advantageous angle. Additionally, if you utilize her Blast Packs in conjunction with her ultimate ability, you’ll be able to close the gap on an enemy player once you’re privy on their location and fire a much easier shot at them with the Showstopper.

Unlike most agents, Raze relies on her abilities to supplement her damage. Although she can definitely hold her own as a duelist when it comes to only utilizing gunplay, you’re going to want to mix in her abilities whenever possible in order to deal damage to the enemy team. You’ll be dealing far more than any other agent in the game when playing Raze, so you might as well make the most of her abilities whenever you can.

As far as grenades go, there are common spots where people play on each map. Just throwing your grenade in the spot where you know the enemy team is going to push through is the best way to clear the area and get value from the ability.

Perhaps the most important ability to master when playing Raze is her ultimate, the Showstopper. It’s relatively difficult to get a handle on the specifics of the ability, but when perfected, it can truly devastate the enemy team. Start out with the basics: understand how to point and shoot the practical one-shot ability, and from there, mix in some of Raze’s other tools to make her ultimate that much stronger.

Try to use the Showstopper alongside some of Raze’s other abilities. Namely, her Blast Packs will always provide you with a solid boost of mobility when searching for a target to take down with your rocket.

The best way to use Raze’s ultimate is to use it with info from another agent. Try to have your Sova or Skye player find out exactly where the other team is hiding, and immediately use your Satchel to jump out and ult them. Once you know where they are, you don’t want to waste any time.

Another major strength of Raze’s is her ability to completely throw enemy players for a loop on offense after the spike is planted. While she’s definitely strong in a pushing scenario, Raze can also thrive in post-plant situations. 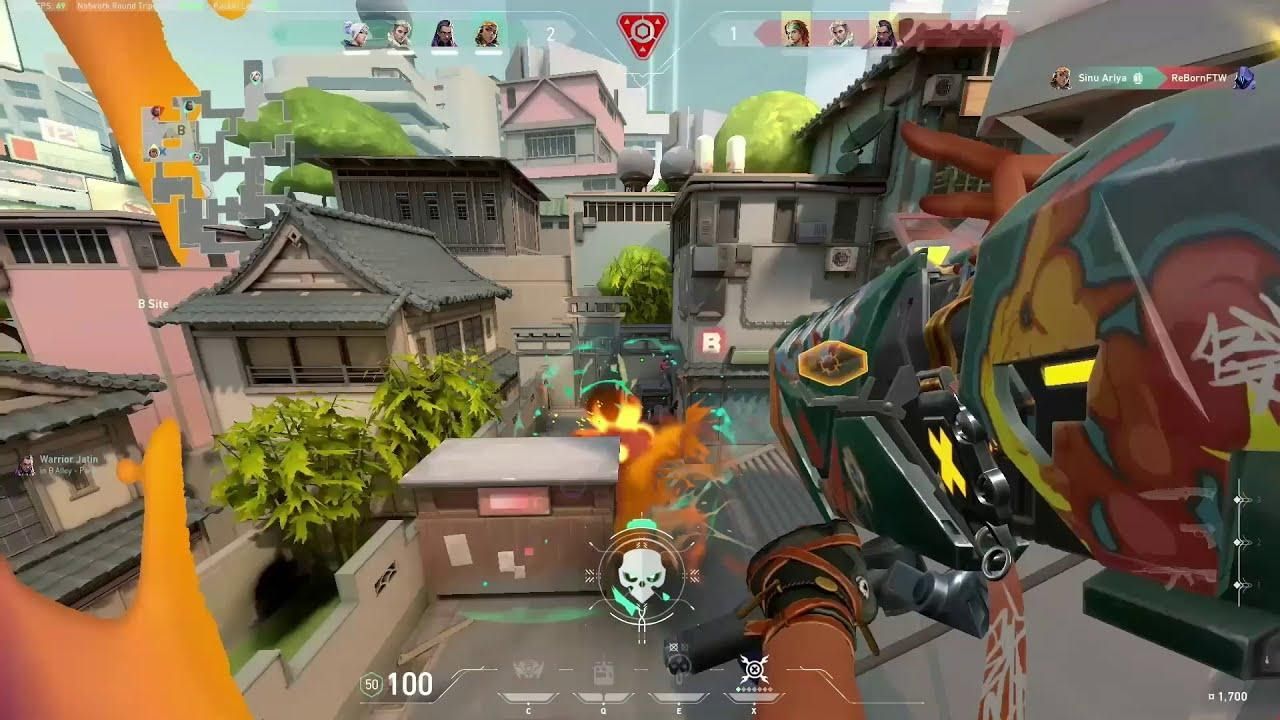 Raze is great in post-plant situations. You can use your ult, hold it for five seconds, and then deal damage with it as well if you need.

While defending the spike in a post-plant situation, try to patiently hold your ultimate ability until you hear enemy players start to walk towards the site. If you’re able to gather intel that the enemy team is attempting a retake, you can use the Showstopper to scare the other team off as you hold your ultimate for a few seconds, while the blast from Raze’s rocket is scary enough on its own,

Raze’s best maps are Bind and Split. There are plenty of tight corners and angles in which you can use your abilities to throw enemy players off guard and catch them out of position. For example, the A-short push on Bind is a great place to throw a grenade at the top of a round while defending, as players don’t have a whole lot of room to move once they commit there

Bind and Split are Raze’s best maps for sure. There’s so many angles on those maps that you can throw your grenades into. Plus, those maps are smaller than others so you can use your mobility abilities like your Satchel to jump around and cover a lot of ground very quickly.

On Split, try to take advantage of the extremely tight corners near Screens and A-Site. Throwing down a Boom Bot or a few grenades into that incredibly small area will surely net you a kill on an unsuspecting, out-of-position enemy player. 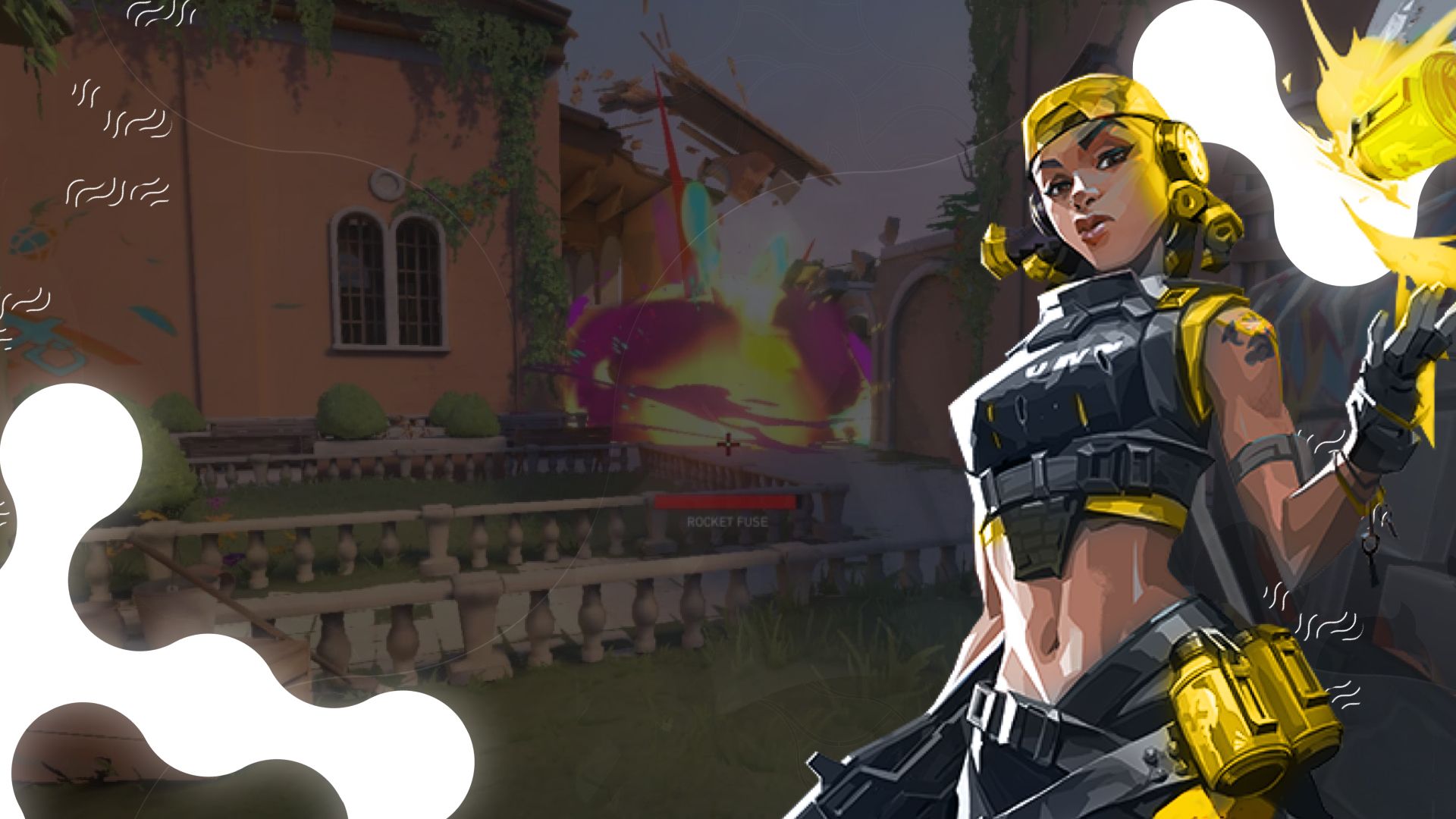