The Return of an Esports Icon

We're ecstatic to bring new life into one of the most historic icons in esports history. ‘Digi’, a beloved logo that originated at Dignitas' founding in 2003, is now reimagined to engage fans through a range of animations to communicate personality and emotions. This rebrand pays tribute to the legacy of Dignitas, and will reinvigorate nearly two decades of esports fans.

The return of Digi as Dignitas’ logo allows the us to have a mascot that better connects with esports and gaming fans. Digi has been brought to life through emotive representation, communicating with players, fans, and the community like never before. The eyes of this new Digi are shaped similar to the Dignitas logo of old, paying homage to and improving upon the original. Digi now can modify its structure to exhibit shape-shifting capabilities, expressing themself through various emotive stills and animations. 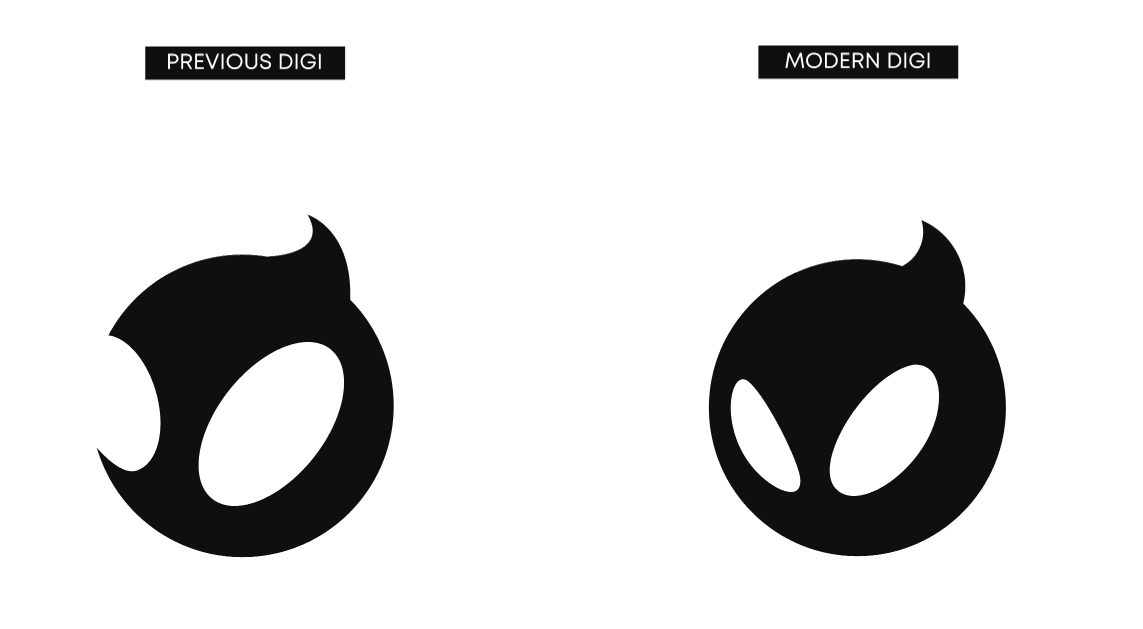 Digi Exists for All. Digi Fights for All

Through continued replication and immense travel spanning the entire globe, Digi has morphed into a larger being who has taken on likes and cultural interests in gaming, tech, music and action sports. Digi is an agender alien nano-technological being, capable of modifying their physical structure. Digi exists to be representative and accepting of all cultures and identities, with a reimagined voice and purpose acknowledging Dignitas’ industry-leading commitment and dedication to diversity and inclusion.

This new mark creates unmatched capabilities for brands and partners. By developing Digi as a ‘living’ part of the greater Dignitas identity, we can curate unique 2D and 3D animations, live broadcast, and other content experiences to embed our partners in more meaningful ways than ever before. 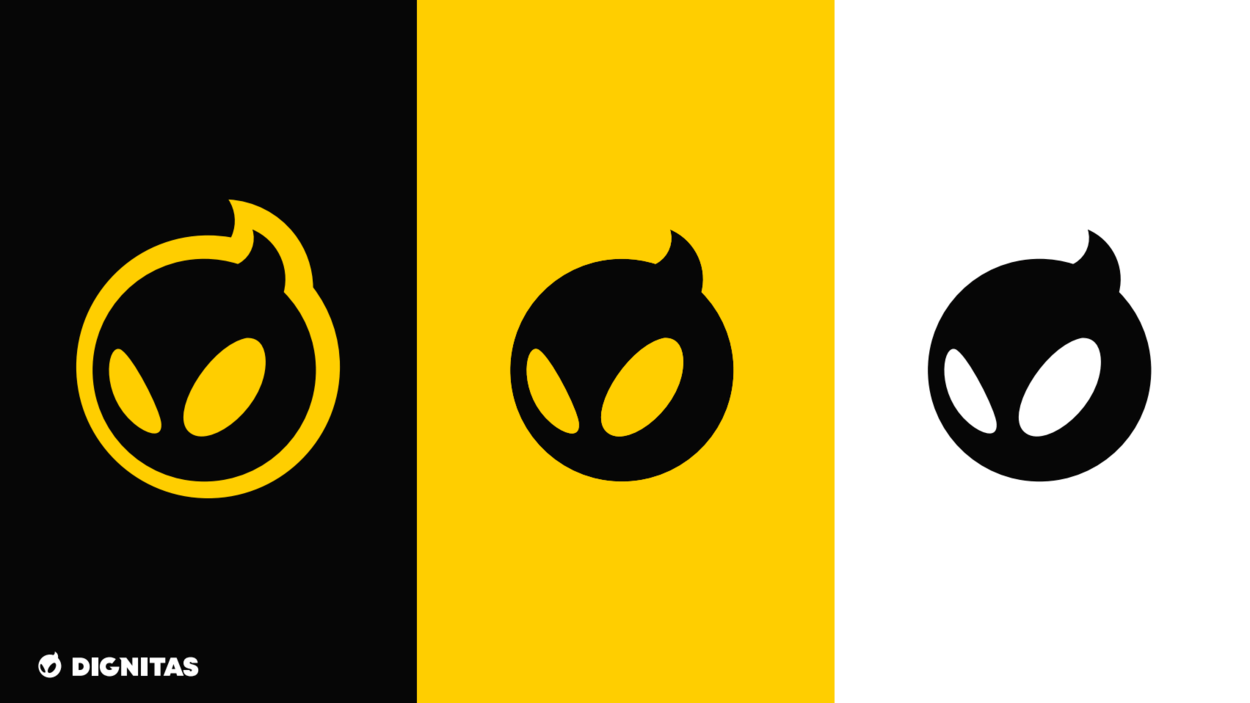 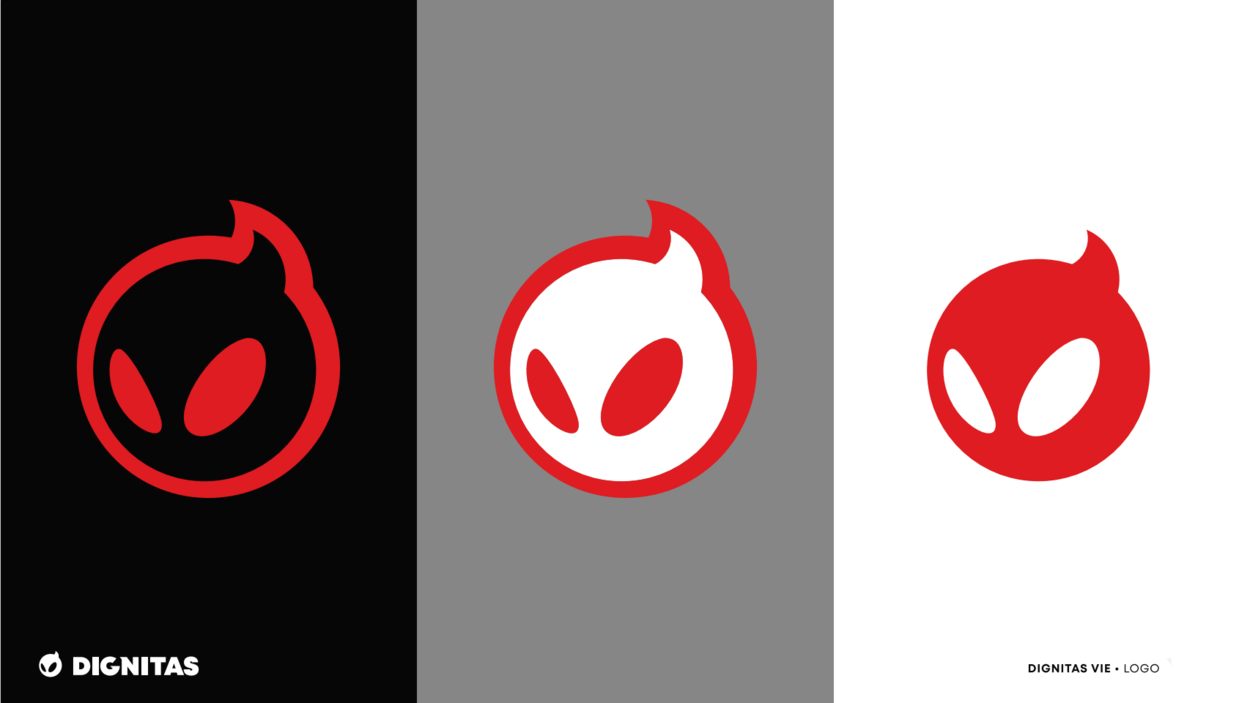 Logo Change: The ‘Digi’ logo has returned and reimagined as a nanotechnological being to shapeshift, brought to life through emotive representations.

Brand Voice: Digi’s attitude is impish, spirited, and passionate. Digi operates through wit and dry humor, allowing the brand to be daring and mischievous.

Wordmark Change: The typeface has been curated to show respect and solidarity with loyal fans of old and new, leaning into a G symbolic of Clutch Gaming, the League of Legends Championship Series (LCS) franchise that Dignitas acquired in Summer 2019.

Hashtags: In addition to the tried-and-true #DIGWIN, the hashtag #Digi will become a primary Dignitas fan and team hashtag to represent and speak to the identity of Digi.

Colors: The classic Dignitas yellow and black have been slightly modified to ensure a more consistent color when printed on fabric. The yellow, black, grey and white colors have been named to represent various pillars of Dignitas and gaming.

The return of Digi is a thrilling moment for the entire Dignitas organization and one we’re confident will excite our current fan base while reengaging idle fans that have long awaited the return of a legendary icon. The reimagined Digi is an original emotive mascot to the world of gaming and esports that will stimulate storytelling and emotional narratives, while becoming an asset unique solely to Dignitas.

In collaboration with our merchandise partner, Champion, we've released Digi-inspired merchandise to celebrate the rebrand. Merchandise is available for purchase on DIGStore.gg (https://digstore.gg). Our official 2021 jersey will be unveiled mid-January 2021 and will include both ‘Home’ and ‘Away’ variants. Starting this year, jerseys will be made available both in short and long sleeve versions.