After hitting the ball in free play for a while, you are pretty likely to want to test your abilities online against other Rocket League players. You may even feel confident enough to try and climb that ranked ladder, but if there’s any playlist that stands out as the most daunting, it’s 1v1. The one where every mistake is punished. The one where every weakness you have is accentuated. However, there are ways to improve as a 1v1 player, and we’ve got one of the best in the business, Dignitas pro player Kyle “Scrub Killa” Robertson, here to provide some insight.

You may think of Rocket League as a team game, and generally speaking, you wouldn’t be wrong. However, getting good at 1v1 can elevate your personal game dramatically, which will in turn make you better in team-based playlists. It’s a great way to figure out areas you struggle in so that you can target them specifically to improve on.

It’s a no-brainer because you’re on your own, so you don’t have anyone to help you when you make mistakes. In 1v1, when you make a mistake and you concede, it’s completely your fault. You can see everything you’re doing wrong, so it’s really good.

It’s very helpful to save your replays after playing 1v1 as well. In the heat of the game you may not notice everything, but when you take a step back and watch your own gameplay, you’ll naturally pick up on some of the cracks. You also don’t have a teammate to deflect the blame to, and as Scrub Killa mentioned, whenever you concede a goal it is entirely on you. Over time, you’ll start to make adjustments that make you better on both sides of the ball and this will make you a much better all-around Rocket League player.

If you want to improve at 1v1, these are probably the three biggest keys to making it happen. Mechanics are a nice plus, but if you’re consistently besting your opponent in these three things, you’re going to win a lot more than not. Let’s start with kickoffs.

The most important thing about winning kickoffs is trying to get to the ball first and then hit the ball in the center. Not only that, but it’s also your mentality. Just have the mentality that you can win every kickoff you go for. If you just really concentrate on it and you consciously focus on it, then I think you’ll end up winning a lot more kickoffs.

Sometimes people think there’s more luck than anything else involved in winning kickoffs, but that’s simply not the case. There are definitely ways to set yourself apart.

As Scrub Killa mentioned, hitting the ball in the center is key here. Don’t just drive up to the ball and flip into it – have some intention behind where you want the ball to be. You want to get as much of the ball as possible because if you don’t and the opponent does, they’re going to end up with an open goal. Remember – there is no one back to cover the net, so you don’t want the ball bouncing nicely for the opponent in front of your goal.

Upon asking Scrub Killa what one piece of advice he would give to someone looking to up their 1v1 game, he said the following:

Practicing your recoveries. Let’s say you go for an aerial and you land really quick and you get back, that’s what separates the best 1v1 players from not the best. If you’re getting really slow recoveries, you’re just going to get punished all of the time because you’re on your own. It’s a necessity for 1v1.

It can’t be overstated just how critical recoveries are in the 1v1 game. If you don’t recover quickly, your opponent is going to have more time, and thus, will be more likely to score. You want to keep yourself in the play as much as possible.

When you land after making a play, try to land near boost pads. Also, try to land with the nose of your car facing the direction of your momentum so that you can keep your speed. This is where utilizing powerslide is a very good option, because you can change direction while not losing as much momentum. 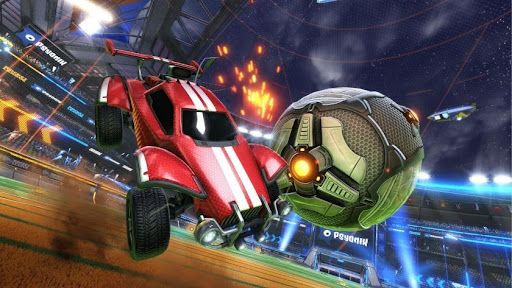 The last of these three critical skills is boost management. Maintaining control over the boost is a great way to make things difficult for your opponent on both offense and defense. Making sure you always have enough boost to work with is essential, and there are ways to make yourself so much better at boost management.

The number one thing is small pads. Try and play a game where you pick up as few big pads as possible and try to get as many small pads as you can. Try and spend as much of the game as possible on 40 boost or more. Try to get more small pads and keep that in the back of your head, it makes a big difference. If you’re playing well and dominating the opponent, you should have all the boost.”

You can fill up on boost quite quickly just by picking up a batch of small pads. When you’re rotating back on defense or pushing up the field on offense, take a path that has a number of pads for you to drive over. Remember – you don’t always need 100 boost to make a play. In fact, you don’t need a completely full tank in most cases.

I really like Scrub Killa’s suggestion of playing a game where the main thing you keep in your mind is boost management. This is a great way to train yourself to always be consciously aware of how much you have, how much boost you need, and what you can do to get to that point in the most efficient way possible.

When to Apply Pressure

One of the toughest things for many Rocket League players is making quick decisions. Hesitation can be a real killer in this game, but sometimes it’s hard to know when you should be continuing to apply pressure and when you should retreat back to defense. There’s no golden answer for this as Rocket League has tons of unique situations that you will encounter, but there’s general ways to get better in this area.

Every situation is different, but really the most important thing is if you can beat your opponent to the ball. If he decides to go, can you just beat him score? If the answer is yes, you always want to keep applying pressure. If the opponent is closer to the ball then you are and he’s in a position to get it past you, you just want to retreat. It’s all about game sense and making adjustments.

Keeping an eye on your opponent’s position is super important in 1v1. If you can see that they are clearly going to beat you to the ball, don’t rush in for it, as this will probably result in a clear cut chance for them. You want to give yourself the best opportunity to make a play on defense.

You also want to be careful of how many risky plays you go for in 1v1. Applying pressure is one thing, but doing it smartly is another.

It comes back to how much you’re committing yourself. If you go for a bounce dribble, you can get a shot on their goal and you’ll be able to get back every time. But if you’re going for a double touch or a flip reset, you might not be able to avoid it. You can only control what you can do, so if you’re going to go for a risky play, then you have to accept that if you don’t score it, you might just concede. In 1v1, you can’t go for a high risk play and not get countered, it’s inevitable.

When you go for a flashy aerial play, it can sometimes pay off. And the better you are mechanically, the more often this will be the case. However, a really good power shot from the ground or a really well-executed flick can be just as lethal, and it affords you the opportunity to quickly get back on defense. 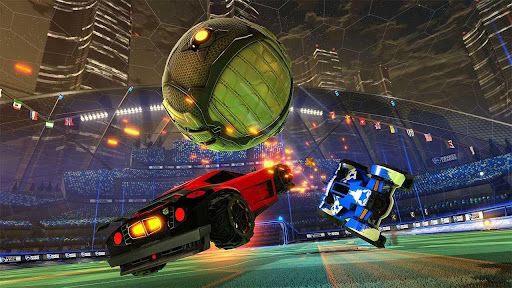 When it comes to 1v1, being smarter than your opponent is what’s going to get you wins. If you’re beating them in the kickoffs, recoveries and boost game while also making generally smarter plays than them, you will excel in this playlist. But, how can you be a smarter player, particularly on offense?

If you want to be a smart player, you want to keep the ball and your car on the ground. As soon as you go in the air with the ball, you can’t do anything compared to what you can do on the ground because you’ve already jumped. So, if you stay grounded, you’re being a threat to your opponent and you can still do anything. If you’re a player that always goes in the air, it’s actually more predictable. Try and stay grounded and try to make your opponents second guess themselves. The most important thing as well is probably mixing your play up. One time, you could have the ball on the hood of your car and go for an air dribble bump. And then, the next time, you jump with the ball, but you just fake it. You’re going to keep your opponent on the ropes if you do that.

Scrub Killa mentions here that staying grounded and going for low-risk, high-reward plays is the best option. Another very important thing he said is that you should mix up the type of shots you go for. If you go for the same thing each and every time, the opponent is going to figure you out super quickly. But, if you’re unpredictable, you’ll keep the opponent guessing, which will make you much harder to defend.

And speaking of defending, being smart on the defensive end is important as well. Perhaps the smartest thing to do on that side of the ball is to utilize shadow defending.

Let’s say the opponent is dribbling the ball and you’re rotating back. What you’re trying to do is drive with them and be a threat basically. A lot of the best players in the world shadow defend all the time. You drive in the same direction, but you make it look like you’re going to cut in, which makes them jump. It’s something that every player should be using.

As Scrub Killa stated, every player should be using the shadow defending method. It’s not something that takes a great detail of mechanical ability, and all it really comes down to is being smart. You’ll be in a good position to not only stop a shot, but cut in to challenge if you see the opportunity arise. Rocket League may be very situational, but this is a smart way to defend because you’ll cover a lot of possibilities.

All things considered, as intimidating as 1v1 can be, improving at it is one of the fastest ways to get better as a player. You don’t have to be a super brilliant mechanical player to be good at it, you just have to master the basics and play it smart.

To close things out, I leave you with a short but sweet quote from Scrub Killa on the best way to practice your 1v1 skills:

It’s pretty simple – you’ve just got to play it! 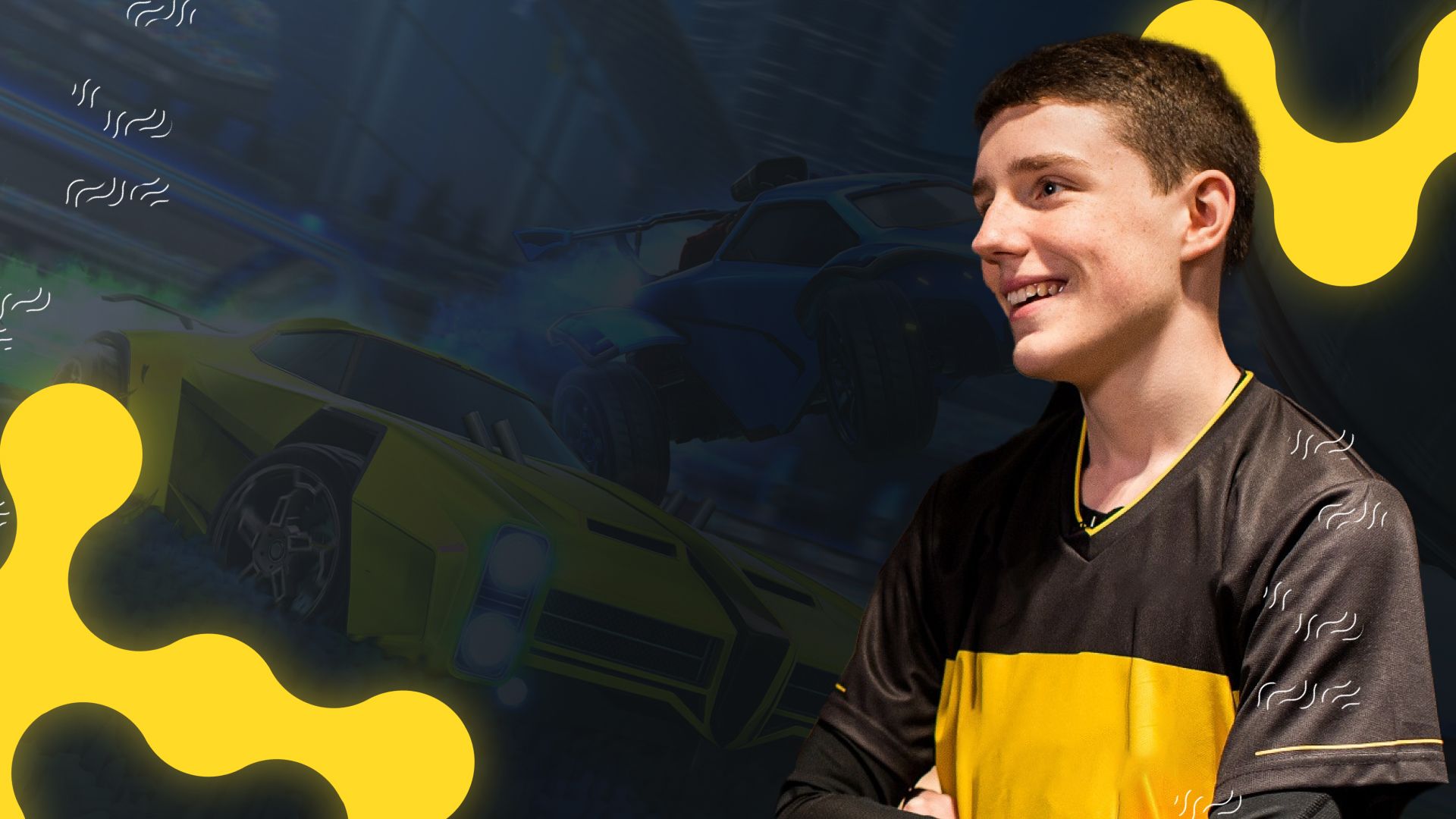