You have just finished watching the majors and are ready for a new full year of Counter-Strike. You have been wondering what to improve on and looked into many sources which all have an underlying message, keep cool and practice your aim skills. This, while obvious and good advice, is definitely not the best advice you can come across. The problem with this kind of advice is that you get a bunch of people who end up grinding their aim on 1v1 servers and specific training maps but never learn the importance of trying to outthink your opponents. This is what the next few paragraphs will attempt to illustrate the fact that good team play can and will beat somebody who can out-aim you.

It is vitally important to keep practicing because practice will improve your reflex speed, aim and get you more accustomed to seeing the smallest of pixel movement. If you do not practice, you will never be able to go full Niko or KennyS, but spending your entire waking hours on 1v1 servers or headshot only servers will get you so far. You have to think of Counter-Strike as an extremely fasted paced and limited chess. You are the player and at your disposal are a few tools, mainly your teammates and grenades. You may know every timing on each map and know where to pre-fire and pre-aim but the problem lies when the opponents figure out your playstyle and figure out that if they take an active approach, like actively trying to seek out aim duels, they will not outplay you, so they will take up a passive playstyle and use their teammates. What does that mean? Flashing each other into peeks, trade fragging, crossfires. You may be the best player in the world but if two players have a 180 degree, one in front one in the back, crossfire set up, there is almost no way you are surviving that situation. You are maybe getting one kill in that situation.

Regardless of your skill, when you play with teammates and have great synergy, you will always perform better because it unlocks capabilities that were not accessible to you without them. Flushing out opponents using flashes and molotovs, fakes, baiting... etc. These will almost certainly give you the upperhand by either getting an unanswered frag or a trade and control of the area. A perfect example of this would be playing against an AWPer. You will almost certainly, assuming the AWPer is decent and is holding the angle, lose to an AWPer when trying to peek, especially if you are unsure of which angle he may be holding. Say you are the next Niko. You might beat the AWPer every time or nine out of ten times, but how could a team counter you? They could take a passive angle or an angle that you would not expect. What does that mean? On Cache bombsite B, they could boost up behind default. There is almost no chance for you to realise that they will do that as it is extremely rare. They could switch up the speed and pop flash and double peek you. You might be lucky and get one kill but almost certainly not both.

There is also an important mental aspect to practicing. Do not fall into the trap of outright thinking you are better than your teammates. That causes tension between teammates and blinds you in the long run. It removes your understanding and willingness to trust in your team. You will start thinking everyone else is the problem and you are the king of the world. That may be true, but you need four other people to play with who you work well with to win anything and if you cannot dethrone yourself for the sake of your team, you are going to have a bad time. Do not underestimate the help you get from your teammates as sometimes, when you get used to it, you play well with the help of your team and just do not realise the impact they have on your gameplay.

Practicing aim will improve you but it can also create bad habits which you should avoid if you want to succeed in a team. Not everyone can be as good as you are and you cannot be as good as some are. Accept this and once you reach a good level of aim, work with your team. Improve your cooperation, map knowledge, utility usage, and awareness. Granted most of these come with playing competitively, be it in matchmaking or third party provided services, but if you keep working, you will become better and maybe eventually hit something big. 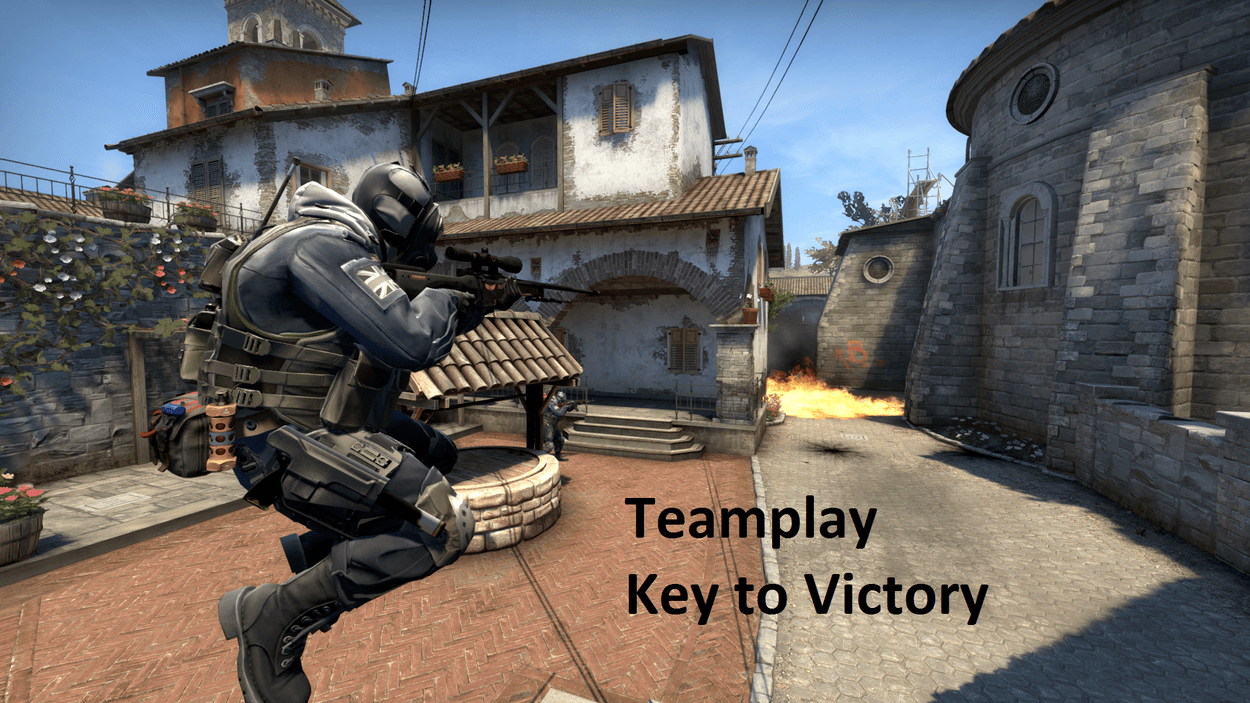