Anyone who has been mastering the intricacies of CS:GO will also be familiar with the excuse that a map is favorable to the other side, even if just to make themselves feel a tiny bit better about playing a bad half. However, are maps still truly CT- or T-sided? And if so, how, if at all, would this affect the way you play the game?

To determine the probability of winning a half on a map, I used the data from all past games played by professional teams in HLTV's database. As I wanted to make sure that only the most recent version of each map was taken into account, the filter was set to only consider games played in the past three months. Using this filter, the stats of nine maps were presented: Cache, Dust2, Inferno, Mirage, Nuke, Overpass, Train, Tuscan and Vertigo.

Since Tuscan does not belong to the actual competitive map pool, I decided to not take it into account. Moreover, as Cache was only played once during the past three months, its data was unreliable and thus also should not be included in our findings. The other maps, however, provide for some very interesting insights. Depending on what aspect of probability you look at, you might even be surprised with the findings.

In March 2019, Valve pushed an update to the in-game economy designed to punish CT-players more harshly for losing a round. Supposedly, this was necessary to compensate for the defender's advantage. It seems like the change definitely had its effect, as the CT-team currently has a higher probability of winning in only four out of seven maps, meaning the odds are in favor of the Counter-Terrorists on just one more map than the Terrorists. However, on the maps where the Counter-Terrorists do have an advantage, that advantage is, on average, much bigger than when the terrorists have the advantage. For example, on Nuke and Train the differences in win probability are the highest, with higher probabilities for the Counter-Terrorists to win of 7.8% and 7.4% respectively. This compared to Vertigo, the map with the highest difference in favor of the Terrorists, which is only 5.2%. While a small difference of 2% may not seem like much, over the course of thousands of rounds these small odds start making a difference.

Before we set out to draw any conclusions from this, these numbers must be put into perspective. These probabilities are averaged out over all the rounds played on a given map. In other words, it disregards many influencing factors such as the loadout of each team, the skill of players and the preferred playstyle of the players. Consequently, while these factors give an indication as to how rounds on average play out on a map, in no way does it tell us more than that.

It is simply a starting position from which a given round can depart, but after which the course it is decided by many other factors. Any recommendations hereafter depart from the idea that the recommendation tells us only how a map would on average play out and what team the map gives a more favorable starting position to. One might argue that every team plays one half on each side, which means that the stronger team should always win. However, one cannot underestimate the (mental) impact of starting the game from a more favorable position compared to having to start on the ‘losing’ side.

If we look at Nuke and Train, Counter-Terrorists have a little over a 7% higher chance of winning a round. Consequently, if you want to play a decent half as a Counter-Terrorist, you should aim to finish the half with a lead of at least 9 to 6. Or, in other words, if at halftime you have less than 9 rounds, just know that in the next half the cards will be stacked against you and rounds will usually be harder to win. On the other hand, a smaller lead will suffice on Mirage and Overpass for the Counter-Terrorists of about 8 to 7. In fact, it seems that Overpass has the smallest difference in win probability of just 3%, while Mirage is a little higher with 4.8%. Since an 8 to 7 score is the closest you can get to a tie at half-time, overall, these maps are almost perfectly balanced, as all things should be.

The same goes for Dust2 (3.2%) and Inferno (4.2%), only then in favor of the Terrorists. Vertigo boasts a bigger difference of 5.2%, which means that preferably you get 9 rounds or more when you play on the Terrorist team. Once again, if you get less rounds than this, this does not necessarily mean you will lose the game. Rather, you should prepare for a half in which your enemies will have a slightly more advantageous starting position, but after which the other influencing factors such as skill take over.

To Buy or Not to Buy

There are some ideas that can be drawn from this. Imagine that you are winning 6 to 3 on Nuke, but due to a round loss and some heavy losses throughout the game you don’t have the money to full-buy anymore. You must decide whether to save, half-buy or force-buy. Considering the fact that you start from an advantageous position and that you have rounds to spare, the force-buy might be the best option here even when on other maps it would not be. On Vertigo, the opposite is true. Consequently, rather than force-buying in the hopes of getting an extraordinary win, the better option might be to do a full eco and set yourselves up for a stronger starting position in the next round, so as to counterbalance the advantageous position of the enemy team. In the eco-round, the focus should be put on introducing the enemy team to the Great Depression and do as much economic damage as possible, while at the same time stealing guns and utility to minimize your investment in the next round. This theory can be applied accordingly to each map.

The same thought process can be applied to the decision whether to hunt for kills or not at the end of a round. If you have a favorable starting position, it might be worth it to risk losing some guns in the process of hunting your enemies to push them even deeper in their pit of despair. If you are in said pit, however, you should do everything to climb out of it by making sure you maximize the potential of your own starting position. Admittedly, this argument diminishes in value on several maps that are the closest to being perfectly balanced. But I would argue there is some value in it on Nuke, Vertigo Train, Mirage and possibly also Inferno.

Finally, these statistics can also provide some direly needed encouragement and mental fortitude. Even if you are playing a bad half, take into account the fact that you might be playing from a weaker starting position and, even if the opposite is true, that there are plenty of ways to counterbalance a stronger starting position. Remember, everything is possible in CS:GO and every single round is a new chance to win.

These probabilities provide for good inspiration for your general approach to a given match. If you start from a favorable position, you can play more risky, aggressive and punishing to push your enemies even deeper in their weakened position. On the other hand, if you start from a weaker position, you might want to play a little more calculated and safe so that next round too you minimize the difference between your starting positions. However, keep in mind that these numbers are not the holy grail to winning. Many other factors will effectively determine the playstyle and approach of you and your team, such as round difference, your economy and playstyle of the enemies. However, these statistics do provide a useful foundation on which you can build the further development of your strategy taking into account those other factors.

Visit our partner Vie.gg for the safest market and best customer care in esports betting.
Must be age 18+ and reside in a country where online gambling is legal. Gamble responsibly 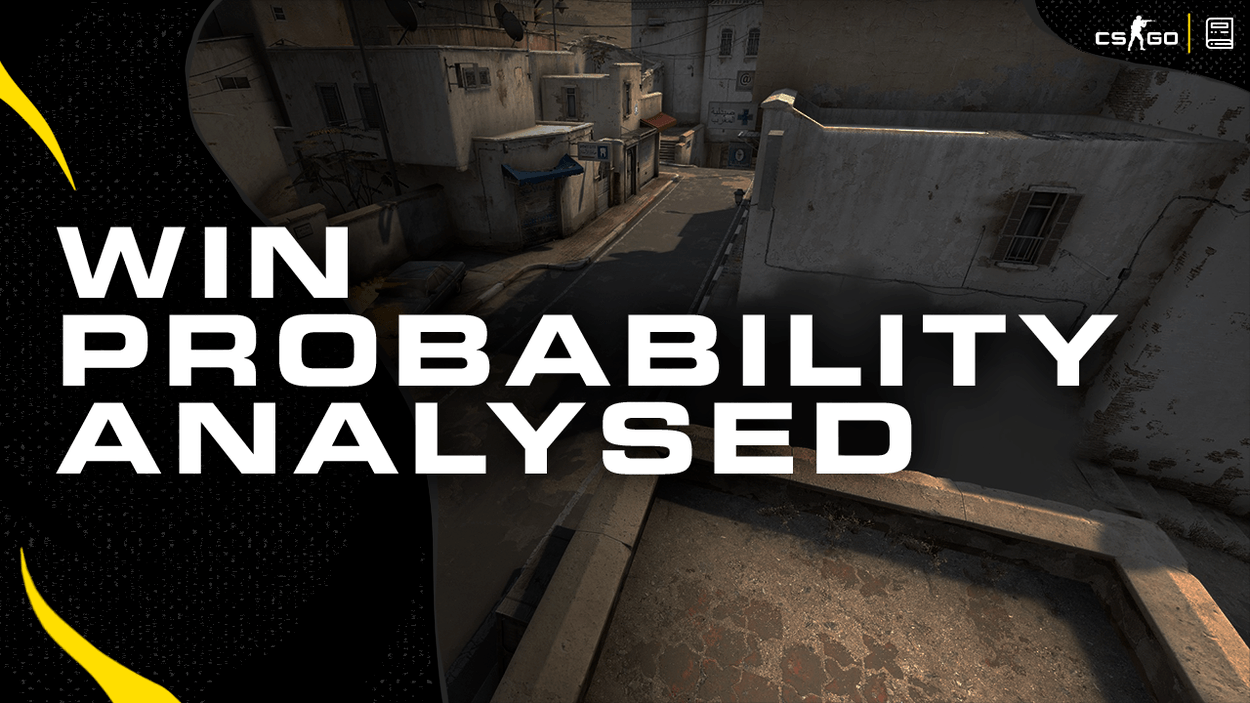