This article is about multiple pop flash spots on the map de_dust2. I'm going to be showing you how to perform these pop flashes and why they can be useful in competitive matches. Pop-flashes are useful because they "go off" as soon as the flashbang enters the enemy's field of vision. This leaves very little time, if any, for the enemy to react to the pop flash.

This flash is very simple, but is still very effective. To perform this flash run the wall. then throw the flashbang and it should blind any terrorists long.

If you are a counter-terrorist and you are attempting to retake B site you can use this flash to blind enemies on the site. To do this flash line up against the hill by B window. After doing this, run towards the hill in a straight line and throw the flash. It should bounce off the hill and go over the wall blinding enemies on B site. This flash is hard to do constantly and does take some practice to perfect it.

If you can't constantly perform the first flash for outside B-site don't worry there is an alternate flash. To perform this flash simply run in a straight line and throw the flashbang off the bump and it should bounce over the wall.

If any terrorists are trying to cross A-long ,but there is a counter-terrorist awping in CT-Spawn this can solve this issue. Line up the flashbang with the line running across the wall and run towards the wall and throw the flashbang.

To perform this flash simply line up the flashbang against the artwork on b-tunnel and run and throw the flashbang.

You can also perform this flash from the other side of the tunnel. If you know that there is someone playing close left side of b-site this would flash them.

I hope you enjoyed this guide and if you would like to recommend any topics for my next guide feel free to tweet them at @MichaelCSGO. 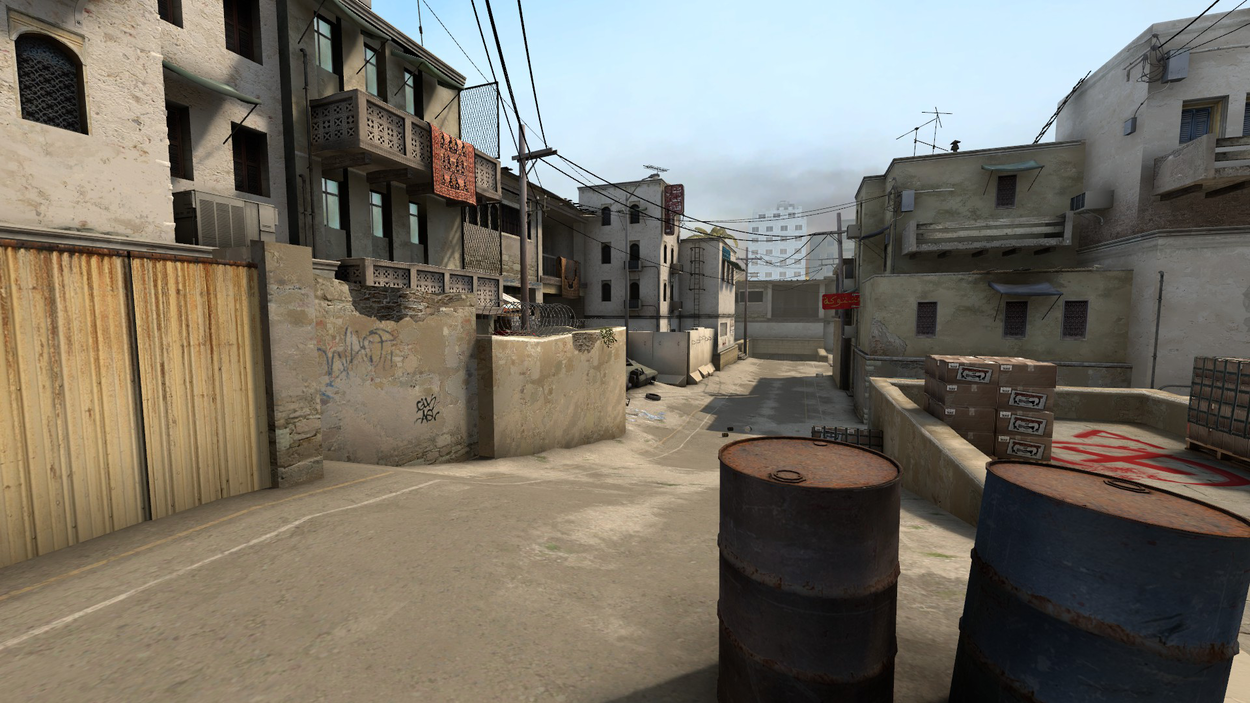