As many know there are 4 core roles to any successful team in Counter Strike (CS). These roles differ greatly in the practice requirements to the brains required. On the brainier end of the spectrum is the In Game Leader (IGL). Shifting towards the more skill based end is the Entry Frag (Entry). In between is the Support and Lurker. These 4 main roles are what make or break any competitive CS team.

An in-depth look at the AWPer by my co-writer Brainstorm.
Another role that has already been covered is the In-Game Leader.

The Lurk is generally a position on T side. The Lurker of any team is the teammate that stays behind the main push of the team. The main aim of the Lurk is to catch rotating CTs of guard as they move from one bomb site to the other. However the Lurk should always do what their IGL tells them to do. This is vital as this keeps team chemistry together as people are not arguing within a team, as well as lets the IGL call 5 man pushes onto site or 5 man executes onto a site.

Before a game begins an important step for any Lurker much like the IGL is to do homework. What is studied depends heavily on what the map is as well as what the style of the IGL is. If the IGL of the team likes to do 5 man executes onto a site, the Lurker should do their homework on the required smokes, flashes, molotovs and pre-nades to be thrown onto site. If the IGL is much freer with what they call, a Lurker should focus their research towards the CTs. How do they rotate, when do they rotate, what path they rotate from (Under different circumstances as it can change).

It is vital that any Lurk player knows what the end goal of the round is so that they can buy accordingly. If the IGL calls that an execute will happen, be sure to make sure that you have the required grenades for such a call, as a round can end badly if a player miss buys. It is important to not only be focusing on what the IGL is saying but to also visualise what you will be doing throughout the round. Will you be Lurking in Upper B Tunnels (Upper Dark), somewhere near Mid, or somewhere near A. You need to be able to know in your head how the round will progress. Is the other team on ECO, are they likely to rush or aggressively push once the other bomb site has been taken. These are all important things to keep in mind, as they will determine what ranges you should play at where you should lurk/hide while waiting for the rotate. For Example, if you know that the other team will be ECOing, it would be unwise for you to engage at close range, within the one shot range of the pistols.

The Lurker mid game should primarily be focusing on the other team more so than their own team, however it is important to keep track of where you own team is as well as the coms. The Lurk should be situationally aware of the enemy team’s whereabouts. This comes in two ways. There are two types of Lurkers: The Passive Lurk and the Aggressive Lurk.

A good example of an aggressive lurk is n0Thing from Cloud9. n0thing will often be seen waiting around the entrance of a bomb site, for an unexpecting CT to push out. Once his team has taken the bomb site, and he is sure that the other team has completely rotated away from the site, he will clear the site and get any straggling CTs in the back, before continuing on to join his team on the site to help defend. He will often come from behind a CT trying to retake the site to help his team out further.

A good example of a passive lurk is Get-Right-A from Ninjas in Pyjamas. Get-Right will often be in an obscure location, passively holding an angle waiting for a CT to push him. Get-Right will often stop CTs before they get a change to rotate, by killing them mid rotate. He will often follow behind the rotating CTs to stop them from retaking the site.

The Lurker mid game should primarily be focusing on the other team more so than their own team, however it is important to keep track of where you own team is as well as the coms. A bad lurker will ignore their team and end up in a 1vX with the bomb down in an irretrievable place, thus costing the team the round. A good lurk will start to push behind the rotating CT forces, if bomb was dropped within sight of a CT. A good lurk will be left in a round with a 1vX with less than 3 enemy players alive. This is the optimal period for a lurker to be in, especially if the bomb has been planted.

If it is known that an IGL likes to make a lot of calls to do 5 man executes onto site, or 5 man pushes, it is important that the Lurker now becomes the secondary support player, and assists the both the support player and the entry fragger. This is vital to make sure that the round goes according to plan and no mistakes happen. As if an entry fragger goes down heavily tagging the defending CTs but no trade happens, the support player has not done their job.

Following either a successful or unsuccessful game the lurk should approach his IGL and Coach (If the team has one), and ask if during certain rounds what he did affected the round productively or not. Any feedback is useful as one should go over what was said to them and practice to incorporate what was said. A lurk should always change up where they hide as it can often become predictable if the lurker hides in common spots or places he frequents often, as the other team will have also done their homework.

The Lurker can also play a major role on the CT side as well. If the Lurker can sus out the other team’s lurker mid game, it can be significantly beneficial towards their own team. This can help to cut off the T side Lurker before he has a chance to make a difference in the round. However on CT side the lurker should focus solely on defending their bombsite from the Ts, as not defending a site properly can do more damage than a luker.

Improving as a Lurker

If things as a lurker if things don’t go to plan, your lurking keeps failing, don’t give up, keep practicing and alter your hiding spots to cover a larger range. The biggest benefit to any player is self-criticism, you need to be able to find the flaws in your strategy, and you need to work on it, to remove the flaw that you have found. Do not be afraid to talk to your IGL, and switch places with someone else on your team if you are finding difficulty remaining hidden, as a new lurker can spin the bottle in a completely different way. 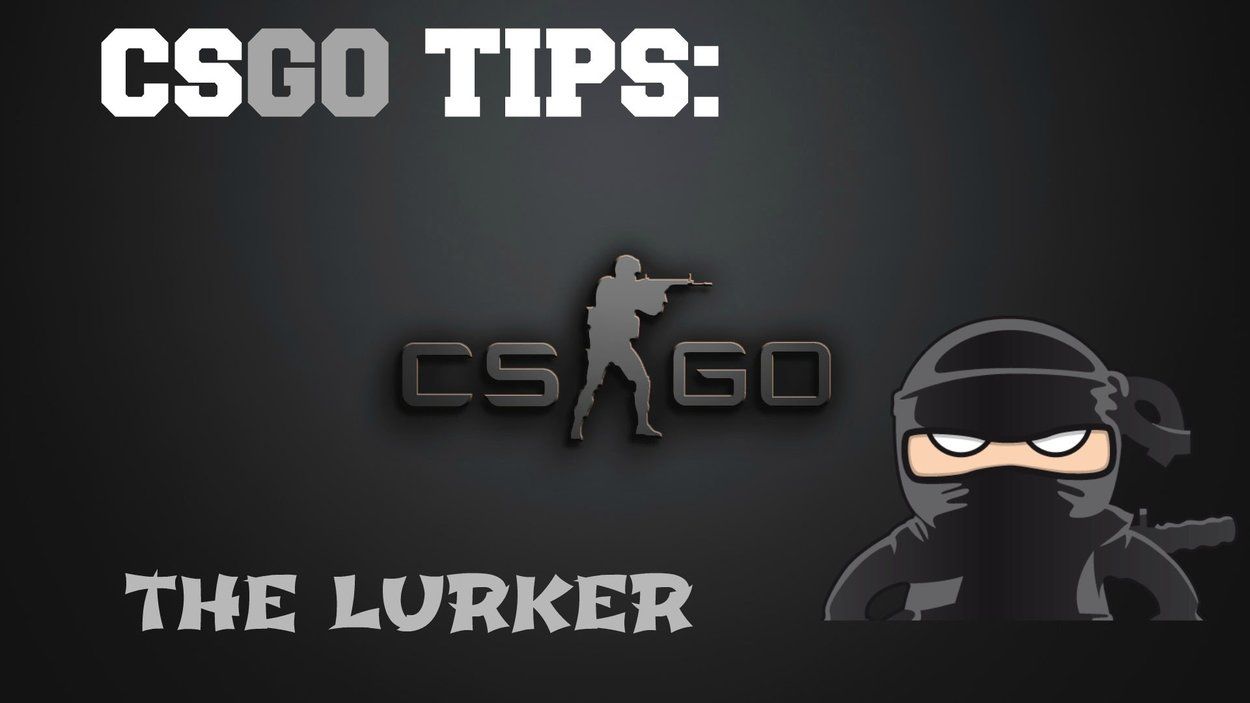