In Heroes of the Storm, the goal is to destroy the opposing team's Core. It doesn't matter how you do it, but the idea is to get some sort of advantage to help you push towards it. The biggest advantages the game provides are Map Objectives. This guide will help you get maximum value out of your advantages, camps, and Map Objectives. Let's see what you can do on three maps available in ranked play modes.

Siege Camps are mostly used as a distraction during objective phases or to counter the pressure from the other team. These will get a lot of value if you can stall long enough during the Tribute collecting phase. If you see the enemy team clearing the camp, you can engage on the objective. Knight Camps can also be used as a distraction, the spell armor provided by this camp makes it a strong tool for pushing with your team. A Boss is unusual in the early-game phase, since your team is still weak and your foes have low death-timers, meaning it's easier to get your boss stolen.

You should fight for the Tributes, but not at all costs. An early Curse gives an advantage for sure but it is not as impactful as later in the game, you can afford to take trades. Simply pushing on the opposing lane or getting camps to defend the enemy's Curse will overall make you even. If the enemy has Heroic Abilities and you do not, do not fight for the Tribute, take your Boss to negate the Curse if you can. If you do get the Curse, push in every lane to get as much experience as possible; structures and kills are nice, but experience is your priority!

Siege Camps still hold the same role except if you steal the enemy camp, this can be a much bigger distraction as it is directly going to the Keep's towers! Knight Camps start getting value, since your team can now focus on pushing with it. This is when you get the most value with your team. With a Boss for each team on the Map, it is either a response to the enemy's Boss, a major distraction, or a game finisher. To get value out of a Boss, you either need to push with it or get something else done while the enemy team is clearing it. For instance, if it's safe, you can get a Boss right before the objective spawns to secure a Curse.

Talking of it, do not use the Curse to get camps early, you need to push those lanes to apply pressure everywhere on the map, get as much structure damage as possible to maximize the experience you get, and empower your advantage as experience is still the priority! After getting a lot of structure damage, you can retreat during the end of the Curse to finally get camps safely, since the enemy still needs to defend the minion waves. You might want to do the Boss at the start of a Curse, but the only time you should do this is when you can do it quickly. Usually, you want to fight for the Tribute before all. If you get enough kills during this phase, you might want to start the Boss before collecting the Tribute, but usually not after.

Siege Camps get scary at this point and they should be dealt with as soon as possible, the same goes for catapults. Knight Camps are still the same, but it is your team who is scarier with the spell armor. A Boss will now push very hard and needs to be defended. You will most likely accompany your boss to push with it towards a keep and possibly the core. Tributes by themselves are irrelevant, only fight for them if a Curse is at hand. A Curse this late in the game is either extremely destructive or game ending. If you get a Curse and have a Boss close to you, you could potentially end. But you should only do it if the lane it goes on is opened for you to finish the game, otherwise it is still a waste. If you do not think you can end the game with your Curse, try to get all Keeps you can take. This will give you constant catapult pressure and you just have to wait for your enemy to make a mistake while avoiding doing so yourselves.

Camps are distractions, ways to push or negate the enemy's push, and they give you additional experience for taking them. Bosses are the more powerful version that comes with more risks for taking them as well. Simply collecting Tributes won't give you anything, but when you finally have a Curse, you should prioritize getting experience and structure damage in every lane, unless you can end the game with it.

Siege Camps are taken anytime they are up, they serve as a way to make the bottom lane move to try to get an advantage at securing the point for the objective. Stealing the enemy's Siege Camp will be a strong distraction or get a lot of value as it attacks the fort directly from a safe distance until it falls or the camp is taken care of. You can also use it as a distraction to make the enemy team move bottom while you are going for a gank or push strategy top lane. Knight Camps serve the same purpose as the Siege Camps but are much more powerful if you want to push with them. However, stealing the enemy's Knights is not as impactful in the early game. The neutral camp in the bottom lane is not something you consider too much during the early phases of the game. The Dragon Knight changes the hero that takes it into a destructive entity. Push mid to get experience and structure damage, and then maybe switch to the top lane if you have enough time and hit points left.

Similar to Cursed Hollow, Siege Camps are more effective and you can push more with them. Of course, the same goes for Knight Camps. The neutral camp is now something pretty important, and you should take it either to deny it from your opponent or push with your team (and preferably your Siege Camp as well). With the Dragon Knight, push where it is the most effective. Your goal is to get structure damage and extend your lead or catch up to your foe. If you can push the bottom lane, it will be a great advantage later and any Keep you can get is also a victory.

It is essentially the same as mid-game, but everything is much more crucial. After level 20 is earned, you rotate as a team and try to catch someone out of position. If you can ever take the neutral camp do it, the spell armor can make all the difference in a teamfight and you're trying to force the fight if you have this camp. Otherwise, if you get a pick on someone, keep rotating as a team and get more map control by pushing lanes and getting camps when your lanes are pushed far enough. A late-game Dragon Knight is destructive, and you can push really hard with it, easily get a Keep, and most of the time rush to the enemy's Core. However, it's better if you can get a kill or two with it, as it is then much harder for the enemy to defend.

Camps will offer you lane control to get safely on a Shrine, give you experience, and help you push. With the objective, experience is your first goal with a bit of structure damage. Later in the game, the objective gets stronger and you can aim towards structures much more, even towards the Core. To avoid wasting your Dragon Knight, be sure to clear waves with your Fire Breath (Q spell). This way your own waves will come forward and get focused by the towers in your stead. When the Dragon Knight starts getting low on health, get back a little, and simply use the Fire Breath to inflict as much structure damage as possible.

While people tend to fight on the objective points a lot, getting a camp early can actually help you get lane control to go safely on the point as on Dragon Shire. Siege Camps and Bruiser Camps hold the same function when it comes to this and to the experience they give, but they have their respective strength with the armor debuff and vision they provide. The Boss Archangel is not something you consider before level 10. Only do it if you're above level 7, have wiped the enemy team, and are very close to getting the objective already. Concerning the objective, you need at least one person with your Zerg Wave to get the experience and harass your foes if possible, and also one hero to defend the other wave.

It's normal to see Siege and Bruiser Camps taken after the first objective for both sides, and it's better if you can take an enemy camp to intensify your lead. Then it is time to clear and push with them. I would recommend mixing up strategies and pushing with either camp. A good way to decide is to see where your team struggles the most, either the solo laner or the 4-man can try to get an advantage for the next point holding phase. The Archangel is now a viable option, which you should go for when you kill several foes or you have a talent advantage plus one kill to be on the safe side. This Boss is pretty easy to do, but due to its position and the rotation game on the map, it's also one of the easiest to steal! Unless you are 100% sure you can kill the Core with your Zerg Wave, you always need at least one hero to defend.

Camps don't matter too much, they're a way to try to fight, because at this point, it's one teamfight, a team-wipe, a Boss, optional Objective control, and rush Core. If you only get one kill, reset by tapping at your fountain, then try to force a fight again by taking control of the beacons and going for opposing camps. A Zerg Wave this late in the game is destructive, so finish the game with yours or defend against the enemy's at all costs!

Take camps whenever you can to get control of the map. Do not hesitate to leave the objective a bit to get those or rotate to help your solo laner. Note that Genji's Deflect (W Spell) is one of the best tools for racing the Archangel. The boss being another way to end the game it's always something to consider. Zerg Waves push hard, do not forget to defend unless you can end the game with your own wave. As the Zerg attack heroes, having some displacement to isolate an enemy in your wave is a good strategy to get a kill.

You should now understand the maps described above a bit more, but this is only the first part of this guide. There will be two more articles for the other maps, so stay tuned. Until then go and already start applying the knowledge you got here as best as you can in the Nexus. 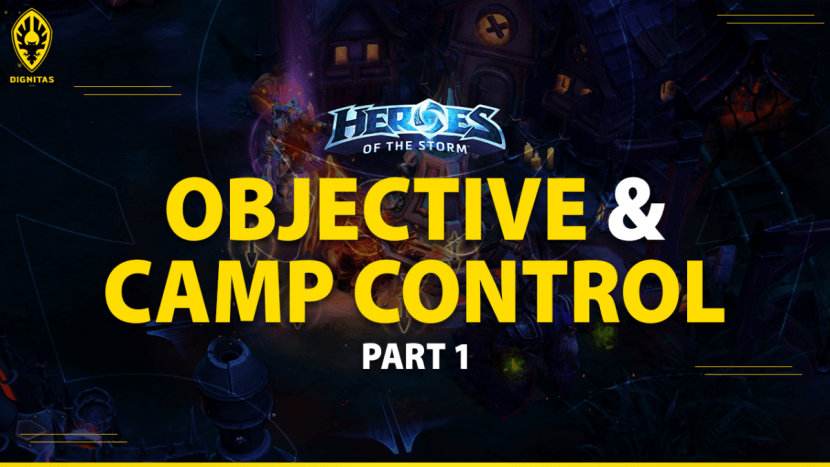