As with all MOBAs, knowledge of certain mechanics are what sets the novice players, experienced players, and professional players apart. These mechanics may seem like small, unnecessary changes to your playstyle, but will overall impact the games of novices and experienced players alike. In this article, I will be covering the ins and outs of Attack Chain Resets.

Image courtesy of felipeabreu on deviantart

What are attack chains?

Of all the popular MOBAs, such as League of Legends or Heroes of the Storm, attack chain resets are unique to Smite. As you may have noticed, certain gods have a specific attack chain and can be seen by pressing “K” in game, or in the “Stats” section of the “Gods” page. Below are the attack progression chains of several gods.

In Smite, the attack chain is reset whenever a skill is used, meaning that one can skip the last attack in a chain (typically the slow, hard hitting attack) or the entire chain for that matter and replace it with attacks that are hard hitting, but are still relatively quick, typically 1x speed. It allows you to have an attack chain similar to something like this, using Loki as an example:

You must be wondering, "why should I attack chain cancel when I do the same damage without it?" Well, the main reason is because the slow, heavy hitting attack is difficult to land, and if missed, will lose you a significant part of your damage per second (DPS). In addition, if you are playing a squishy god, you typically will not be able to stay in the fight very long, so you want to skip the light hitting attacks. With attack chain cancels you are are maximizing potential DPS on a single target in a short period of time, while also maintaining accurate, consistant damage.

Of course, the most significant part is the on-hit effects, and items have been listed below.

Arguably the best benefit of attack chain cancelling. It deals 4% health per attack, meaning that an attack chain with a reset that negates the slower, harder hitting attack will deal more damage overall to the target.

All stacking effect items fall into this category. In terms of physical, there is Executioner, Bloodforge and Ichival. In terms of magical, there is Demonic Grip. (However, most gods that use that item do not have an attack chain.) For a god that has a slow attack in their progression, an attack chain reset allows them to apply the stacking effect to its maximum potential level sooner.

Attacks have a chance to be a critical hit every attack. As you are hitting more attacks in the same amount of time, the chance of critical hits are increased. In addition, you can also gains stacks of Rage at a faster rate.

As some gods have short attacks chains, and some none at all, there are bound to be gods who utilize this mechanic better than others. Well, who are they?

Loki does the most damage when utilizing attack chain cancels. He can perform it very easily due to his Aimed Strike (3) being an attack enhancer that causes no delay on cast, which means there is no reason not to attack cancel. His Vanish (1) can be used for the same effect, but typically you want to save it as a disengage. A typical Loki combo would look like this:

With max cooldown, Loki should have his Aimed Strike up again if you time the backstab right. By doing this, you are getting 2 high damaging Aimed Strikes in, while maximizing damage from autos.

Osiris' skills are quick and easy to land during a boxing match, so like Loki, there is no reason not to attack cancel. His attacks also alternate between 0.5x and 1x speed and damage, starting with 0.5x. To maximize your damage per second, a typical Osiris combo would look like this:

If Qin's Sais are built on Osiris, it may be worth considering to attack cancel each attack to have faster attacks and proc' the Sais rather than harder hitting, slower attacks.

With Kali, she has a fast attacking chain that is amazing when paired with Qin's Sais, which is why you want to utilize that to your advantage late game, getting off as many fast attacks as possible. However, Qin's Sais are a relatively expensive item, meaning that early game a combo should look like this:

After Qin's Sais are build however, it is better to utilize Kali's faster attacks.

Although not often seen in the meta, Ne Zha is a perfect example of cancelling slow, hard hitting attacks. His last two attacks are slow and cluncky, and often miss due the speed pentalty suffered when attacking. A combo should look like this:

This allows you to deal more consistant damage.

Overall, attack chain cancelling plays a small role in games, but if used consistently, that small advantage can win you the game. Especially on a god such as Osiris, who benefits greatly from this mechanic, learning it is key to improving one's gameplay. 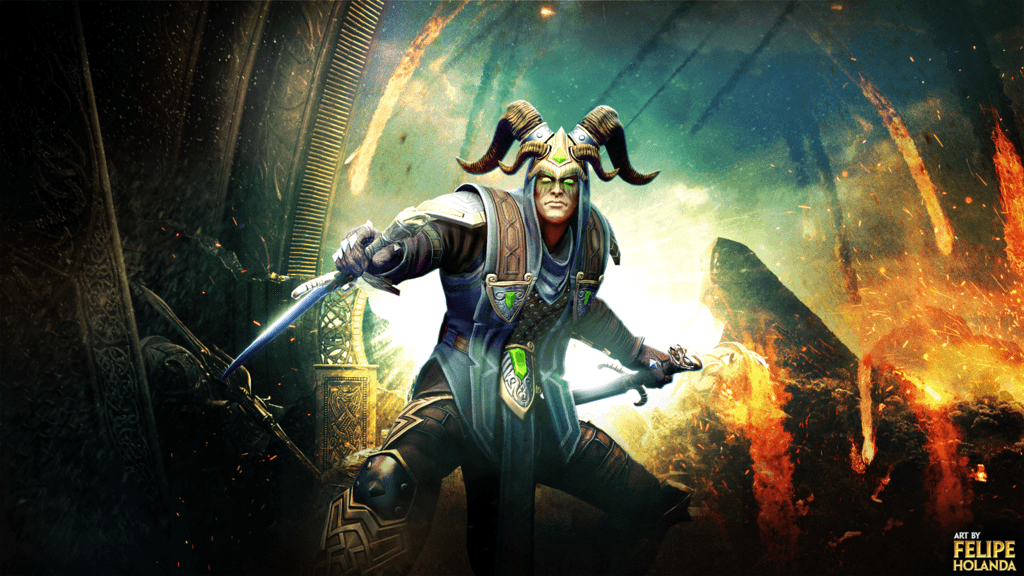