League of Legends is a MOBA video game that its numbers are constantly growing. Now with over 100 million active users per month, players come up with new strategies and meta picks overnight. But while meta picks come and go and strategies are being constantly altered, there is one tactic that is considered the easiest way to break into one team’s Nexus since Beta and that is of course split push!

So what exactly is split pushing?

Split pushing is basically what it sounds like: Pushing turrets solo. Split pushing is a good idea when your team does not have a good team fighting comp, or when somebody is fed. Your main goal as a split pusher is to draw as much attention from the enemy team as you can by pushing down turrets in a side lane, so your team can focus on forcing other objectives on the map with a numbers' advantage. But doing so requires a lot of things to keep in mind, as when you are split pushing you basically are “alone in the jungle, and no one can help you". So without further delay, let’s dive into some tips on how to become an effective split pusher!

You can plan your split pushing even from champion select. No matter in which side you are, you need to be wise as to when you should pick a split pusher. For example, picking a split push champion is a bad idea when enemies have a lot of mobility, and can catch up to you really quickly (like if they have a Quinn) if you try to hit their turret.

But if you finally decide to play the split push game, do so smartly. First and foremost, your warding needs to be different depending on which side you are, Blue or Red. This is better shown with some pictures from a post by Kayle_Bot.

When pushing towards the Blue Side your wards on the map should be placed like this:

While when pushing towards the Red Side your wards on the map should be placed like this:

So the main idea is to place your wards at the level of the turret you are pushing as seen above, so you can see when an enemy is approaching long before he reaches you.

Additionally, if you want to dedicate yourself to split pushing and never leave the lane, consider changing your Trinket from Warding Totem to Oracle Alteration, as it takes much more time to place your Totem in such spots, while Oracle Alteration doesn’t require you to move from where you are, because it has a really wide range.

So now we are going to analyze some picks that are good at split pushing.

Split pushing is effective, when the guy splitting can 1v1 and take a kill, and/or survive an 1v2. So below is a list of champions that I personally believe will do a great job split pushing, placed with a strength order.

Having to choose your Summoner Spells isn’t the most difficult thing in the world, but can really help you adopt certain playstyles.

Top laning and mostly split push require Teleport as you can travel through the map in no time, and its cooldown can get severely reduced (from 300 seconds to 225 with Insight Mastery and Ionian Boots).

Flash is undoubtedly the best and most used Summoner Spell in the game, can be used either aggressively or defensively.

Ghost is another Spell option to have, as it helps you get away from an enemy gank or chase down enemies faster, while having a shorter cooldown than Flash (from 180 seconds to 135 with Insight Mastery and Ionian Boots).

So all dragons help split pushing in their own way, but let’s examine what each Dragon does.

So the Cloud Drake gives +25/50/75 (depending on the times slain) movement speed out of combat to the killing team. Having a Cloud Drake buff helps a split pusher as he can travel back to lane faster and he can escape quicker if he sees an enemy approaching.

Killing an Ocean Drake restores 4/8/12% of missing health and mana over 5 seconds, when out of combat for 8 seconds. Having an Ocean Drake buff helps a split pusher by giving him a ton of sustain, having to recall less times throughout the game.

Mountain Drake is definitely the best Dragon buff to have when you are going to split push, as it gives 10/20/30% additional damage to objectives, including all turrets.

Building some specific items will help you shove down turrets way faster than without them, so here is some of them to keep in mind to buy throughout the game.

Sheen is the best item to have when split pushing, as many split pushers have a spamming ability, (Jax W, Trundle Q etc.) thus its passive (bonus damage after using an ability) can be procc’ed many times, so this item is definitely recommended to build early on, and upgraded as soon as possible.

Youmuu's Ghostblade can help somebody push a turret faster, as its active gives 40% bonus Attack Speed and 20% movespeed for 6 seconds, which is enough time to burst down a turret and escape.

Titanic Hydra is a huge wave clear item that is able to kill waves of minions in seconds, and can also reset auto attacks by activating it, so you can have a huge impact split pushing with it. (Ravenous should be prioritized if you have to kill someone first in order to push)

Next part is about items that don’t really help split pushing directly, but can be used in a different approach.

Banner of Command promotes a nearby minion, giving it bonus resistances, combat stats, and a permanent black shield, making it invincible to all AP Damage. Using it can create a huge wave that stacks up over time, and requires a turret or an enemy champion to be shut down.

The Zz’Rot Portal leave alone a ton of tanky stats it gives, also creates a Void Gate that spawn a little minion every 4 seconds, that only attacks enemy waves and turrets. Really effective when used precisely and hard to deal against if placed in a good spot.

Fun fact: you can also Teleport on the Void Gate or even on the little Voidling.

CLICK HERE to enlarge the image. Image courtesy of /u/Chimpso

Elixirs can help you split push in a stunning way, as they last for three minutes, don’t end if you die, and help you deal more damage or have more mobility. Although not many people purchase them before they have run out of item slots, they can give you a huge power spike in mid-game if you make the right choice. Remember you can only have one active at a time, so choose wisely. Now let’s look at what elixirs have to offer you.

The Elixir of Iron gives +300 Health, +25% tenacity, increased size (which also increases your attack range by 20-25), and bonus movespeed to approaching allies. Can prove to be very helpful if you are squishy and want a way to escape quickly.

The Elixir of Wrath grants the owner +30 AD and bonus lifesteal when hitting enemy champions. It can be useful in situations where you have to fight somebody in order to take the turret down.

The Elixir of Sorcery gives the owner +50 AP, 15 Mana regeneration and a passive that deals 25 true damage to champions and turrets. This is the best split pushing elixir to have for any champion, as its passive also stacks with the mountain drake and can do a huge amount of damage to turrets.

Split pushing is a huge tool in order to win games, but only if used properly. Despite all the tips that can be given for this strategy, your decisions as far as the build, the warding spots, and the timing are all that matter. So, being determined and making decisions quickly will be the crucial factors that can either bring you the sweet taste of victory, or the bitter one of defeat. Last but not least, always remember to check the minimap every 5 seconds to see if enemies are approaching. Good luck on the Rift, Summoner! 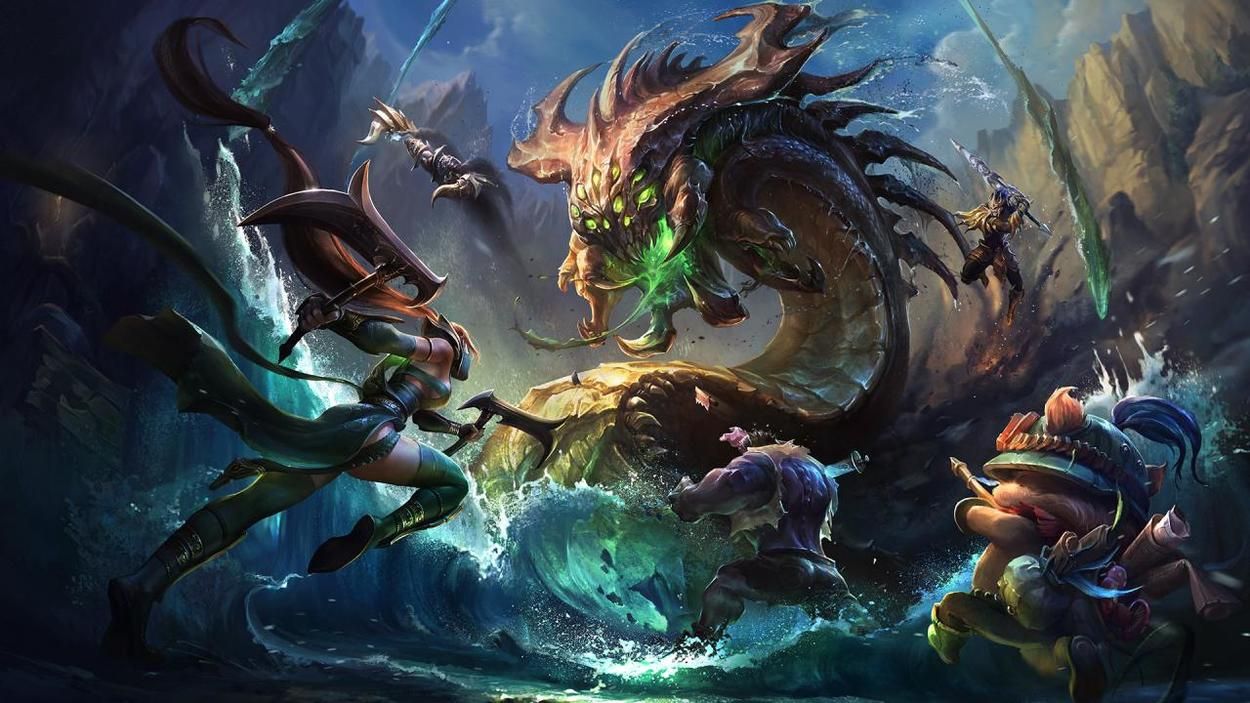