There are many roles in Overwatch that stem from the four main classes; Tank, Offence, Defence, Support. The game has categorised the heroes so newer players can get an understanding of the nature of the heroes of Overwatch. Delving deeper into the heroes of Overwatch, you can see that they can be split up into seven sub roles that make up a team composition in Overwatch. When climbing the ranks or looking to join a team, it is important to understand these roles and the hero pools that players must possess to play these roles. The seven roles are Main Tank, Off Tank, Hitscan DPS, Projectile DPS, Flanker, Main Healer, and Utility Support. I’ll be explaining what each role entails and the heroes you should practice to play these roles.

The Main Tank role is one of the important parts of an Overwatch team composition. They are your sword and shield, there to protect your team and start engagements. Reinhardt and Winston are the only two heroes currently that fit this role. Both are relatively different regarding playstyle and mechanics, but if you wish to play the Main Tank for your team, it is imperative that you learn how to play both these heroes. Playing Reinhardt is to assert your dominance and allow your team to push up behind you while protecting them with your shield. Winston is all about jumping onto enemy targets with your team to apply pressure and dealing cleave damage with your Tesla Cannon allowing your DPS teammates to finish off your opponents. With the metagame being very much played around the dive composition, Winston fits in perfectly.

The Flex Role or Off Tank is usually the second tank or third DPS in a team composition depending on the team composition. The Flex Role is a role that requires you to have a larger hero pool than any other role in Overwatch. The heroes that you are required to be able to play are; Zarya, D.Va, Orisa, Winston, Roadhog as well as being able to play DPS heroes that your team may need you to play. The Flex Role is supposed to complement what your teammates pick. In a ranked queue environment, it's best to see what your teammate's picks are for the Main Tanks, DPS and Supports. It’s your job to try and complement your teammate's hero picks.

Hitscan is heroes that have zero travel time when shots are fired. This means that the moment you hit the trigger, the bullet hits its target. Hitscan heroes are Soldier 76, McCree, Tracer, Reaper and Widowmaker. You will always need a hitscan hero on your team. The majority of good hitscan players come from a background of traditional first person shooters such as Counter-Strike as their mechanics are hitscan based.

Projectiles DPS are heroes that possess abilities that have a travel time before they hit their intended target. Projectile heroes have to take into account the distance and time when they shoot from their weapons. Heroes categorised in the Projectile DPS role are Genji, Pharah, Mei and Hanzo. Many projectile players come from arena FPS games such as Team Fortress and Quake series as many of the mechanics in those games are projectile based.

The final DPS role is the Flanker role. The Flanker role entails characters that go behind and dive the backline. Playing backline Flankers requires fast, precise movement so you can be evasive while still being able to harass the opponent's backline. The heroes that fit the Flanker role are Genji, Tracer, Pharah and Sombra. All these heroes have high mobility and are to dive the backline without getting noticed. Pharah is put into this role as even though she doesn’t “Flank” as consistently compared to Genji, Sombra and Tracer. Even without flanking, Pharah is the queen of applying backline pressure. The Flanker role’s primary mission is to implement that backline pressure forcing your enemy to turn around and deal with the disruption in their backline.

The final role is the Utility Support. The Utility support is usually the Team Captain and shot caller of the team. The Utility Support role is played with heroes such as Lucio, Zenyatta, Symmetra, Torbjorn and Sombra. These heroes provide your teammates additional support outside healing, whether it be movement speed, armour, or shields. Most of your time you’ll be playing Lucio, so that your team can use his speed boost and the AoE healing that no other hero can normally provide. Utility Supports such as Torbjorn and Symmetra are builder heroes that can create turrets that can control certain areas of the map while also providing supportive abilities such as Torbjorn’s armour packs and Symmetra’s Teleporter and Shield Generator. As mentioned earlier, the majority of your time will be playing Lucio on the attack portion of maps, but when it comes to the defensive stage of a game you have a few options to pick from. Always discuss with your teammates which hero is the most optimal pick and go through with it.

It is important to try and main certain roles in Overwatch rather than single heroes. The reason I wrote this article was to try to allow players to understand how they can improve on their hero pools. Look at the heroes you currently play and see what roles they fulfill. Looking at myself, I fit into the Main Healer role as I play mainly Ana, Zenyatta and Mercy. I don’t limit myself to just playing the Main Healer role though, as I can also play Winston and Reinhardt who are Main Tanks. I think it is important always to be expanding your hero pool so you can be flexible to play multiple roles that your teammates can’t play. If you naturally play a lot of Soldier 76 and McCree maybe you should specialise in playing Hitscan. By reviewing your hero pool, it allows you to look at other heroes you can practice to try and improve. Using the previous example of a player playing mainly Soldier 76 and McCree, they should try to add Tracer to their hero pool as she fits into both the flanker and hitscan roles. Just by slowly expanding your hero pool like this you’ll be able to play more heroes who are more suitable for different situations, making you an overall better player.

Feel free to give me some feedback on the article and I hope you enjoyed it. If you have any questions, poke me on twitter @Zefhus. 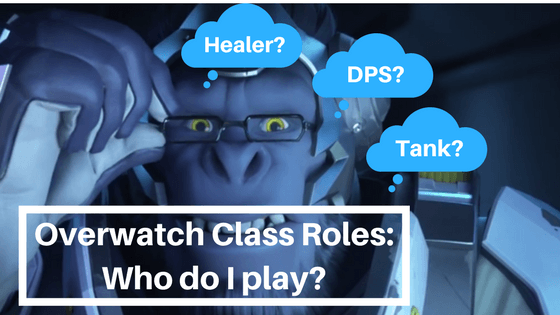