Aerials in Rocket League are generally straightforward, and it is safe to assume most players can pull them off. However, taking these aerials to the next level by integrating air rolling techniques can improve your gameplay more than you would think. From turning your car upside down to get more power on your hit to tilting your car sideways to hit a perfect angle, air rolling provides many more mechanical possibilities that you can use in your gameplay after some training. 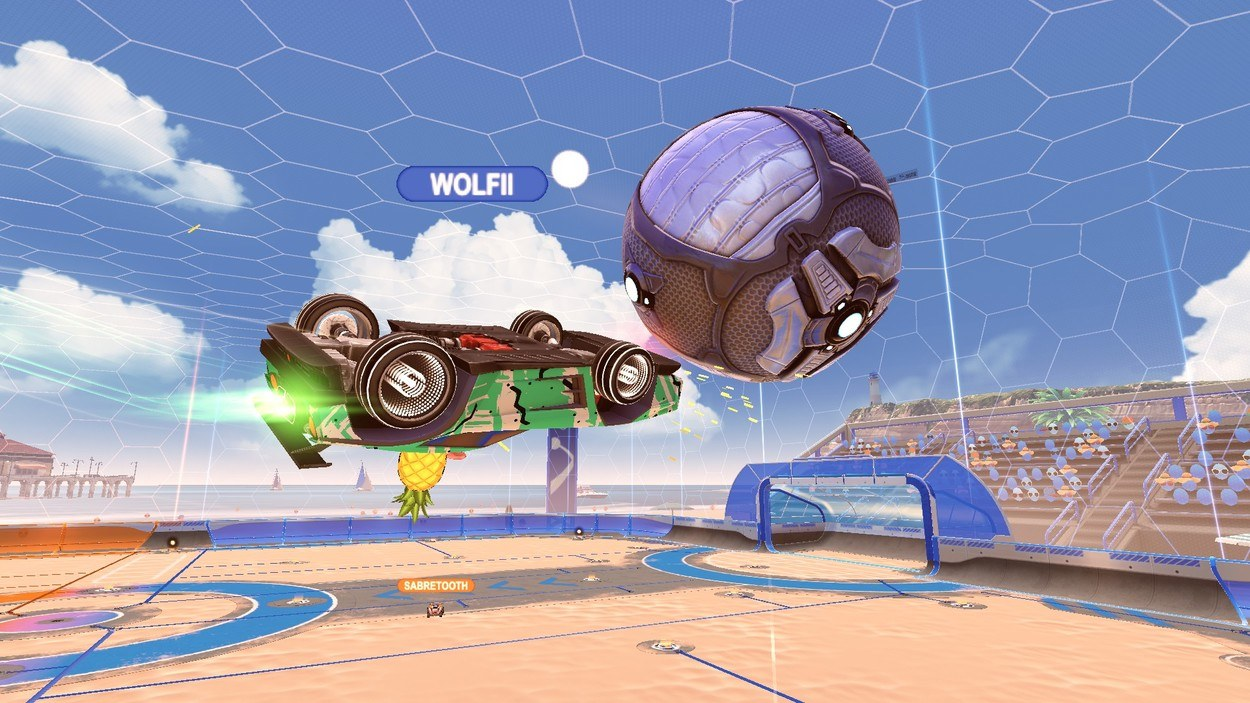 Although flying upside down to hit a ball might seem unnecessary, it can actually have a large impact on the ball. In fact, it provides a lot more power on your hit than if you were hitting the ball the right way up. This is because hitting the ball with the front of the car while flipping is the best way to maximise power behind a shot.

Not only this but hitting a ball upside down as opposed to hitting it normally can give more lift to the ball, as you are flipping your car upwards instead of downwards. By flicking the ball higher up, the defender will have a much harder time defending your shots as they can become very unpredictable. Hitting the ball upside down off a wall is not only easier, but it also makes it much harder for other players to read. Below is a clip of me in a one versus one hitting the ball upside down off a wall to show you how it flicks the ball upwards. Compare this to how you would hit the ball the right way up and how it would not get this much power off of it.

So in a position where the defender is, well, defending, you might want to quickly note the positioning of the defender. As mentioned in my previous article, defenders are often found central of the goal which is not a suitable position to find yourself in as it can make saving the ball more difficult. In this case, you will want to shoot the ball precisely instead of just randomly hitting it at the defender. You may be comfortable placing your shot in the top corners without the integration of air rolling, but I can confidently inform you that air rolling to be more accurate is a must in higher ranks.

If you are wanting to aim your shot at the left of a defender, air rolling right is your best shot. This is because by doing so, you are flipping in the direction of which you will want to shoot. The opposite applies; by air rolling to the left, you are in a better position to be shooting to the right of the goal. Even the extent of which your roll in the air can have a fair impact. If you roll a great amount to the left, you will shoot the ball further right, whereas if you only slightly tilt your car, you are aiming slightly more central. 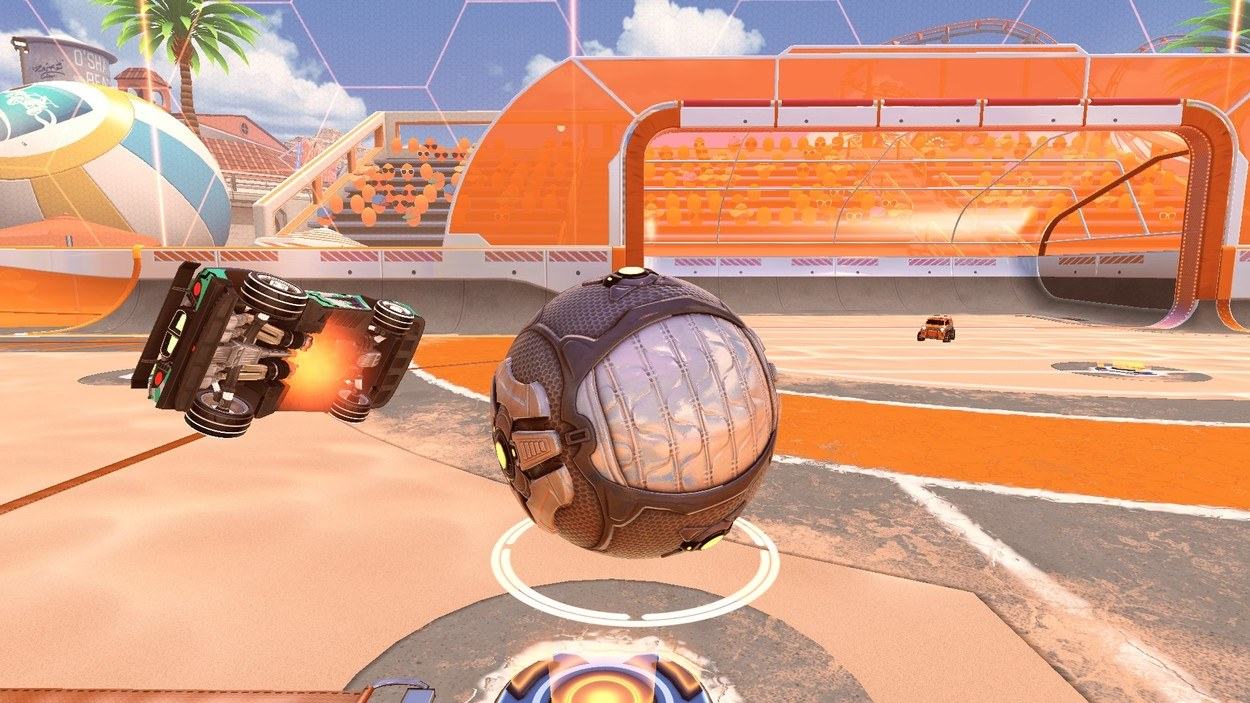 I'm sure we've all seen a double touch in ranked games. These typically come from the ball rebounding off the backboard and the player hitting it again while in the air to redirect it into the goal. It looks as impressive as it sounds. Though you can pull off one of these without using air roll, you are more likely to have a higher success rate if you were to implement it confidently.

Air rolling, as we've established, gives more control to the player on the direction of the ball's movement. Hitting a ball that has rebounded off the backboard is often better when upside down. This is because the ball will be redirected downwards as opposed to straight forward if your car was the normal way up. Below is a short clip of myself in Free Play scoring a simple double touch goal from kickoff. Notice how I air roll to force the ball to go downwards into the net.

If I had maintained a constant angle in the air, the double touch would have been much more difficult to pull off. This is because it would be more likely to rebound again off the backboard and out into the field. Below, for comparison, is me hitting the ball in a neutral position in the air, to prove that it is much more unlikely you will score at this angle.

Is Air Rolling Always Worth It?

To conclude, air rolling is not always worth it. Yes, it can definitely guide your gameplay in the right direction in a mechanical sense but overusing this trick can be punishing. By being too focused on air rolling, you can often find yourself missing the ball entirely. Overall, it is simply a case of knowing when to air roll and when it is appropriate.

Hopefully this can improve your gameplay and make you just that little bit better. Again, doing this consistently comes with practice, so be sure not to give up and to maintain motivation. 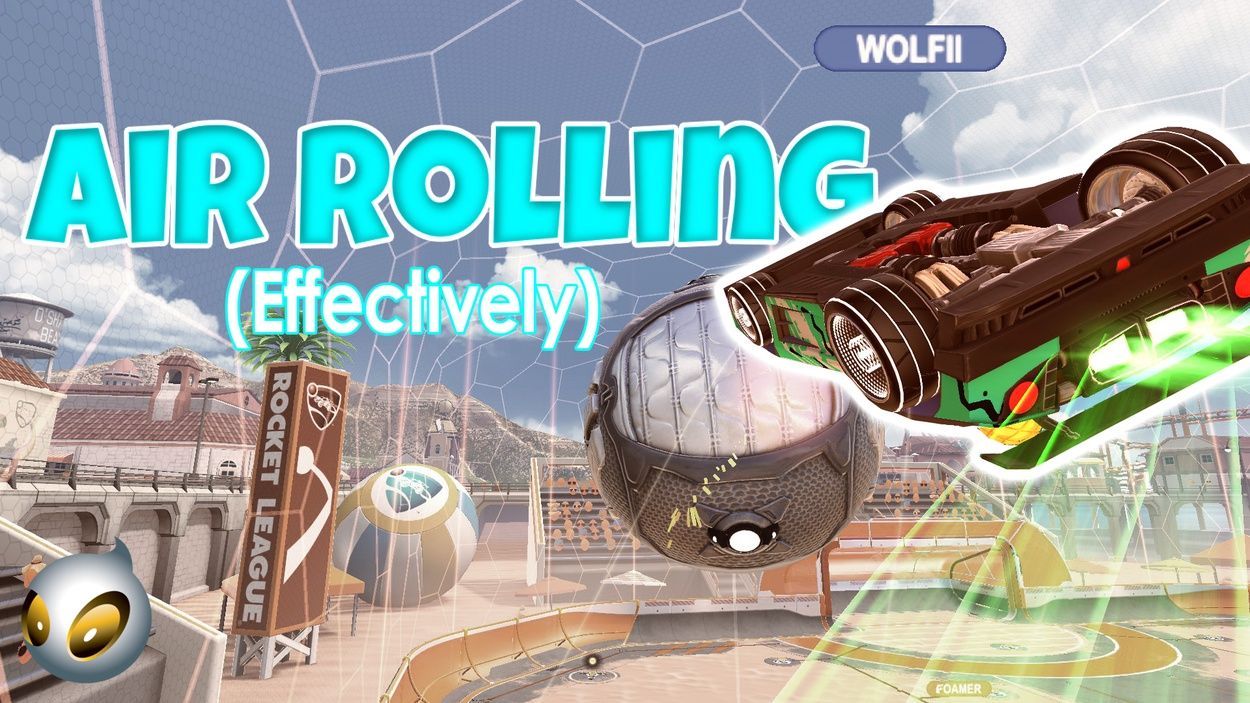