Everyone on the field has loaded in. The cars have been placed on the field. You can hear the sound of engines revving up to get going. You're ready, and so is everyone else in the server. The countdown begins. 3. 2. 1.

This is what is known as a kickoff. If you've ever played a game of Rocket League, you're familiar with it. It happens at the beginning of the 5 minute game and it happens after every single goal. Your team and your opponent's team will be placed symmetrically on the field.

Throughout Rocket League history, the kickoff has evolved and many mechanics and strategies have been discovered. Kickoffs are an integral part of the game and you must be able to control the kickoff in order to win games.

Firstly, knowing the beginning kickoff positions are important. Here is a diagram of a Rocket League field: 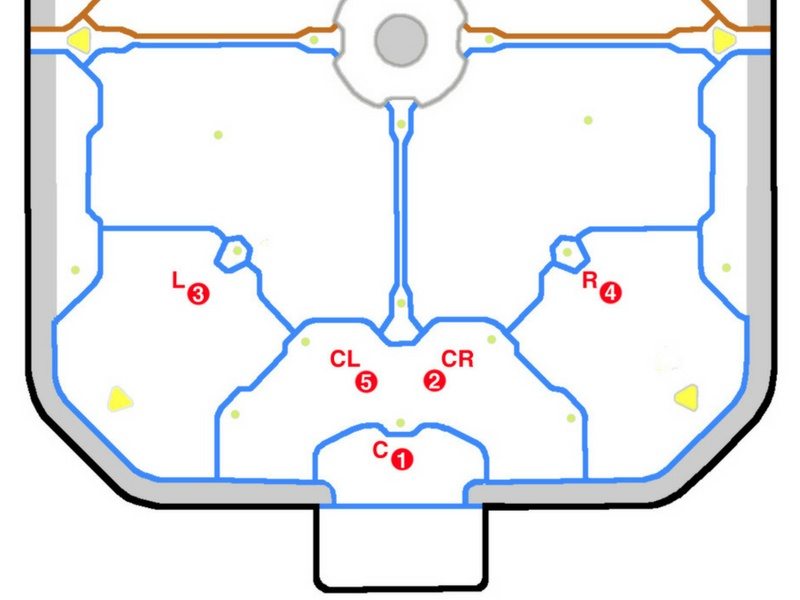 This diagram is labeled for each possible starting kickoff positions. As you can see, there are five possible positions. They are labeled R for right, L for left, C for Center. So CR is center-right and CL is center-left.

In 1v1s, players will always spawn symmetrical from each other. So if a player spawns at R, their opponent will also spawn at R, but mirrored on the opposite side. You have no teammates, so you will be going for the ball no matter what.

In 2v2s, the same will happen. Players will spawn symmetrical from each other, one player mirroring the other's position on each side. Beginning positions will cycle through several different layouts. Here are the possible beginning positions and some basic advice:

In 3v3s, kickoffs can be much more complicated. The same idea as 2v2s will be implemented. Here are the possible beginning layouts:

There are several kickoff mechanics that have been developed throughout the years of Rocket League. Players have found ways to increase their speed during kickoffs as well as their ability to win the kickoff. First and foremost, for any kickoff, try your best to make your car higher/taller than your opponent's car. When you and your opponent go for a kickoff, the ball is going to try its best to find the best route to escape. If your car is higher than your opponent's car, then your car will act as a barrier, and the ball will most likely go towards your opponents' side.

To explain how to do certain styles of kickoffs, I've included some summaries as well as tips below. In addition, you can check out this seriously helpful tutorial from Holo PUBG that includes the kickoffs listed here, along with a lot more.

The whole point of the fast kickoff is to beat your opponent to the ball and push it diagonally towards the opposite side of the field without your opponent touching the ball or getting a lucky second touch after you get the first touch. This can be done in any beginning kickoff position. Here are some tips to successfully pull off a fast kickoff:

Here is the video from Holo PUBG on Youtube which illustrates several kickoff mechanics that can help you win kickoffs:

Several competitive teams have developed strategies during kickoffs that allow their team to possibly score, pass, or gain possession of the ball. Here are some simple kickoff strategies that you could do with your team (obviously, these would only work in 3v3s or 2v2s, not in 1v1s):

Lose the kickoff on purpose to a teammate with boost.

If you want quick possession of the ball, the best way to accomplish this is to lose the kickoff on purpose. This strategy would be especially prevalent in EU competitive play, and it can only work when there is a player in the L or R position on the field. The player going for kickoff could either lightly hit the ball or completely miss the ball on the kickoff. The opponent would hit the ball into the corner where either you or one of the teammates have gone to on the kickoff to get boost.

Have a player cheat up on a kickoff.

If you want to take a quick shot and catch your opponent off-guard, having a player cheat up will be most effective. "Cheating up" is to follow the player taking the kickoff closely. If that player can get an equal kickoff where the ball barely moves, the player that cheats up can easily take control of the ball and take a shot on net, catching defenders off-guard.

Lose the kickoff to a side wall.

If you want a possible shot, pass, or air dribble off of a wall, then losing the kickoff to a sidewall is an effective method of making this happen. The player going for the kickoff must read the player on the other side and adjust their car accordingly. They will try to lose the kickoff so it goes towards the walls on the side. A player getting boost can easily go up the wall and take control of the ball to either pass or take carry it in the air towards their opponent's net.

Here is a video from JohnnyBoi_i that illustrates five different kickoff strategies you can implement:

Being able to control the kickoff is an essential skill that any good Rocket League player must have. The kickoff sets the tone for the possessions to come afterwards. A team with a fast kickoff that allows them to take a shot on goal may beat a team that is slow to defend. A team with a slow kickoff that allows them to gain possession may play a more possession-based game where they pass and get an open shot on net.

Also, don't do the same kickoff every single time. Mix it up once in a while! Do a fast kickoff and then, on the next kickoff, lose it on purpose so a teammate can take a shot. Don't let your opponents read your kickoffs because, eventually, they will realize that you are doing the same thing over and over again and will counter it.

Here are some other videos that are helpful in terms of kickoffs:

I hope that you will implement some of these strategies and mechanics into your gameplay! Good luck in your next Rocket League Match! 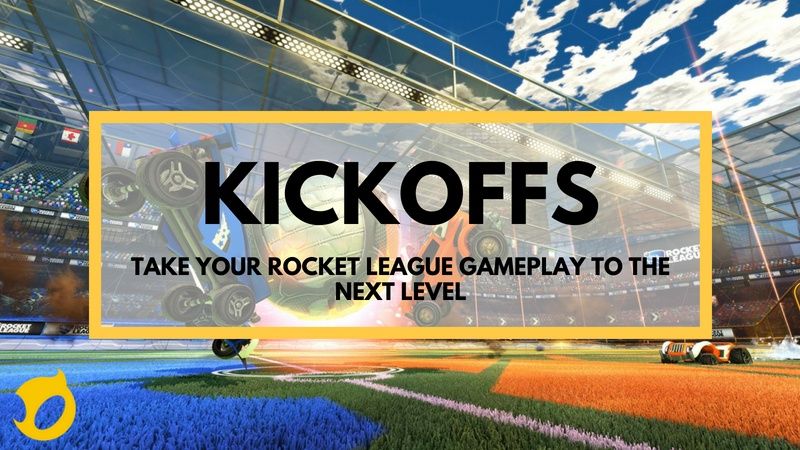