As players begin to implement dribbling into their game, it’s often a technique that is reserved for 1v1 duels. However, as players get better and rank higher, their speed and consistency with dribbles become good enough to utilize in the team playlists as well. Part of the reason that dribbling becomes more versatile in higher ranks is due to the advanced dribbling techniques that players can layer on top of the core dribbling mechanic. We outline three of these advanced dribbling techniques along with how to perform them and when they are best utilized.

The technique involves small touches to the ball as it touches the ground to keep the ball close to your car, but also continue its momentum toward your opponents' half. The culmination of this is that, once you've advanced to the point that you're comfortable shooting or your opponent finally moves in for a challenge, you can quickly apply an unpredictable and powerful hook shot. However, Kaydop stressed that, "A key for a good bounce dribbling is to not wait too much for the shot, if you wait too much, your opponent can easily rush you. So be aware of your opponent while you do this."

One of the other keys to performing this successfully is shared with normal dribbling and that is to drive your bounce dribble to one of either sides of your opponent's goal instead of right at it. A power shot from a ball bouncing away from you will never be as strong as a hook shot. So going to one of the sides and then swinging around for the hook shot will not only give it more power but also make it harder for your opponent to read.

Utilizing power slide in your dribbles is another great way to surprise your opponents. With most effective dribbles, you carry the ball on an angle toward one of the sides of your goal. While a flick is can almost always be effective in this position, your opponent knows that as well. So maybe you've waited until the last moment and your opponent is now coming for the high challenge. These are the steps to execute a power slide dribble:

1. Swing to the opposite direction that you want to direct the ball to let it fall off the other side of your car.

2. Immediately following step one, power side into it the ball to pick it back up (Note: You should not hold onto power slide, a quick touch will be all that’s required).

Additionally, you can use this power slide to weave from side to side of the ball while maintaining a dribble to confuse your opponent. When performing this maneuver your opponent can never know when you're going to pull the trigger for a flick, hook shot, or fake which makes any defensive challenge against your dribble dangerous. These are the types of situations that cause a defender to misplay.

Catch from the Wall

Another great dribbling tool to add to your gameplay belt is picking up the ball from the wall into a dribble. This opportunity presents itself with the ball high on the wall or near the wall where you can threaten a wall shot. Finding times where your opponents give you space to pick up the ball for any dribble can be difficult, but at high levels your opponents have to respect a wall shot. So getting up the wall can often force your opponent to move back to give you more space. Once they’ve relinquished that space, you can instead follow the ball toward the ground to pick it up in a single smooth motion as it comes to the ground.

The key to this is timing it correctly so that you reach the ground just before the ball, because you still have to drive through the corner, whereas the ball does not. When performed correctly, this leads to great positioning for a dribble as you're already off to one side which is an ideal setup for dribbling across the goal. It's also important to consider that scooping from the side will allow you to continue the dribble down field toward your opponent's goal without adjustment. However, if you're already on your opponents' half, you may want to position directly behind the ball on the wall to secure a trajectory that is more perpendicular to the wall.

Expect to see these types of techniques more and more as you rank up and players develop the capability to add more flavor to traditional dribbling plays with higher consistency. And if you want to stay abreast of the competition, you'll want to take the time to master them as well. 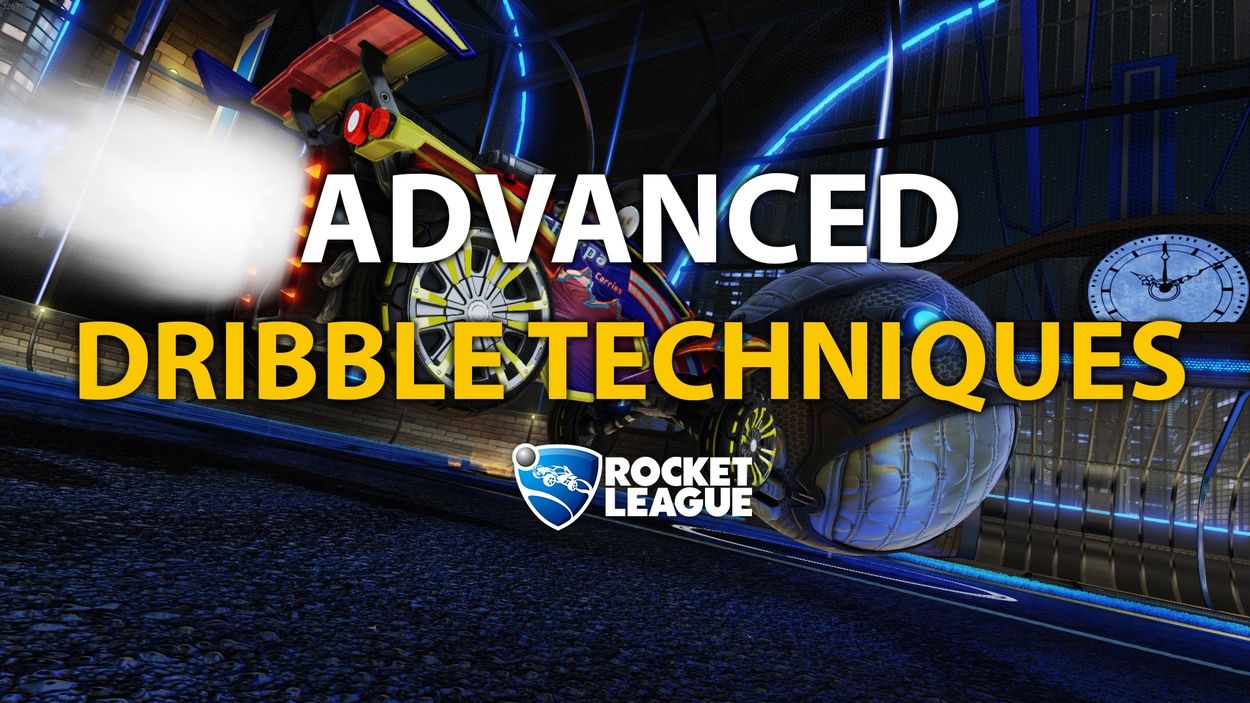