Do you remember your first game of Rocket League? The chances are that you don't, unless you have literally just jumped into the game. But, just as mine did, it probably involved driving around attempting to hit the ball, missing shots very regularly, and an awful lot of camera shake.

So what has changed, exactly, since those first few games to the level you're at now, and how can you evolve into an even better player in the future? Well, that question is of course subjective to each and every player. For example, a Silver player would need to adapt their gameplay differently to how a Diamond player does to reach their next rank. But generally, there are big improvements you can make as a player to strive for those higher ranks. Even as a Grand Champion, there are areas of improvement.

One obvious factor for the gap between ranks is mechanical ability. This basically means how skilled you are at maneuvering your car in order to score goals that range from the basic end of the scale to the more flashy, impressive end.

A Bronze player may find themselves struggling to hit the ball in general. The main improvement you could make in this case is to switch between ball cam and no ball cam. Players in higher ranks toggle the ball cam on and off more than you might expect, turning it on to find the ball and turning it off to see where they are headed. Remembering to do this, as well as just getting lots of practice in Free Play and other training methods, is what will help beginners in the game get started and develop their mechanical abilities

For slightly more experienced players in Silver, Gold and Platinum, mechanics will have improved much more through the help of multiple online matches and training in order to help you to get used to how the ball physics work and how you should move your car to hit the ball. The best thing for a player to do in these ranks is to try custom training modes. Each training pack, handily, has a difficulty level attached to them, and so you should work from the easier packs to the more difficult ones over time.

Players in Diamond, Champion and even Grand Champion should also use training packs of the higher difficulty levels in order to improve mechanical ability. For example, try air dribble packs, ceiling shot packs, or flip reset shots. Anything that you might find yourself struggling with in online matches, you should attempt them in custom training.

It is important to remember, however, that mechanical ability is not everything in Rocket League. This is one of many factors in the process of ranking up, and so making sure not to over-work yourself on mechanics is very important. Do not try too many mechanically impressive shots in online matches, as failing them may lead to your teammates becoming frustrated as a result of you perhaps breaking rotation in order to attempt the shot.

Below is a video by Youtuber 'Static', demonstrating his progression from a Bronze player to a Champion. Look out for the huge difference in mechanical skill between ranks and how he adapts his mechanics to suit the pace of each game.

On the other end of the 'Rocket League improvement' spectrum, there is rotational ability. Knowing where to place yourself on the field is crucial as you get into the higher ranks. This is because the higher ranks include much more team-based play than in the lower ranks. Therefore, being in a position to receive a pass or to be the passer to a teammate is something you should nail if you are serious about your rank.

Bronze and Silver players, for the majority, tend to have little knowledge of rotation. When you first started, rotation was a term unfamiliar to you, or perhaps still is. To summarise, rotations in Rocket League mean to move in a constant flow around the field to avoid ball-chasing and to position yourself efficiently on the field as you move from offence to defence, and then back to offence again in an ongoing cycle. There are many useful tips and tricks online regarding rotation, as it is a huge aspect to the game, and you should look into this if you are ranked Bronze or Silver or have no solid knowledge of rotations.

For a basic understanding, here is a diagram with a quick demonstration of effective positioning for the orange team. Number one would have possession of the ball, with number two available for a pass. Number three, meanwhile would be in defence, and as soon as number one loses possession, they should return to defence, replacing number three.

Platinum players, generally, start to have a rough understanding of rotation and begin to apply it in their online matches. This shows through the beginning of teamwork, and effective passes between players as a result of better positioning than the lower ranks. At this rank, it is best to continue to work on rotations by playing more online games or perhaps explore options such as half-rotations, which I have done a previous article about, called 'Half Rotations and Their Usefulness: A Rocket League Guide'.

Diamond and Champion players generally have a very solid understanding of rotation and positioning. These ranks feature players who also half-rotate and do not excessively ball-chase. However, the main aspect of rotations that sets these ranks apart from Grand Champion is consistency. Rotating effectively all the time is no simple task, especially with the minor factors such as teammates in quick chat being toxic, which might encourage ball-chasing, or cutting rotations for demolitions.

Consistency comes with hundreds of hours of gameplay, and no one player, including Grand Champions, is consistent all the time. So do not let this affect your gameplay in a negative way if you find yourself being inconsistent every now and again.

Truthfully, there are many more ways that a player could evolve or adapt in order to reach the higher ranks, but the list is huge. For example:

These are just a few of the multiple adaptations a player could make, although mechanics and positioning shine the brightest. As you climb the ranks, you will come to notice how you, as a player, are evolving into a more professional and experienced Rocket League player, and this should give you motivation to strive even higher. Just remember to make sure to save a replay on the odd occasion to look back on and truly see the contrast in your gameplay from rank to rank. 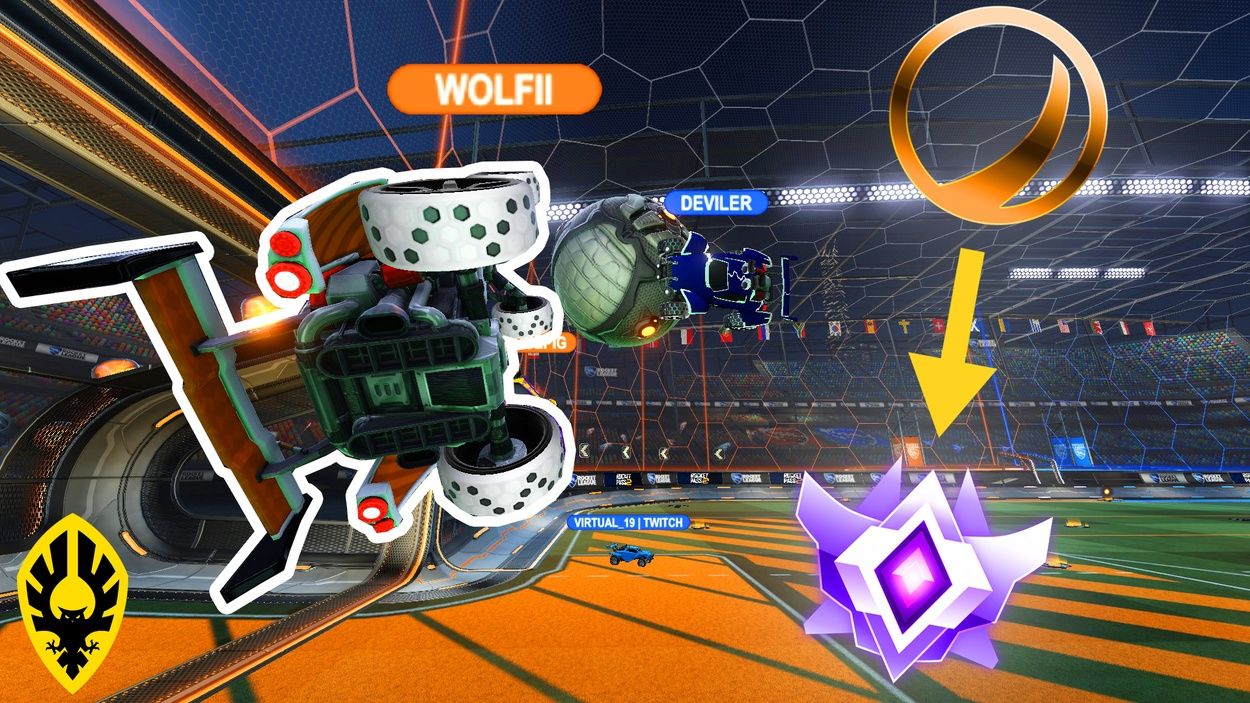