In Rocket League, mistakes are commonplace, and that’s okay. We’ve all made them and we’re all going to continue to make them, regardless of where we are on the totem pole. However, we have enlisted the help of Dignitas professional player Jack “ApparentlyJack” Benton to talk about some of the most common mistakes and what can be done about them.

The first thing we wanted to ask ApparentlyJack is what he believes to be the most common mistake he sees from Rocket League players. To that, he said the following:

Everyone thinks they have less time than they actually do. You see players in lower ranks rushing a lot. People give up a lot of space, even when they have time to get closer and reposition. For me, that’s definitely the most common mistake.

Everyone can benefit from this advice. Rocket League is a game that requires a certain balance - sure, you don’t want to be too passive, but you also don’t have to rush to every ball. A lot of times, patience is going to help you out. Chances are, an opportunity will present itself eventually, it’s just a matter of when. If you can clearly see that the opponent will reach the ball first or will have the opportunity to flick, just wait for that play to develop before making any moves.

I think power shots are a pretty simple mechanic. Air roll your car to get around the ball and get the most speed on the ball as possible for your shot. It’s an underrated mechanic for sure. Also, ceiling shots. They can be a bit difficult to master, but once you get it down, they’re actually pretty simple. They’re very useful because you hold on to your flip forever and it gives you so many different options. Power shots are easier to learn but harder to master, whereas ceiling shots are harder to learn but easier to get the hang of.

Utilizing the air roll button for shots is something everyone should be doing. Not only can it generate more power, but it can also help you be more precise with your placement. All you have to do is simply air roll to the left or right to adjust your car away from the direction the ball is coming. Then, flip towards the ball, hitting it with the front corner of your car.

As for ceiling shots, like ApparentlyJack said, they’re a bit tougher to master. But, if you can commit a few hours to the mechanic in free play, you’ll be in fairly good shape. It takes time to hit them consistently, but it’s a mechanic worth learning. When you drive the ball up the wall like you’re setting up an air dribble, just drive up the ceiling and allow your car to fall off, as opposed to jumping off the wall. This will keep your flip to be used any time before you hit the ground, making you extremely difficult to read.

Playing 1v1 is my biggest tip for improving boost management. Typically, a lot of players with the best boost management are 1s players. That just comes from the game mode - you have to keep your boost. In terms of things you can consciously do, try not to use as much boost on recoveries. Use the boost to guide the car in the direction it’s already going instead of wasting it changing directions.

One thing a lot of players do is go out of their way to grab a full boost pad while rotating, and then use all of that boost to get back in the play. As simple as it sounds, go for small pads! It’s great practice to hop into free play and just drive around the map, memorizing the paths you can take in rotation to grab the maximum amount of boost pads as you can. This will fill your boost more than enough to make any play you need to make, and it’ll get you back in the play faster. Speaking of rotation:

If you see an opportunity to cut rotation and you’re definitely going to beat the opposing player to the ball, it’s worth it. Especially if it’s communicated well with your teammates. Even if you’re not in comms, just be clear with your car language. Another good situation to cut is if your teammate is shadowing the ball. They aren’t in a position to challenge right away, so you have room to move in. Those are two key things I’d be looking out for.

Cutting rotation generally comes with a negative connotation, but it’s not always a bad idea. As ApparentlyJack mentioned, car language is key. When you make a decision, don’t hesitate. Not only will this slow you down, but it will confuse your teammate and possibly make them get out of position. Make yourself easy to read for your teammate, and if you’re the person being cut, be sure to adjust to what your teammate does. This will help you work a lot better as a unit. Knowing where your teammate is at is crucial for a lot of things, one of them being 50/50s. 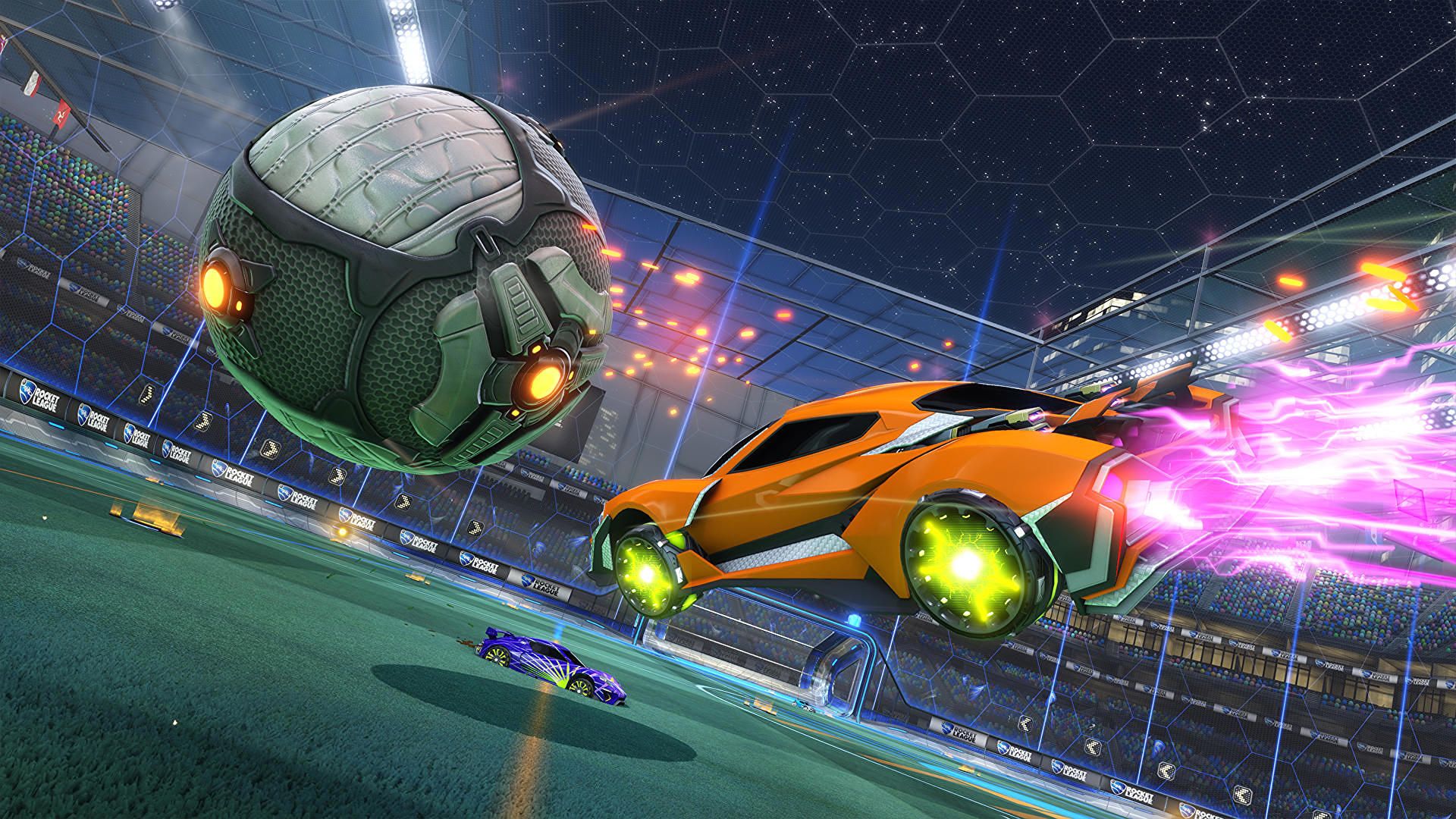 A good 50/50 is dictated mainly by where your teammates are. Sometimes, if you lose a 50/50 and it goes behind you, it may go to your teammate for a counterattack. So that’s still considered a win. Always try to play the 50/50 to where your teammates are or where the space is. Mechanically, when we go for a 50/50, we want to make sure we cover as much area on the ball as possible. You have to have a mixture of both momentum and surface area coverage going into the ball.

The biggest takeaway here is that you don’t want your 50/50s to just be random. This comes from having a general awareness of what the field is currently looking like. Ask yourself where your teammates are, and if you don’t know or they’re way out of the play, identify the safest place to play the ball. With that information in mind, try to manipulate the 50/50 in such a way that will be the most beneficial to your team. If your opponent is doing this and you aren’t, they’re going to have a much better chance of getting the ball where they want it to go.

Some Tips on Shooting

One of the trickier things to learn in Rocket League is how to shoot consistently. We’ve all missed open nets and we’ve smacked the crossbar more times than we’d care to admit. While these things will always happen, there are some ways that we can cut back on them.

I know it’s kind of a generic answer, but I think playing 1v1 really helps because, if you miss a shot, you will probably concede. It puts you under pressure, and we learn faster under pressure. Also, training packs really do help. Shooting is all about repeating movements. So, if you’re shooting more balls, you become a better shooter.

Just like anything else, repetition is key to improvement with shooting. Learning where and when to strike the ball is something that comes with a lot of practice. There’s no substitute for in-game experience, but like ApparentlyJack said, utilizing training is a great idea. This will help you learn what works and what doesn’t, and then you can work towards mastering what does work.

Flicks are a common way for players to score and beat their opponents. But they can be difficult to master, especially at lower ranks, as they require quite a bit of precision.

You really have to get a feel for the car. Players often flip too early with the ball in the middle of their car, causing them to just flip under the ball. That means the ball was too far back. If the ball is too far forward, the ball will get away from you and you’ll just hit it into the ground.

Essentially, in most cases, you’ll want the ball to be situated somewhere between the roof and the nose of your car. This positioning will pop the ball up and over your opponents when you use your flip. Messing up flicks is something that everyone does, but again, repeating the action will help you get the muscle memory required to be consistent down.

We wanted to ask ApparentlyJack for one final tip. Defensive decision making is very important and requires quick thinking, and because of that, players often just boom the ball upfield without thinking twice. This is okay sometimes, but not always. 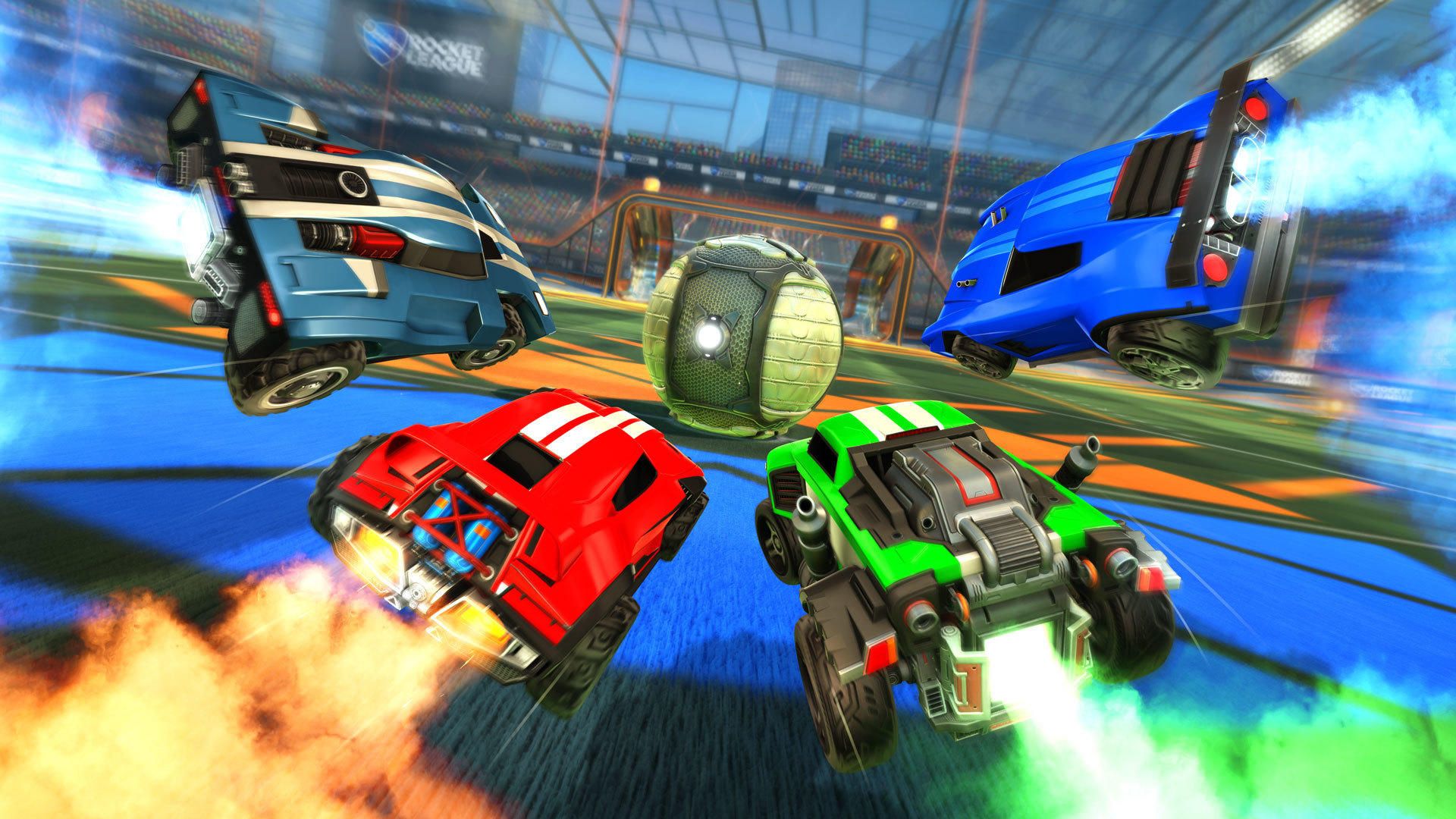 It’s definitely situational. You should boom the ball when your team is on low boost. It’s a good idea to boom it into a place where the other team can’t hit it right back to you, which will give you time to get boost and recover. It’s also useful to boom it if you have a teammate waiting downfield for a pass so you can counterattack. And if your opponents are all pushed up far, booming the ball can catch them out of position, forcing them to scramble back. If you have a lot of space and boost, however, keep the ball close. Even on low boost, you can catch it and immediately flick or go for a quality 50/50 that a teammate can follow up.

Once again, this comes down to awareness. Before you even have the opportunity to make a play on the ball, you should have scanned the field for information. You should have a general idea of where every player is before making contact with the ball. That way, instead of just getting a random hit that does nothing, you can not only relieve pressure but either set up a counterattack or buy time to restock on boost.

Don’t be afraid to make mistakes in Rocket League - it’s just part of the process. However, we hope this guide will help you cut out some of the most frequent ones. To keep up with ApparentlyJack, be sure to give him a follow on Twitter and Instagram, and for his content, check out YouTube and Twitch. Thank you for reading and good luck on the grind! 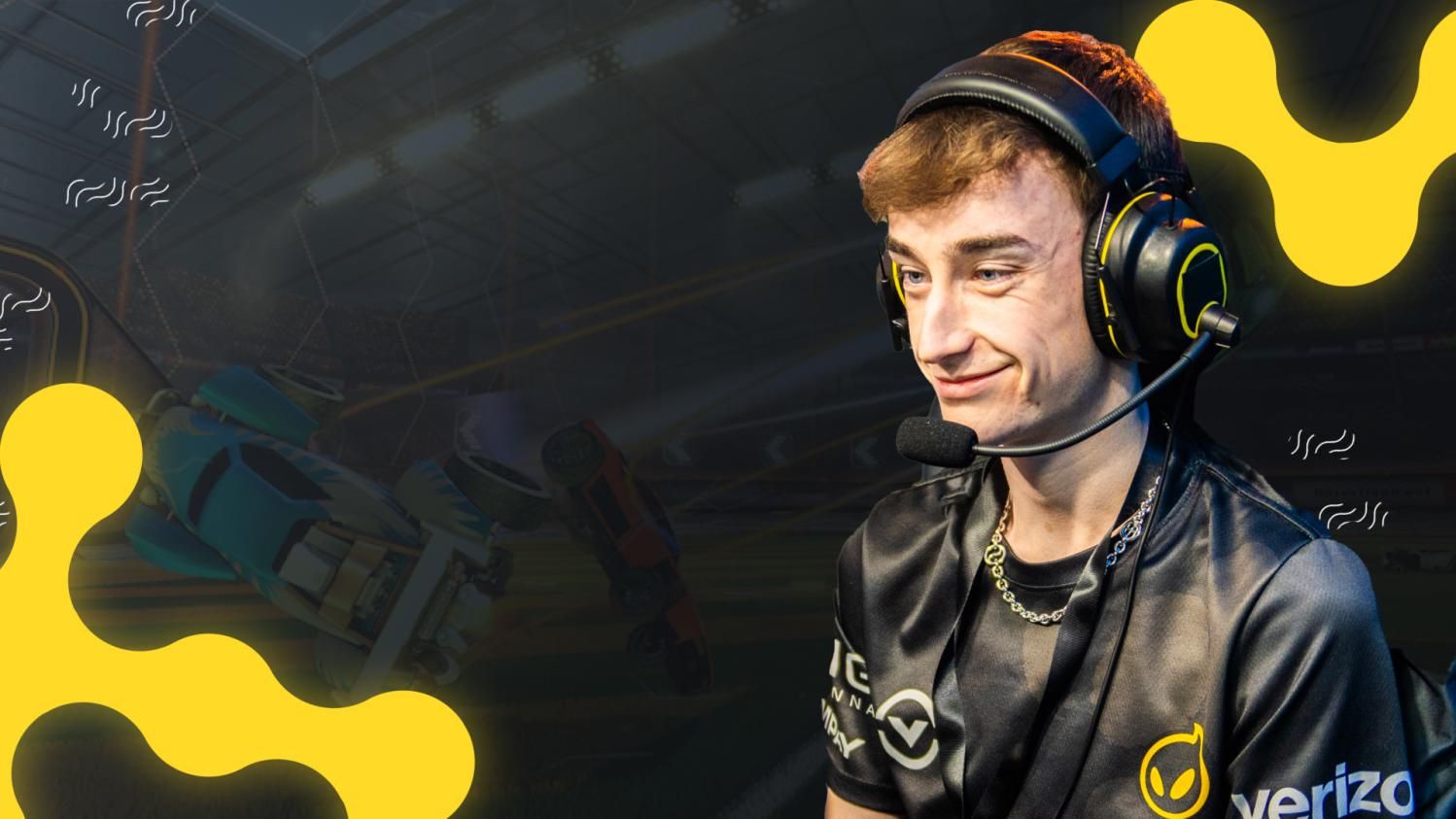