Boost is one of the defining characteristics of Rocket League. It’s what allows us to make flashy plays, move about the pitch quickly, and get ourselves to the right place in as little time as possible. Making sure you always have enough boost is crucial, so we’ve enlisted the help of Dignitas’ own Jack “ApparentlyJack” Benton to help go over some ways that you can be as efficient as you possibly can with your boost.

Let’s talk a little bit about small pads. Now, getting 100 boost in an instant is very helpful. However, loading up on small pads can be just as effective, especially if you aren’t anywhere near the full boost.

I think that people don’t realize that the small pads are placed in a way that rotation is based off. If you focus on the small pads, you’ll notice that they’re everywhere you should be going – so you can path your car through those pads. In a few seconds, you can get like 60 boost. People focus on the big pads too much.

Psyonix did not place the boost pads randomly about – there was intention behind it. It’s in your best interest to start thinking of the pads as waypoints to where you want to go.

I think the best thing to remember is not being afraid to turn off ball cam, that way you get the position of the boost pads in your mind. Over time, it’ll just become muscle memory. Also, you can go into free play, turn off unlimited boost, and just drive over pads. You’ll naturally pick up the path from muscle memory. 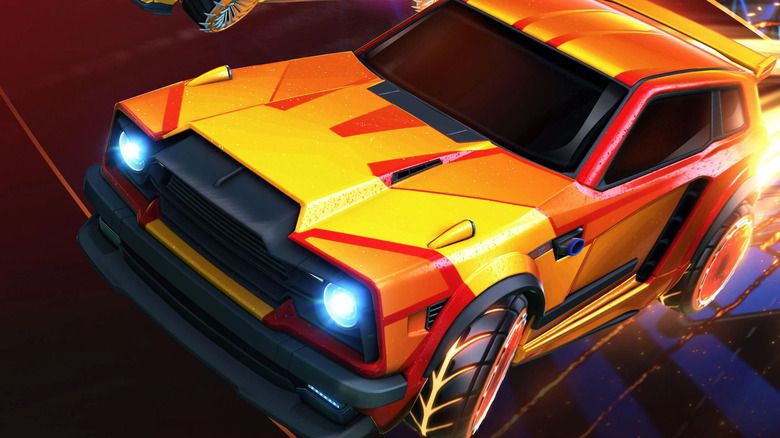 It may sound simple, but at the same time, everyone is still guilty of driving back to net without picking up a single pad, or going way out of their way to pick up that juicy 100 boost. The biggest thing here is trying to break your bad habits, which is certainly no small feat. The mental side of Rocket League is just as significant, if not more significant, than the mechanical side. However, the more intentional you are about this, the easier it’ll be, and eventually it’ll just become your new habit. But what’s a good way to make progress towards getting to that point?

Once you drive around the map in free play and get the boost pad mapping down in your head, hit the ball as hard as you can on each touch and keep going for it over and over again. While doing this, pick up as many small pads as you can. That’s a slightly more realistic version of what it’s going to be like in a game. When you’re going for a ball and there’s a small pad really close to you, you might as well grab it!

Hanging on to Boost

Now that we’ve talked about efficient ways to refill your boost, it’s time to talk about what to do with it and how to make it last!

One simple way to help conserve your boost is mixing dashes into your game. Even if you have an adequate amount of boost, you can still use a dash to pick up speed, saving you boost to make a play on offense or defense.

“It’s very important to use dashes because it allows you to gain speed without having to use your boost. Sometimes players can overdo it and put themselves in the wrong position, but if you find the balance, you’re going to be a lot more efficient moving around the pitch.” – ApparentlyJack

The wave dash is a very simple mechanic that you can pick up pretty quickly by repeating it in free play. To do it, start by lightly tapping your jump button. Then, tilt your car backwards so your back wheels touch the ground. At the moment this happens, jump again and flick your joystick forward, making you front flip. Because your back tires are already on the ground, this will essentially slam your front tires on to the ground, and will give you a quick burst of speed without expending any boost.

Of course, there will be a lot of situations in Rocket League where you’ll have to use your boost. Don’t be afraid to use it whenever it feels necessary – that’s what it’s there for. However, there are times where players are far too wasteful with their resources.

Don’t try to do too much. I know it sounds silly, but getting back too quickly is sometimes really bad because you put yourself and your team in an awkward position. So, don’t think you have to recover extremely quickly all the time. Even if you do have to recover quickly, don’t overcomplicate it with lots of air rolling and boosting. A lot of players will see their cars going one way and they’ll try to boost in the other direction, which uses a lot more boost than if they boost into the way the car is naturally going. 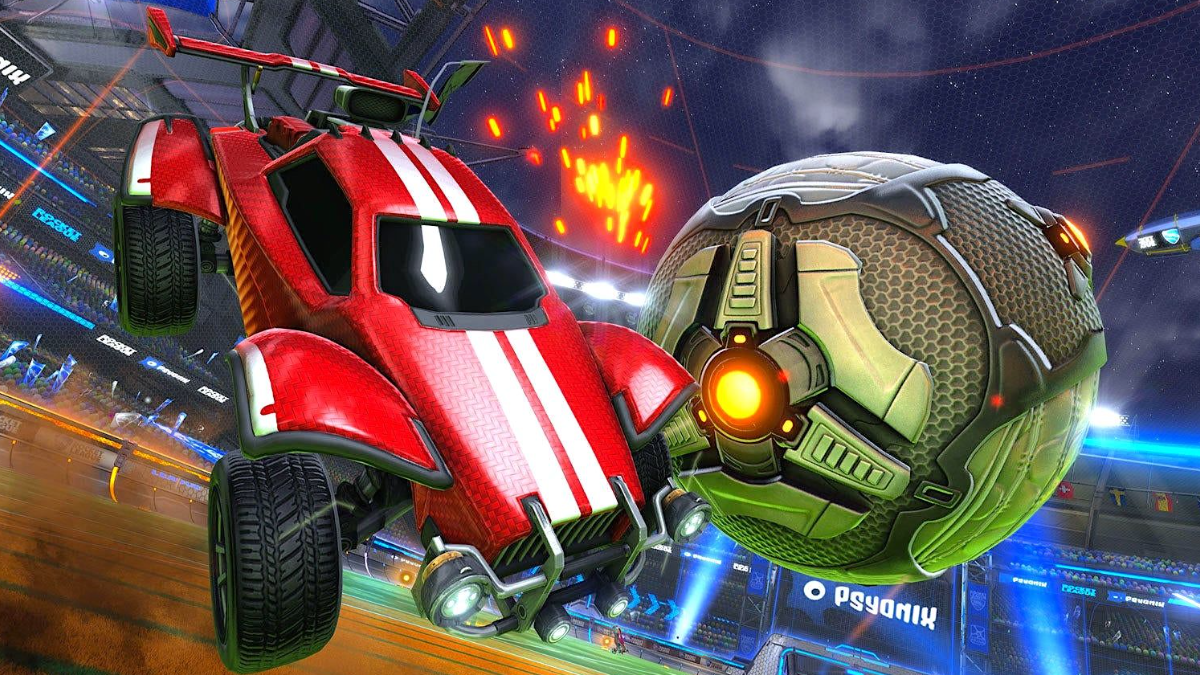 The key thing to take away here is to use your car’s momentum to your advantage. Harshly changing directions is going to slow you down immensely. In addition, if you do want to change directions, be sure to always utilize the power slide mechanic. When you land after challenging the ball, it’s great to get in the habit of tapping your power slide button every time. This will make you lose a lot less of your momentum, which is important for rotating back in to position. And when you do that, it’s important to be mindful of both how the play is developing and what your boost situation looks like.

Sometimes, staying a bit more outside your net on the way back is going to give you more vision of the play and more space to push in to. Don’t just use boost for the sake of getting straight back to net all the time. Then, you may find yourself in net really early with less boost than you could have had. Just be really mindful of how you use it getting back.

Boost is a simple part of the game. But, if you are able to maximize your efficiency with it, it’s going to make you able to make a lot more plays than those who are more wasteful with it. We asked ApparentlyJack for one final tip that he feels doesn’t get talked about enough, and here’s what he had to say:

The main thing you have to remember is that you’re probably not going to score off the first ball you hit. You always want to be trying to put the ball into awkward positions and get it set up for a really good chance. I think a lot of players use all of their boost on the first attacking opportunity that they get because they think that they have to score there. But it’s more efficient to use less boost to, say, hit the ball into your opponent’s corner and make it awkward for them. 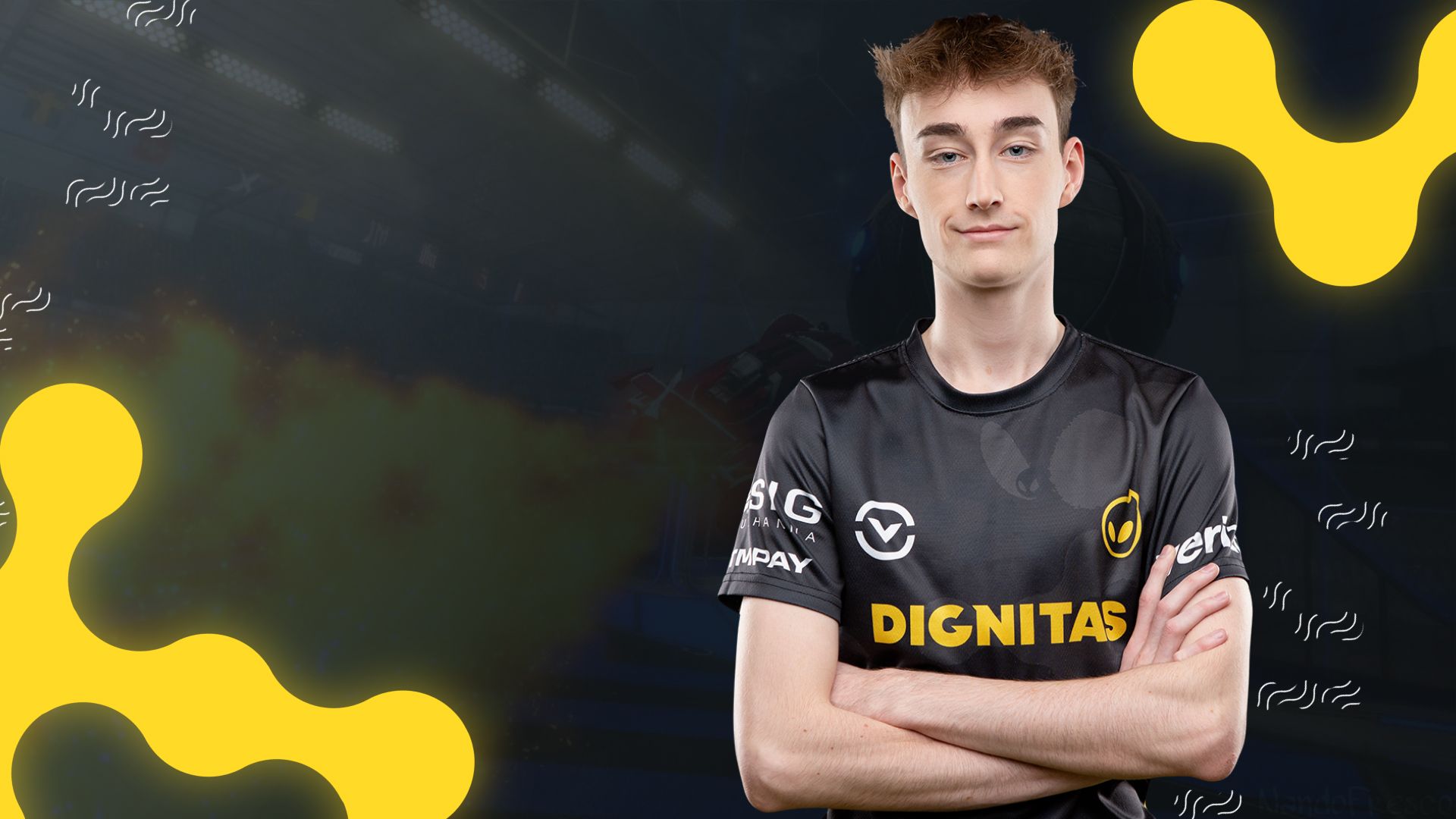